Did you know putting in more time in the saddle can help you in the sack?

Did you know putting in more time in the saddle can help you in the sack? 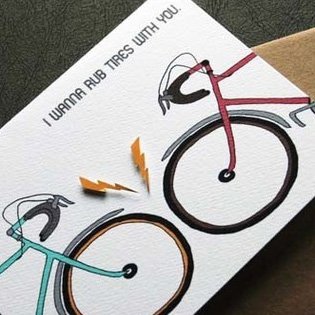 Here’s all the proof you need:

According to the Centers for Disease Control and Prevention, overweight people are at increased risk for high blood pressure, diabetes, heart disease, cancer, and more—any of which can ruin your sex life. Another tidbit to spur along male slackers: Abdominal fat can add up around the base of the penis, making it appear smaller. You can “lose” 2.54cm of penis for every extra 15kgs you carry.

RELATED: How to Manage Diabetes while Riding

It’s difficult to remain amorous when job and family pressures hang over the bed like a black cloud. But throw a leg over the saddle and you throw stress out the window. “Aerobic exercise, such as cycling, is considered one of the healthiest ways to relieve stress,” says Scott Saifer, exercise physiologist and CEO of Wenzel Coaching.

A study conducted by the Harvard School of Public Health showed that men over 50 who kept physically active were 30 per cent less likely to suffer from erectile dysfunction than men who were inactive. In fact, according to the researchers, the most physically active men seemed to have the sexual ability of men two to five years younger.

A University of Texas at Austin researcher found that vigorous exercise—specifically, cycling—helped increase sexual arousal in women, both subjectively (the women reported being more aroused from an X-rated movie after a brief ride than they were without the ride) and objectively (blood flow to the genitals was significantly increased).

Testosterone is directly related to sex drive in both men and women, making us want to have sex, pursue sex, initiate sex, and perhaps dominate the lovemaking. A study at Britain’s University of Newcastle upon Tyne found that older men who exercise regularly produce more growth hormone and testosterone than those who lead an inactive life. Regular exercise can boost testosterone levels in women, as well—proof that regular rides will make you want to ride regularly.

RELATED: 7 Signs You’re Riding Too Hard – And What To Do About It

Riding on a regular basis increases the frequency of coupling. In an Archives of Sexual Behavior study, 78 sedentary but healthy men (average age 48 years) participated in a moderate aerobic exercise programme—mainly cycling and jogging—three to four days a week for nine months. At the end of the study, the men reported a significant increase in their sexual arousal, activity, function and satisfaction. One inspiring example: Their frequency of intercourse went up by 30 per cent.