Hunter rose to fame however when he made his Tour de France debut in 2001 for Lampre–Daikin – becoming the first South African to take part in the world’s most famous bicycle race.

From 2001 until he retired in 2013 there was no better known South African cyclist than Robbie Hunter. The former Rabobank, Phonak and Barloworld sprinter, turned sports agent, took part in sixteen grand tours during his professional career; which started in 1999. He rose to fame however when he made his Tour de France debut in 2001 for Lampre–Daikin – becoming the first South African to take part in the world’s most famous bicycle race.

Now, six years on from his retirement he will make his Absa Cape Epic debut; alongside fellow former professional road racer Rene Haselbacher. The pair will be representing Hunter’s sports management agency ProTouchGlobal and Haselbacher’s cycling apparel company RH77; forming PTG/RH77. While they qualify for the Dimension Data Master’s Category, how competitive they will be remains to be seen as Hunter claims to have hardly cycled in the years since his retirement… 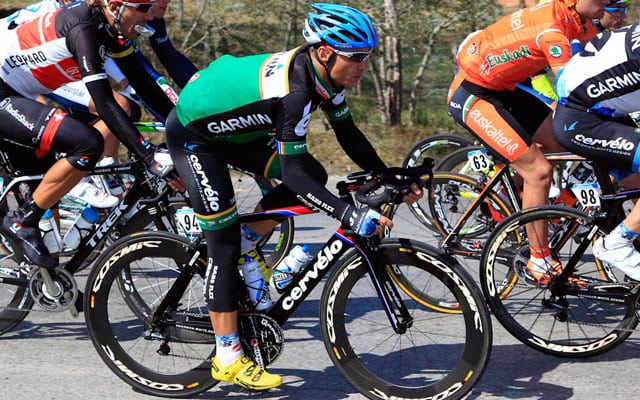 “I stopped competitive racing in September 2013 and since then I’ve actually ridden very little” Hunter confessed. “It seems the change from being a professional to normal life went possibly way too easily for me and I never really looked at my bike much. I kind of enjoyed the lazy mornings and no diets” the winner of Stage 11 of the 2007 Tour de France laughed.

“One thing I did do every year is the ‘Change a Life’ cycle tour which is a charity based event that has a number of incredible projects it supports. For seven years now, for one week a year I suffer on a bike with another 70 people; but it seems every year has gotten harder and harder, or I’ve gotten fatter and lazier” Hunter said with a self-deprecating smile. “So the Absa Cape Epic decision seems to have come at a great time to get myself back motivated and fit again.”

“I have to say I’m not super fit like I was and I definitely won’t ever be there again” he acknowledged. “But I’m super happy to be back on the bike and enjoying cycling as it’s an amazing sport. Actually I have to say thanks to the Absa Cape Epic organisers for every year knocking on my door to come do the event.” 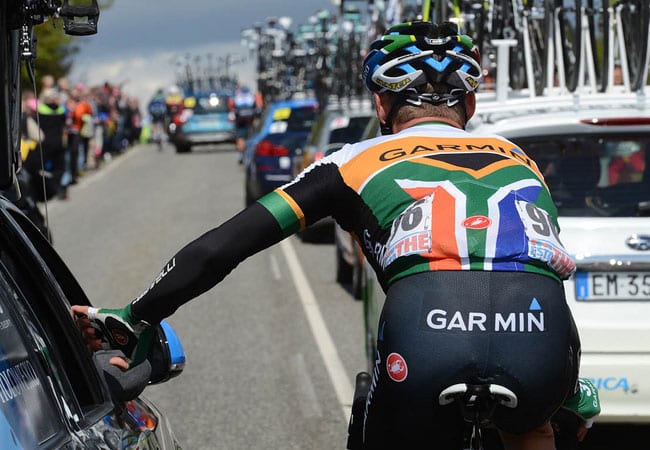 Times have changed since his days in the pro peloton. “There is definitely a trend in sport that people are less conservative these days. By that I mean more athletes are using other sports as cross training or even racing” he said in reference to Aleix Espargaró, who will be racing the Absa Cape Epic between MotoGP events.

“In the past road cyclists never went near a MTB or cross bike. Today so many people use them on a regular basis to keep the boredom out of their job by mixing it up a bit. But not only that, mountain biking and cyclocross has definitely brought road cycling a number of champions of the past fifteen years. Look at Cadel Evans, Dario Cioni, Miguel Martinez, Peter Sagan, Ryder Hesjedal, Marianne Vos, Sven Nys; and most recently Wout van Aert and Mathieu van der Poel. Both of whom are world cross racers and have already made huge impressions on the road. The sports are so different but what we have seen is that any one and every one can enjoy all the disciplines of cycling in fact it should be encouraged. And secondly is that with a bit of real practice world class athletes can make the switch and still be at the top of the game in a new discipline.”

Haselbacher will aid Hunter in his bid to finish the Absa Cape Epic or perhaps even surprise some of the more fancied Dimension Data Master’s teams. The Austrian, who rode for Gerolsteiner and Astana during his eleven year professional career, splits his time between Austria and South Africa. He has three Absa Cape Epic finishes to his name, but the most recent of those came in 2015. Whether Hunter and Haselbacher will live up to RH77’s “look fast, ride slow” motto or take the racing to the other riders over the age of 40, only time will tell.