SA’s Top Triathlete Shows Why Variety Is Key To Success

SA's top triathlete taking ‘year of fun’ to next level 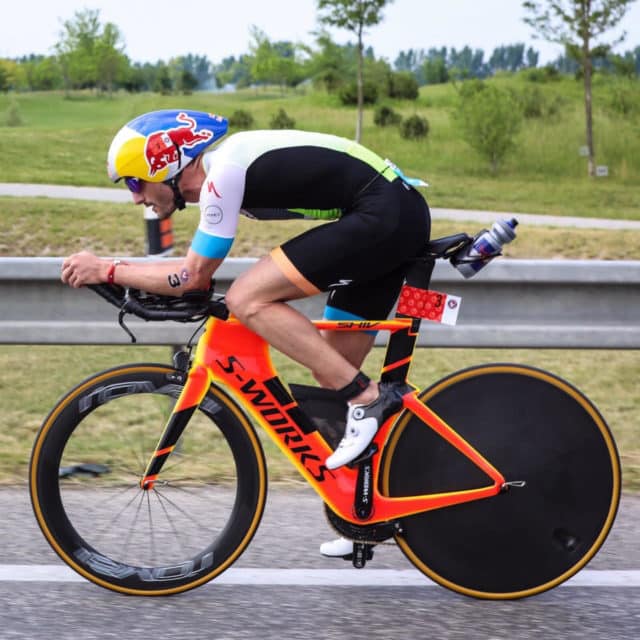 He has labelled 2017 as his year of fun and currently Richard Murray is taking his versatility and performances to the next level by – within one week – finishing in the top five of his first ever 70.3 race and then winning a Bundesliga sprint race.

The South African triathlete decided to do things somewhat different in the post Olympic year by adding various non-traditional races to his calendar. On the first Saturday of the month Murray made his first ever appearance in a 70.3 distance race – that is half Ironman distances. He finished fifth in the race in Slovakia. This past Saturday his won the Kraichgau leg of the Bundesliga in Germany. It was the third time Murray won this race and his fifth victory of the season.

“So the focus of this year is having fun and the plan is to do things I’ve wanted to do for the past few years but just could not fit in the schedule,” said Murray after his race in Slovakia.

“The Championship by Challenge was my first planned 70.3-distance race and I knew that I needed a lot of preparation in order to be successful and have a good first time out on a long course. I headed to Morgan Hill, California after the WTS Gold Coast race and got my new Specialized Shiv. I spend some time in the wind tunnel for aerodynamic testing. This was all part of making sure that I was as fast as possible on the bike and also that my bike setup was comfortable for the 90km ride.”

After preparing well and training hard in the weeks leading up to the race in Slovakia, Murray finally lined up for his Half Ironman debut.

“On race day I believe I was in some of the best form I’ve been all year. I could not have asked for a better swim as I came out of the water in the top five. The 90km ride was the game changer of the event and I knew that I needed to pace myself in order to have a good quality fast run off the bike for my first half-marathon.

“I wanted to ride 280 watts average and I went harder as I noticed the body felt strong and in control. I did 309 watts for the first 45km and 289 for the next 45km. It was truly painful in the last 30km and having to hold the watts was no easy task! I did feel though that I gave it a good go.

“Coming off the bike I was in the top 10, but I lost around 10 minutes to athletes who specialise in this distances. I really struggled to run after I got off the bike, but I have heard that this is a usual thing apparently as the body gets very stiff for the TT position.”

Murray’s plan was do to the run in 1 hour and 5 minutes, but a tricky course and aching body had other ideas.

“There was plenty of sand and grass on the route and that slowed the pace. The heat without any wind made for some extreme weather conditions as well. Over the first 10km I went through in a good pace of 35 minutes, but then the suffering really started.”

For Murray it was a case of just keeping his mind focused. “The last 3km was brutal and I knew that I had to keep it together if I wanted to cross the finish-line!”

In the end he ran a 1:15 and according to Murray he can’t be unhappy with that performance. “I will never forget my debut! Thank you to all my sponsors who helped making this dream a reality.” – Bicycling staffer