With This Close a Race, Froome Can’t Get Comfortable in Yellow

Another aggressive, unpredictable stage saw teams and individuals jockeying for for the yellow jersey, with some of the tightest margins in Tour de France history.

Another aggressive, unpredictable stage saw teams and individuals jockeying for for the yellow jersey, with some of the tightest margins in Tour de France history. – Joe Lindsey 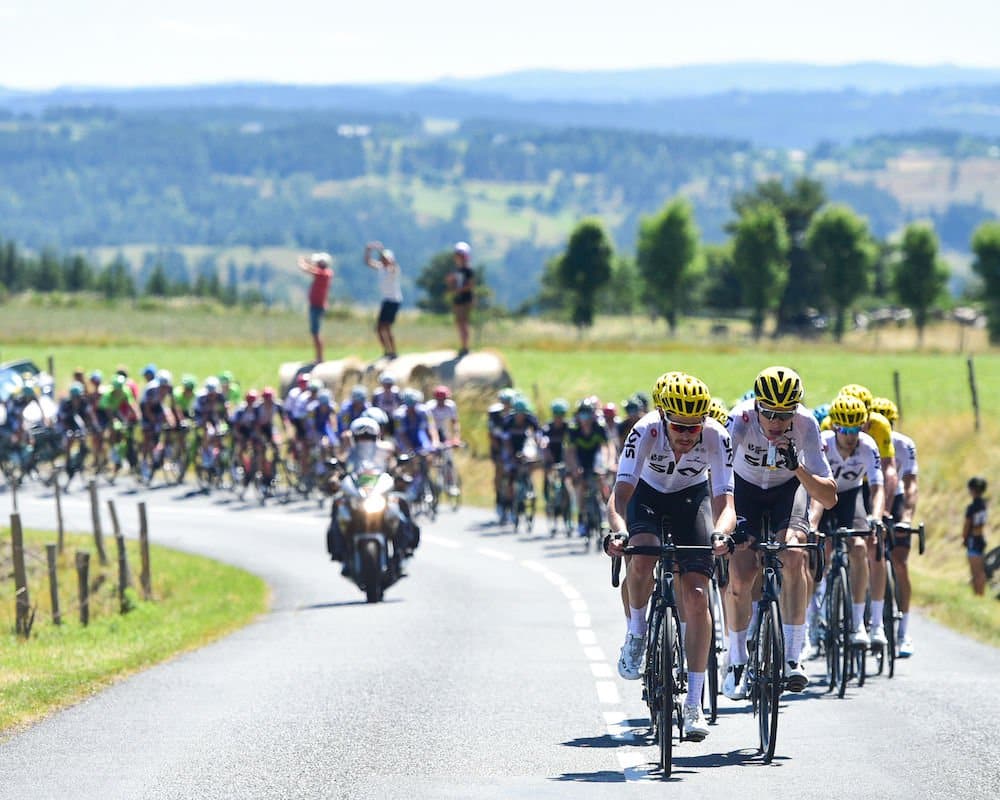 When the Tour de France schedules a stage for a weekend, pay attention. At first glance, Sunday’s Stage 15 didn’t seem have the profile of a blockbuster throwdown by the favourites, but Tour organiser ASO knows that weekends provide the highest TV ratings, and they often schedule stages to match— Sunday’s didn’t disappoint.

The Closest Race in Tour History

We saw Alberto Contador try an early attack, then third-placed Romain Bardet’s Ag2r-la Mondiale team pushed the pace hard to crack other favourites like Chris Froome. Late attacks by other GC riders like Dan Martin, made for aggressive, challenging racing throughout the day.

That the GC saw only minor changes in the end isn’t an indication of how hard this stage was. Forced to chase Contador early, Froome’s Sky team quickly lost two riders. Then Froome had a mechanical problem while the race was full-gas under Ag2r’s force, and he was briefly isolated in the chase. Ultimately Mikel Landa dropped back from the favourites group to pace him back on.

And Martin’s cagey attack in the final kilometres saw him leapfrog Landa into fifth overall, reducing his gap to 1:12; at this point he’s clawed back half a minute of the deficit he accumulated after the disastrous crash on Stage 9. It bears repeating that the general classification entering the second rest day is tighter than any Tour in history. Six riders are within 2:02 of Froome, and three are within 30 seconds of the race lead. 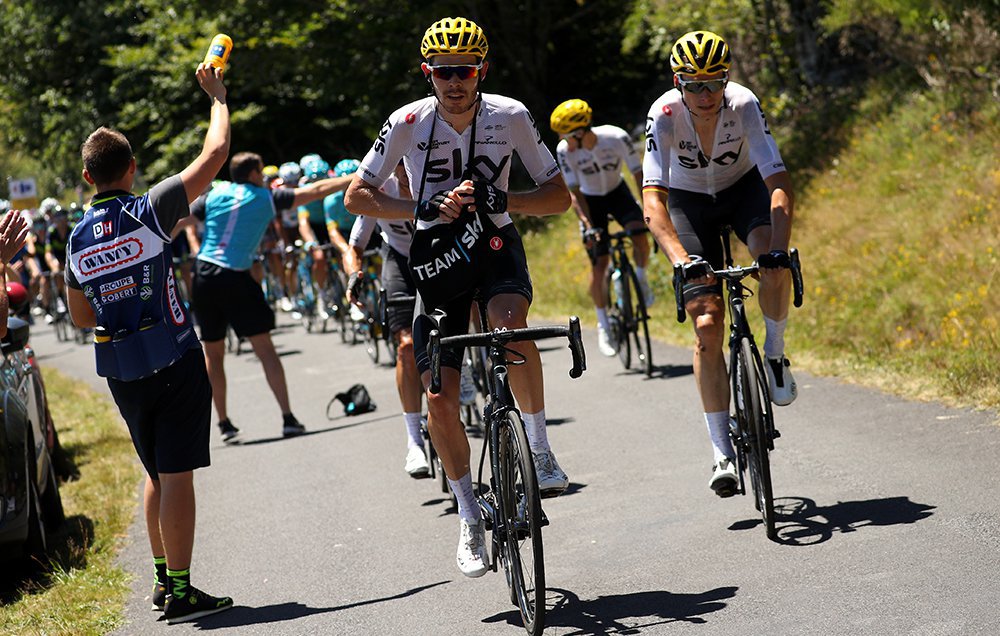 That sets up a tense and aggressive pair of Alpine stages on Wednesday and Thursday, where Aru, Bardet Uran and Martin will have to attack, not merely to gain yellow but pad a lead ahead of Saturday’s now-crucial final time trial, where Froome will have the advantage. To make things even more nail-biting, the longest stage of the Tour precedes that time trial showdown, adding the risk of major time splits in the pack as they battle the heat and crosswinds of Provence.

Among the riders caught out by Ag2r’s aggression today: Nairo Quintana. The Colombian climber was dropped late and ended up conceding four minutes, taking him well out of the hunt for a podium.

Nairo’s dad, Luis, blames his Movistar team, telling a Colombian news outlet that the team pressured Quintana to try the Giro-Tour double. He said Colombians are upset because the team is “burning out Nairo,” according to Noticias Caracol. Notably, Senor Quintana’s comments came three days ago. Wonder what papa thinks now?

With his attack today, you might think Quick-Step’s Dan Martin has recovered from that awful, high-speed crash on Stage 9. Maybe not so much. Martin has certainly been able to fight hard on the bike, but it’s not without cost; he’s been dealing with back pain ever since his crash with Richie Porte.

The Dutch broadcaster NOS shot this video two days ago of Martin immediately after the stage finish in Foix, and it’s quite honestly painful just to watch Martin dismount his bike, freeze for a moment and then hobble to the team bus like a man more than three times his age.

You know who’s in the top 10 overall, but what about the race’s other competitions? Here’s a rundown:

Points (Green Jersey): Quick-Step’s Marcel Kittel still leads comfortably here courtesy of his five stage wins, but Sunweb’s Michael Matthews is taking full advantage of the lumpy stages across the Massif Central to bite into Kittel’s lead. He picked up 30 points for the Stage 14 win for a net of 29 since Kittel beat him in the intermediate sprint. And then he took 20 more at today’s intermediate sprint, with zero for Kittel. Kittel still has a 79-point advantage (373 to 294) but it’s narrowing. No one else is even close here. There are two likely sprint finishes left and a possible third, all of which favour Kittel, so Matthews would have to score serious points on stages 16 and 17, with Kittel drawing almost none, to really have any shot at taking the lead.

King of the Mountains (Polka Dot Jersey): Frenchman Warren Barguil (Sunweb) added to an almost unassailable lead today in the competition for the race’s best climber. In the break, he soaked up top points on both of the Category 1 climbs and has a 78-point lead (116-38) over second-placed Primoz Roglic of LottoNL-Jumbo, who is not known as a climber. Third is Lotto-Soudal’s Thomas de Gendt, at 36 points, who is. But there are only 90 points left, meaning that to win, de Gendt would have to win every climb—including the Izoard summit finish against top GC competition—with Barguil scoring fewer than 10 points overall.

Neither of these competitions is mathematically out of reach, but the odds of either jersey changing hands now are little bit like that scene from Dumb and Dumber where Lloyd interprets Mary’s “one in a million” odds of them ever getting together in the most positive way possible.

Best Young Rider (White Jersey): Simon Yates of Orica-Scott has had a firm grip on the best young rider competition since the Pyrenees. He’s a solid 3:07 ahead of UAE Abu Dhabi’s Louis Meintjes, and looks sharper than the young South African. No one else is even close to these two.

We don’t see Yates cracking in the Alps, which means that, come Paris, he could make Tour history: the first time in the 41-year history of the competition that brothers have ever won the white jersey, let alone in back to back years (Simon’s twin brother Adam won in 2016). Both riders turn 24 in three weeks, meaning Orica-Scott is pretty set for GC contenders for the coming years.

Stats of the Tour de France

We’re at the second rest day now, with just six stages to go. Here’s what’s gone down so far: