It's hard to see this Tour playing out otherwise, but there are four remaining stages where other GC contenders could mix things up.

It’s hard to see this Tour playing out otherwise, but there are four remaining stages where other GC contenders could mix things up. – By Joe Lindsey 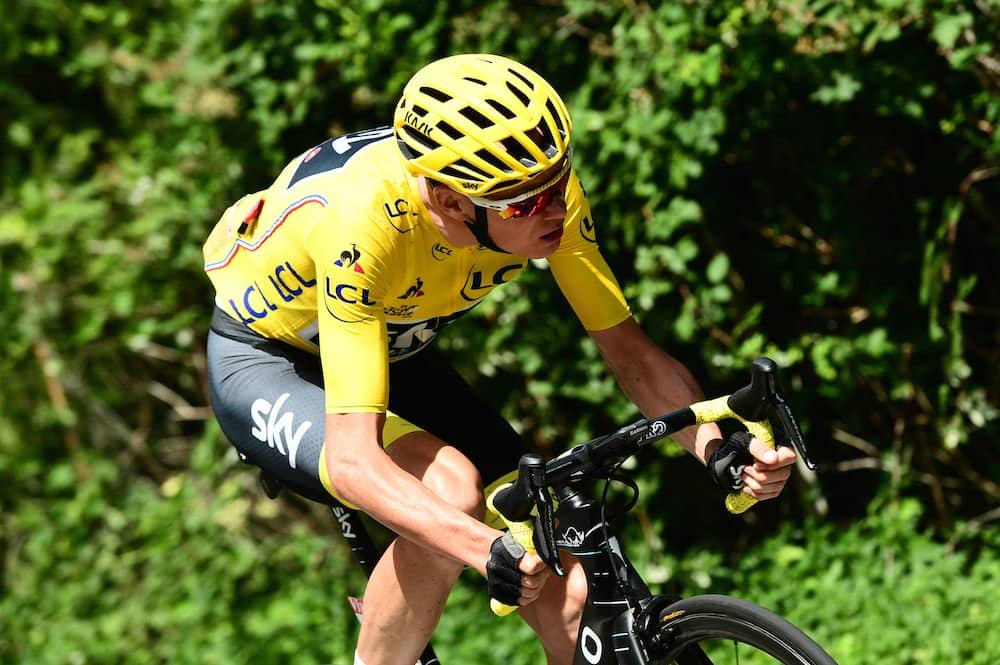 As we saw on Stage 9 of the 2017 Tour de France, anything can happen on any day.Richie Porte of BMC, for example, looked to be Chris Froome’s biggest challenger for the overall victory. And Porte was well-placed—both on GC, where he was fifth, and on the road: sixth wheel in the elite group of the yellow jersey. It was the race’s hardest stage, and on terrain Porte knew well and had performed on earlier in June—when disaster struck.
A misjudged corner, a wheel locked up and Porte’s Tour (and maybe season) was over, almost taking Dan Martin’s with it. And Froome himself lost teammate Geraint Thomas to an earlier crash. So: anything can happen.That aside, Froome looks to be well in control of this year’s Tour. Already, two of his biggest rivals in Porte and Alejandro Valverde have gone home. Valverde in particular would’ve been a tough competitor on a stage such as today’s, but his stage 1 crash-DNF meant the battle never materialised.https://twitter.com/BMCProTeam/status/884086753379876864 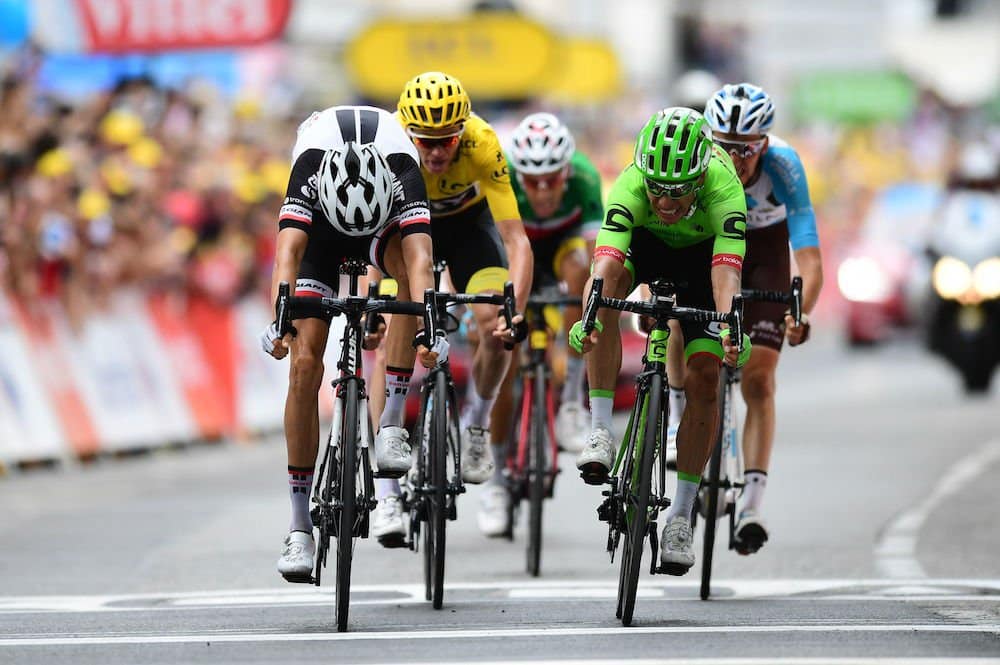 Froome enters the race’s first rest day with a scant 18 seconds’ lead over second-placed Fabio Aru. But that’s two seconds more than he had at the first rest day of the 2016 Tour. As well, the GC is stretching out. Last year at the first rest day, 10 riders were within one minute of Froome on overall time. This year, the top 10 stretch out over 3:53. Realistically, only a few riders in this year’s race have a legit shot at dethroning Froome.

And neither Aru, nor Romain Bardet, nor surprise GC contender Rigoberto Uran, are legitimate challengers to Froome on the Stage 20 time trial. Dan Martin, who amazingly hopped right back on the bike after getting caught in Porte’s high-speed tumble, would be far higher on GC were it not for losing 1:15 in the crash, and may be an outside threat. And Jakob Fuglsang is an unknown, riding better than at any point in his career. So where would they challenge? There are really only four spots:

The Pyrenees get a bit of a cold shoulder from the Tour this year, avoiding some of the most punishing climbs. The longest of the mountain stages, this 214.5km epic could be a spot for a strong team like Bardet’s Ag2r-la Mondiale outfit to make Sky work. It’ll require a modification of their Stage 9 tactic, which confusingly saw them put riders in the break AND set the pace in the pack for Sky. If Ag2r can put a rider like Jan Bakelants or Alexis Vuillermoz in the break again and other teams are aggressive, it could make Sky take up the chase and burn out its strength earlier in the race. The goal would be to isolate Froome on the penultimate climb of the Peyresourde and for Bardet to attack and hold a gap on the final short climb up Peyragudes.

This would be an all-in gamble, best-suited to a team like Astana with two leaders. The tactic: put teammates in the early break, including fifth-place Fuglsang. Because the stage is short, it’s more suitable for long-range attacks. And a rider like Fuglsang would have plenty of high-powered company in the form of riders chasing the KoM jersey or whose GC hopes have taken a hit and must now salvage stage wins (Rajal Majka and Alberto Contador, anyone?). Again, the goal is to make Sky race super hard from the gun and burn out most of their team over the first two climbs. The problem is that the final ascent, the Mur de Peguere, is still 25km from the finish in Foix: time enough for Froome to find allies on other teams, even if isolated, and claw back the attack. And if it doesn’t work out, it might kill Fuglsang’s own GC. The move is predicated on Astana being willing to sacrifice one of its leaders for the other: a hard sell. 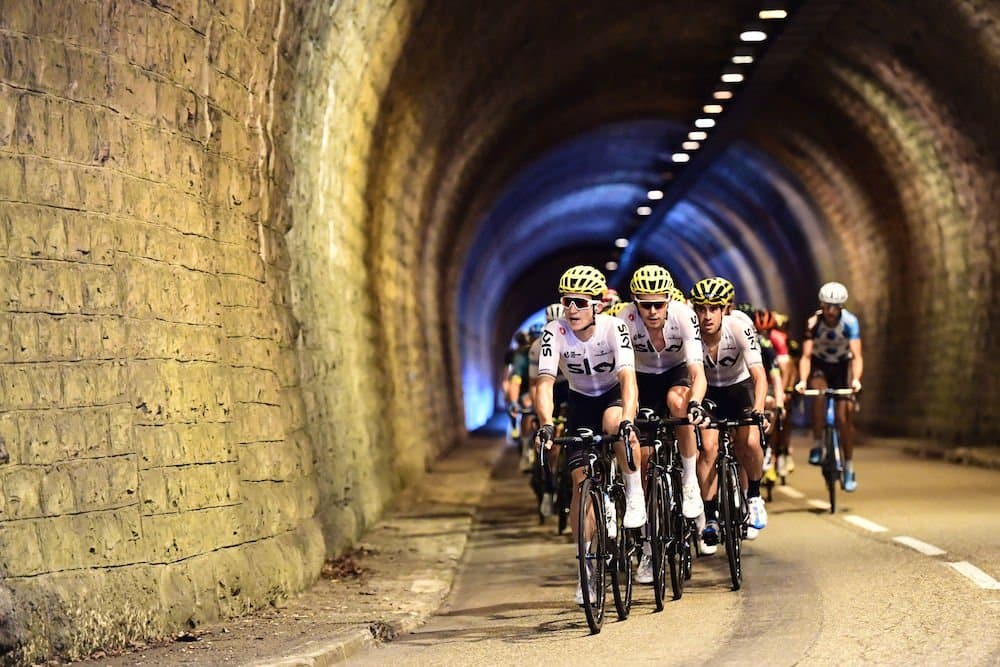 This one might come down to weather. As with Stage 13, the final summit of this stage is almost 30km from the line. The lure here is the double-ascent of the Col du Telegraph and the Col du Galibier, a total of 27km of climbing that will burn out lots of riders. The key weather factor is likely wind: after the racers get off the switchback section of the Galibier descent, they face a long, gentler downhill ride down-valley to Serre-Chevalier. If the wind is coming up valley, there’s no reason to burn matches here: a pack will regain time on small breaks. But if it’s a tailwind, expect attacks to go clear. This might be a good spot for a solo gambler like Dan Martin, who is adept at reading race conditions and improvising on the fly.

If at this point racers have failed to dislodge Froome, they have one last option: try to drop him on the only true long summit finish in the race, the Col d’Izoard, which is also the race’s highest point at 2,360 metres (7,743 feet). Nothing tricky tactically about this one: you sit in and save your strength, and then attack high up on the slopes, perhaps on the nine-per cent ramp shortly before the brief downhill section at the Casse Déserte. The Tour has gone over the Izoard twice in recent years, but it’s never been a summit finish.

To work, an attacker must get enough of a gap to lead Froome by at least a minute on GC, as Froome’s TT skills can easily pull back 2-3 seconds a kilometre on the final TT course in Marseille. If Uran’s form is holding or getting better, this might be his spot. This stage is likely the one Froome fears the most: it’s late in the Tour, the summit finish makes it an unknown quantity, and the altitude can affect riders in unpredictable ways. It would be completely unsurprising to see one or more of the top 10 riders on GC blow up spectacularly. Froome just has to hope it’s not him.

Ultimately, I don’t see that happening. Froome is now immensely experienced as a Grand Tour rider, confident in his form and equipped with a complete set of skills: he can climb, TT and descend in the dry or wet. He’s tactically astute and makes good decisions about when to be aggressive and when to be cautious, and rarely panics. And he has what looks to be the race’s strongest team, with three teammates inside the top 15 overall. On paper, Froome’s it to take a fourth. But, as we saw on Stage 9, anything can happen.