Here’s how to make sense of the trove of information provided by power meters.

If you’ve been looking to get faster (who isn’t?), chances are you’ve decided to pull the trigger and invest a power meter. What was once a piece of gear with a serious premium, power meters are now more affordable than ever and available in a variety of applications.

Crank-based power meters are the most popular and widely used, but other alternatives such as power-integrated pedals or hubs are also available. Once you’ve settled on the best one for you, you need to understand all of these new training metrics to get the most out of it. Not surprisingly, the relationship between power and fitness is a complex topic that is still being interpreted by coaches and athletes, but even the simplest metrics can provide valuable insight into your efficiency and potential on the bike.

Here, we break down power meter metrics to help you understand exactly what you’re looking at when you glance down at the screen. And no, it doesn’t take a rocket scientist to integrate them into your current training plan.

Power is the rate at which energy is used (energy over time) and is measured in watts. In cycling, energy is expressed in terms of work (such as how hard you have to work to ascend a climb). It’s a constant snapshot of your work rate at any given moment. It’s the building block from which all power-based training flows. One cool fact: A watt is a watt, whether on a bike or powering your home. So when Fortuneo-Samsic’s Andre Greipel unleashes 1,900 watts in a sprint, he could essentially power two houses at normal consumption level. Another comparison: One horsepower is equal to 746 watts.

Average power probably won’t be on your home screen, but it might be in the second or third menu. This is exactly what it sounds like: The average of your power output throughout the whole ride, just like your average speed readout. Here’s the key: It includes coasting, so as we’ll see in a moment, it’s only a part of how hard you rode (see Normalised Power). A Tour de France rider will average 220 to 320 watts for a four-hour stage; that’s an intensity most recreational riders can sustain for only an hour or so.

A basic unit of energy, the kJ has a happy confluence in that for most rides, one kJ becomes roughly equal to one kilocalorie (or what nutritionists just call a calorie). The actual rate is 4.18kJs = 1 calorie, but people range from 20 to 25 percent efficiency. So for every 100 calories burned in exercise, only 20 to 25 calories propel you forward and are measured at the power meter. The rest is turned into heat.

If you know your power output and time, you can calculate kJs, or calories burned. If you’re trying to lose weight, kJs are one measurement you can focus on, but our bodies burn a different ratio of fat to carbs at different exercise intensities (and they keep burning energy after exercise has ended), so it’s not entirely straightforward. But, a power meter keeps you honest about how much work you actually did, and how much fuel you actually need to power that workout. For reference, Tour riders will typically produce upwards of 3,000 kJs of work during a stage.

This is a vital measurement of how much power you can sustainably produce over a one-hour period and is a fundamental metric of fitness. It’s often expressed in watts produced per kilogram of body weight (see w/Kg). Want to test your own? The protocol is a 20-minute all-out time trial, typically on a steady climb. But pros often do a specific series of tests that ensures better accuracy. After a 45-minute warmup, perform maximal efforts in this order, with full recovery (5 to 10 minutes of very easy soft pedalling) in between each effort:

Your functional threshold power is 95 percent of your 20-minute power number. Neal Henderson, a cycling coach who has worked with Rohan Dennis, Taylor Phinney, and Evelyn Stevens, says that the threshold test must be preceded by the peak aerobic power test, or it will skew high.

Normalised power uses an algorithm to account for variables such as time spent coasting, or interval work with its short, sharp spikes in power output, to create an estimate of the power you could have sustained for an entire ride (or segment of a ride like a lap split) if you’d been averaging a constant power output. It will almost always be higher-than-average power because of the coasting aspect. Average power is still important, but normalised power provides a more accurate measure of the actual physiological demands of a ride.

Raw watts aren’t the most reliable metric of performance, because riders put out varying levels. A big rider like Katusha-Alpecin’s Marcel Kittel can generally produce higher watts on flat or rolling terrain than a climber like Nairo Quintana of Movistar, but since Kittel is much larger, he must produce bigger numbers to keep the same speed. Thus, a better measurement, especially on climbs, is watts produced per kilogram of body weight (that normalises the size difference). This is commonly used when talking about threshold power, but it factors in for the other tests as well.

How much better are Tour riders than the rest of us? A contender for the overall classification can produce just above 6 w/Kg on major climbs of the race. By comparison, a domestic pro could manage a best of 5 to 5.5w/Kg; a good, competitive amateur or masters’ racer can probably put out around 4 w/Kg, and an untrained person would struggle to produce 2.5 w/Kg. That’s right, a Tour pro can produce about 50 percent more watts than a competitive amateur racer and more than twice what an untrained person could.

RELATED: How Do You Compare To A Tour de France Pro?

Noted exercise physiologist Andrew Coggan developed this metric, called Training Stress Score (TSS), which is licensed by TrainingPeaks and used in its WKO4 coaching software, which Coggan co-developed, and also measured with devices like Garmin. It’s a measurement of the relative intensity of a ride, by measuring how much of your threshold power you produced and for how long. TSS is relative to the rider by fitness, not size, so two equal-size riders could get a different score for the same ride if their fitness varies. An all-out, one-hour effort gets a TSS of 100. Two hours, hard, is 150, and a century is about 225. A typical Tour stage can be anywhere from 250 to 400. TSS is valuable for determining when you’ve gone extremely deep and need to recover, and TrainingPeaks suggests that for training, it’s a more exact metric than kiloJoules of workload for a particular rider.

Just because power is a more precise measurement of training doesn’t mean you should give up on heart rate (HR). It still matters because this is your body’s response to the work. And it’s an important gauge for how you feel. Let’s say you go ride, and you feel awful on a climb; your heart rate spikes but your power just isn’t there. You might be overtrained or getting sick. An unusually high HR signals that something’s not right; you won’t get much out of training today, so you should head home and let your body rest. Likewise, a low resting heart rate will indicate that you are fulling recovered from the last workout, so you can get back in the saddle. 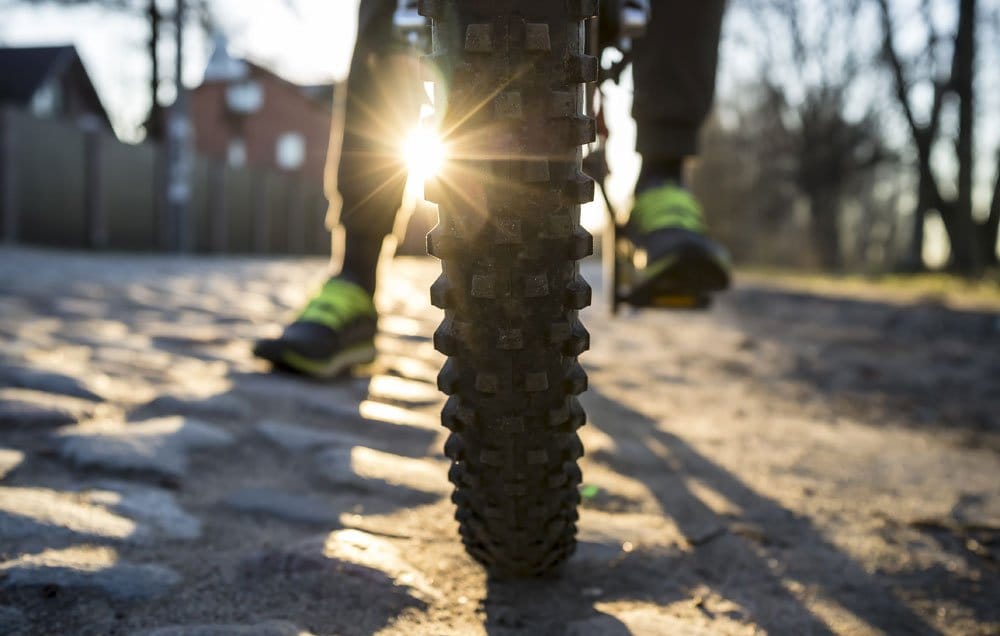 Power is equal to work over time, right? So there are two ways to increase your power: You can boost the actual force on the pedal, or you can increase the number of times the pedal goes around in a minute. That is cadence. If you ride with a power meter, you’ll notice that when you downshift and pedal at a higher cadence, it might feel a little easier at first, but your power actually increases. Even though you’re not putting the same amount of force into each pedal stroke, the increase in cadence means there are more pedal strokes per minute, thus more total power.