Exotic – and exorbitantly expensive – road bikes usually don’t impress me. I’ve ridden so many of them throughout my career as a product tester that I can judge them on performance and value the same way I judge a R10 000 entry-level bike. That said, this R215 176 custom Argonaut road bike does impress me. A lot. 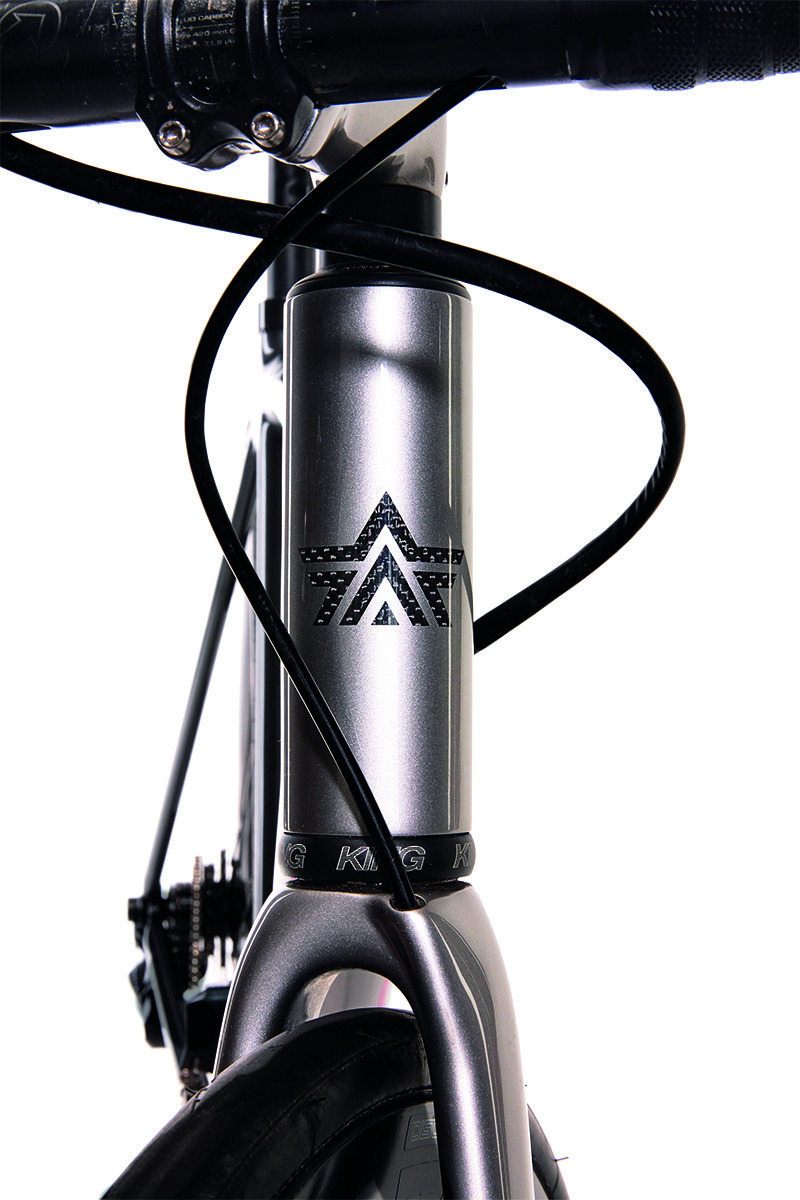 To start with, it has fantastic compliance on medium to large bumps, and mutes and damps vibrations and smaller bumps without dulling liveliness or feedback. That’s a combination that takes serious carbon wizardry to do well, which is something Argonaut founder Ben Farver seems to have in spades.

Somehow, the bike feels both calm and energetic. It’s reactive, and leaps forward when you punch it, without telegraphing a sensation of overboard stiffness to the rider. It’s a bike with perfect pitch and an exceptional ride.

Contributing to that punchy feeling is the low 6.9kg weight. When you’re out of the saddle and throwing the bike back and forth, it rolls effortlessly from hand to hand like it weighs nothing at all. And when you’re cornering, it flows like no other. You can tip into bends and make accurate line corrections without ever feeling off-balance.

Compared to the endurance-style and mixed-surface bikes that are currently dominating the road landscape, the Argonaut has a shorter wheelbase and more aggressive steering. Still, there’s a difference between quick-handling and twitchy; the Argonaut provides all the excitement of the former without the unsettling nature of the latter. It’s what makes this bike such a pleasure to ride hard.

Only a handful of us will be able to afford an Argonaut. But this bike is so special, I wouldn’t judge anyone – even those who can barely shell out the same amount for a car – for making questionable financial decisions just to get their hands on one. – Matt Phillips

PRICE: About R215 000, depending on exchange rate and import duties
GET IT NOW: argonautcycles.com 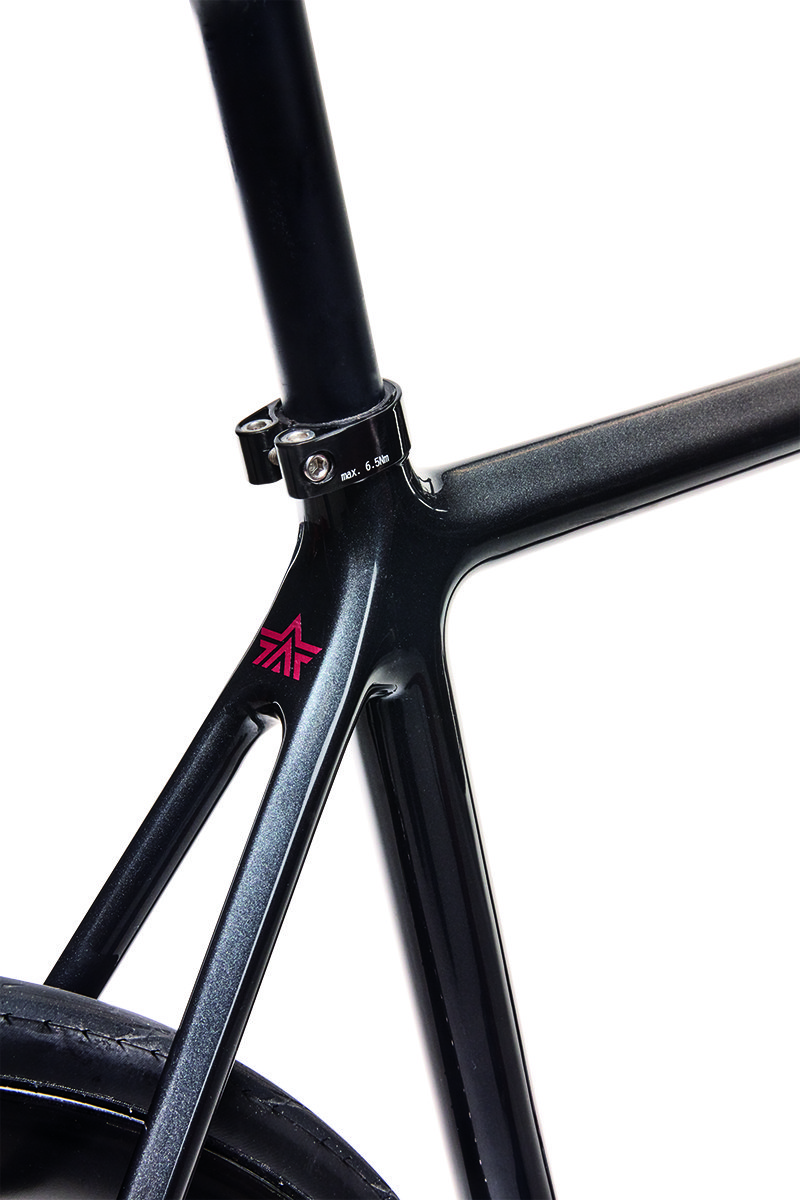 Ben Farver, 36, is the founder of Argonaut Cycles. Known today for his carbon frames, Farver started working with steel before turning to carbon as he sought more control over a bike’s characteristics. Argonaut turns out about 100 bikes a year and has five employees at its Bend, Oregon, headquarters.

When someone asks why an Argonaut costs upwards of R200k, what do you tell them?

It really comes down to labour. Laying up one-off, carbon, bladder-moulded, monocoque-style frames from raw material, on a per-customer basis, is super-labour-intensive. It takes four 10-hour days to make a frameset, between lay-up time and cure time, another two and a half days to build the frame, and another three to paint it. So we’re looking at two weeks of skilled labour, with overheads and medical aid. We also designed and engineered all of our own tooling. It just adds up.

You started with steel but transitioned to carbon. Why?

I wanted to get away from making bikes that were mostly pretty and crafty, with performance as secondary. I decided that I cared a lot more about performance and ride quality than I did about shiny doodads – not to say that shiny doodads aren’t cool…

With unidirectional impregnated carbon fibre, you have control of the flex characteristics of every part of the bike frame. You have the ability to dramatically change the way the bike feels and rides, based on the orientation of the individual strands of carbon.

So if you have two plies of carbon lying on top of each other with one turned 90 degrees, you’re going to have uniform flex characteristics in every direction. As you change that angle, you retain flex characteristics in certain directions and gain them in others. By using multiple layers of unidirectional carbon, and being very specific with the orientation of those fibres, you can tune the ride quality of the bike to a very fine degree.

With so many variables, how do you get it right?

We did a structural analysis of my favourite steel tube-set, True Temper S3. We looked at the flex characteristics of each of those tubes, and then we mirrored those in carbon. So we designed lay-up patterns that theoretically would ride like a True Temper S3.

That was my starting point. Then I rode five or six different lay-ups, making tweaks here and there – we added a lot of horizontal stiffness to the top half of the bike – to get my idea of a perfect riding bike. With our customers, we refine and tune their lay-up to be size- and power-specific. Everybody gets the appropriate amount of flex, and alternatively the appropriate amount of snap, out of their frame.

How should a bike ride?

A bike should be able to suck up road vibration. You should be able to feel what kind of road you’re on, but not to negative effect. When you put power through the bike, it should feel like it’s jumping out in front of you. It should feel super-light under your hands when you’re out of the saddle and climbing.

Its throw weight should feel like there’s not much underneath you. But when you’re descending, it shouldn’t feel twisty at all. It should feel rigid, and it should feel like it’s holding a line and tracking really well. A bike should also be comfortable enough to spend all day on. I think it’s possible to make a bike that you can use for a race, then take out and ride all of the next day.