The SystemSix is the new kid on the aero block, and it comes with a bold statement: claiming it’s the fastest, most efficient UCI-legal road bike!

Aero road bikes are nothing new, and most major brands have gone through several generations of them already. But through the years, Cannondale has stuck to its original look: round tubes and level top tubes.

Until now. The SystemSix is the new kid on the aero block, and it comes in strong with a bold statement: Cannondale claims it’s the fastest and most efficient UCI-legal road bike on the market. 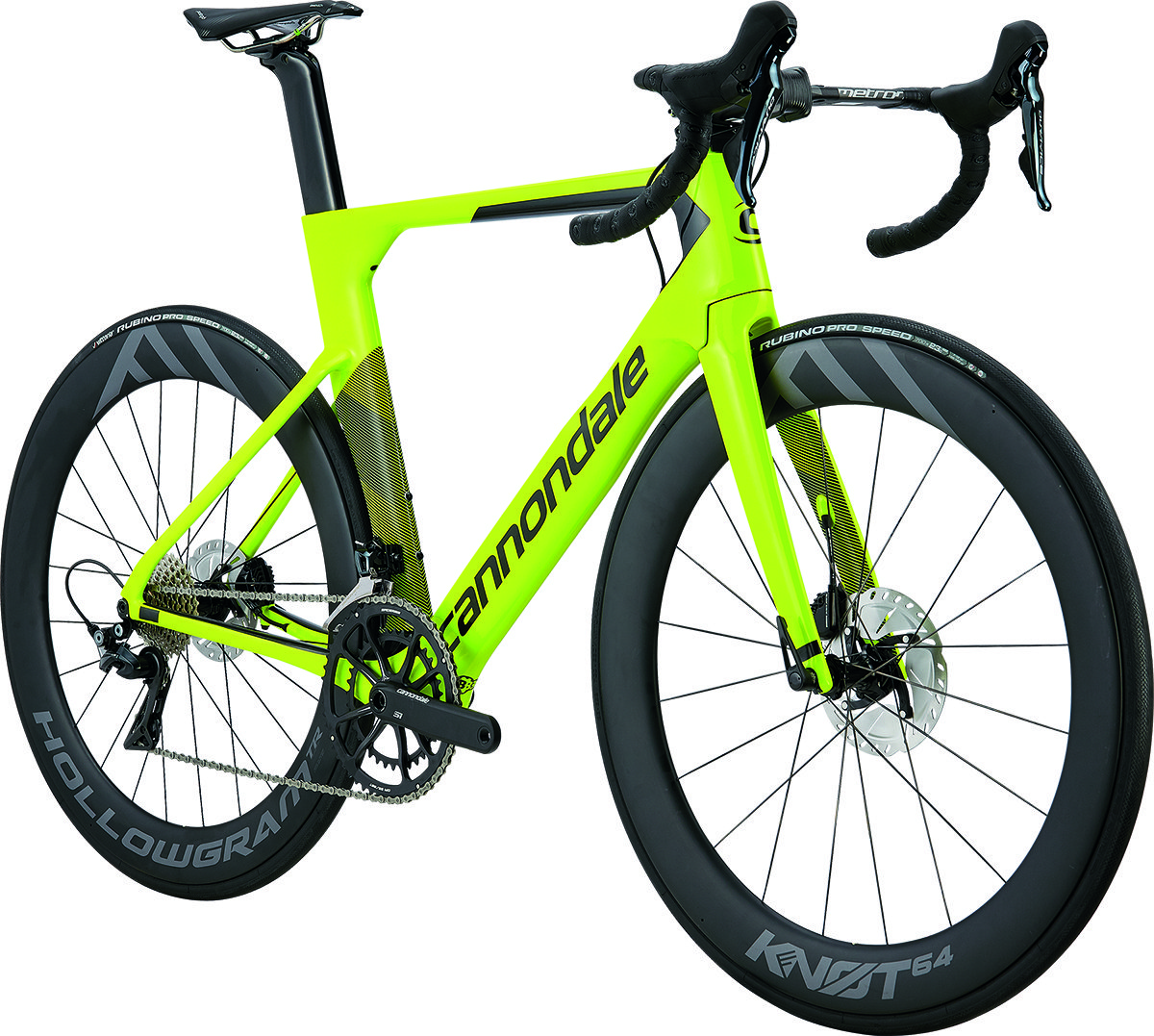 And while Cannondale may be new to aero, the people who developed the SystemSix – veterans of the Trek Madone, Cervélo S, P, and T Series, and Specialized Venge ViAS projects – have plenty street cred.

Cannondale claims the bike is more than fast on the flats; it’s also a rocket uphill. They boast that the SystemSix remains a faster bike on climbs until the gradient is north of six per cent. For stronger climbers, that number creeps upward to seven per cent before the weight penalty of the aero-ness outstrips the aero benefits.

Those are hefty claims, but Cannondale has reams of wind-tunnel data to support them. To determine overall performance, they used yaw weighted drag, a protocol developed by SystemSix aerodynamicist Michael Barry, to measure wind drag when the air hits the bike at different angles. Basically, it’s a way to weight some of the tested angles more heavily, which Cannondale says leads to results that better reflect which bike will be fastest most of the time, in most conditions.

The SystemSix name comes from what Cannondale calls its Six-Point Design: aero considerations on the frame, fork, wheels, seat post, bar, and stem, all of which have been given radical wind-tunnel treatment.

It’s a practical bike, too: the down tube has multiple options for placing a water bottle cage, as well as a slick hiding spot for a Di2 junction box, just behind the head tube.

Cannondale designed the bike with 26mm tyres in mind, and claims it can officially accept 28mm.

Unofficially, it also fits some 30mm tyres. (The 23mm Vittoria Rubinos actually measure 26mm on the KNØT64 deep-section rims.) For ease of servicing, the steerer tube and headset bearings are housed in an enclosed sleeve, allowing the front brake line to be routed past the sleeve and down the fork blade.

It might have taken them a while, but Cannondale’s debut aero bike is one of the most assured rides around. It’s exceptionally fast, but also nimble, with a ride quality that won’t beat you up or sap your energy. Chapeau! – Bobby Lea