The 2019 Domane+ is the electric version of Trek’s popular Domane, a bike highly regarded for its ability to smooth out rough roads. So, perfect for South Africa, then.

The 2019 Domane+ is the electric version of Trek’s popular Domane, a bike highly regarded for its ability to smooth out rough roads. So, perfect for South Africa, then.

It’s designed for riders who appreciate the reliable comfort of the Domane’s endurance geometry and IsoSpeed decoupler, but want the additional fun and function of an electric assist. At a claimed 17.19kg, the Domane+ is lighter than more utilitarian e-bikes, such as the Trek Super Commuter+, which can weigh upwards of 22kg.

That said, it’s heavier than some of the newest entries in the electric road category – the Orbea Gain, for example, uses a smaller motor and battery system. But it doesn’t have as powerful an assist; the Domane+ offers 350 watts of power, while Orbea’s Gain (not yet available in SA) tops out at around 250 watts.

Given its smooth ride and powerful motor, the Domane+ is a serious contender to replace your car, especially for longer commutes. With four assist modes (Eco, Sport, Tour, and Turbo), it takes the sting out of hills and headwinds (max speed is 45km/h) and provides a range of 80-100 kilometres in Eco mode. 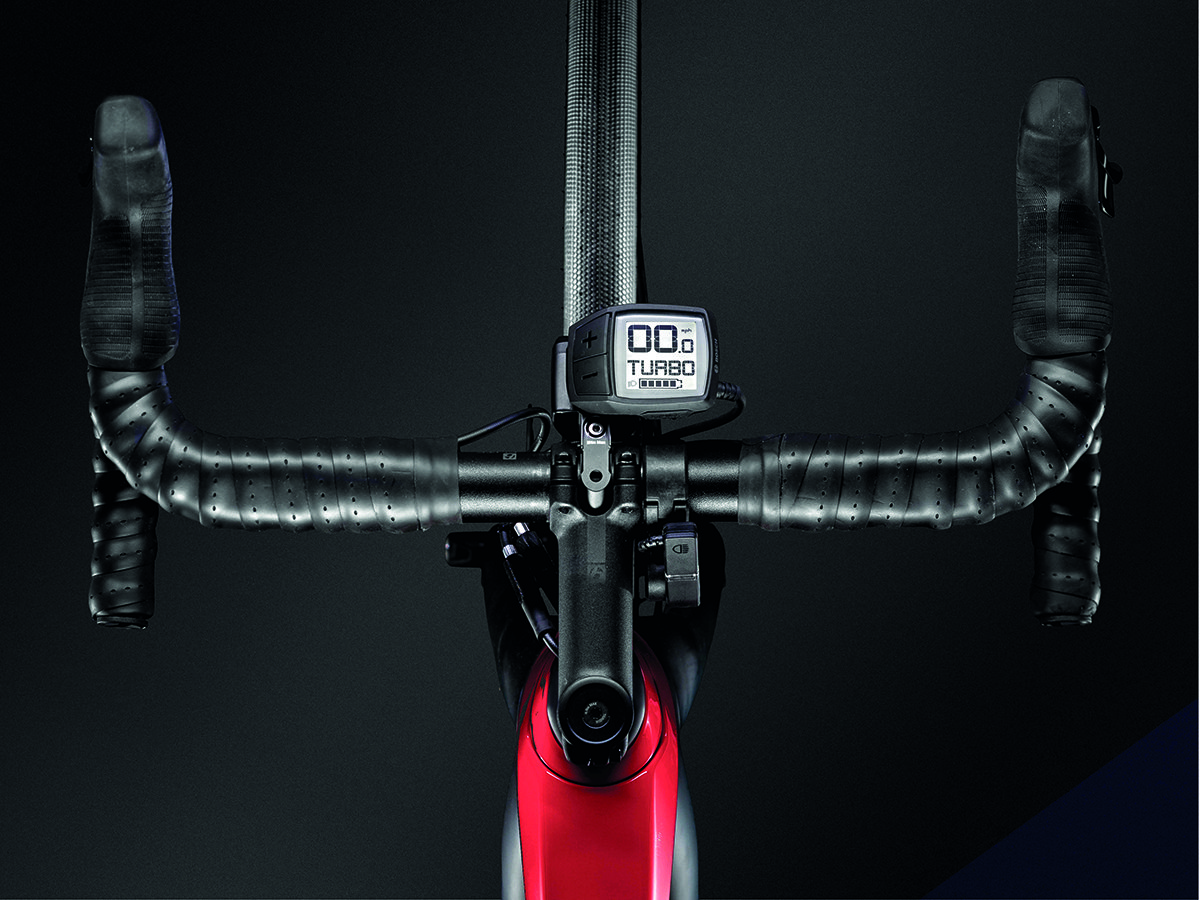 Integrated front and rear lights make you visible day or night, and – bonus! – you don’t have to charge them, because they’re powered by the motor’s battery. Hidden fender mounts and clearance for up to 35mm tyres mean the bike is ready for casual touring, group rides, and adventure outings on anything from pavement to gravel to rutted Joburg roads.

It’s too soon to tell whether the South African market will embrace an electric road bike, but the overall e-bike market is booming, says Jocelyn Vande Velde, Trek’s e-bike marketing manager. The company is betting that the Domane+ will appeal to anyone who wants to ratchet up the wheee!, as well as riders coming back from injury or illness, older athletes who still want to mix it up with a speedy group, and friends or couples with different fitness levels. 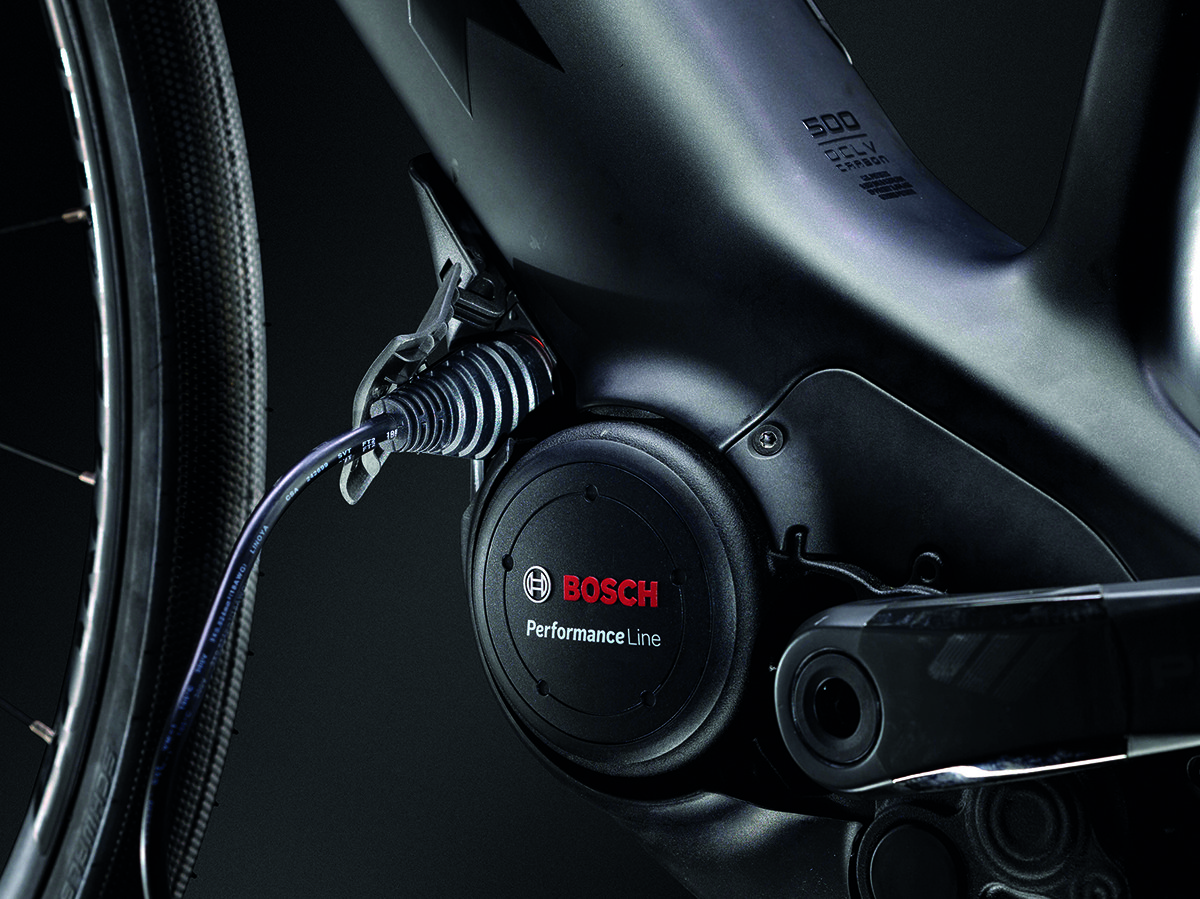 The Domane+ uses a 350-watt Bosch Performance Line Speed motor with removable 500Wh Bosch Powertube battery. While the bike may be heavier than some other electric road bikes (the motor and battery add up to just under seven kilograms), the higher power output may appeal to riders who want a boost stronger than a brisk tailwind.

Those extra watts, along with features such as the integrated lighting and hidden fender mounts, make it a versatile choice that performs equally well on utilitarian tasks and recreational adventures. Trek says the included four-amp charger will take the battery to full in about three to four hours, and it can be charged on or off the bike.

The Domane+ is built on the same endurance road geometry as the standard Domane. That means a taller head tube for a more upright riding position, and a longer wheelbase for greater stability.

The bike also utilises Trek’s proven IsoSpeed decoupler technology in the seat post (but not in the fork, like the analogue Domane), which makes rough terrain less likely to cause fatigue over long kilometres. In terms of construction, the company has modified the carbon lay-up to accommodate the battery and motor.

“Every bike model and size at Trek has a unique carbon fibre lay-up to optimise structure, ride quality, and weight,” says a spokesperson at Trek. “The Domane+ is no different.” 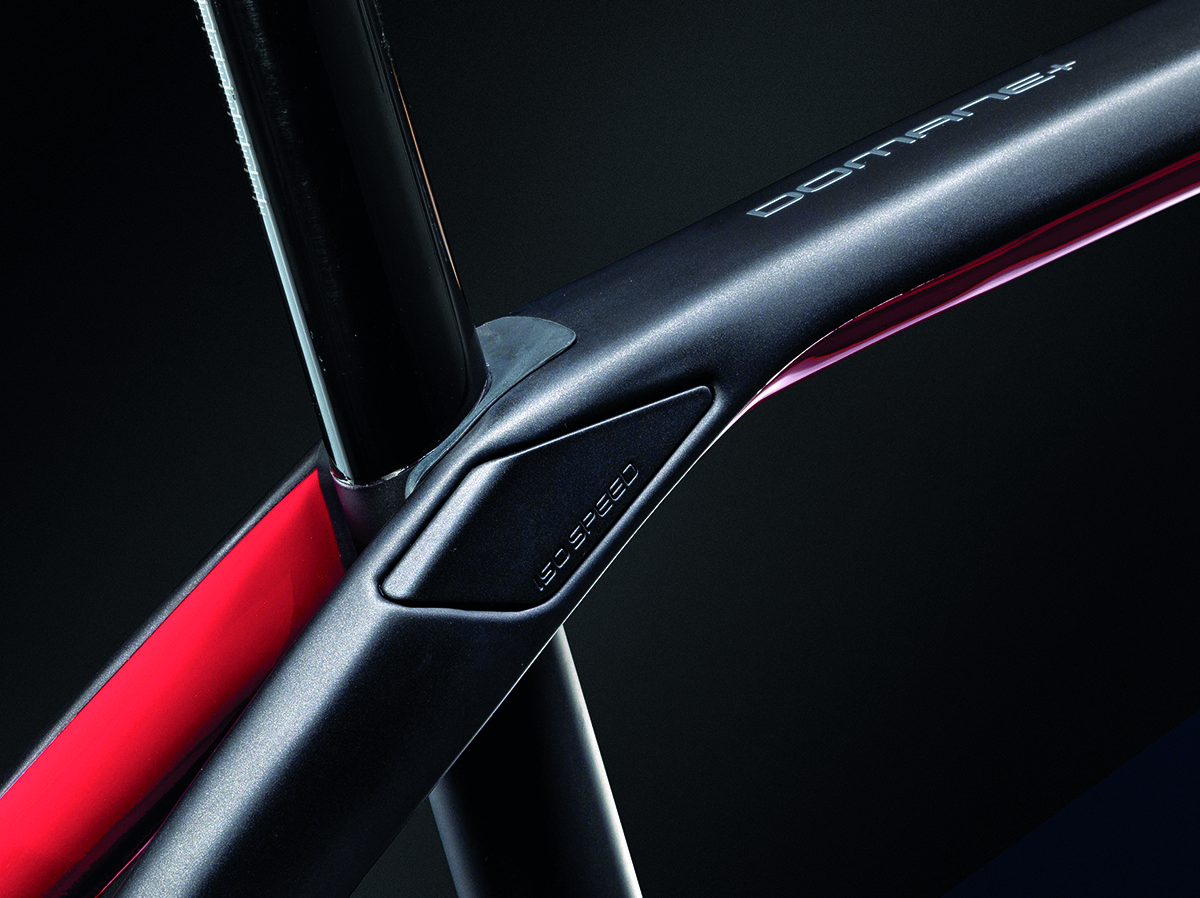 The Bosch Purion Performance controller display is easy to operate and read. Use the up- and down-arrow buttons to toggle through power modes. You can also view speed, trip distance, and real-time range estimates based on riding style and assist mode.

Despite sharing the same geometry and comfort features, the Domane+ feels different to its analogue cousin. It’s simple physics: the added weight of the battery and motor, and their location (on the down tube and the bottom bracket, respectively), make for distinct handling differences.

Most notably, the front end feels so much lighter than the rest of the bike that at first it seems to have a life of its own. And of course at about twice the weight of a standard Domane, the e-version feels heavier overall.

Still, the assist makes up for the extra heft, letting you accelerate quickly, slice through headwinds, and prance up steep climbs. On one steep hill, I cruised along in Turbo mode at 24km/h, much faster than I would have on an unassisted road bike, and easily matched someone who would have dropped me otherwise. It was still an effort, but much more manageable than riding a non-motorised bike.

The Domane+ comes to life when you take it off the pavement: the burly tyres and IsoSpeed technology gobble up bumps and provide stability, while the assist lets you hit speeds on gravel you might not achieve otherwise – leaving you with all the send-y feels.

Shifting the 1×11-speed SRAM Force 1 drivetrain is a breeze, although the handlebar-mounted control unit requires you to move your hand to switch between assist modes. That’s not a huge deal, but it is a bit less convenient on a road bike.

Overall, the bike is a blast to ride, and straddles the territory between lighter e-road bikes and heavy electric utility bikes; it has the potential to be a real game changer for so many riders.