Is This the Fastest ‘Hardtail’ on the Market?

Okay, it might not be a bona fide hardtail; but Trek’s Procaliber 9.8 SL proves that you don’t always need a dual-susser to compete on the racing circuit – in fact in some environments, it might even be faster...

The hardtail concept is not dead. In fact, it’s quite the contrary – and Trek’s Procaliber is living proof. There’s something just so pure and unfettered about riding a bike like this; and a lot of that stems from the firmer ride quality, which provides a heightened sense of feel and detail from the underpinnings. And while this does sometimes translate into a firmer ride, the American-based company has fitted this bad boy with an IsoSpeed Decoupler – Trek talk for added compliance. Let’s get down to the details… 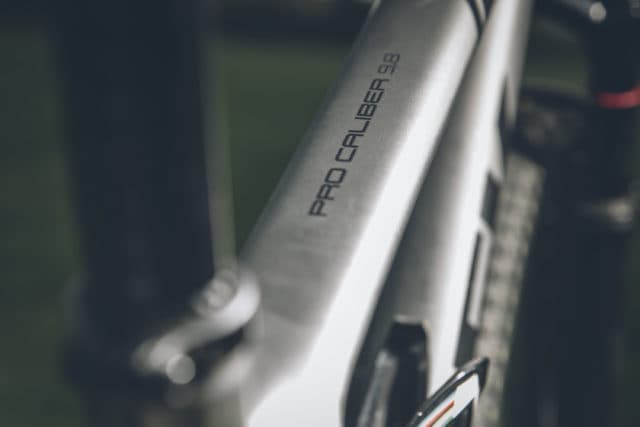 In terms of outright visual drama, there’s nothing quite like the Procaliber – it means business in every sense. Black and grey is the common theme here, and this particular colourway bestows the bike with a heightened sense of refined aggression. As does the purity of its uncomplicated geometry, and neat internal cable routing (the bike is Di2-compatible). Its stealth-like in appearance, and the metallic-matte finish – together with complementing gloss-black Trek logos, carbon Bontrager Kovee wheels, carbon cranks and blacked-out 100mm RockShox Sid fork – adds to the premium feel. 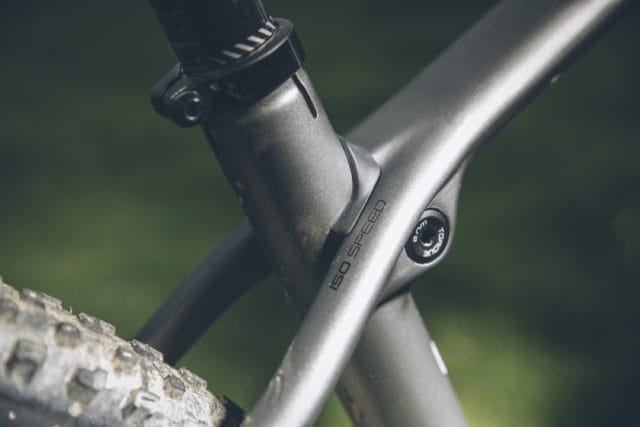 Technically, yes. Trek has fitted it with an IsoSpeed decoupler – something that we’ve seen employed extensively across the range, particularly on its endurance road bikes, and more recently the Madone. The decoupler is a combination of bearings and bushings at the seat- and top-tube junction that allows the seat tube to flex up to 11mm – just like suspension. Does it work? Well, compared to a traditional hardtail the small-bump compliance is exceptional, which helps to nullify some of the trail buzz. But don’t expect it to be as forgiving over the bumpier stuff as a dual-susser – the ride quality is still extremely firm, and depending on the terrain, you’ll still get thrown around here and there.

As far as dynamics go it’s pretty responsive, regardless of whether you’re going up or down. Much of this stems from its 435mm chainstays, Boost spacing of the front hub, and relatively relaxed 69.5-degree head angle – all of which allow you to descend with greater assurance. 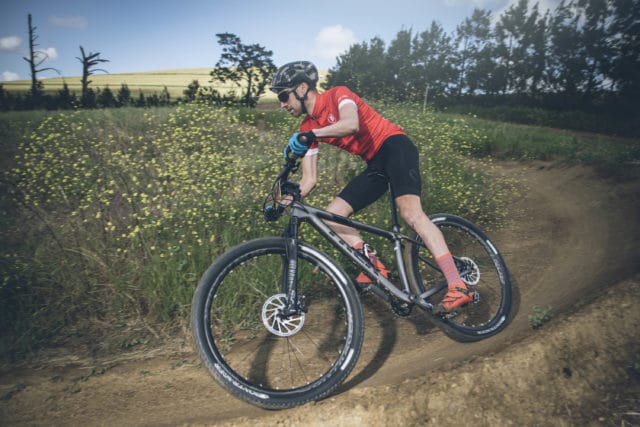 As a package, it’s pretty incredible what the Procaliber offers in terms of spec – as it should, considering the 9.8 SL model fetches a price of just under R70k. As such, all the components (except the stem) are carbon – including the frameset, cranks, wheels, seatpost and handlebar. Gearing comes compliments of Sram’s GX Eagle drivetrain. The 10-50T cassette in combination with a 32T front ring provides a wide range of gearing for all types of terrain – though stronger riders could fit a 34 or even a 36T, such is the spread of the rear sprocket. The braking system is pretty impressive too; the Sram Level TLM brakes are modular in feel, and provide substantial stopping power. 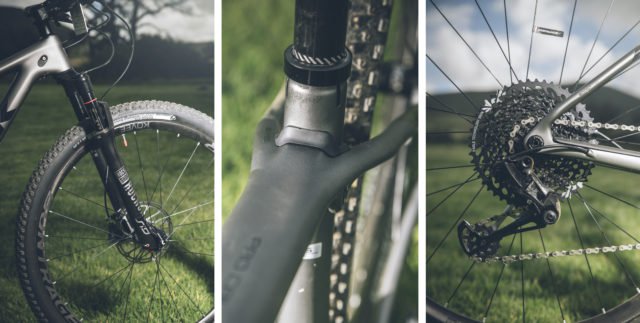 Apart from in seven-day stage races such as the Absa Cape Epic or Cape Pioneer Trek, you have no real need for a dual-suspension mountain bike. Yes, the ride would be softer and more forgiving on the body; but there’s something intrinsically rewarding about barrelling down your favourite singletrack while attempting to tame the sometimes feral nature of a hardtail – it’s an unsullied ride, bar none. The decoupler works a treat on bumpier trails; and though the rear end is still a bit skittish at times, the small-bump compliance is unrivalled. 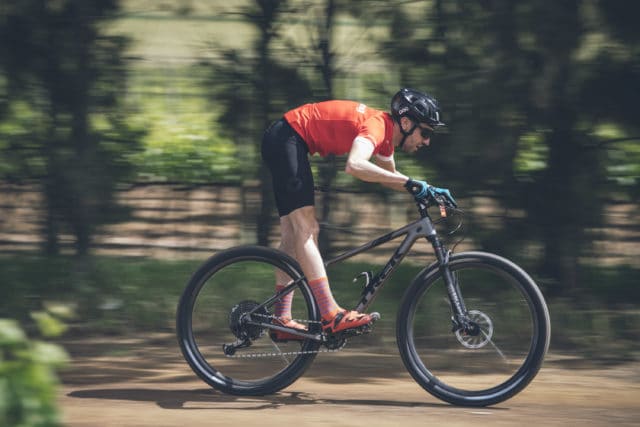 For one-day races or even three-day events, where you want a fast, lightweight climbing bike that’s still appreciably controlled in the rougher downhill bits, the Trek Procaliber is the quintessential race weapon. R69,999.