In the world of endurance mountain biking, Jean Biermans needs no introduction

Jean Biermans, a former 24-hour World Champion, the 43-year-old Dutchman is as hardcore as they come, with a resilient streak that’s helped him to thrive at the sharp end of the racing spectrum.

South Africa is a second home to Biermans – he loves the culture, the people, the incredible scenery and terrain. It’s no wonder he’s celebrated some of his most exceptional wins here, the most notable of which were back-to-back 36One MTB Challenge victories in 2014 and 2015.

RELATED: Inside The World’s Toughest Race – The Munga

However, it was another ultra-endurance race – The Munga – that brought him back to SA recently. Though he was targeting the win, unfortunately the race didn’t go to plan; a wrong turn and a costly time penalty forced him to retire. While it wasn’t the result Biermans was looking for, he spent the next seven days racking up nearly 1 500km around the Peninsula on his Ridley Ignite SL 29er – the same bike he used for The Munga.

What’s next on his calendar? “I want to come back next year for the 36One, and smash the course record.” 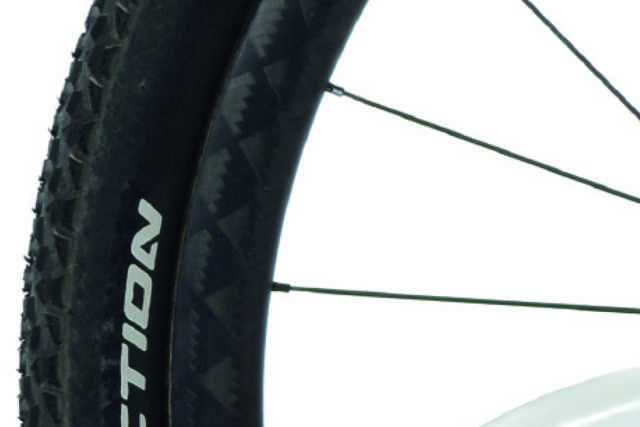 A race as demanding as The Munga means wheel and tyre choice is of paramount importance, especially since conditions and surfaces throughout the 1 075km race are extremely variable. Biermans employed the services of 35mm Venn TCD carbon wheels – nothing over the top in terms of aerodynamics, but still effective enough to benefit him on the long open expanses of the Karoo.

As a seasoned campaigner, and au fait with South African conditions, he knew not to skimp when it came to rubber; Continental Race King 29er 2.2 tyres are his go-to compound. This tyre has a proven recipe, with a combination of rolling speed, grip and sidewall protection. 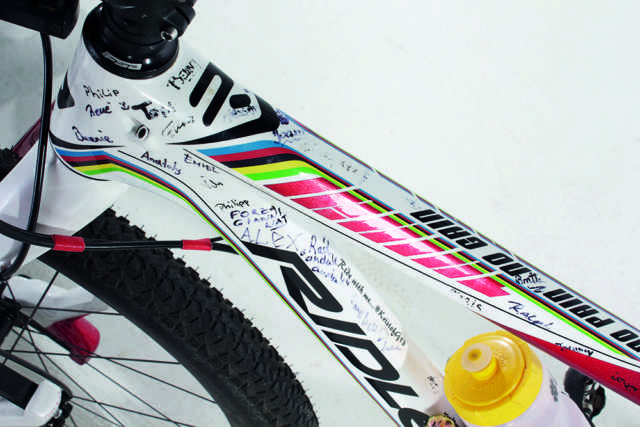 As a sponsored athlete, Biermans’ weapon of choice is a Ridley SL 29er carbon hardtail. For The Munga, however, he went the extra mile and tricked it out with a custom paintjob – the most notable garnishing of which is the 24hr World Champion Rainbow detailing, a title he won back in 2010. There are also a host of other subtle details plastered here and there, including his personal motto: ‘No pain, no gain’.

See those squiggles that look like signatures? Well, that’s exactly what they are – Munga good wishes from colleagues at Mercedes-Benz. Given the Frankenstein nature of this build, it’s only fitting that Biermans went with the outlandish yet super-lightweight Lauf fork, pictured here in custom paint to fit in with the white and metallic maroon colour theme. 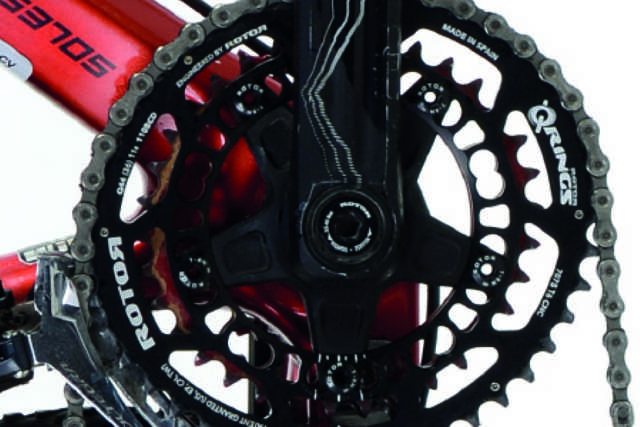 Shimano’s all-new Ultegra groupset is used throughout the build. The drivetrain comprises Di2 electronic shifting with a hybridised 44-36T front/11-34T rear transmission, harnessed through Rotor INpower cranks. These ratios, Biermans says, were carefully selected to supply a broad range of gearing for his Munga exploits. 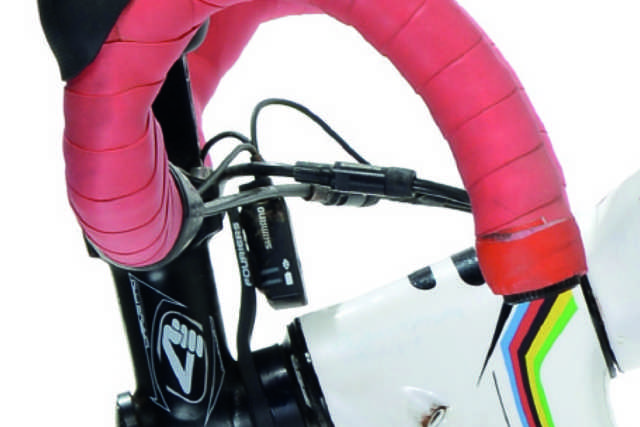 Carbon features heavily in the balance of the build, with such components as the stem, handlebars and seatpost all covered by Forza Cirrus. Naturally, Biermans elected to use a set of drop bars for added comfort, speed and aero efficiency on the long (gravel) road.

The rest is a bit of a mixed bag… Biermans uses SpeedPlay SysR pedals and BBB bottle cages, while his Wahoo computer nests within a Hidemybell Wahoo barfly – a nifty and functional little gadget that conceals a bell under the computer.

All bearings are handled by C-bear ceramics, the same company that looks after the Lotto-Soudal World Tour team.