Does A Longer Crank Arm Make You Faster?

Question: I compete in both cycling time trials and triathlon, using a time-trial bike. There is a lot of debate about whether longer or shorter cranks are better. What does the science say?

Question: I compete in both cycling time trials and triathlon, using a time-trial bike. There is a lot of debate about whether longer or shorter cranks are better. What does the science say? – Joel, Eshowe 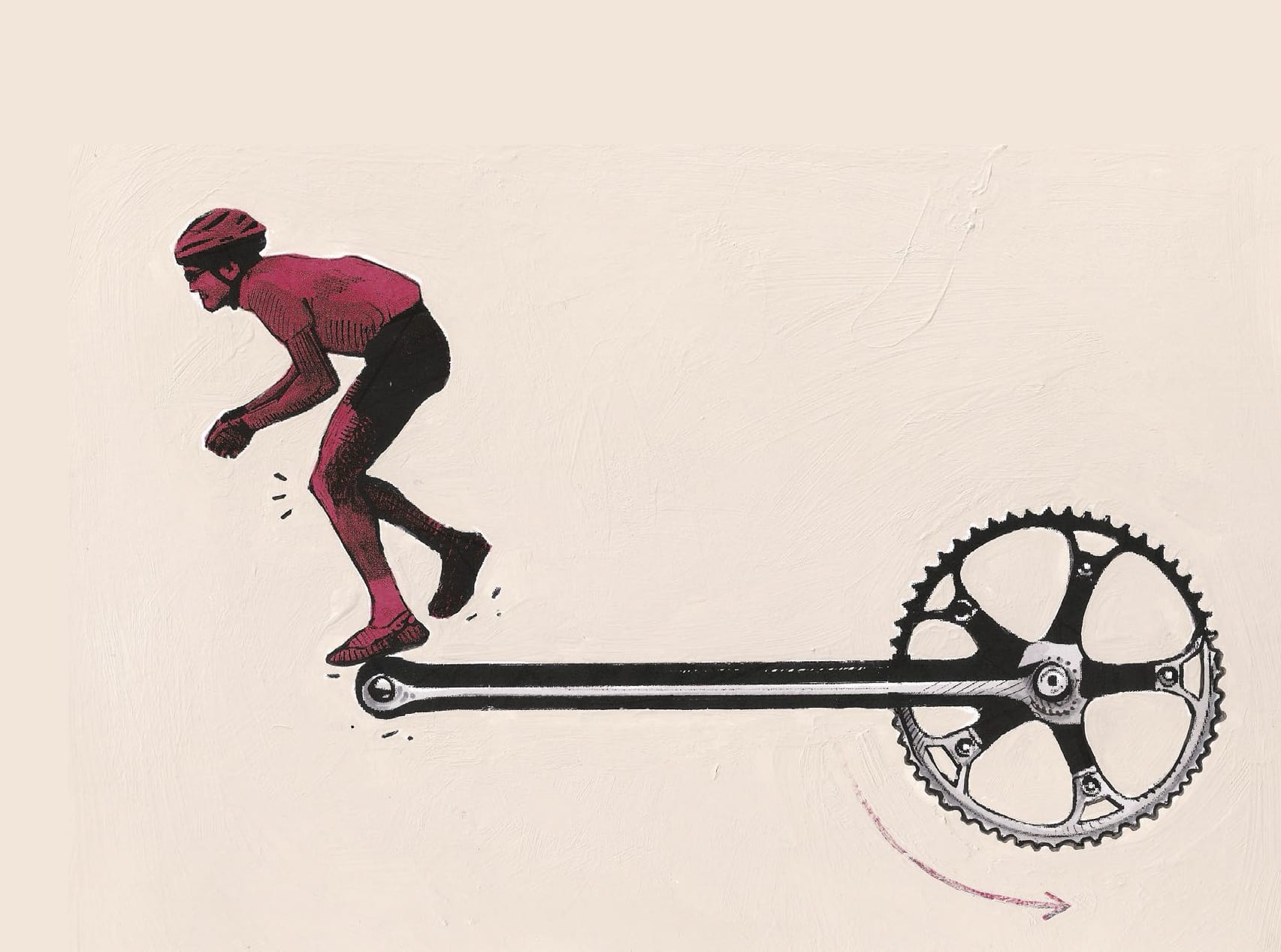 Doctor Jeroen Swart: The short answer, Joel, is that… it depends. It depends on the distance of the time trial, the speed you’re looking to achieve, your height and leg length, and some other factors too.

In the past, most time-trial riders used longer crank arms on their TT bikes, compared to road bikes. The theory was that a longer crank arm allowed you to use a larger gear ratio. As you’ll know from using a crowbar or a wheelbarrow, the longer the lever, the greater the load that can be lifted; so a longer lever arm allows a rider to create more torque than a rider with similar leg strength, but a shorter lever arm.

But there’s more to going faster than driving a big gear. One of the key components of a fast time trial is an aerodynamic position: to reduce drag, you assume time-trial position, rotating the body forward over the front of the bike and making your torso more horizontal. However, at the extremes of aerodynamic positioning, when the crank arm rotates to the top of the pedal stroke, the hip is overly flexed. This places the leg in a position where it’s hard to apply force to the crank; as a result, producing power becomes more difficult. The longer the crank arm, the more difficult it becomes. So in recent years, top time-trial riders have gravitated to shorter crank lengths, to reduce the amount of hip flexion as the crank passes over dead centre.

The catch of course is that a shorter crank arm means loss of torque, and hence a smaller gear. As power is the product of torque and velocity (i.e. cadence), these riders had to adopt a higher cadence to produce the same power output. It’s less of a problem for the tallest riders (>190cm), who can use even the longest crank arms (180mm) without hip position being affected to any significant extent.

Now, not all time-trial positions need to be as aerodynamic as possible, because drag increases the faster you go: to double your speed, you need to quadruple your power. That’s why aero is all-important at high speeds. At slower speeds (<40km/h), producing more power is more important. So if you’re doing an Ironman or half-Ironman and not planning on winning it, then using a longer crank arm and a less extreme aero position would be the more effective strategy.

There are a host of other factors that you need to take into consideration, some of which are difficult to judge. For example, if the course has a number of tight corners, accelerating out of the corners will be easier with a longer crank arm. But in tight corners, a longer crank arm can cause a pedal strike. Which is better: being able to pedal while cornering, or acceleration out of the corner? It all depends on the exact nature of the course.

Which brings us full circle, to the short answer: it depends!

Pedal Power
Improved pedal technique can increase power output – but more importantly, it improves endurance and reduces injury risk. To improve your pedalling technique, do 6×4-minute repeats in a high gear and at a low cadence, with 10 minutes rest in between (cadence between 40 & 50rpm in the high-gear efforts, and at 90rpm or more during the rest periods). One-legged riding (5×4 minutes, with the non-working leg clipped) also improves technique. Just make sure you do five sets for each leg, with five minutes of easy riding (with both legs!) in between.