Basketball legend Bill Walton has a new love; cycling, along with having a low impact on his body, offers a physical challenge that has changed his life.

At 6 feet 11 inches, 2.10m in modern terms, basketball legend Bill Walton is not someone you can miss on a group ride. Not just because of his height, but because of his infectious enthusiasm that excites fellow cyclists and sends everyone up the road with big smiles on their faces.

That’s often where you’ll find the NBA Hall of Famer when he’s home in San Diego. The 67-year-old loves his bike, built by Holland Cycles of San Diego, more than his electric Tesla to get around his California neighborhood.

After a career on the hardwood, racking up accolades like being the first pick in the 1974 NBA Draft followed by winning two NBA championships and league MVP in 1978, Walton’s body needed a rest from the beating it took on the court.

“I have not been able to walk for enjoyment or pleasure or exercise in 41 years, but I can ride my bike.”

“I have had 38 orthopedic operations,” Walton told Bicycling. “Both my ankles are fused. I have an artificial knee. I have a new spine. I have broken countless bones. Every bone in both hands. Every bone in both feet; both legs. I have broken my back. I’ve had countless facial and cranial fractures. I spent my life falling down, getting hacked and fouled and getting in fights.”

When he finally had spine surgery in 2009 to ease the chronic orthopedic pain he suffered most of his adult life, he sought an athletic outletthat could challenge him the same way basketball did.

Cycling, in addition to having a low impact on his body, also offered a physical challenge that has changed his life.

In retirement, you can often see him on TV as a color commentator for college and pro basketball games, but when he’s not doing that he’s usually home riding or doing multiday tours across the western United States. For him, any day on a bike—no matter how brutal—is better than a day off.

“When you are on a long tour, a big 1 600km ride or something multiday, the weather does turn,” he said. “When it rains or snows. Those days turn out to be as memorable as anything I have ever done.

In addition to pushing himself, Walton also rides for charity. He is an outspoken advocate for the Challenged Athletes Foundation, whose logo you can find on his jersey when he did events like the Tour of California. 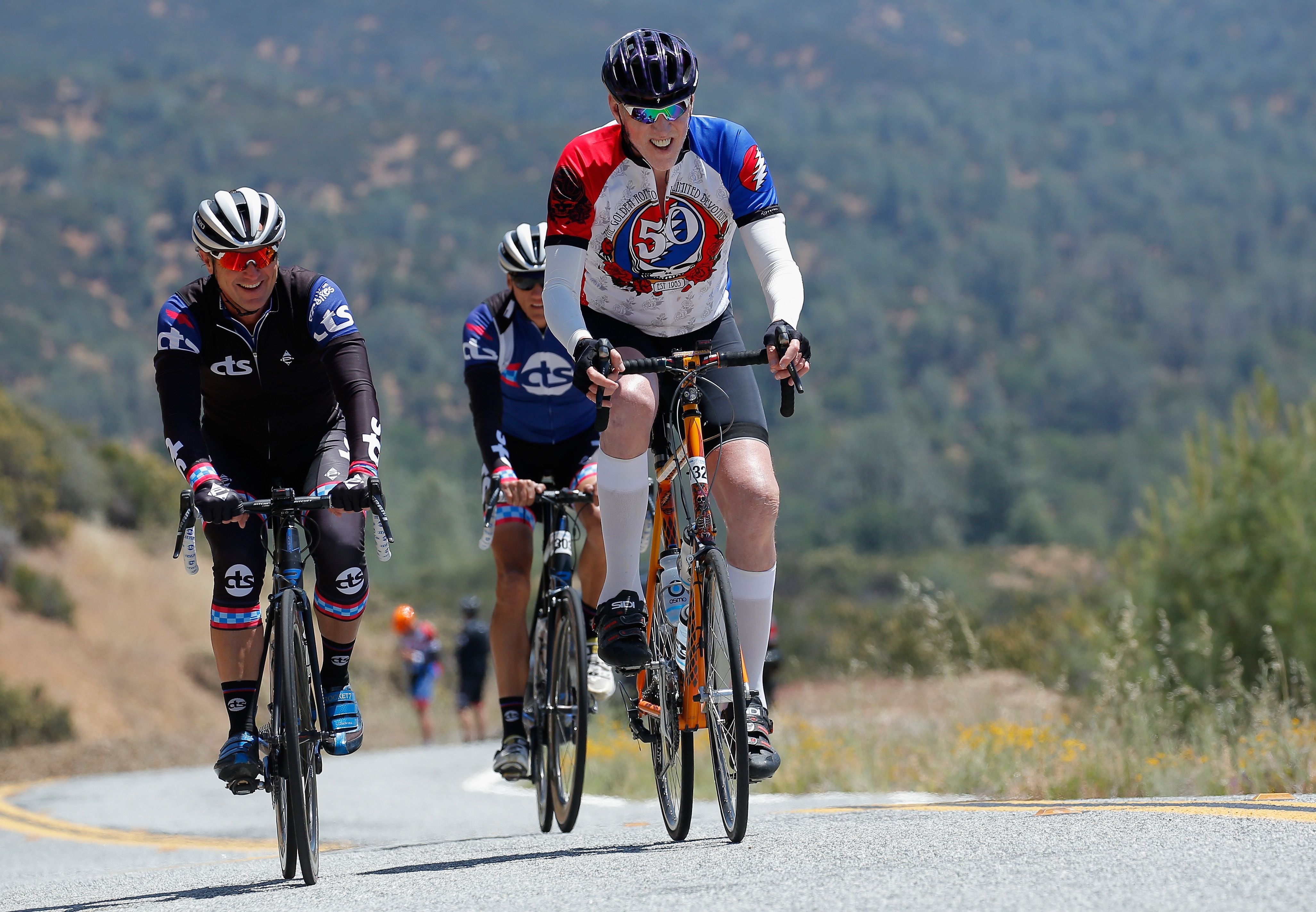 With the perseverance to do more and more, it’s often hard to keep up with him. Even his wife struggles at times.

“My wife, Lori, describes my mind as being like a slot machine,” Walton said. “It is constantly rolling and you never know where it’s going to stop. When I do get home from a ride, I come into the house and I am all fired up and lathered up and ready for everything in life.

“I generally say, ‘I’ve got an idea,’ and she rolls her eyes and says, ‘Great. Just remember, big boy, I was not part of that five-hour conversation that you just had with yourself.’”

These hours alone in the saddle aren’t just keeping Walton healthy. They are keeping him happy in retirement, and he plans to ride as far as his body will let him.