Lance Armstrong denying doping allegations is a rhetorical form he raised to an art. Is this time different? Or Tiger King II?

Lance Armstrong puts cycling fans in a deeply uncomfortable position. Ours is an obscure sport in our home country, and he’s come to define it. All these years later, the only pro cyclist most people can name is Lance Armstrong. What did we do to deserve one of the most notorious athletes of all time?

It’s like we were all living in a humble bungalow, and then this Lance character arrived in a Lamborghini and set up a hot tub right on the front lawn. The neighbors have been gawking at us ever since.

As you prepare to watch ESPN’s latest 30 for 30 documentary, “LANCE,” you can’t help wondering apprehensively, “How is this going to make us look to the neighbors?” Those of us who lived through the Armstrong years know it was an epic ride with some brutal climbs and some eye-watering descents. It tested our cycling fandom, and in some cases even broke it. (I admit to keeping the Tour de France at arm’s length in the ensuing years due to scandal fatigue.)

That’s not necessarily true of a non-cycling audience, for whom Armstrong was simply a hero until he wasn’t. He became that guy who cheated because everyone was cheating. But Armstrong beat them!

A few years back, I attended a screening of the sports doping documentary Icarus that had been organized by Armstrong. When he addressed the audience afterwards and made a winking reference to his own doping, the response was laughter. This was not a sporting villain; this was Keith Richards sharing drug stories. The joke was all it took to win them over, because redemption comes cheaply from those who never invested all that much in the first place.

Cycling fans aren’t so easy. And if the mainstream media is once again going to turn the limelight onto the rider who, for better or worse, has come to define our sport, at the very least we deserve a film that is neither hagiography nor hatchet job.

Oh, make no mistake—we’re gonna watch it no matter what, but we don’t want to see professional cycling reduced to yet another freakshow for pandemic shut-ins, a la Tiger King. And because the Armstrong saga is as intimately familiar to us as an ugly divorce, the true test of any film about him is that it must not only make us want to live through it all again, but it must also compel us to revisit and perhaps reassess whatever conclusions we’ve drawn about him over the years. In all these respects—so far, anyway—“LANCE” succeeds.

The filmmaker, Marina Zenovich, speaks extensively with Armstrong himself, and these interviews serve as the film’s narrative hub; essentially, he’s telling his own story. However, she’s well-prepared for Armstrong’s infamous ability to seize control of the narrative in the same way he dictated those seven Tours de France—Armstrong himself tells us that he’s going to tell the truth, that it’s going to be “my truth.” She brings in plenty of other people to ensure that the overall story remains properly tensioned and true enough to stay clear of the brake pads of revisionism. 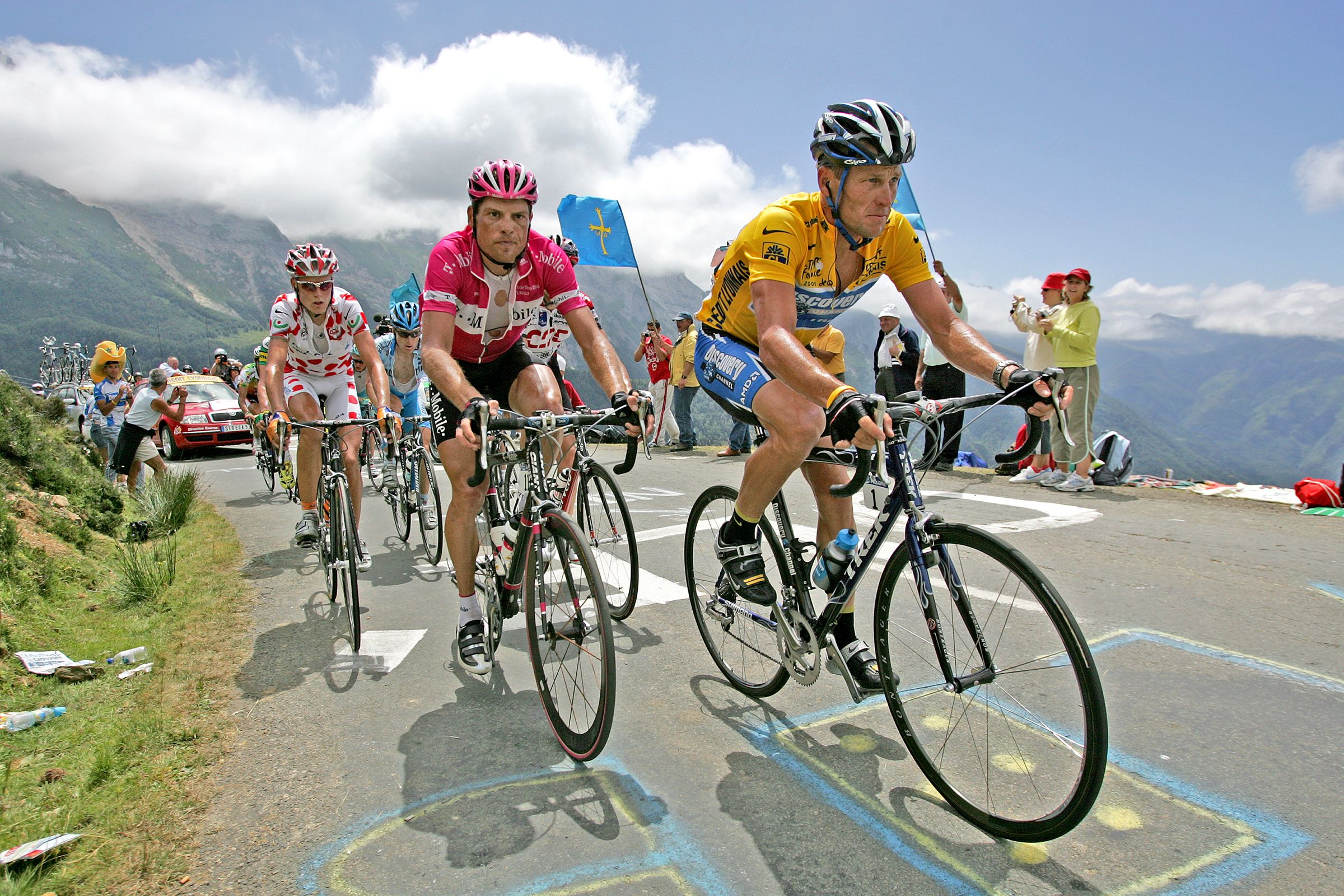 Yes, the gang’s (mostly) all here: the former teammates, the coaches, the agents and business managers, the best buds, the journalists, the people who incurred his wrath when they spoke out against him… It’s kind of exciting to see all these familiar characters together in one film, in the same way, it is to see Luke, Leia, and Han in the new Star Wars movies. And the upshot is that when anybody speaks there’s always someone else to corroborate or make tweaks with the spoke wrench, whether it’s loyal bro and date-procurer John “College” Korioth, or tough-as-titanium friend-turned-nemesis Betsy Andreu. This is good filmmaking.

But good filmmaking needs a good subject, and no matter how you feel about Lance Armstrong, it’s futile to deny that this is one compelling human being—even if what he compels you to is anger. You probably know the broad strokes of his origin story: kid from Plano, Texas; born to a single mother; came up as a swimmer-turned-triathlete. He also covers it in his autobiography, It’s Not About The Bike, but that was written almost 20 years ago, and you may be leery of any source material that dates from the “Before Oprah” era.

In “LANCE,” through Armstrong’s own stories, as well as those of his mother Linda Armstrong Kelly, his triathlon coach Rick Crawford, and others, we get to know a kid who was born to win but just needed a way to do it. Armstrong dismisses his early attempts at ball sports, referring self-deprecatingly to poor hand-eye coordination, and you have to wonder if his professed lack of dexterity is merely a symptom of someone whose compulsion to dominate is just too powerful and unrefined for the finesse that these sports require. If so, it makes sense that he’d wind up in triathlon, an ungainly sport that requires pounding water, pedals, and pavement, and that above all rewards a big motor and a high threshold for pain.

Even as a cyclist, Armstrong’s form on the bike has always been brutalist. Some riders are graceful and make cycling look effortless; Armstrong’s riding was characterized more by the blows he inflicted upon the peloton than by any sort of symbiosis with his machine. He wields the bike like a weapon.

Armstrong was similarly ruthless in fighting off doping allegations, though denying them was a rhetorical form he occasionally raised to an art. (See: his “I’m sorry you don’t believe in miracles” speech, which is the “I have a dream” of doping denials.) Given this, even seven years after the Oprah confession, it’s still novel to hear him speak so frankly about using performance-enhancing drugs. 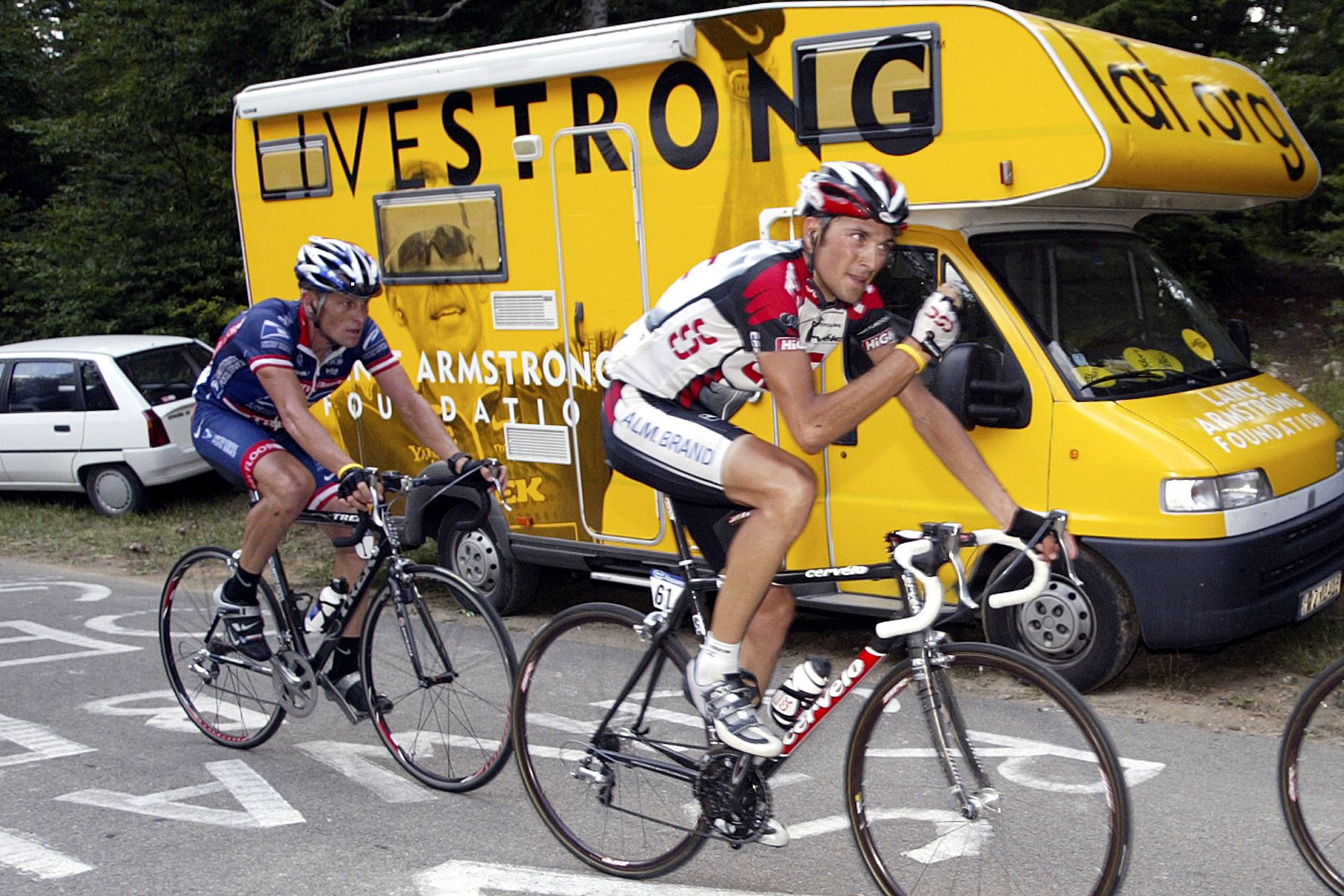 Cycling fans know all about the EPO era, but “LANCE” does an excellent job of framing not only the profound manner in which this substance transformed the peloton, but the choice young professionals racing in Europe were forced to make: get with it, or go home. In this context, Armstrong’s decision to use EPO, while arguably not morally sound, is certainly inevitable. For a born competitor whose abiding purpose in life is to win, the decision of whether or not to adopt the same techniques as your rivals in order to do so is not a matter of choosing between right and wrong; it’s a matter of choosing to whether to fight or to surrender. To expect him not to adopt EPO is to expect the wolf to spare the deer because animal cruelty is illegal in that particular state: there’s man’s law, and then there’s the law of nature. Armstrong says he asked no less a personage than Eddy Merckx for an introduction to Dr. Michele Ferarri, the Deepak Chopra of EPO. As for his relationship with Ferarri, Armstrong says, “Whatever he said, I did. To the word.”

Armstrong admits in “LANCE” that he wonders if the human growth hormone he dabbled with could have helped foster the cancer that brought him to the brink of death in 1996. The promising young athlete stricken down by the hand of fate is a central moment in the Armstrong myth, but if HGH indeed played a role then the myth becomes more of an epic medieval poem in which a ruthless warrior is gravely wounded while forging his own sword. You’ve got to be deeply cynical and maybe a little misguided to ascribe ulterior motives to his battle with and subsequent victory over the disease, or to the foundation he established with “modest expectations” to raise awareness about testicular cancer, but certainly all of this sets him up perfectly for the next chapter.

When Armstrong tests positive for cortisone during the 1999 Tour de France—one year after the Festina affair cast a massive black cloud over the race—then-UCI president, the late Hein Verbruggen, has every reason to accept his claim that it came from an innocently-applied topical cream. (Armstrong admits he was using the steroid intramuscularly.) And when he goes on to win the Tour, he not only redeems the race, but writes himself into sporting history. Armstrong returns to America a full-blown hero. And that’s where we are at the end of Part I.

Until the global coronavirus pandemic this year, only the World Wars had stopped the Tour de France. “LANCE” is no Tiger King (and I mean that in the best possible way), but like Tiger King, maybe the timing is perfect. With the world in disarray and all competition on pause, the sporting transgressions of the past feel less like betrayals to be reconciled and more like what they really were, which was dynamic young lives unfolding in a particular time and place. I’ve spent time with Lance Armstrong, and watching this film is a lot like being with him: you don’t always know what to make of it all, but it’s endlessly fascinating, and when it’s over you’re always up for doing it again. You can be sure I’ll be tuning in for Part II.

How to watch LANCE.