How The Western Cape Captured Cycling

The Cape Cycle Routes network criss-crosses the Western Cape, on paper five separate entities but designed in a modular format that allows travellers to create their own dream routes. Whether you have a single day to play, or a few weeks and some panniers, you can build it yourself, using the website or paper maps (which is a whole lot more fun!).

The five Cape Cycle Routes offer vastly different experiences, making the most of the variety of fauna, flora, geology and people of the area, each custom-designed to take in as many sights and sounds as possible, without being ridiculously taxing. Shorter pieces to suit less experienced cyclists, which can be joined together if your needs and fitness require a bit more of a challenge, with Western Cape hospitality at every stop.

But why are we telling you all this? We headed straight for the source; Western Cape Premier Alan Winde joined us for a cuppa, shortly before Coronavirus hit, and told us how it all came about, and how other provinces should (and could) follow suit:

As our fourth round of coffees arrives, it is clear that Alan Winde and I are not going to actually ride on our on-bike meeting. 4km each from our respective homes will have to be enough for the day (and the 4km back), as our ten-minute chat about the origins and future of the Cape Cycle Routes project has run him dangerously late for his next appointment. We thought two hours would be enough; we should have known better.

When he is not running the Western Cape, as Premier, Alan is one of us. A cyclist, from the Fizik duds to the Met helmet, and everywhere in between. Long before he was a politician, and shortly before cycling became cool the first time, he founded Knysna Cycle Works, and has 12 Cape Town Cycle Tours under his belt, to go with seven Double Century finishes.

He also understands that cycling is actually an excuse to drink coffee, this is not our first more-caffeine-than-kilometres rodeo, and meet interesting people. That, roughly, is how the whole Cape Cycle Routes thing fertilised; the regular Sunday gang shooting the breeze about how ridiculously under-developed the Western Cape was as a cycling destination, with its myriad changes in scenery, welcoming communities and an established world-class tourist infrastructure…

READ MORE This full article is in the May/June edition of Bicycling SA, on shelf now! 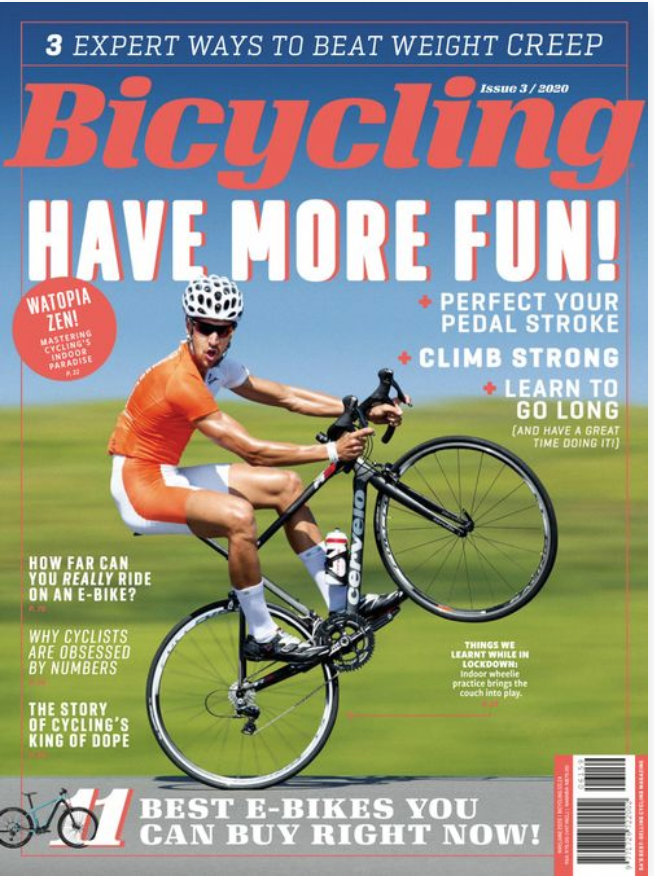