Is it Safe to Cycle when You’re Sick?

Image By Zoon Cronje
When to ride. When to curl up with some soup. And how to avoid getting sick in the first place.  – By Selene Yeager 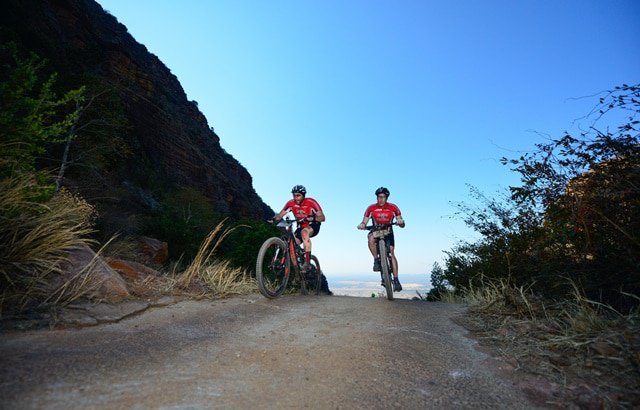 We’re well into colds and flu season. Research shows that cold, dry conditions in particular make it easier for viruses to linger and spread, so you’re more susceptible to every germy sneeze. Prevention is better than cure, as they say, so here are some tried-and-true ways to avoid colds, flu, and general winter-weather woes that makes you cough, sneeze, and feel miserable.

Keep training! Highly fit cyclists have extra protection against the invading germs that cause upper-respiratory infections like the common cold. A study published recently in the European Journal of Applied Physiology found that, after a 30-minute ride, a group of fit cyclists had higher levels of salivary antimicrobial proteins (sAMPs)—which play a role in warding off illness—than their less-fit peers did after the same ride. The catch: It takes consistent physical activity to ramp up those germ fighters. Another reason to keep riding through the winter.

RELATED: 8 Secrets Of People Who Never Get Sick

Use your buff. There’s a saying in Traditional Chinese Medicine: “Wind is the leader of the 100 diseases.” As you might have guessed, that includes the common cold. According to TCM, our neck is particularly vulnerable to diseases of the wind, and when we let it get cold, our immunity plummets and disease comes rushing in. Your grandmother probably told you the same thing. Heed traditional wisdom and cover your neck with a buff. At the very least, it will keep you toasty and comfortable while you ride.

Respect your sleep. Your body needs sleep to keep its immune system firing on all cylinders. Research shows that those sleeping fewer than six hours a night have dramatically lowered immune-system responses when under virus attack than those getting a solid seven to nine hours of shuteye. When you’re already feeling under the weather, sleep helps you fight off disease-causing invaders faster and more efficiently.

Drink up. Dry winter air—both inside and out—can be dehydrating. Yet we often skimp on fluids during cold winter months. Don’t. You need plenty of water to produce lymph, which carries your disease-fighting white blood cells. Research also shows proper hydration is key to keeping those protective sAMP levels high. Keep a pot of hot herbal tea handy. It’ll keep you warm as well as hydrated.

Wash your hands! Those “wash your hands” signs are everywhere for a reason—handwashing works. Germs live on surfaces like doorknobs, cell phones, pretty much everywhere, and they stay alive longer in cold weather. You touch the surface. You touch some food or your face. You get sick. Wash your hands often.

When all else fails…
So you did all that and you still woke up with a headful of phlegm and a wicked case of some unwelcome winter illness. To ride or not to ride? The medical guidelines are pretty straightforward:

Symptoms above the neck? Ride: Got a runny nose, clogged head, and/or maybe a little scratchy throat? You’ve got the green light to saddle up and take a spin (no intervals, please; your immune system needs a little activation, not a beat-down). An easy ride will help push your white blood cells out of the lymph tissue and into circulation where they can seek out and destroy invading bacteria and viruses. It also may open your nasal passages and provide a little temporary relief from your congestion.

Symptoms below the neck? Rest: If you have chest congestion, nausea, and/or a hacking cough, skip the ride and give your body some rest.

Symptoms everywhere? Definitely rest. It should go without saying, but we know you (and us). If you have a fever, muscle aches, and/or general fatigue, do your body some good and stay in bed. You’ll feel better and be back on your bike faster.

RELATED:  The Hidden Risk of Being a Healthy Cyclist