A new study finds that differences in sweat rate are linked more strongly with body mass than gender. – By Molly Hurford 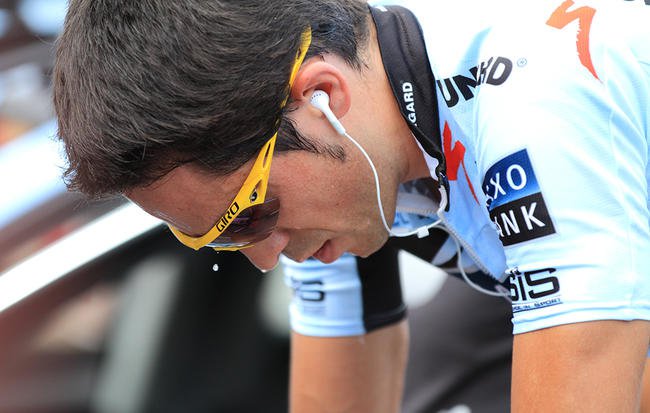 Every athlete’s sweat rate is important: It impacts how much we need to drink, and how many electrolytes we need to take in during exercise.Until recently, it’s been postulated that men and women sweat at different rates due to hormonal factors, but a new study has found that rather than hormones, it’s body mass that impacts sweat rate the most.

“Gender differences in heat loss responses—skin blood flow and sweating—are explained by morphology, not physiology. So larger individuals tend to sweat more, irrespective of gender,” explains Dr. Sean Notley, one of the primary researchers in the study and a postdoctoral fellow at the University of Ottawa.

RELATED: Tattoos May Mess With Your Sweat Rate

The study assessed 60 individuals on indoor cycle-trainers, and were observed at different effort levels. Sweat rates were then measured, and the results revealed that there was a close relationship between sweat rate and body mass.

“Gender-differences in human heat loss—skin blood flow and sweating—have long been ascribed to innate differences between men and women,” says Notley. “However, we believe that these were more related to size than to gender-dependent differences in physiology.”

It’s hard to avoid the question of hormonal impacts on female sweat rates, so the researchers took menstrual cycle into account, testing women participants within the fourteen days after the onset of their self-reported menses. “It should be noted, however, that there is recent evidence indicating that thermoregulatory function is not influenced by menstrual cycle phase,” Notley adds.

Gender difference still explained a small amount of variation in sweat rate—around five per cent—which Notley says wasn’t a surprise. Several studies have reported gender differences in sweating, he explains, but body mass is what impacts the rate the most.

RELATED: 5 Reasons Sweat Is Your Best Friend on the Bike

For athletes hoping to perfect hydration techniques, this simplified body mass/sweat rate correlation might lead to more intelligent hydration planning, such as drink-mixing for optimal hydration in-ride, and a better sense of how much to drink to stay hydrated as you start perspiring.