44-year-old Rob Lydic of Boulder, Colorado, was in peak form, but that didn’t make him immune to COVID-19.

I live in bike-happy Boulder, Colorado, and am surrounded by globally recognised cyclists, world-renowned cycling manufacturers, men and women in Team USA kits, and recreational riders of every shape and size. During the last couple of weeks, however, all of this has changed because of the global spread of COVID-19.

COVID-19 has meant that our team meet-ups, our community group rides, our charity rides, and our races are all gone, and we have changed to a community of solo riders and Zwift junkies.

I am extremely pleased that our community has reacted so swiftly (Zwiftly?) to changing how we ride and how we interact with one another. As a whole, we have responsibly adapted. Thank you to all in our community who have changed, and to those of you who have not: GET WITH THE PROGRAM.

We all must maintain social distance and stop the spread of this awful virus.

I received the dreaded call from my local hospital in the afternoon, confirming that my test for COVID-19 administered on March 16 came back positive. It was surreal, but in truth I expected it. I knew that my travels to San Francisco and Los Angeles for work the last week of February may have subjected me to the virus, and as my symptoms began to appear one after another, it had become a higher probability day by day.

It felt like the intersection of my trachea and bronchial tubes were inflamed and under attack. I also began to have body aches that penetrated my back muscles and kidney areas, making them sore.

My first symptom was a sore throat, which started the first week of March. This is not widely thought of as a symptom, but in my opinion, it was a sign for me.

On March 10, I developed a cough, and I told my family that we would begin to isolate.

This cough was dry and began to really hurt my lungs, which concerned me since I am very dialed in to listening to my body and the strength of my lungs. I began to take vitamin C (Emergen-C), a 12-hour Mucinex, and 1000 mg of Tylenol that day.

On the morning of March 12, I realized that it was time to call my doctor.

It felt like the intersection of my trachea and bronchial tubes were inflamed and under attack. I also began to have body aches that penetrated my back muscles and kidney areas, making them sore. At the same time, my legs and glutes were sore because of a lack of exercise.

I scheduled an appointment with my doctor’s office on March 12, and I followed every protocol upon arriving. I remained outside of the office and motioned to the front desk personnel that I needed a mask before entering. I maintained my distance, touched nothing, and stood by a wall waiting to be seen. The nurse practitioner who saw me took my vitals and did not believe that I was subject to COVID-19. My pulse was normal, my temperature was normal, and my blood pressure was normal. She administered a flu test and asked that I wait for the result.

READ MORE 21 Essential Cycling Movies You Can Watch On Lockdown

This test shortly came back negative, and I was told that if I felt worse over the next couple of days I should call back. I asked specifically if I was a candidate for a COVID-19 test, and she said that I was not. I also knew that the status of tests in the state and U.S. was extremely limited, as it was being widely addressed in all of the media and medical outlets.

Over the weekend, I took a turn for the worse.

The infection moved deeper into my lungs and my cough, while dry, hurt worse. I felt like my lung capacity was decreasing hour by hour, but I didn’t need to go to the emergency room. I could breathe and take full, deep breaths, however it was labored and would often cause me to cough.

On Saturday, March 14 I developed a fever and woke up at 4 a.m. with a sweat that made me believe I had broken the fever. This was the first and only time that I felt that I had a fever. 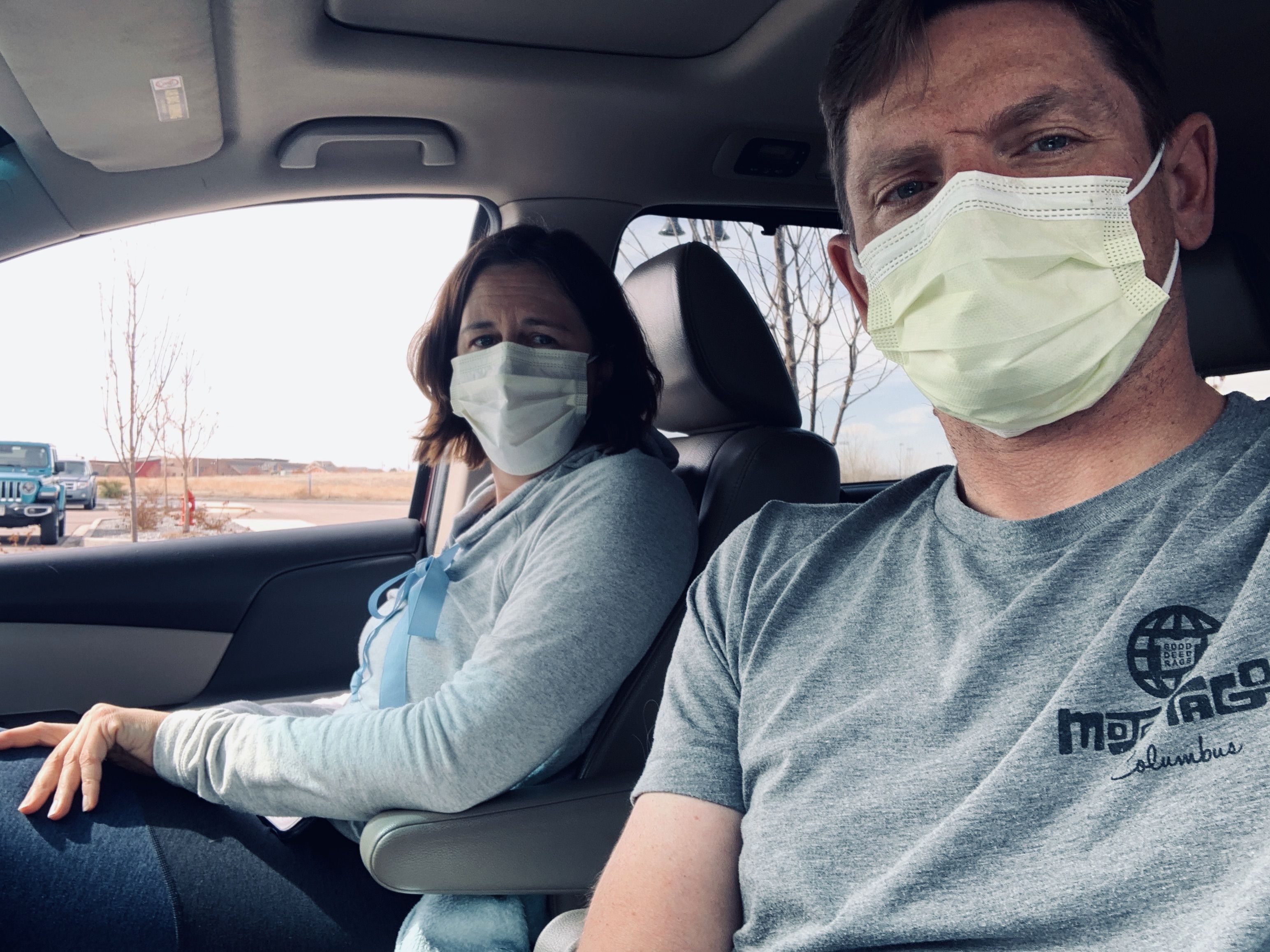 My wife also began to show symptoms, albeit different than mine. She developed a cough, nasal congestion, an ear infection, and some muscle soreness. My kids, who are 16 and 18, showed no symptoms at all.

On March 16, we called the doctor’s office to ask what to do next.

We were told to call the Boulder County response line for COVID-19.

After a 45-minute wait, I left a message, and they called back two hours later. I shared my new symptoms, and they asked my wife and I to come to an urgent care clinic in the town next to ours and to not get out of the car.

When we arrived, we called a different number, and the nurse came out to our car wearing a face shield, gown, and mask, and she began to ask us questions and take our vitals. Upon taking mine, the nurse placed the blood-oxygen meter on my finger and asked me to breathe deeply. She took this measurement twice and then left.

Five minutes later, a different nurse in full protection arrived and shared that there was significant concern that my blood oxygen levels were very low (85), and that they needed to take it again to see if it was a fluke. If my measurement was that low again, they would have to send me to the ER. It is then that I began to be really concerned. I did not want to go to the ER, I did not want to take a hospital bed from others who would need it, and I did not want to be in an environment to subject others, or be subjected to anything else, in an immunocompromised position.

This test came back much better, in the mid-90s, and I breathed a sigh of relief. There would be no hospital. 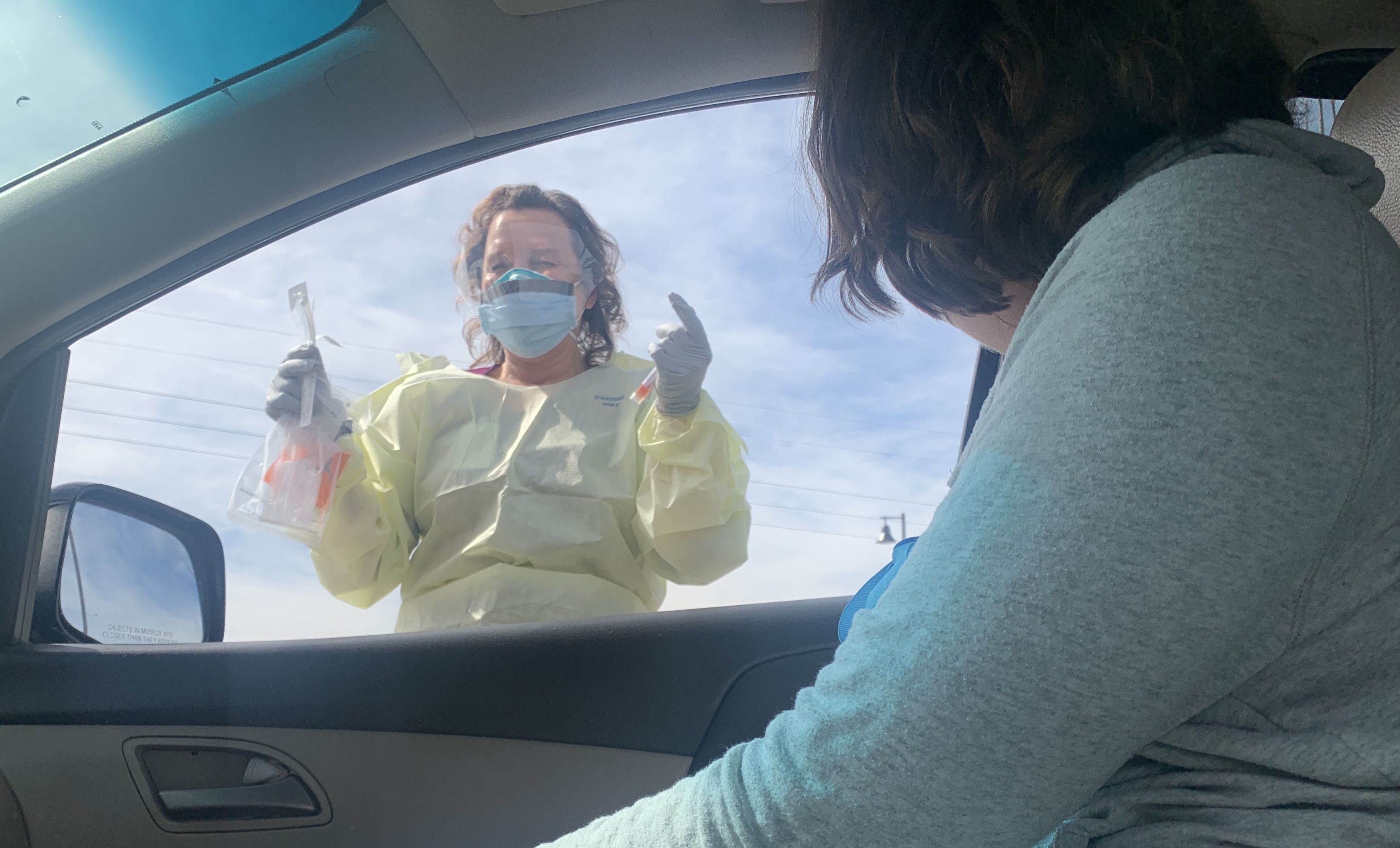 She then said that she would administer the COVID-19 test due to my travel, my symptoms, and my negative flu test. The COVID-19 test was exactly the same process as the flu test three days prior.

The nurses told my wife and I that our test results would be available in five to seven days and to call back to get the results then. The state of Colorado was still ramping up efforts to administer and read tests, and the current capacity was 250 tests to be analyzed per day. So began the wait.

That day was one of my worst.

The aches, the kidney pain, and the chest pain was made bearable only through Tylenol and Mucinex.

The following day however, things began to change. I woke up on Tuesday feeling a lot better, with my only symptom being sore lungs. My cough had become very intermittent, around once an hour, and my body didn’t ache. I was able to take my dog for a walk in the countryside, and while I was cautiously slow it was okay and provided some needed relief from the thoughts running through my head.

The next days were interesting though. The aches returned and they ebbed and flowed. The cough stayed at bay with Mucinex, but I had to cycle on and off with the Tylenol. It was truly the craziest feeling that I could feel better and then go back to not feeling great.

Today, I am feeling a bit better with little to no symptoms. My cough is becoming increasingly intermittent, and I believe I am going to wean off of any medications to see how I am really feeling. My chest however is sore, my throat is scratchy, and I am concerned deeply about if my lungs will recover from this damage.

I have also discovered that my sense of smell is significantly diminished. This side effect is bizarre as heck.

Emotionally, I am spent by the realities for my family, our community, and the world as a whole.

Like millions all over the world, I am saddened for the less fortunate, the elderly, and the people who will die from this. I’m also saddened for our kids, the millions of workers displaced, our economy, and all of the medical professionals who are fighting the novel coronavirus without a full set of protections and tools.

What does this all mean for us cyclists? In my opinion, it shows that we need to distance—truly distance—from each other and use this time to help society at large. We need to be vigilant about keeping our at-risk populations safe and our families and our fit bodies safe. We need to ride indoors and embrace our trainers.

For those who continue to ride outside, please ride by yourself and note that you need to be ultra-careful while riding, because if you get hurt you may be taking medical resources away from someone who really needs it.

Is it inconvenient? Does it suck? It might, but it sucks a whole lot less than taking a spot away from someone at the hospital, and it sure as hell is better than sharing this terrible virus. We will all get back on the roads and trails again soon and share the joy that is cycling. For now, it may just need to be a little less than we are used to, so that we can recover as a society.

And when this is over, I hope we have the biggest group ride the world has ever seen.

This article has been medically reviewed by Carl J. Fichtenbaum, MD, professor of clinical medicine at the University of Cincinnati College of Medicine.