Raymond Poulidor famously never won the Tour de France, and for that very reason, there’s no other rider I would pick as the most honest ambassador for what the Grand Boucle truly is.

Raymond Poulidor famously never won the Tour de France, and for that very reason, there’s no other rider I would pick as the most honest ambassador for what the Grand Boucle truly is.

Poulidor, who died this week at age 83, cemented a legacy as the sport’s greatest underdog by leaving 14 Tour de France starts with eight podium finishes, a trio of runner-ups, and precisely zero yellow jerseys, ever, at any point in any race. The closest he came was 0.8 seconds, in the prologue of the 1973 Tour de France, and close does not count in cycling. For a rider who found such success in other races to come so close to a career-validating Tour victory over a dozen times across an almost-two decade-long career is downright Sisyphean, though his string of near-misses is exactly what made him so beloved.

Winning the Tour de France has always been about taming the inherent chaos of the race. From the very beginning—when 21 competitors finished the 1903 edition—up to today’s hypermodern Tour, there is no rider who can win the Tour without immense suffering and a good deal of luck. It is not a roll of the dice, though nobody has ever won themselves a Tour de France on talent alone. It takes as many good breaks as it does days in the saddle, and the pure difficulty and size of the race is what has made it stand out as a spectacle for over a century. 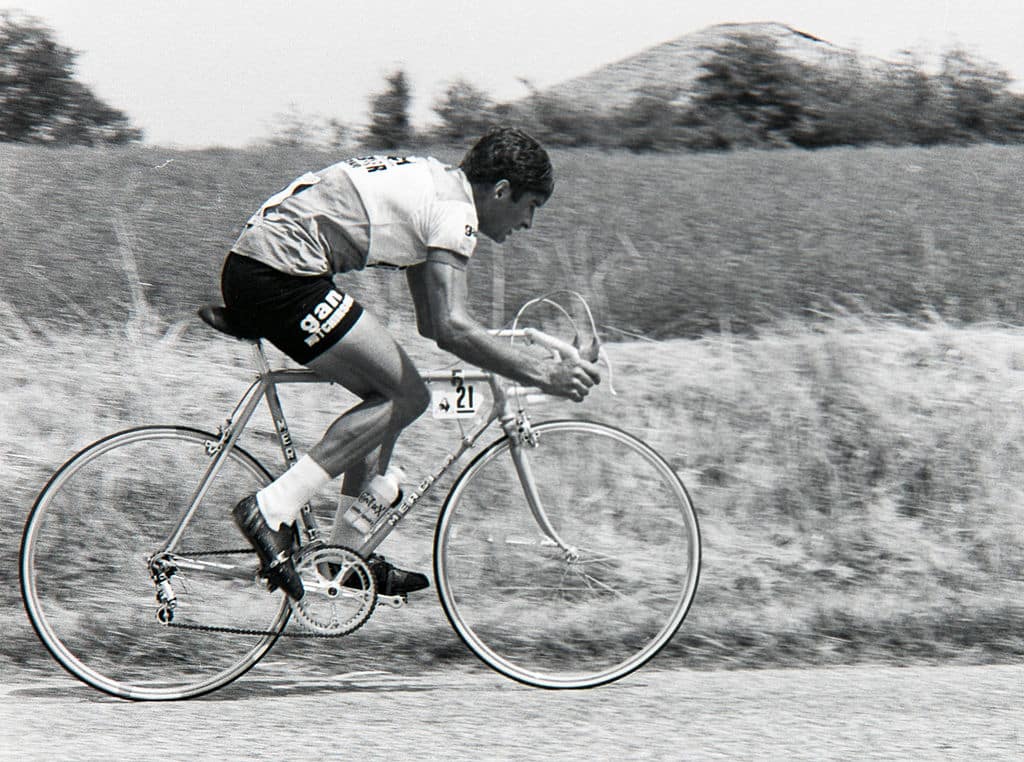 Poulidor certainly had the talent, and though his reputation is that of a second-place artist, he wound up winning over 150 races. Poulidor grew up the son of tenant farmers in central France, surviving the Nazi occupation, leaving school to work on the farm when he was young, then giving up a bright amateur career for military service in Algeria. When he returned to Europe, he immediately re-established himself, winning the French road race championships and Milan-San Remo in his second full season with the Mercier team. A Tour de France victory seemed inevitable, especially since Poulidor was discovered after he held his own against a top-ten finisher and lapped a former French champion at a small race in 1959.

Enter Jacques Anquetil. Before Hinault and LeMond, there was Poulidor and Anquetil. The two men made for perfect rivals, simply because they were so different: Anquetil had high, almost spectral cheekbones and perfectly made-up hair; Poulidor had a pouty little face with gouge-like furrows in his cheeks; Anquetil grew up with money in his pocket and enjoyed a short military service; Poulidor had to spend a year training to work off the weight he put on in Algeria; Anquetil was a ruthless rider against the clock who seized the 1964 Tour de France with an authoritative Paris time trial; Poulidor famously outdueled Anquetil days earlier on the slopes of the Pûy de Dôme, and he earned his reputation as a scrapper when he finished third in his Tour debut nursing a broken finger.

Poulidor was more popular with fans, which drove Anquetil nuts. Though their differences were certainly played up by the press, the two men were bitter rivals and seemed destined to swap Tour de France victories for years. 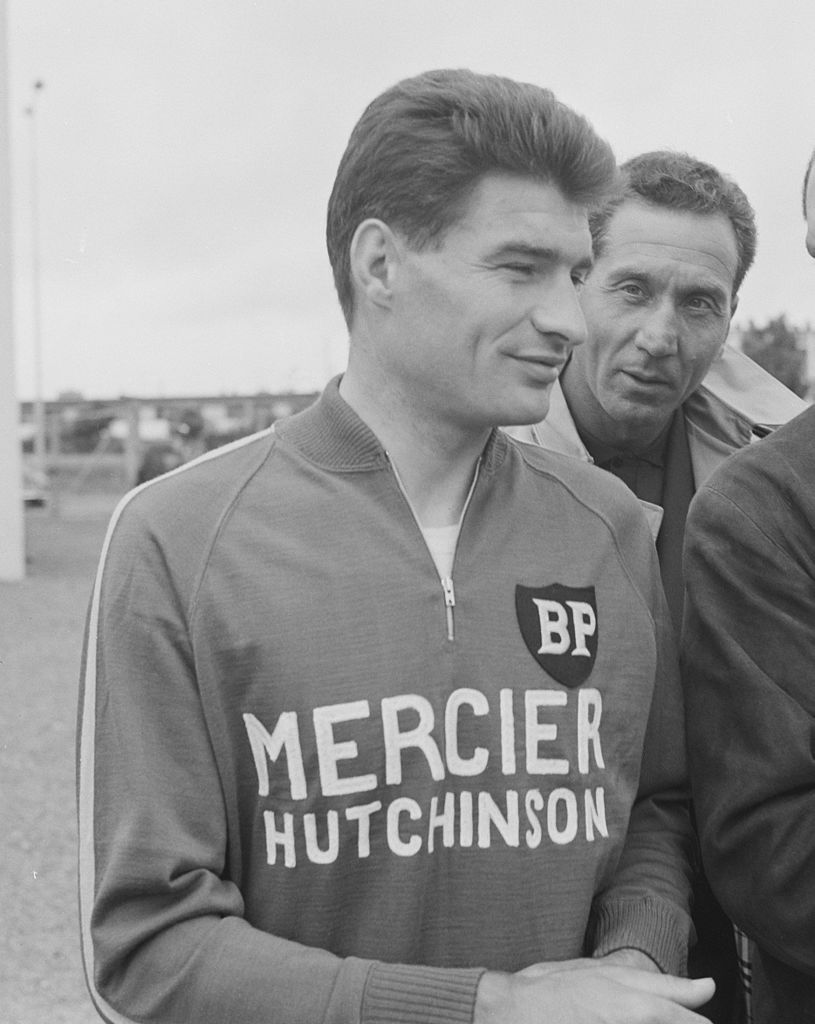 Instead, Anquetil ripped off four straight Tour de France wins, which brought him to five on his career and easily established him as the greatest cyclist of his era. Poulidor cost himself time with ill-timed sprints, punctures, and plenty of other mishaps, and by the time Anquetil left the sport, Poulidor ran headlong into Eddy Merckx, who dominated the next half-decade of the race.

Conquering the Tour de France multiple times in a row takes something inhuman, which, for all his talent, Poulidor never produced. The hardworking and ultimately human Poulidor was always going to be a more popular athlete than his unflappable rivals because a rider like Poulidor is the more honest one. There’s a coldness to unalloyed greatness, and being a fan of a rider who seems to win Grand Tours easily—like Anquetil or Merckx decades ago, or Chris Froome now—is like being a fan of gravity.

6 Things We Love About The 2020 Tour de France Route

Poulidor, on the other hand, suffered and fell short, which every fan can identify with. He was always a good sport about it, and worked for decades with the Tour de France, always drawing cheers with French crowds. For an event as obsessed with its history as the Tour de France, Poulidor made perfect sense as an ambassador for the struggle of the race.

It’s a fitting coda, then, that his name will continue to ring out. Poulidor is the grandfather of Mathieu Van Der Poel, a Dutch winning machine that looks like the most talented bike rider of his generation, a rider so good that he is already giving quotes at age 24 cautioning the press that, yes, someday he might not win every race. Let Van Der Poel’s panache remind you of Poulidor’s famous efforts, and let his inevitable victories remind you that Poulidor was a great rider, not just an also-ran.