​What Does a Tour de France Rider Eat in a Day?

You might be surprised that you have most of these staples at home.

You might be surprised that you have most of these staples at home. – By Molly Hurford 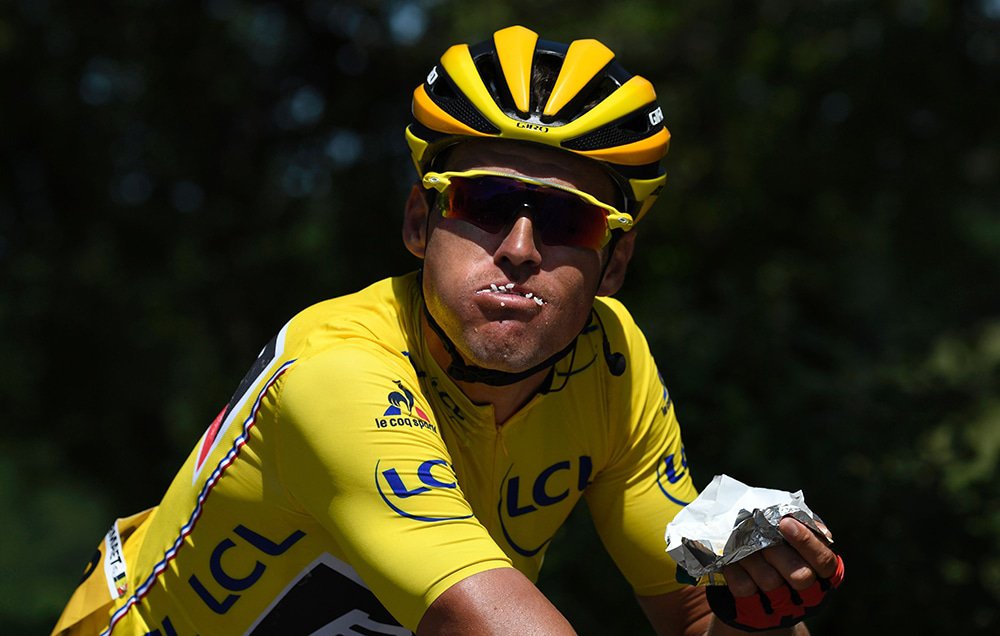 You might be surprised at what a Tour de France rider eats on an average race day. If you compare most of what they eat to most of what you ate the last time you had a big ride like a century or a Gran Fondo, you would see that most of the riders eat exactly like you do—just maybe a little healthier and in larger quantities.”If a healthy cyclist is able to absorb 320-380 calories per hour and burns 5,000+ calories in a stage and another 1,500 the rest of the day, the numbers are against him,” explains Cannondale-Drapac Team Chef Sean Fowler. “So besides being expected to be tremendous athletes, they are also expected to be marathon eaters. They simply become tired of chewing on and off the bike. Probably the most challenging parts of my job are to keep them eating and happy with the food and its variety and to keep it all nutritious!” 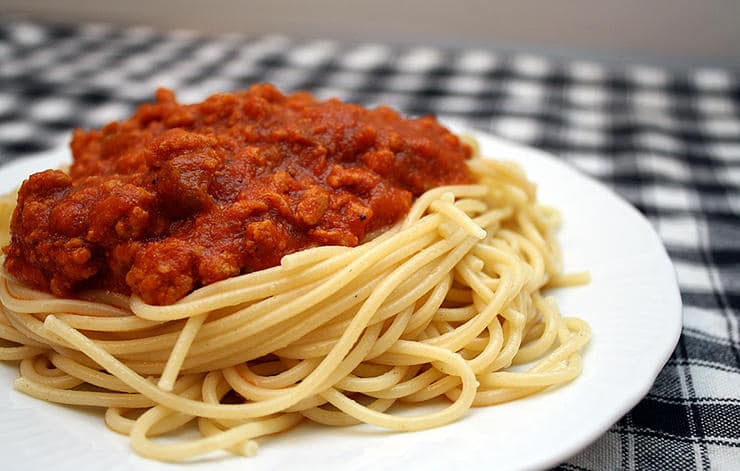 Spaghetti is Back in Style

Nicki Strobel, Head Chef with the Orica-GreenEdge team, is thrilled to see the return of gluten to the pro peloton. “A few years ago, everyone was avoiding it,” he says. Now, he’s back to making two types of bread for both breakfast and the during-ride sandwiches that some team members swear by, and he’s cooking up huge portions of spaghetti bolognese for dinner ahead of long stages. 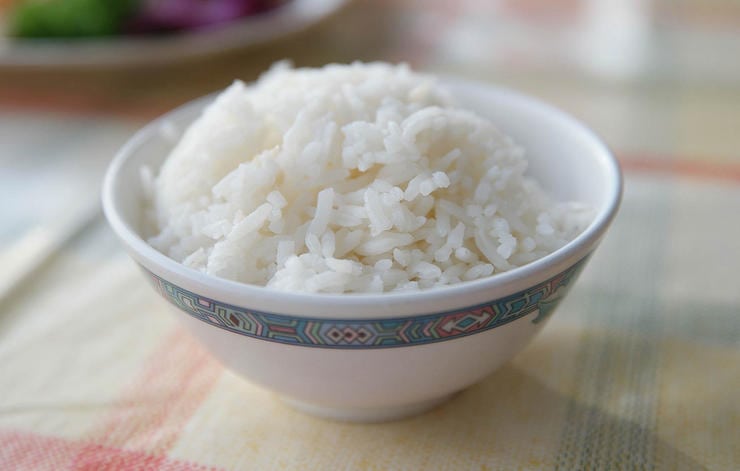 …But Rice Is Still Huge
“Post-stage, riders have a recovery shake, and on the bus, they have approximately 300g of cooked rice and a 1.5-litre bottle of heavily diluted pineapple juice,” says Cannondale-Drapac’s Head of Nutrition Nigel Mitchell. 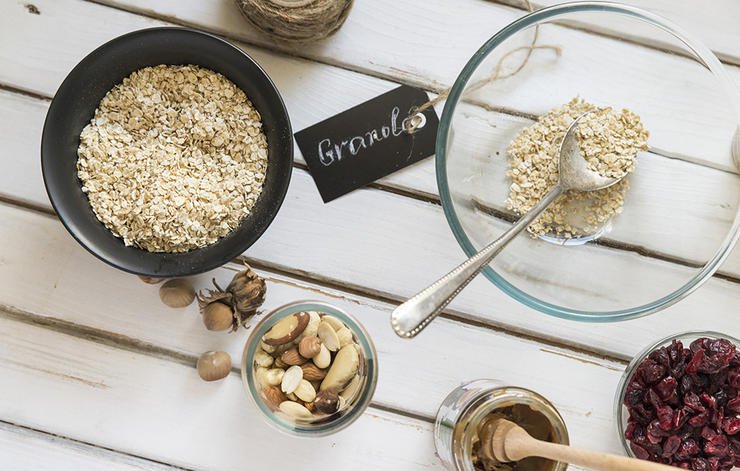 Breakfast Is a Process

Breakfast is divided into two sittings for the Cannondale-Drapac team. “The first is called the breakfast box,” says Fowler. “The riders can come early for muesli, oatmeal, cereals, and fruit smoothie. Then, three hours before the start of the stage, they have the race meal, which is simple, low-fiber white rice and an omelette. This is to top off glycogen supply in the muscles before they’re off.” 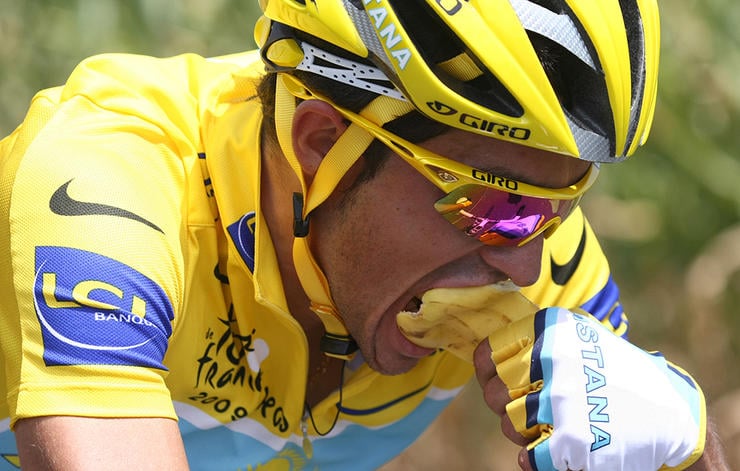 In-Race Food Differs by Taste
Teams have learned the value of individualised in-race nutrition, and while some riders rely on sports drinks, others opt for gels or some chow down on bars. Even a ham sandwich in the peloton isn’t surprising, says Strobel. Again, this is a shift he’s seen away from the all-rice-all-the-time trend, although he says that plenty of teams still swear by rice bars. 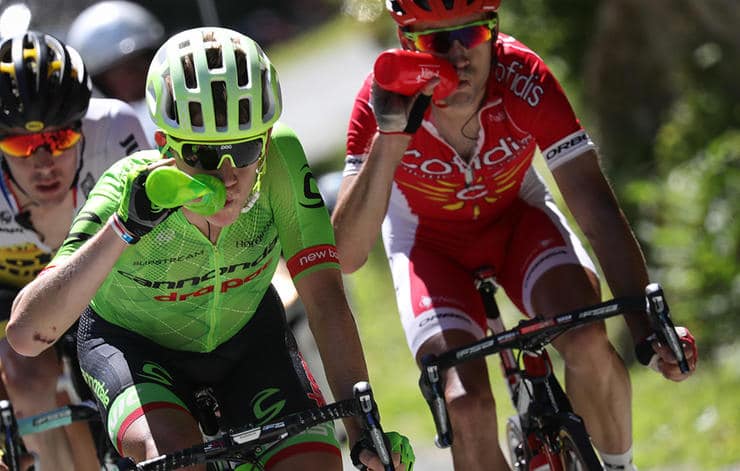 “I always try to eat something every half hour. But it is way harder to do that in the mountain stages,” says Dylan Van Baarle of Cannondale-Drapac. “And drinking-wise, it’s best to drink two bottles per hour, but that’s also hard in mountain stages, especially when it’s a little bit colder.”

Because of that, riders get an extra 40g of carbohydrate mixed in their protein-heavy recovery drink on depleting mountain stages, according to Mitchell. 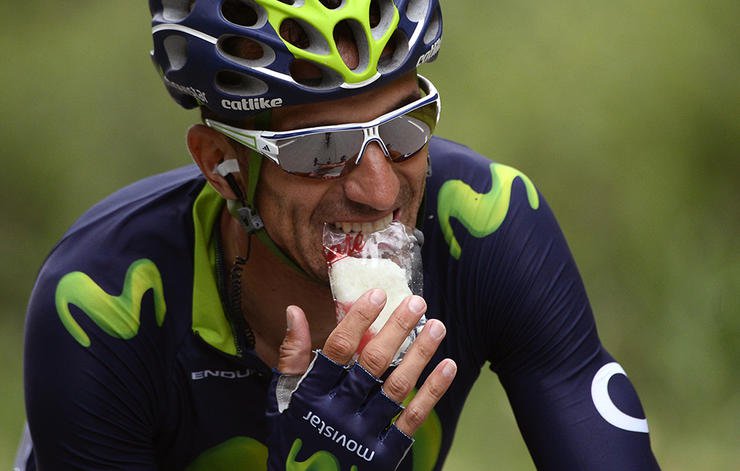 Fowler has his work cut out for him. As “Grand Tour saturation” sets in for riders, it becomes harder to get them to eat enough for the demands of the race. Thus, the dinner menu gets a little wild. “Dinner is essential. There are lots of nutrient-dense vegetables – the rawer the better. There are also easily digestible carbohydrates and protein,” he says. A potential dinner menu might include “julienned carrot salad with walnuts and goat cheese; beet salad with grated apples; pickles dressed with honey mustard; oven roasted broccoli and cauliflower; roasted garlic risotto; stewed rabbit mole; and fresh berries with almond milk kefir.” (Where do we sign up?) 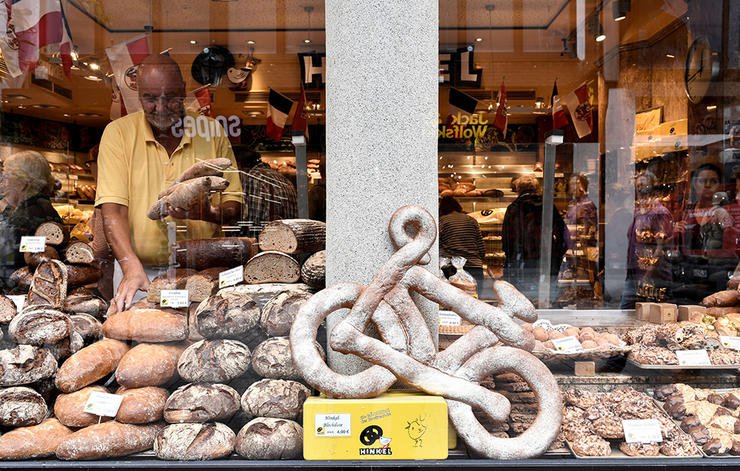 Strobel tries to emulate how riders normally eat. Breakfast has options from fried eggs and omelettes to oatmeal, sandwiches, and granola. Dinner depends on the day and the upcoming stage, but he tries to make something that everyone likes. For the British riders on the team, he makes sure there are curry dishes regularly featured, but pasta is another staple.

The only difference between how normal riders and pros eat, Strobel says, is that the pros are heavily into cleaner, less processed whole foods when possible, and the volume that they eat is much higher. 5,000 calories depleted in a day means huge dinner plates. And after a stage win or before a rest day, a glass of wine or beer wouldn’t be out of the question, just as it is for many of us.