Drinking Coffee Is Good For Your Cycling!

No more coffee guilt—caffeine boosts leg and brain power. And a whole lot more - there is no good reason not to keep caffeinating! 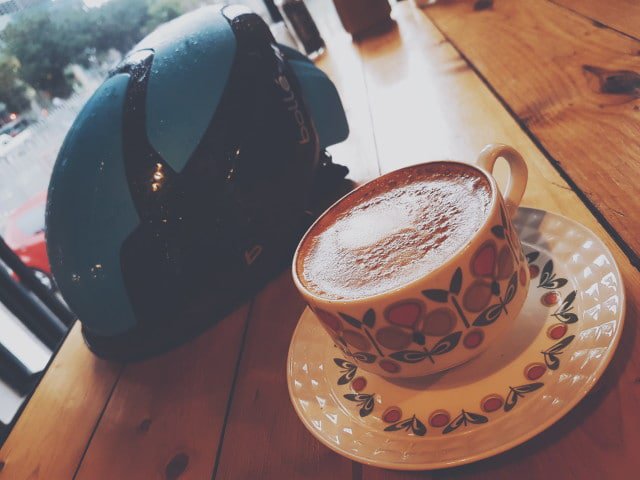 In a study done last year, researchers gave cyclists an energy bar with or without caffeine (equal to one cup of coffee) before and during a long, hard ride. They found that cyclists who have caffeine ride farther and think faster on cognitive tests than the no-caffeine group – useful news to runners in endurance events and adventure races, where quick decision-making is key.

Consider drinking a cup of coffee before your next speed workout: Australian scientists gave fit athletes a 300-milligram dose of caffeine one hour before running five sets of 6 x 20-meter sprints. They found that cyclists who have caffeine sprint faster than those who don’t have caffeine. Researchers think the stimulant enhances reaction time and leg speed.

Cyclists know they need carbs post run to rebuild their glycogen stores, but a recent study suggests caffeine may also enhance recovery. Cyclists rode hard for two consecutive days to drain their glycogen stores. They then drank a carb beverage with or without caffeine. Researchers found that having a drink with caffeine rebuilds glycogen stores 66 percent more than a carb-only drink.

Many people have heard caffeine causes dehydration. Most studies, though, show you can have up to 550 milligrams of caffeine (or about five cups of coffee) without affecting hydration levels. That means you can have quite a few caffeinated sports drinks and gels while cycling without risking dehydration; more than 550 milligrams will have a diuretic effect.

A few studies have shown a link between bone-mineral loss and caffeine – but a close look at the data reveals that caffeine itself doesn’t cause the mineral loss. Many coffee lovers may drink it in place of beverages rich in calcium (such as milk), and as a result, decrease their intake of this bone-strengthening mineral.

Measuring Up:  Just how much jolt is in that gel, cold-drink or latte?

The combination of carbs, protein, and caffeine (about 100 milligrams) in this shake will help boost muscle recovery after a hard run.

Place all ingredients in a blender and puree until smooth and frothy.