The 2020 Cape Town Cycle Tour is done and dusted, and what a wonderful clebration of cycling it turned out to be.

Windless and cool conditions greeted over 30 000 cyclists who took on the 42nd Cape Town Cycle Tour in Cape Town on Sunday and remained that way until an unseasonal squall ran through the douth Peninsula around lunch time, showering riders with golf-ball raindrops, and battering them with gale-force winds.. 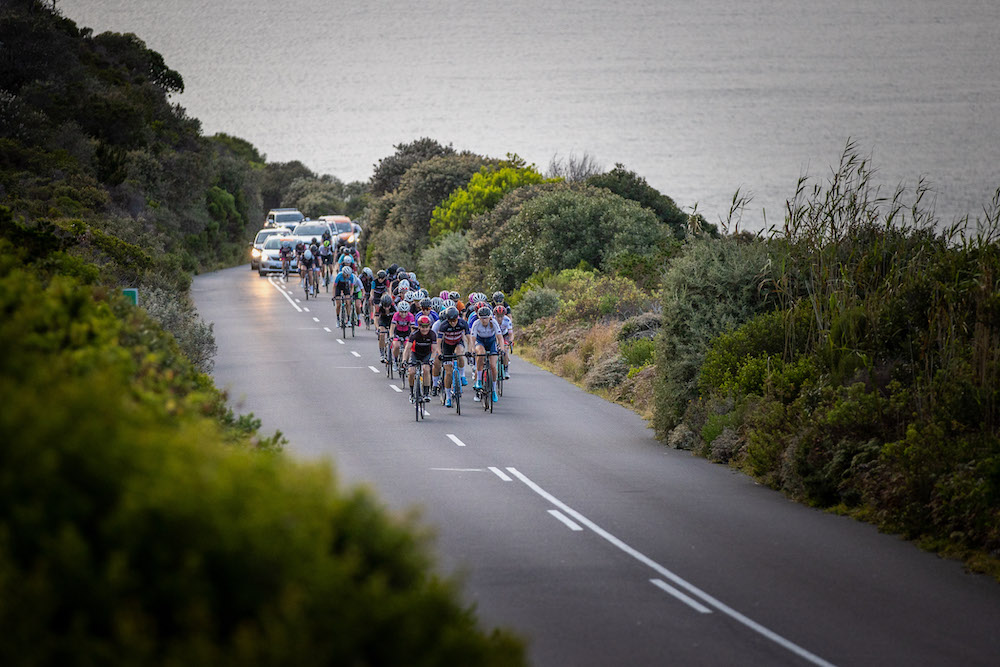 While the wins were taken by Cherise Willeit – who won her fifth women’s title – and 20-year-old Travis Barrett in a dramatic men’s sprint, the story was of the thousands of cyclists that followed them home.

Among the finishers was Premier of the Western Cape, Alan Winde, who completed his 13th tour, and former Springboks Breyton Paulse and Corne Krige. TV commentator Mattew Pearce was also a successful finisher while sports presenter OG Molefe finished with his usual broad smile. Only in the late afternoon did the wind begin to blow but, by then, most of the field was on the home stretch towards the finish in Green Point. 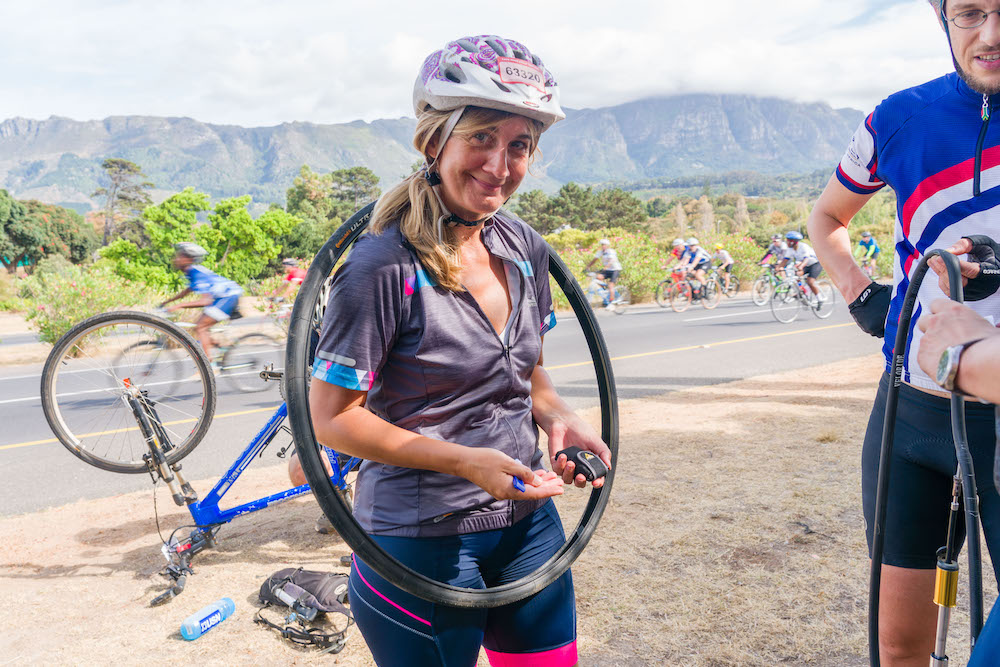 “It was a near-perfect day for riding and the spectators out on the route made this year’s Cycle Tour all the more special,” said Cape Town Cycle Tour Director, David Bellairs. “The support of the community along the route, in particular in Masiphumelele, was extraordinary and this is what makes this race special.

”To the riders, chapeau! Thank you!”

Willeit (Customized Cycling Bioplus), who admitted to not having had the ideal build-up and even suffering from a stomach issue earlier this week, survived early attacks from British triathlete Emma Palant to narrowly outsprint Frances Janse van Rensburg from a lead group of 12 riders that broke away up the infamous Suikerbossie climb. Willeit finished the 78km women’s elite route in 2 hours, 7 minutes, 48 seconds.

“Every win at the Cycle Tour is special but this was a tough one. My legs were cramping during the sprint. It was a long sprint into a headwind and I must have kicked five times in the final 500m,” Willeit beamed.

The women’s race was characterised by early attacks and surges that started with Palant. The British rider attacked within 2km of the start and was only reeled in by the group at the top of the Smitswinkel climb.

As the race turned towards Chapman’s Peak, Palant was part of another breakaway of three that included Yolandi du Toit (Garmin) and Melissa Kretzinger (Customised Cycling Bioplus). But all, except Palant, were pulled back by the bunch up the famous climb before it came together in Hout Bay.

Up the crucial Suikerbossie climb Willeit, Catherine Colyn and Kretzinger attacked and dragged a group of six over the top. Over the final 15km the lead group swelled to 12 but Willeit proved her class in the final 100m. Janse van Rensburg finished second and former trail runner, Hayley Preen, was third.

Willeit has won the second most titles among the women at the Cape Town Cycle Tour. Anriette Schoeman has won the event seven times and finished in the chasing bunch,

In the men’s race, in-form Barrett upset some of the big sprint favourites to nudge out former winner Clint Hendricks (Enza) by the width of a tyre to finish in 2:30.04 for the 109km. The two were part of a lead group of 15 that broke away up Chapman’s Peak and held their lead over the second bunch to the finish. Local Capetonian Jayde Julius (ProTouch) grabbed third. 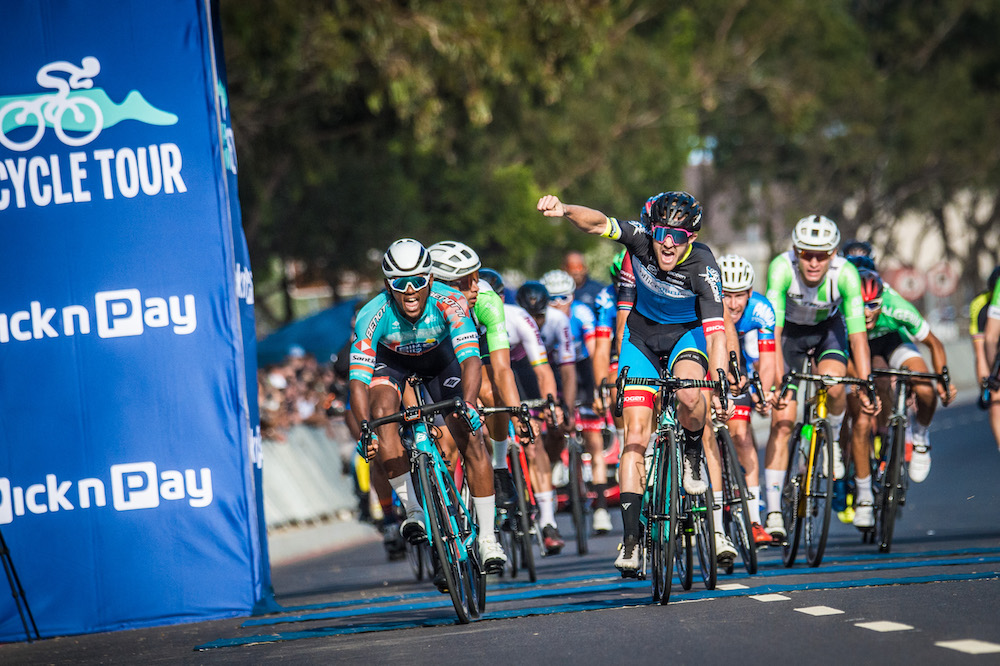 “It was a very long sprint and I could sense Clint coming up beside me. But I held on.” Barrett said. “I still can’t believe it. Winning the Cycle Tour is what every rider dreams of.”

Barrett has been in superb form of late with wins on the Gauteng circuit and during the recent Tour of Good Hope and is rapidly becoming one of South Africa’s brightest young stars.