Muddy Hell! This Was Worth Waiting 900 Days For.

Muddy, slippery, mad - Paris-Roubaix 2021 delivered entertainment and heroics in both the women's and men's editions.

Paris-Roubaix 2021 is done and dusted, and what a gloriously muddy affair the 104th edition of the gnarliest ‘road’ race on the pro calendar was. Finally! We had to wait more than 900 days from Philippe Gilbert’s historic win in 2019 for more action from the cobbled farm roads of Northern France, thanks to multiple Covid 19-related delays, cancellations and postponements, but the final move to a temporary October date proved fortuitous for the fans and historians of this hallowed event, as for the first time in a generation, Paris-Roubaix was wet. And muddy. And slippery, in the extreme.

The inaugural women’s edition was held on Saturday, 2 October, and was won by British rider Lizzie Deignan, outfoxing Marianne Vos with an audacious 80km solo attack, with Marianne Vos leaving her chase too late – a pattern for the Dutch in 2021 – to finish 1:17 adrift, but well clear of Deignan’s team mate Elisa Longo-Borghini. The muddy conditions played havoc with the field, with just 61 finishers out of a field of 130.
HOW TO CLEAN YOUR BIKE AFTER THIS MUCH MUD!
The men’s cobble went to an Italian for the first time since 1999 – Sonny Colbrelli diddling pre-race favourite Mathieu van der Poel and the third member of the race-winning break Florian Vermeersch in the final sprint after six hours of the hardest Roubaix racing in decades. The attrition rate was as extreme as the conditions, with half the field heading for an early and deserved shower.
The best news? It’s only six months to the 2022 Paris-Roubaix… 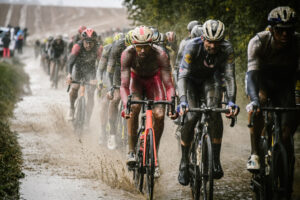 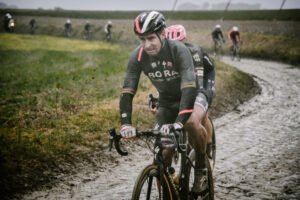 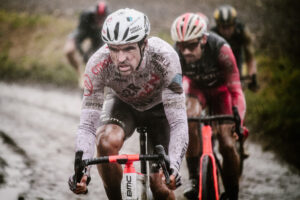 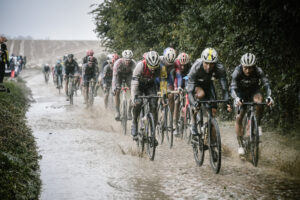 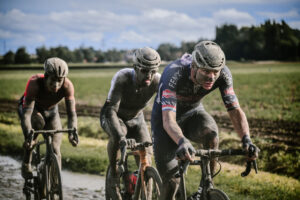 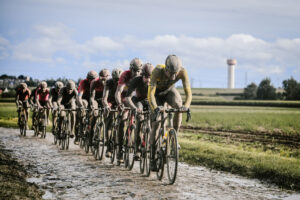 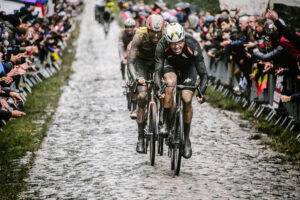 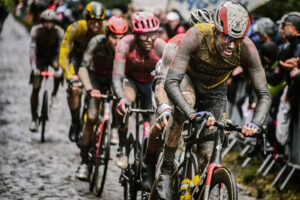 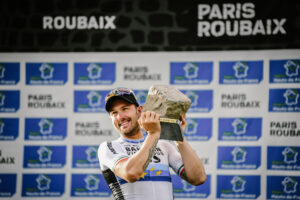 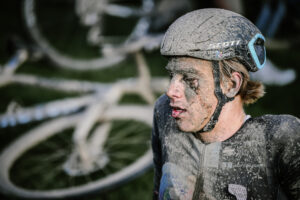 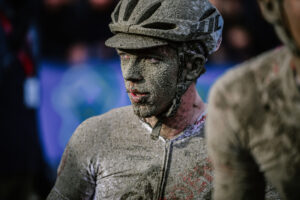 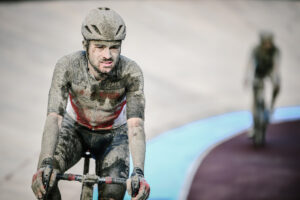 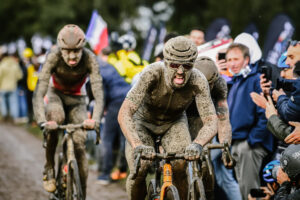 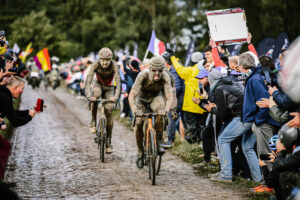 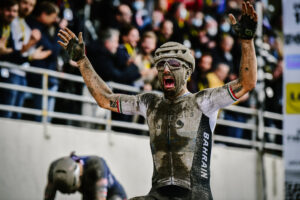 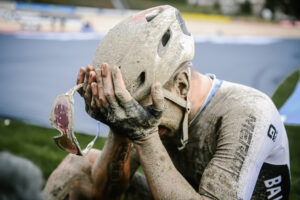 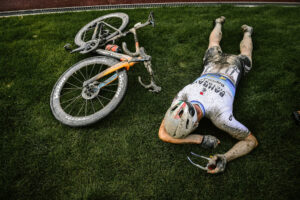 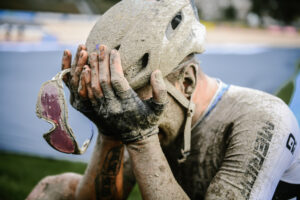 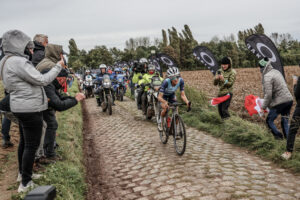 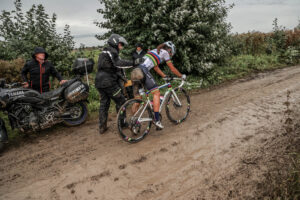 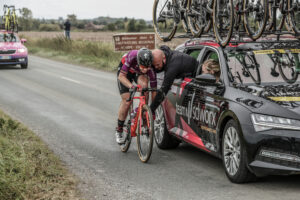 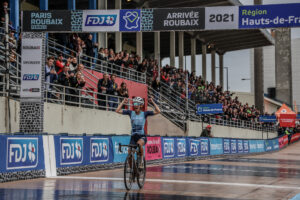 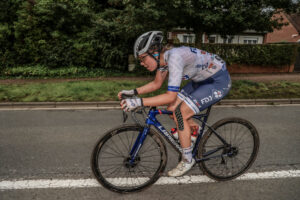 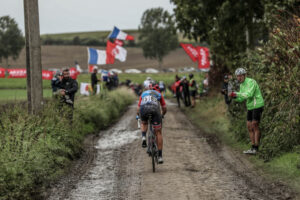