Get a Boost From Caffeine Without Kicking Your Coffee Habit

A new study shows you can still get day-of performance benefits from caffeine even if you rely on it for everyday energy.

A new study shows you can still get day-of performance benefits from caffeine even if you rely on it for everyday energy. – By Molly Hurford 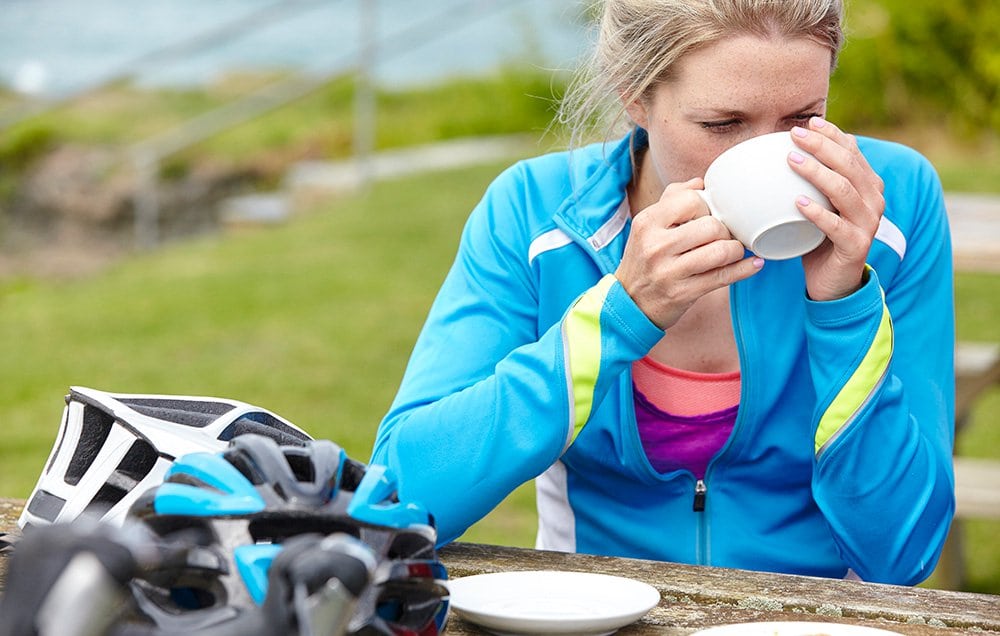 We all know that caffeine enhances performance. But what happens when you’re a habitual coffee-drinker? Can your hard efforts really be improved by a jolt of caffeine just ahead of a big ride or race, or are you doomed to sluggishness because of your pot-a-day lifestyle?Good news: A new study of cyclists, published in the Journal of Applied Physiology, found that even with regular caffeine intake—whether your vice is coffee, diet soda, or caffeine-infused gels—you still get a noticeable race-morning boost from caffeine supplements.
That’s definitely reason for cyclists to cheer:”Some cyclists do abstain from caffeine days before supplementation, hoping to perform better in the race, which we showed to be not necessary at all,” says study co-author Professor Bruno Gualano, PhD, of the University of Sao Paulo.”Our results were somehow surprising, as a tolerance to habitual caffeine intake has been shown to affect mood and cognitive responses,” he adds. “This seems not to be case for endurance exercise performance.”To discover this, study authors looked at 40 male cyclists with three varying levels of habitual caffeine consumption (low, medium, and high, the latter calculated as 351mg of caffeine per day—about four cups of coffee). They were asked to abstain from caffeine for 24 hours and fast for six hours prior to a cycling time-trial test, then split into three subject groups: those given caffeine supplements in pill form, those given placebos in pill form, and those not given a pill. One hour after taking the pills, subjects completed the time-trial; each cyclist was asked to perform a warmup, then burn about 420kJ in the least amount of time.

The result: Based on blood samples and subject-rated perceived exertion, there was nothing suggesting between habitual caffeine intake affects time-trial performance with caffeine supplementation. The caffeine pills improved subjects’ performance by just over three per cent on average, while the placebo increased performance by roughly two per cent over the control group.

No matter how much caffeine a subject was used to consuming on regular days, they still felt some added pep: Perceived exertion was also the same between the low- and high-habituated caffeine groups.

It should be noted that the group studied was small and limited to one gender, so results can’t be guaranteed for every individual; plus, some riders respond differently to caffeine. While it might give many people the energy to pedal harder during a ride or race, others may just end up jittery.

For those of us who worry about that multiple-cups-a-day habit wrecking performance, we can now drink with abandon.