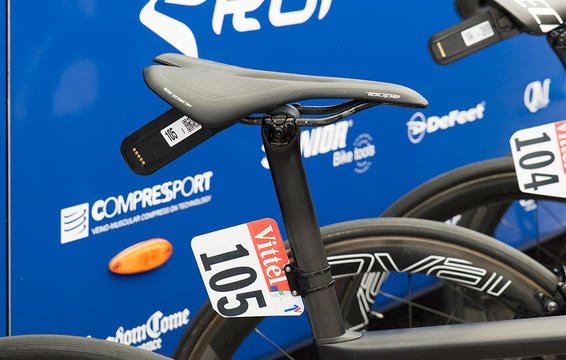 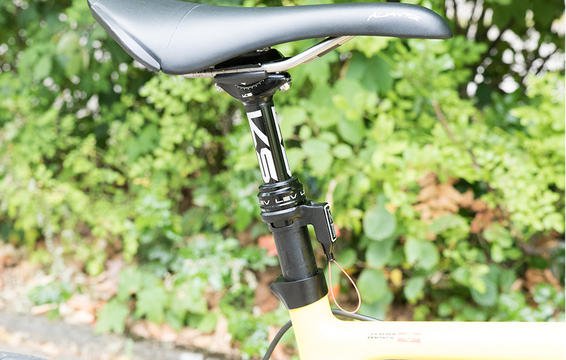 One of the more memorable images from the 2016 Tour de France was that of Chris Froome briefly riding a borrowed Mavic Neutral Support bike up Mont Ventoux with a painfully obvious too-low saddle. (His race bike was damaged, and the Team Sky car with his backup bike was caught up in traffic). To try and minimise the chance of a similar situation (and photos) arising, the bikes on Mavic’s Neutral Support cars are now equipped with KS dropper posts that allow a rider to adjust saddle height on the fly by up to 65mm. 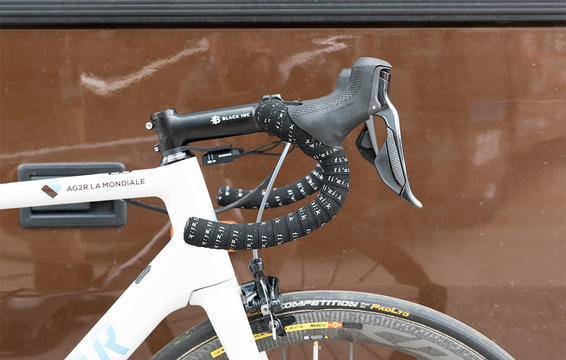 Bardet’s position would seem to put a rider’s wrists in an awkward position when his hands are in the drops. But when you’re as fast as Bardet, who’s going to argue? He’s also not the only rider to position his bars this way: Wanty Groupe Gobert’s Yoann Offredo has his bars positioned similarly. 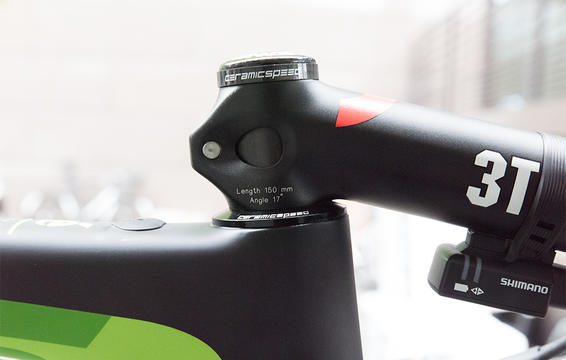 RELATED: The 23 Raddest Bikes from This Year’s Tour 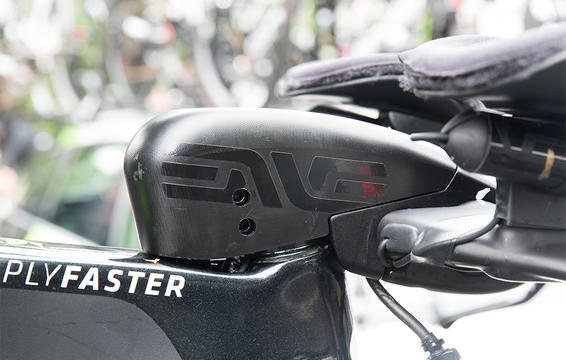 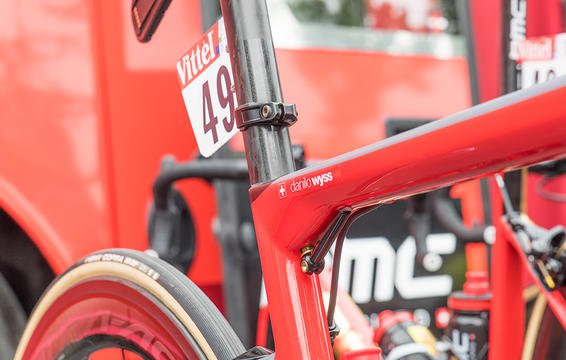 BMC representatives would not answer our questions regarding this modification made to Danilo Wyss bike. The only hint provided was that it would only come into play if something went “really wrong” in the race. Danilo Wyss is 5’9”, the second shortest rider on the BMC’s Tour squad. The shortest? BMC’s team leader Richie Porte, who stands 5’8”.

So here’s our theory: The collar on Wyss’s seat post is set at Porte’s saddle height. Should something go awry with Porte’s bike during the race, and BMC’s team cars aren’t available to give Porte a spare bike, Wyss will hand off his bike to Porte. Porte grabs Wyss’s bike, flips the lever, pushes the post down to the collar, tightens the lever to secure the post, and rides off. 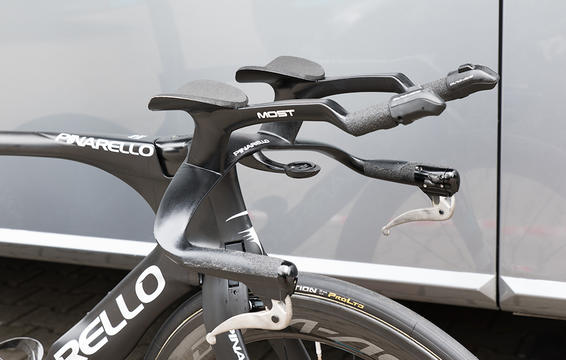 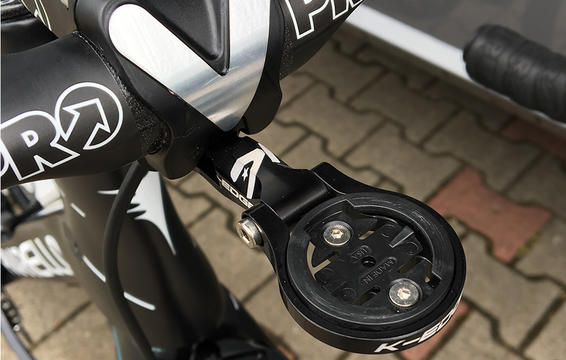 Some of Team Sky’s bikes were equipped with a new K-Edge Garmin mount that cleanly mounts to the Team’s PRO Vibe stems.

RELATED: What Does a Tour de France Rider Eat in a Day? 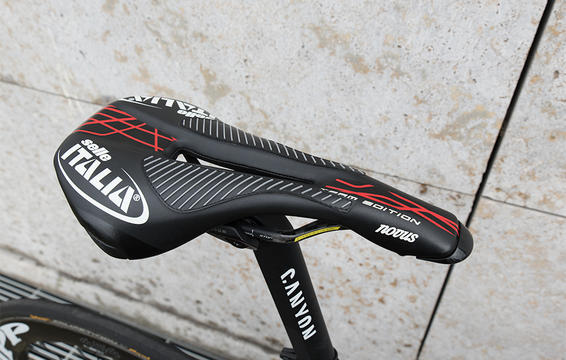 Though more commonly found on TT bikes, some riders add grippy materials to their road saddles, too. The additional grip can help keep a rider locked into place when going “full gas.” Shown is Team Katusha Alpecin Tony Martin’s saddle. 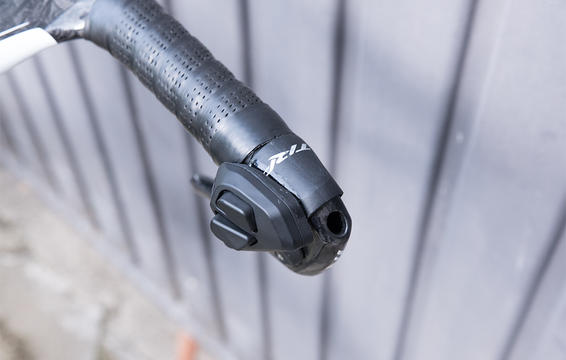 The TT bikes often have the most creative and extensive modifications as mechanics try to get parts from various sponsors to work together. In this example, Cannondale-Drapac’s mechanics excised the shifter buttons from a Shimano Dura-Ace Di2 TT/Triathlon Dual Control lever and glued them to the side of a TRP brake lever. 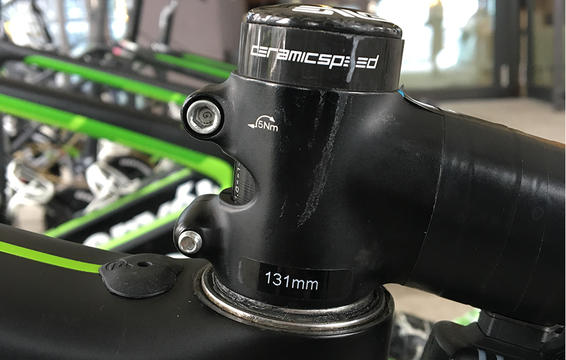 When slammed isn’t low enough, mechanics will remove the upper-headset assembly cover to get a few millimetres lower. 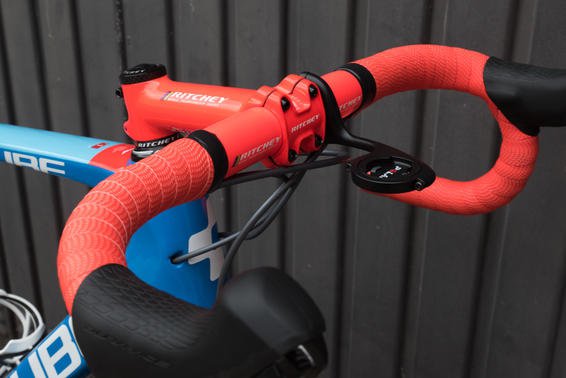 This is the first Tour de France for Wanty Group Gobert, and the team is participating with a squad made up entirely of first-time Tour participants. The riders are easy to spot in the peloton, thanks to the bright, peachy-vermillion stem, bar, and tape on their Cube bikes. 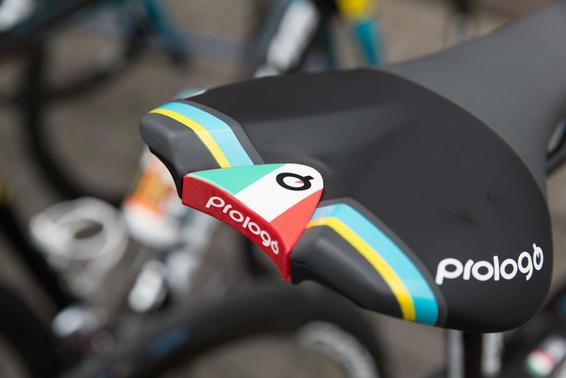 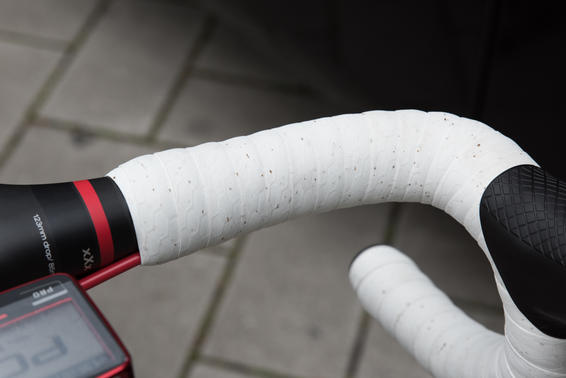 Faustino Muñoz Cambron has been Alberto Contador’s (Trek Segafredo) personal mechanic since 2003. One of the ways you can always pick out Contador’s bike is Muñoz’s signature bar wrap. Munoz wraps Contador’s bar tops-to-drops (opposite of the way bars are usually wrapped), and heavily overlaps the tape (for more cushion). While some mechanics consider wrapping this direction improper, there’s no doubt it looks incredibly clean. 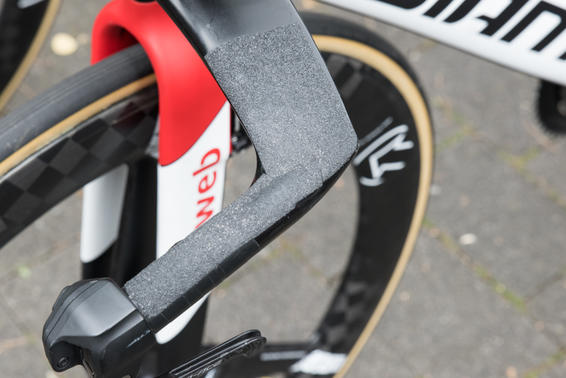 As always, the handlebars of the Tour’s TT bikes are covered in acres of grip tape.