Want to get into cycling (or get your partner into the best sport ever), but intimidated by the hills? Darrvin has the answer.

SA start-up Darrvin has created an e-bike package that will get significant others and newbie riders testing their range and confidence daily.

It was only while sipping our last remaining frosty before lockdown number whatever struck that my partner realised quite how empowering the Darrvin Peak II we had on test was.  “55km/h – but I was freewheeling. I didn’t realise it was that steep!” Our out-and-back course in the Piketberg mountains, though the flattest in the area, is unkind to normally-aspirated cyclists.

Darrvin is a Cape Town start-up that evolved from being a bike touring and specialist import company after they saw a gap in their exploration arm for inexpensive yet capable e-bikes. The market is filled with really cheap entry-level models; but as a rule, they tend to be unreliable, and woefully underpowered in terms of range. They go okay – while they’re going. But small batteries and basic spec levels are what keep the costs down.

So after trying a few unsatisfactory examples in their tour operation, the Darrvin chaps used their combined decades in the game to design and source their own from the East.

The Peak II is their second-generation mountain bike. You’ll notice it has no rear suspension, and that is by design; the vast majority of people buying bikes have no need for such complication, and it spikes the cost immensely.

READ MORE What E-Bikes Mean For Your Fitness

If you do full-suspension right, the price doubles – as does the need for maintenance and knowledge, if you want to optimise performance. The bulk of buyers looking for an entry into the e-bike market don’t want or need the hassle, they just want to ride.

And the fat takkies offer plenty of cushioning for the sort of riding the typical bike rider will do – exploring the neighbourhood and gravel roads, and some mild mountain biking.

The Peak II has been put together to last, with hassle-free 9-speed shifting courtesy of Shimano’s venerable Acera range.

The 11-36 cassette is driven by a 34-tooth chainring; plenty of gearing on the flats for novice riders to find the edge of the 32km/h limit the pedal-assist has, and light enough for anything on the road. Super-steep, technical climbs might require a slight relook at the cassette, but the reality is that this bike is not designed for such capers. 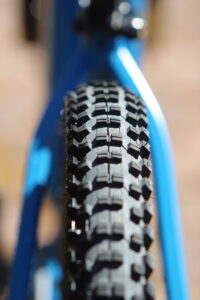 Braking comes from Shimano too, with hydraulic discs. The wheels are aluminium 29-inch, with chunky Kenda Nevegal 2.25-inch tyres a confidence-inspiring choice, should the rider venture off-road, and they make for a good workout on the tar. 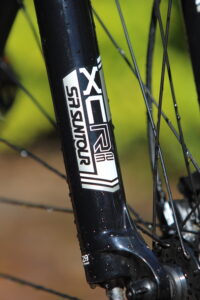 It’s in the motor and battery department that the Darrvin excels, especially at this price point. The Bafang 350W motor is relatively quiet, and offers more than enough grunt – without noticeable lag, or the sharp drop-off as you exit the pedal-assist zone on the downhills that’s often a problem in more cost-effective motor options. 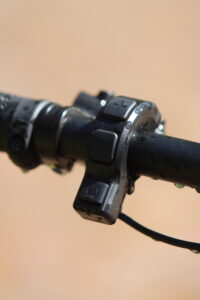 It’s a quality unit, and it’s backed up by a huge (for this sector) 500Wh battery that’s the key to the success this bike will be. The quoted range is 80-120km, on the lowest of five pedal-assist settings; and while we didn’t try too hard to run out of juice, a two-hour ride on mountain roads (40-plus km, with nearly 500m ascent) didn’t use even half the battery, in spite of a few of the steeper climbs requiring some extra power. 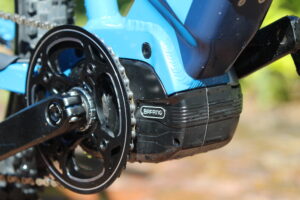 The bar-mounted display is rudimentary but totally adequate, showing speed, distance and projected range (and some other bits that don’t matter), as well as walk-assist, which is important for new riders trying to manoeuvre these heavy beasts when the legs no longer will.

My goal with sourcing a small-size bike was to make sure I wouldn’t want to ride it myself.  Not that I would have been allowed to, any time after my partner’s first leg-over moment since high school, which ended an hour and a half and 30km later. By the end of the two weeks, she had ridden every day bar one, and covered nearly 500km.

That, put simply, would have been impossible on a normally aspirated bike; and that’s where the power of the e-bike lies – not in making lazy people go faster up the hills, but in allowing novice riders to get out for longer, more comfortable rides that make them want to come back again, and again, and again. 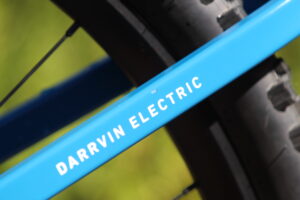 The pedal-assist takes the bite out of those small climbs that experienced, fit riders can access their extra-hard-earned watts to crest, but which ruin the fun of exploring new roads for the beginner. Until now, finishing a hilly two-hour ride refreshed and energised has been a luxury reserved for the well trained; but no more.

Do not bring a demo Peak II home (the firm has a robust bike-hire and demo programme), unless you’re ready for all those it-can-be-my-birthday-and-Christmas-present-forever tricks you thought were reserved for your kids.

This review appears in the March/April edition of South Africa’s biggest and oldest cycling magazine. 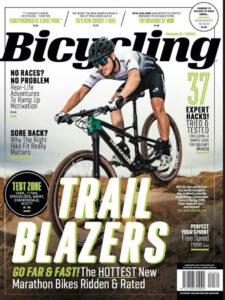