Celebrate the 20th anniversary of Pantani's Giro-Tour double with this sweet bike.

Celebrate the 20th anniversary of Pantani’s Giro-Tour double with this sweet bike. – By Katie Fogel 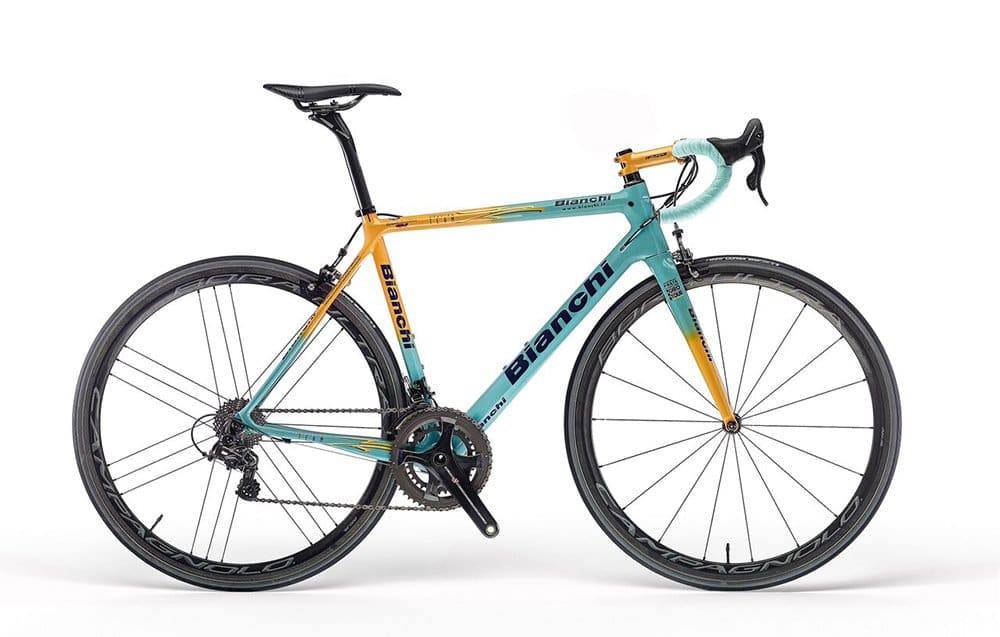 In 1998 Marco Pantani completed a Giro-Tour double, winning both the Giro d’Italia and the Tour de France in the same season. This is a feat that has only been achieved by seven riders, including Eddy Merckx.To honour the 20th anniversary of Il Pirata’s triumph, Bianchi is releasing a commemorative edition of the Specialissima.
The Specialissima is known for its lightweight frame and fork, but this bike stands out with the same graphics and yellow-celeste color scheme as the 1998 MegaPro XL ridden by Pantani. The frame and fork are hand painted and feature the classic Bianchi eagle head tube badge. 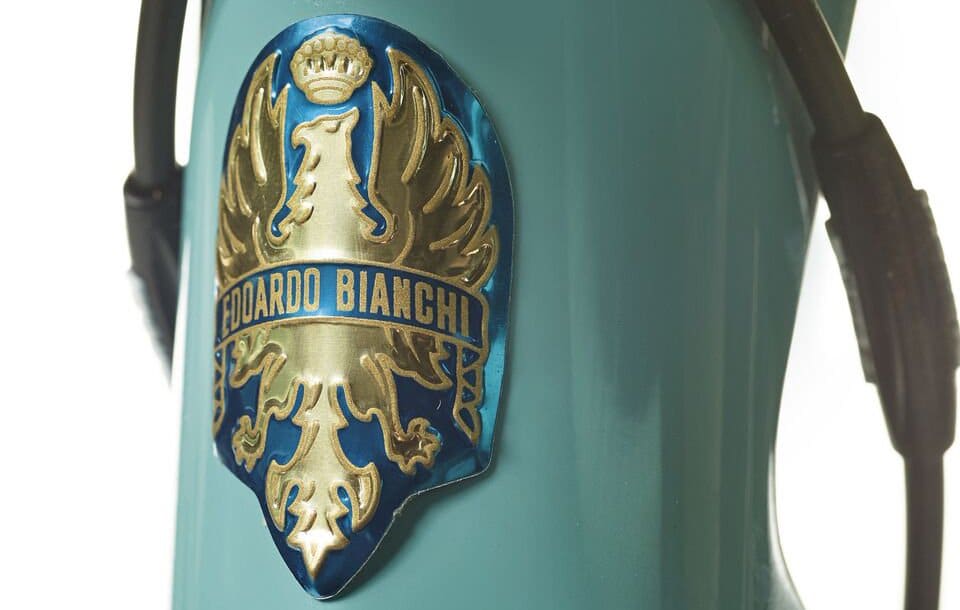 This bike is designed for climbers, with a claimed frame weight of 780 grams and Countervail vibration canceling technology. This advanced carbon frame engineering claims to cancel out 80% of road vibrations using a special fiber architecture and viscoelastic resin.The Specialissma Pantani is a bike all your friends will be drooling over, and a great way to pay tribute to Il Pirata’s extraordinary achievement. Bianchi has not announced the price or release date yet for this limited edition race machine.