Slowly Round The Cederberg – Explorers Welcome!

There was a time the Cederberg was the cycling destination of the madmen, the crackpots, the fast-fit-furious fellas. No more.

The author, and his bike

All of a sudden, the Cederberg is cycling’s newest worst kept secret. Everyone seems to be riding there, but not all are riding slowly enough. David Moseley is perfectly placed to rectify that.

When a cycle tour company rings you up and says they need some help analysing a route for a new adventure, you say yes without hesitation. 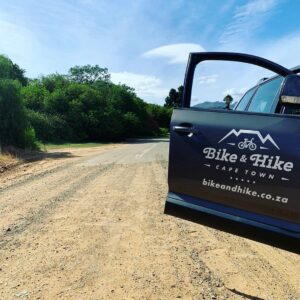 This was the case with Bike & Hike, who insisted they needed someone of my cycling prowess (can drink one glass of red wine for every kilometre cycled) to give an honest assessment of their proposed route on the Cape Cycle Routes Cederberg Circuit.

Of late, the Cederberg Circuit has become a popular destination for cyclists, with some descending on the loop to set Fastest Known Times (FKT) and riding around in a fury of sweaty overachievement for Strava kudos. (Munga winner Kevin Benkenstein is the current champ, eclipsing Mike Posthumous’ newly-created 9h42 record with a 9h36 elapsed time for the 247km loop…)

This was not the case for the Bike & Hike tour. Instead, my mission was to ride around, from Citrusdal to Op-die-Berg, as slowly as possible. That’s like asking a South African loose forward to tackle an Englishman; success is all but guaranteed.

The hills are reasonably tame and the ride itself is a doddle from start to finish. A wonderful way to start a tour, particularly completing the ride on a sublime 3km single track trail that CapeNature has just built. The route has about 800m of elevation gain, with the bulk coming in the final quarter towards Algeria. A bizarre yet pleasing sight were the rows of mango trees on the thoughtfully named “Mango Farm”. With a climb to the finish, you do feel that a chilled rosé is just reward for the day’s endeavours. A dip in the natural swimming pool at the Algeria campsite or just lounging next to the braai make this a fine overnight stop. 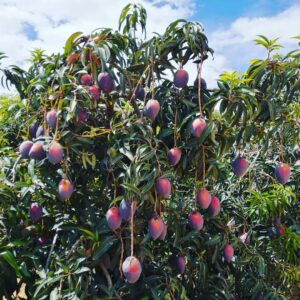 Two challenging climbs bookend this ride, the first straight off the bat from Algeria. Uitkyk Pass rises some 500m over 5km before your Rice Krispies have digested while the Wolfberg Skeure Climb 50km into the day tests your humour levels, especially the teasing false summit just near the end. In between though, you’ll find excellent gravel riding, vineyards, the Cederberg Private Cellar and Cederberg Park, where stopping for a NiewBrew beer is highly recommended. 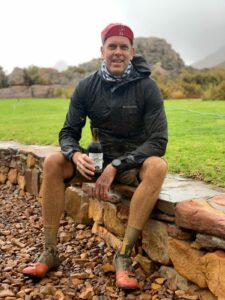 Nothing. Nothing happened. I sat on my bum and stared at Grootriveir running through Mount Ceder and debated internally, and agonisingly at that, whether a fourth coffee or first ale at 11am was too decadent for a Thursday. Mount Ceder also kindly arranged a “Secret Cederberg” rock art tour, an eye-popping experience that can only be done with their permission and expert guiding. 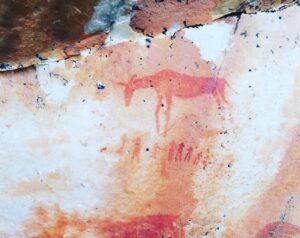 Reluctantly leaving the resort, the tour took us on a 10km climb up the aptly named Mount Ceder Never Ender, a winding climb on a mixture of gravel and tar road. Once at the top, where you are now technically out of the Cederberg and into the Koue Bokkeveld, the road shoots straight to Op-die-Berg with what felt like at least 30km of slight descent. The ride takes you past apple and pear farms with apples and pears the size of watermelons. From Op-die-Berg you can continue a further 70km to Citrusdal, or stop in at Wonderlik Koffiewinkel and enjoy a caramel and chocolate cheesecake the size of the apples and pears that were the size of watermelons.

To book a similar tour, contact Bike & Hike at info@bikeandhike.co.za