Road-race-ace Ashleigh Moolman-Pasio has been drafted into the South African squad for the upcoming World XCM championships.

Ashleigh Moolman-Pasio, on a mountain bike?  True story, as Cycling South Africa’s MTB Commission has announced the riders who will represent South Africa at the upcoming UCI XCM World Championships on the island of Elba on 2 October, 2021.

Ashleigh Moolman-Pasio, current e-Sports World Champion and ranked 14th in the UCI Road rankings, has been extended a wildcard entry for this year’s Championships by the UCI. Ashleigh is no stranger to mountain-biking, having competed at many local stage MTB events around the country. Due to the mountainous terrain, the route aligns with her climbing abilities positioning Moolman-Pasio as an exciting addition to the team. 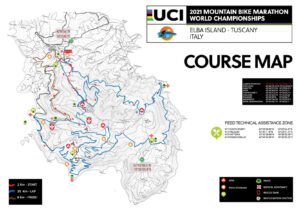