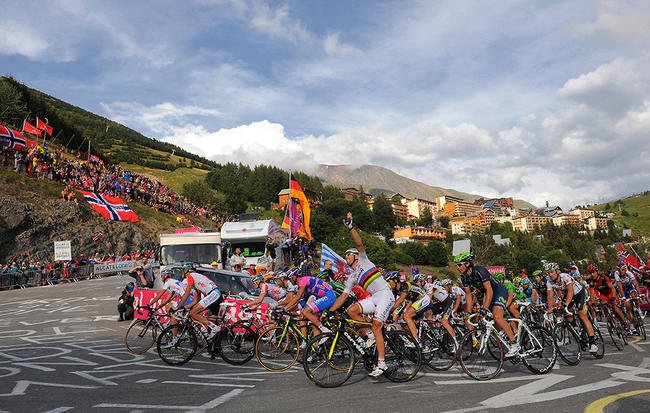 The 2017 Tour de France just finished, which means it’s time to start looking ahead to 2018. The final route won’t be announced until October,  but here’s what we know so far:

1. The 2018 Tour de France will start on July 7th in the Vendée department along the France’s central Atlantic coast with two road stages and a team trial.

As far as the riders are concerned, most will wait until the route is announced before deciding whether to compete—except for one: Team Sky’s Chris Froome. No matter the course, Froome will be coming to next year’s Tour hoping to join Jacques Anquetil, Eddy Merckx, Bernard Hinault, and Miguel Indurain as the only riders to have won five Tours de France.

Aside from that, we’re all in the dark as to what the 2018 Tour de France will bring. So let’s make some bold (but educated) predictions! 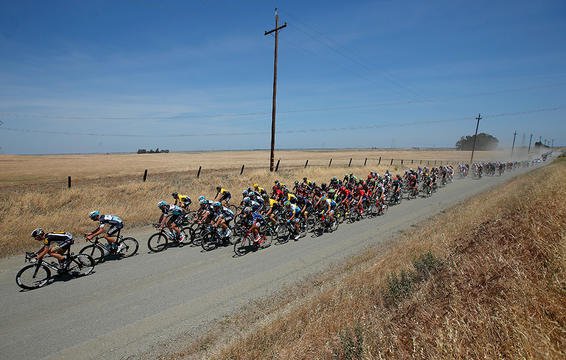 There will be gravel.

To try and capitalise on the rising popularity of gravel grinding, look for next year’s Tour de France to include at least one stage with unpaved roads. ASO, the company that organises the Tour de France, also organises a race in March called Paris-Nice in which they often test new terrain for inclusion in future Tours. Last year’s edition included a stage through the Loire-et-Cher region that featured two stretches of dirt roads. This area is just next door to region hosting the Grand Depart of the 2018 Tour de France, which means the route of Stage 4 or Stage 5 could include some “groads.” 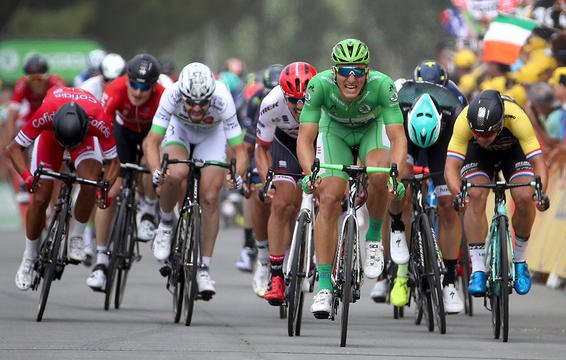 Marcel Kittel will race next year’s Tour for Katusha-Alpecin, but he won’t win any stages.

Marcel Kittel’s contract with Quick-Step expires at the end of the season, and the German sprinter is rumoured to be headed to Katusha-Alpecin. (It makes sense: Alpecin is a German shampoo company, the perfect sponsor for a well-coiffed rider like Kittel.) But don’t expect the first year of this partnership to be a happy one. Despite having one of the biggest budgets in the sport, Katusha hasn’t won a stage at the Tour de France since 2014. Kittel is used to racing on teams with a well-organised supporting cast of riders and staff. He might find the wins much harder to come by at Katusha. 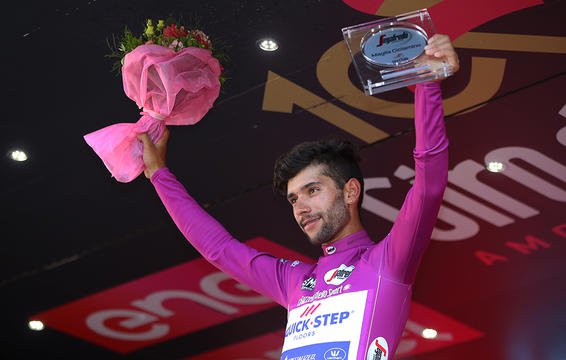 After being unfairly DQed from the 2017 Tour de France, Peter Sagan will make it to Paris in 2018—and probably win a stage or two along the way. But the Slovak will finally meet his green jersey match in Colombian Fernando Gaviria. Gaviria won four stages and the Points Classification at this year’s Giro d’Italia, and looks set to try and duplicate that performance at the 2018 Tour de France. An incredible talent who seems to possess the best qualities of both Kittel and Sagan, Gaviria can win field sprints on flat finishes, as well as uphill sprints on more technical finishes. If he dominates next year’s Tour de France the way he did this year’s Tour of Italy, Sagan might be denied a record-tying sixth green jersey—again. 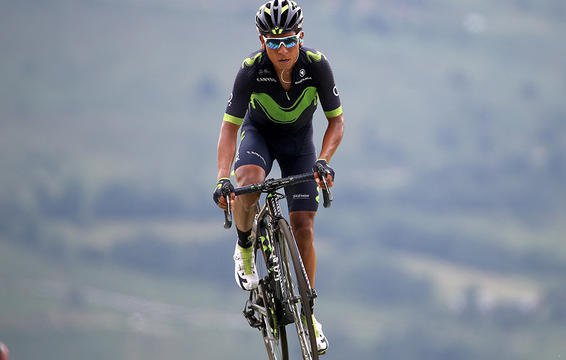 One of the more shocking rumours to come out of this year’s Tour de France was whisperings of Nairo Quintana transferring to Team Sky. Rumoured to be unhappy with how his Movistar team encouraged him to try and win both the Giro d’Italia and the Tour de France (which he didn’t), it was suggested that Sky would try and buy out the rest of the Colombian’s contract. Sounds crazy, right? Well consider this: in 2009 Sky reportedly paid a seven-figure buyout to Garmin-Slipstream in order to sign Bradley Wiggins. And with Sky probably losing Mikel Landa to Movistar, the team might be looking to add another world class climber to support Froome in the mountains. If any team has the money to pull-off such a move, it’s Team Sky. 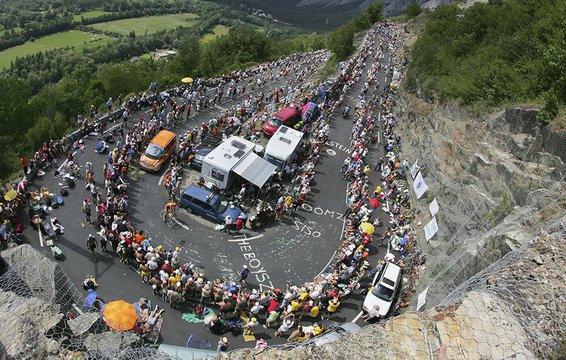 Speaking of mountains, some famous ones will be back in 2018.

With the exception of the Galibier and the Izoard, the 2017 Tour de France generally left out many of the climbs most recognisable to the race’s many fans. Next year, look for two of the Tour’s most iconic mountains—Alpe d’Huez and the Col du Tourmalet—to make their return. The Tour hasn’t climbed Alpe d’Huez since 2015, yet rarely goes more than two years without doing so. That puts the Alpine climb and its 21 hairpin corners on deck for 2018. As for the Tourmalet, the most famous climb in the Pyrenees, the Tour has almost never gone more than a year without climbing it, which also puts it on the list for 2018. As for the “Giant of Provence,” Mont Ventoux, we think the Tour might wait another year to climb it again—especially after last year when high winds, motorbikes, and Chris Froome’s legendary run all rained on the Ventoux parade. 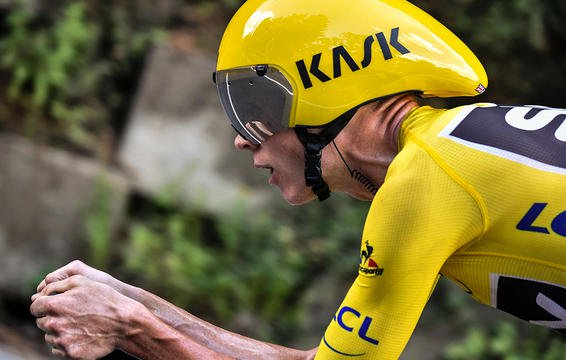 In an attempt to give AG2R La Mondiale’s Romain Bardet a chance to defeat Team Sky’s Chris Froome, the route will include a high mountain time trial.

Chris Froome won the 2017 Tour de France almost entirely in the Tour’s two individual time trials. So to make life harder for the four-time winner—and to make life easier for Romain Bardet, the home favorite who can’t time trial to save his life—next year’s Tour will include a high mountain time trial. By “high mountain” we mean it will start at the bottom of an Hors Categorie (French for “Beyond Category”) climb and finish at the summit. While Froome would certainly perform well on a stage of this sort, so would Bardet, who’s one of the best climbers in the sport. Combined with the fact that the Tour’s only other time trial is a team time trial on Stage 3, this might give the Frenchman a chance to improve on his second- and third-place finishes from 2016 and 2017.

RELATED: 7 Riders Who Can Beat Chris Froome in 2018 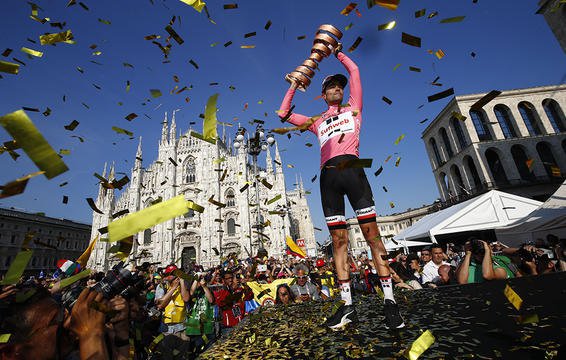 Despite the presence of upstart contender Tom Dumoulin, Froome will win his fifth Tour de France.

Everyone’s talking about how Team Sunweb’s Tom Dumoulin will defeat Chris Froome to win the 2018 Tour de France. And for good reason: the Dutchman is younger, as a good of a climber, and maybe even a better time trialist than Chris Froome. He also defeated an impressive field of riders to win the Giro d’Italia in May. But while he is the rider most likely to push Froome harder than he’s ever been pushed before, he still falls short of the Briton in one key area: his team. Even if Team Sky loses Landa and fails to sign Quintana, it will still line-up at next year’s race with the Tour’s strongest team, including riders like Geraint Thomas, Michal Kwiatkowski, Wout Poels, and whichever marquee rider the team signs to take Landa’s place. Dumoulin’s team is talented, but comes nowhere close to the depth of Team Sky. Dumoulin will have to wait until 2019 to win his first Tour de France.