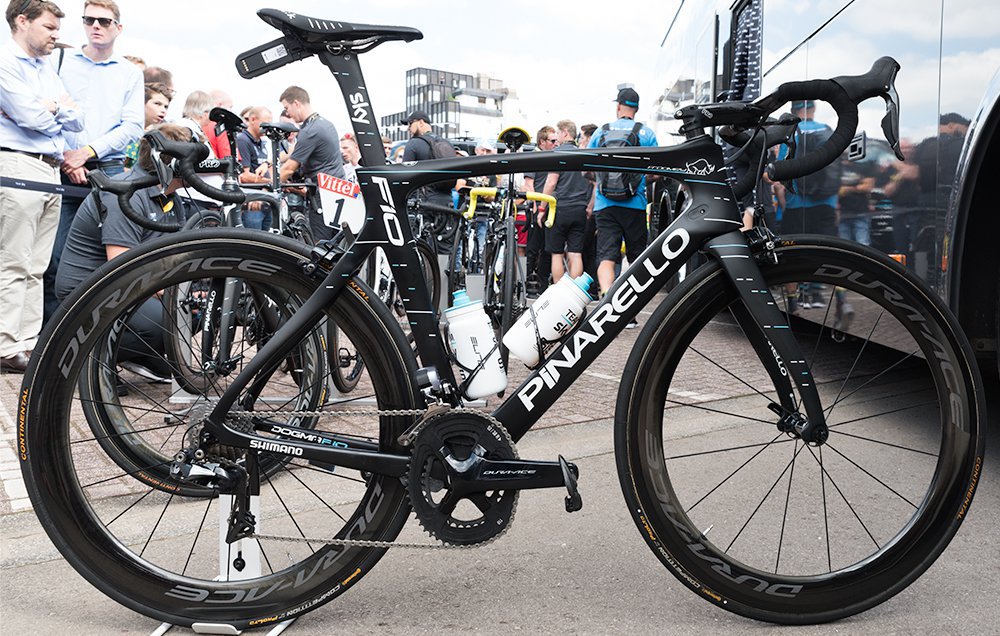 Team Sky’s Chris Froome is attempting to win his fourth Tour de France aboard the Pinarello Dogma F10. Launched in January, the F10 is an update to the successful Dogma F8 and features improved aerodynamics and a seven per cent increase in the frame’s stiffness-to-weight ratio. Froome rode the F8 X-Light to victory in the 2017 Tour, and in a few weeks, we’ll know if the F10 is also Tour-winning bike. 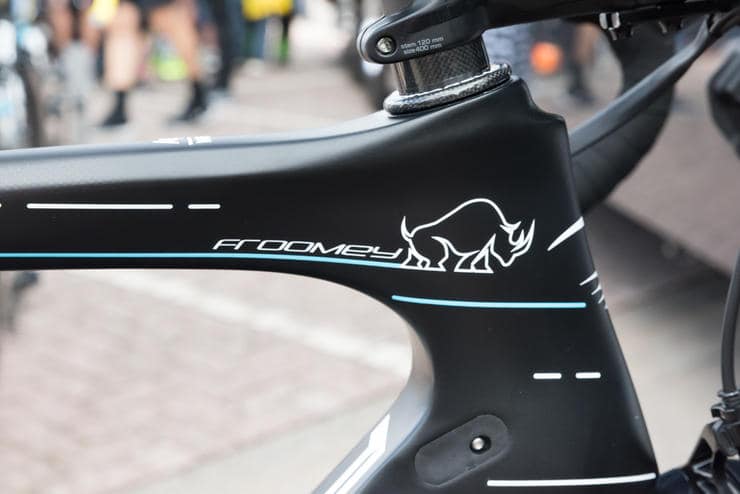 As befits one of the world’s best cyclists, Froome gets a customised finish on his bike. In years past, Froome’s rhinoceros mascot was significantly more pronounced. The custom touches on his 2017 bike are much more subtle. 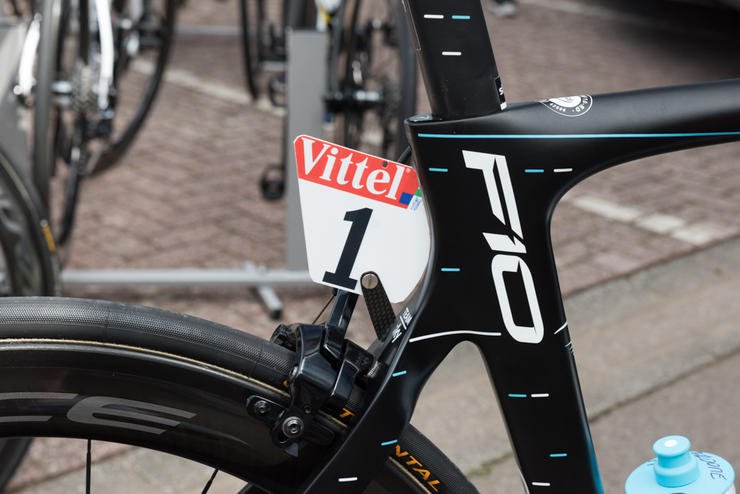 As the winner of last year’s Tour, Froome gets to wear number one in this year’s race. Froome’s bike is fitted with a carbon number holder, and mechanics cut his number to follow the curves of the frame. At the start of the 2017 Tour, we observed that most of Team Sky was aboard the F10 X-Light frame. This bike, which was shot before the start of Stage Four, does not carry Pinarello’s X-Light designation, but we expect that Froome will be on an X-Light in later stages. 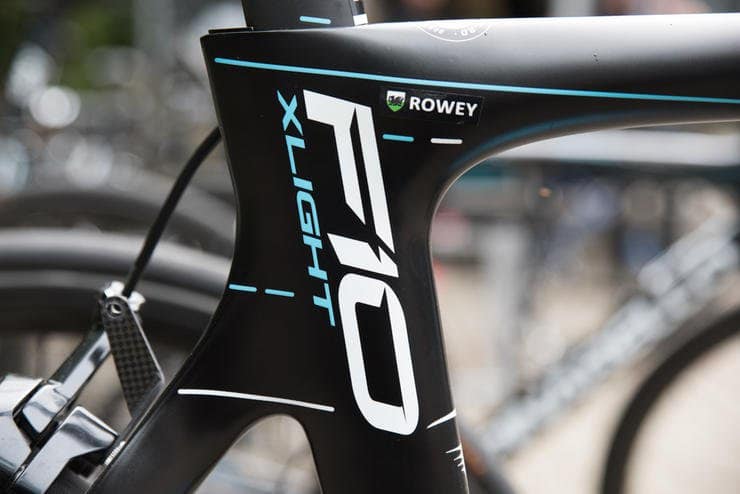 Pinarello’s Dogma X-Light is a special light variant of the standard Dogma. Geometry and frame shape are the same as the F10, but the F10 X-Light is likely made with a different resin, fibre blend, and layup to reduce the frame’s weight. The F8 X-Light, which Team Sky used in the 2017 Tour de France, was 80 grams lighter than the standard F8. It was made available to the public in limited numbers (200 total). 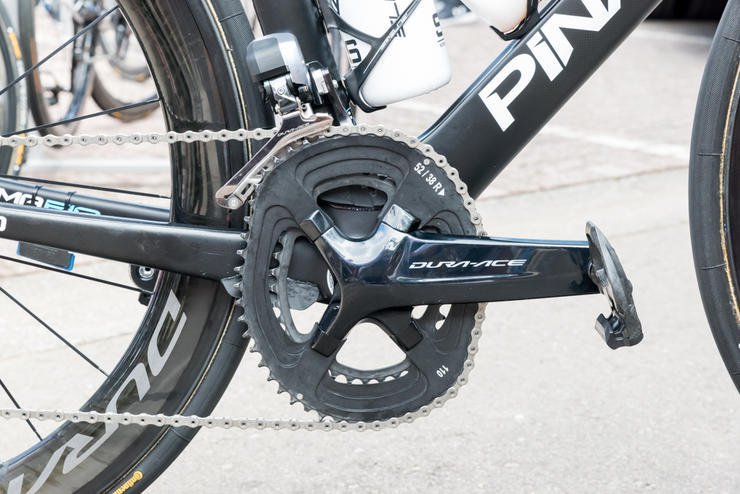 Once again, Froome’s bike is equipped with egg-shaped chainrings. Though the logos have been removed in deference to team sponsor Shimano, Froome uses Osymetric’s latest for the Shimano 9100 crankset. Note what appears to be a sizable chain suck/drop protector underneath the chainstay. 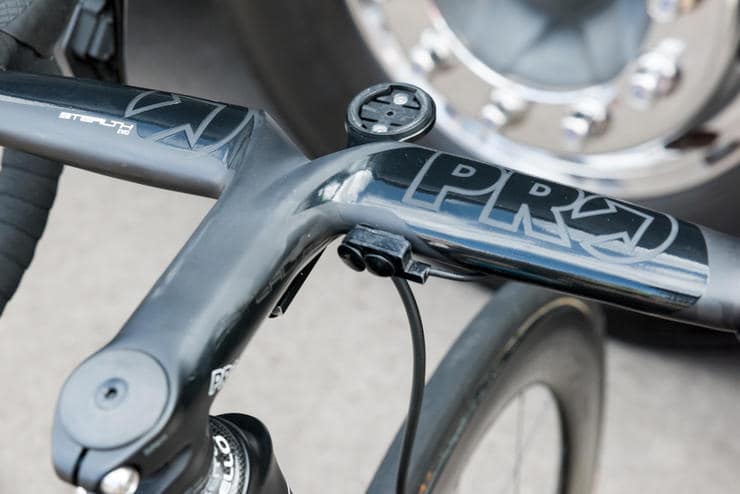 Froome’s bike is equipped with a custom switch which allows him to shift the rear derailleur from the bar tops. Shimano offers a“Climbing Switch” with similar functionality, but Shimano’s version is significantly larger than Froome’s custom unit. 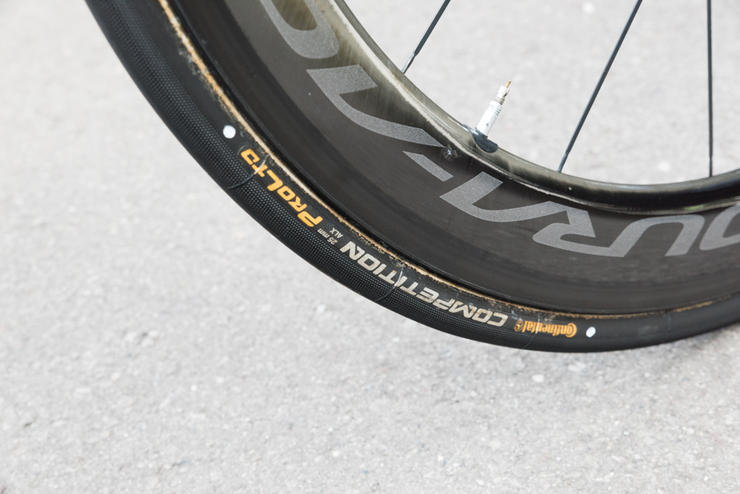 Sky gets Continental’s pro-team-only PROLTD series tyres. These tyres can have different tread pattern, casing, tread compound, and/or tube compared to Conti’s publicly available tyres. Like most of the riders in the ’17 tour, Froome is on 25mm wide tubulars. 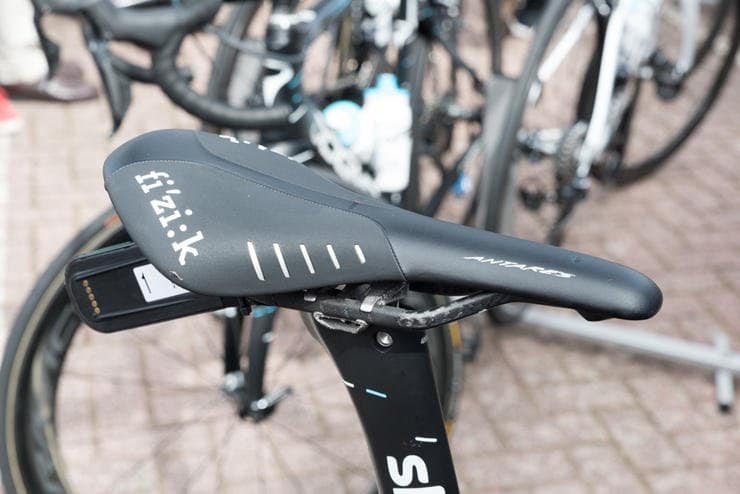 Froome sits on a simple black Fizik Antares saddle with carbon rails. Note the subtle markings on the cover; these are used by mechanics to ensure that every one of Froome’s bikes is set up perfectly and identically. 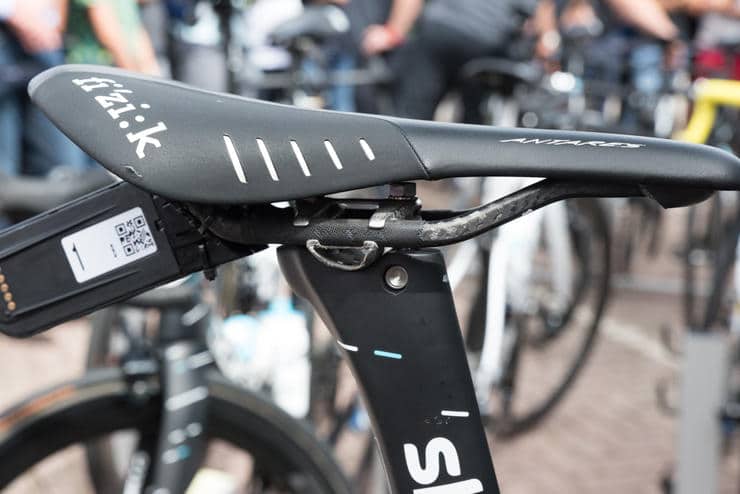 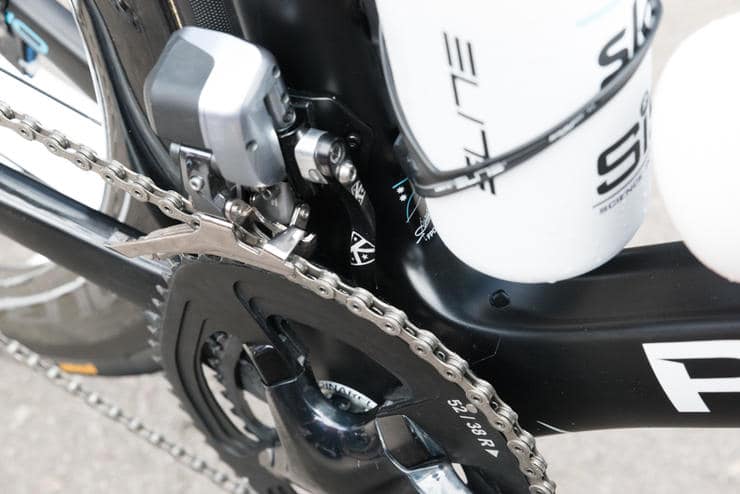 A dropped chain could be the difference between winning and losing the Tour de France. A K-Edge Pro Road chain catcher provides a bit of extra security on Froome’s bike. Whether you believe in the benefits of oval/egg-shaped rings or not, in our experience, non-round rings such as the ones that Froome uses are more likely to induce chain drop than round chainrings. 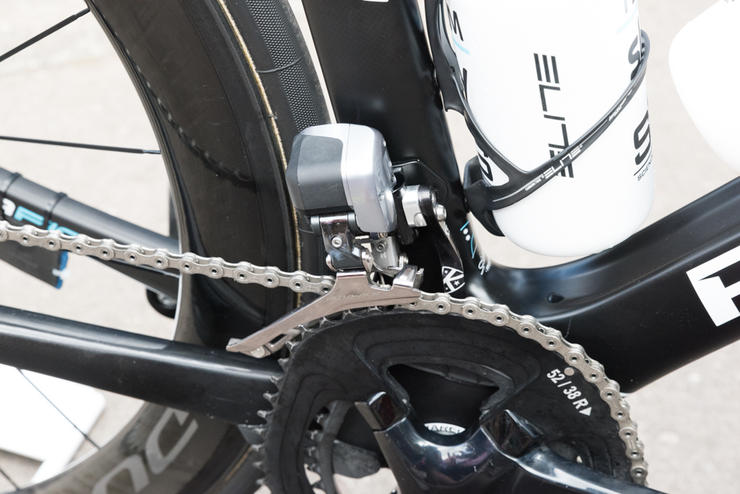 While Froome’s bikes are almost completely equipped with Shimano’s new Dura Ace 9100 group, this bike has an older-generation 9000-series front derailleur. We were not able to ask Sky’s mechanics the reason, but it’s possible that the older derailleur works better with Froome’s Osymetric rings than the 9100 front derailleur. 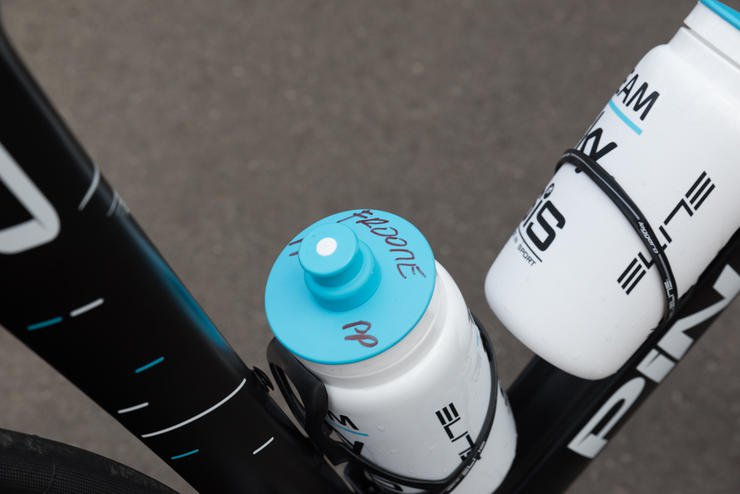 Team Sky is famous for minding every detail, no matter how seemingly small. You can be sure that whatever is in Froome’s bottles is specifically tailored to his nutritional and hydration needs and the demands of the day’s stage. 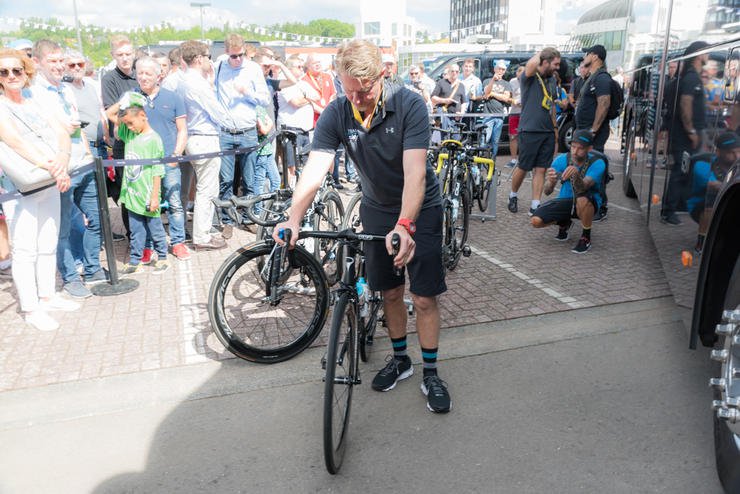