They're the brave, lonely riders we can't help but root for. Here's how and why Tour de France breakaways develop.

They’re the brave, lonely riders we can’t help but root for. Here’s how and why Tour de France breakaways develop. – By Joe Lindsey

Breakaways don’t often succeed, but it’s rare to see a Tour stage without one. The lure of possible stage glory or—for some teams—the mere chance to get their sponsors’ jersey on TV for a bit is simply too much to pass up. Here’s how breakaways take shape. 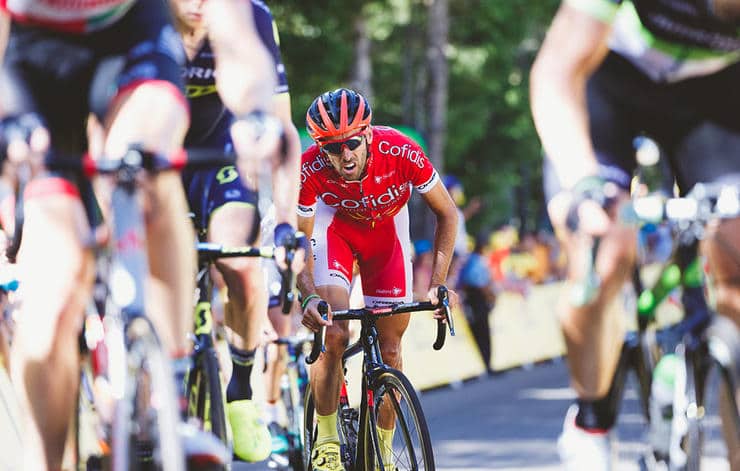 Each road stage starts with what’s called a neutral section or “depart fictif”: a rolling start of up to about 10 kilometres where riders just get the legs moving, figure out what clothing or food they might need from the team car, and generally just get settled. At kilometre zero, the race’s chief commissaire stands up through the moonroof of the race director’s car and waves a white flag that signals the “depart real.” Often, attacks go right from that moment.

It often takes some work to get the break settled. Riders attack, are counter-attacked or joined by other breakaway aspirants, and sometimes other teams decide they don’t like certain riders being off the front, and chase it down. But usually, sometime in the first hour of racing, a group of riders gets off the front: as little as two, or as many as 20. More than that is unusual, and the typical number is 10 or fewer.

With over 20 riders, a break is large enough that it becomes almost a mini-peloton of its own, which makes it difficult for the pack to maintain a controllable time gap. That poses a potential threat in terms of the overall classification, as happened in 2006 when a group of five riders finished almost half an hour ahead of the pack. Lightly regarded Oscar Pereiro, 44th overall entering the stage, was second on the day— but his slim advantage after the break would end up being just enough to hold off Germany’s Andreas Kloden for the overall win (after Floyd Landis, the original winner, was disqualified following a positive doping test). 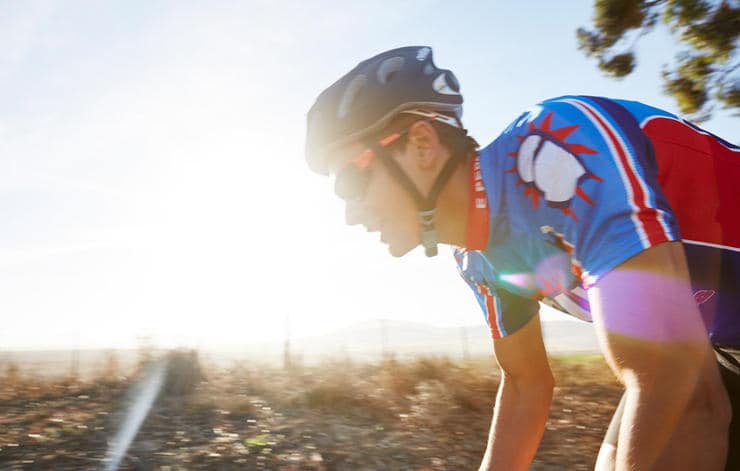 Once the break is established (meaning the pack has decided the move is the right size and composition to let go), the pack sits up and lessens the pace a bit until the break is five to 10 minutes up the road. The pack doesn’t like to let the break get much farther ahead, but also doesn’t want them much closer than five minutes, because that encourages riders in the pack who missed the move to counterattack and attempt to bridge, or cross the gap, to the break. Riders often try anyway; sometimes they make it, most of the time they don’t and spend a lot of energy riding in the wind only to be re-caught, and the colorful French term for this is chasse patate, or potato hunt, which has its origins in the old days of track racing.

The breakaway is also keeping an eye on that time gap. They know if they push it too far out, the pack will wake up and chase hard, likely dooming their ride. And they also know that they need to save some energy for when the chase does begin in earnest. So often, the riders in the break will ease up slightly as well once the move is solidly established. Of course, no small part of a breakaway’s success comes down to how well its members work together. Oddly, big breaks can be easier to catch in some instances because they’re more prone to tactics within the group.In a break of five, it’s a lot harder to skip a pull.

The primary job of maintaining the gap at the 5-10 minute window falls to the team of the race leader. So this team will typically place several of its nine riders on the front of the pack and set a pace that matches or is close to the average speed of the break. Then, other teams with designs on the finish—whether a sprint or an uphill finale like on Stage 3— will often contribute a rider each to the effort. The end result is a motley paceline of sorts, with riders from 5-10 teams all rotating through and keeping an eye on the average stage speed and the gap. This is much easier today with race radios connecting riders to the team director. 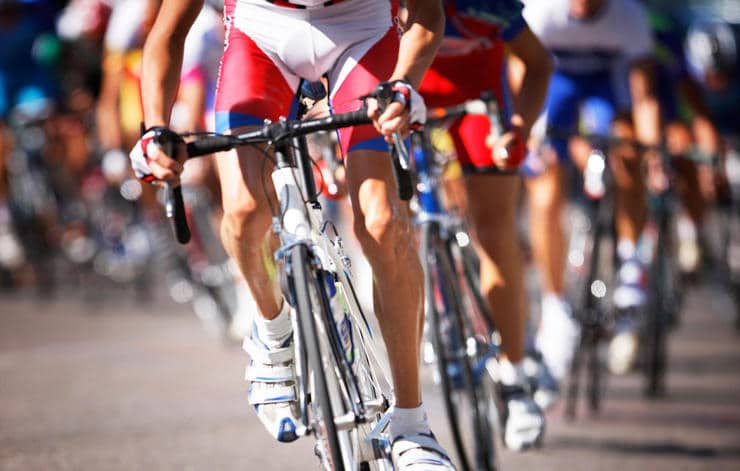 Pulling Back the Break

At some point in the stage, often around the halfway mark depending on length, the pack will begin to pull back the break. There’s an old rule of thumb that says that a chasing pack can pull back one minute per 10 kilometres of flat to rolling road. But it’s mostly apocryphal.

The rate at which the pack can haul back time depends on any number of things: the number of riders in the break, and who they are – multiple-time World Time Trial Champion Tony Martin, for instance, is someone to worry about in a break). It also depends on terrain and very much on wind. In a tailwind, chasing a disciplined break of strong riders, the pack might fight to take back a handful of seconds over 10km. In a headwind, they can easily claw back two minutes or more over the same distance. Generally, figure on 30 seconds over 10km as a rough average, and adjust accordingly due to weather and the break characteristics.

At first, the effort to catch is an imperceptible rise in the pace. If the break is averaging 40km/h, the pack will aim for 41-42. But if the gap doesn’t begin to come down, the pack will heighten the chase. Teams already helping will send more riders to the front. And teams that sat in the pack all day may decide to chase as well.

On a flat to rolling stage, the ideal catch happens about 10-20 kilometres from the line: far enough out for a comfortable sprint setup, for instance, but close enough to discourage another round of attacks because, with just 10km to go, the pace stays very high the rest of the way. 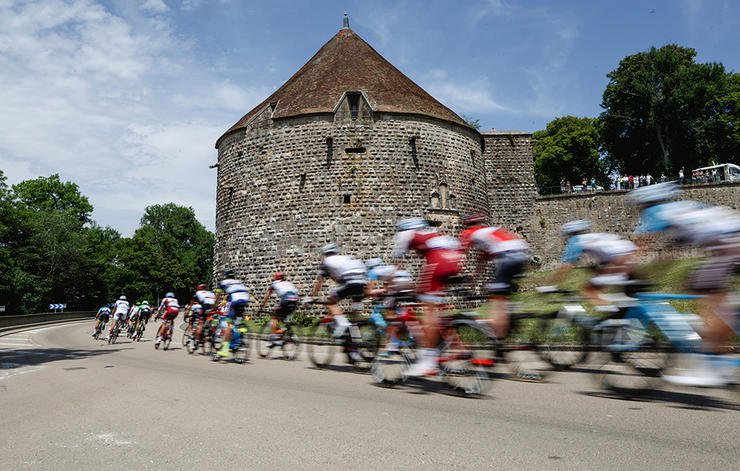 Often, when the catch becomes inevitable, the breakaway begins to disintegrate as riders try solo attempts to get away. Sometimes it works, most of the time it doesn’t, but it almost always spells doom for the break as a whole.

The pack will often not stop chasing until the finish line, unless all hope of a catch is clearly lost. There are dozens of examples of breakaways caught in the last few hundred metres, swallowed up by the sprint. But sometimes, the catch happens earlier than 10km, the pace lags or there is a short final climb, and the pack is vulnerable to a fresh attempt from a fresh rider or group of riders. That’s what happened last year when Peter Sagan jumped off the front with yellow jersey Chris Froome and held off the chasers for the win.

That day, crosswinds played a big role, and weather often factors in breakaway success. Along with wind, rain and technical finishes can change fortunes quickly, often in the break’s favour. In 2014, the Stage 19 breakaway had all but disintegrated for a sure catch when Garmin-Sharp’s Ramunas Navardauskas attacked on the day’s only climb. As rain started to fall on the descent and a tricky finishing stretch with a number of corners, the wet roads disrupted the chase and caused a crash. Although he held just a 30-second advantage with 5 kilometres to go, Navardauskas made full use of the rain’s effect on the chase and held off the pack by just seven seconds.

Whether they end in glory or defeat, breakaways are one of the key animators of the race – maybe THE key animator. They’re the intrigue that livens up flat days that would otherwise be dull marches to the finish; they add spice to mountain stages; and they offer us some of the great storylines of the race – riders who might otherwise be faceless in the pack, but instead come to command the day, whether they win or lose. 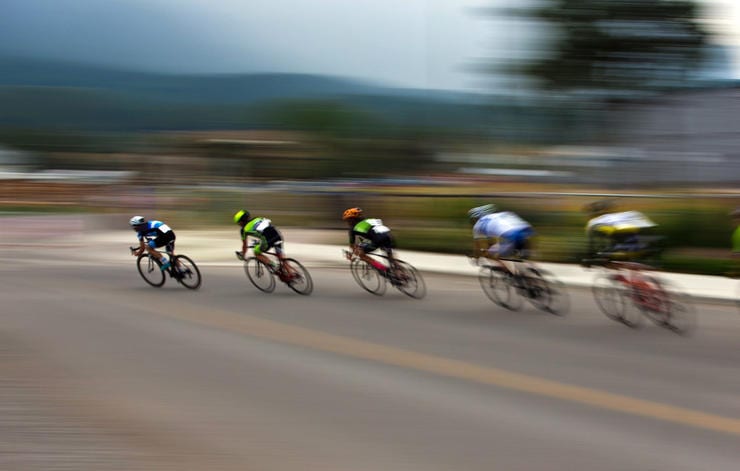