Blitzing Stage 2 At The Berg & Bush

After putting some real effort into preparation, one racer is dead set on breaking his Berg & Bush curse

After putting some real effort into preparation, one racer is dead set on breaking his Berg & Bush curse – By David Moseley 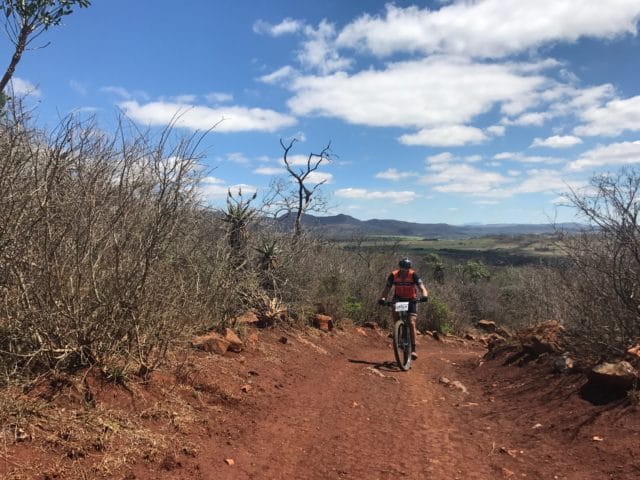 A long time ago someone suggested that training for a mountain bike stage race was an excellent way to better enjoy the plethora of cycling events around the country. After around 10 years of riding in the middle of the back at races (okay actually the back of the back), I finally decided that this advice was a fine idea.

The Grindrod Bank Berg & Bush appeared on the horizon as the perfect target to aim for: it’s three days long (pretty standard), features a terrific 99km day one and two short, sharp days on pristine single track through Central Drakensberg bushveld. In other words, it’s a cracker. I also did it last year and was exceptionally incompetent over the three days of racing, so I had a score to settle.

Is there a doctor in the house?

Ready to help was Dr Mike Posthumus, South Africa’s number one plus-sized mountain biker and renowned trainer of elite cyclists. His recently opened Endurance Studio at the Sports Science Institute of South Africa boasts an arsenal of Wattbikes along with his personal attention as you prepare for your chosen event.

The likes of the Blitzboks – the sevens rugby world champions – train at the Endurance Studio, as do a number of elite South African cyclists. Also present is a group of teenage school-going mountain bikers who are always amazed at the lakes of sweat under my bike after a Wattbike class.

Dr Mike, as he’s popularly known among local MTB illuminati, devised an eight week periodised programme for me (more on that in future installments) the aim of which was for me to blow my 2016 Berg & Bush times out the water.

Unfortunately, day one of the Berg & Bush Great Trek dawned, wet, sleety, stormy and with a healthy blanket of pure white snow covering the Central Berg. The stage was declared neutral and riders were given the option of riding a reworked route or spending their day exploring the surrounding areas. My riding partner – Jan Braai – and I decided that the snowy scenery would be better enjoyed at the local pub. 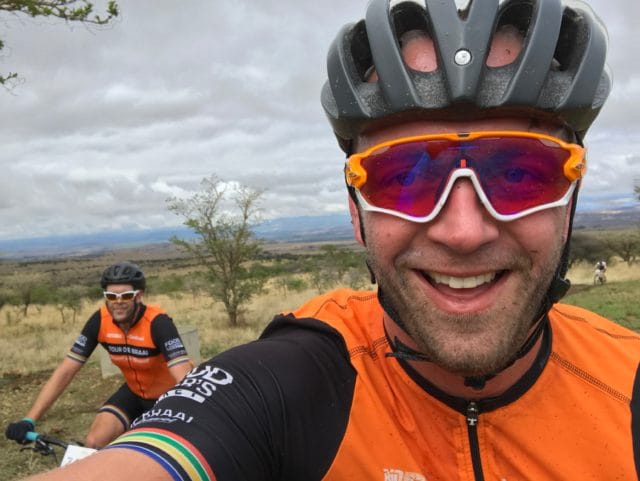 However, day two dawned clear, dry and still. The racing was on. The night prior, Jan sank three bottles of water before bedtime and wolfed down a pasta salad at 11pm. I lay in bed questioning that first bottle of pinot noir at 11am that morning; but at day two’s breakfast we decided, we attack at the start and go till you blow.

In hindsight, this was probably not the best tactic. But we raced out of the gates – two minutes late at the A batch start after a lavatory miscommunication – and roared up the first climb, the innocuously named Ox Wagon Trail. 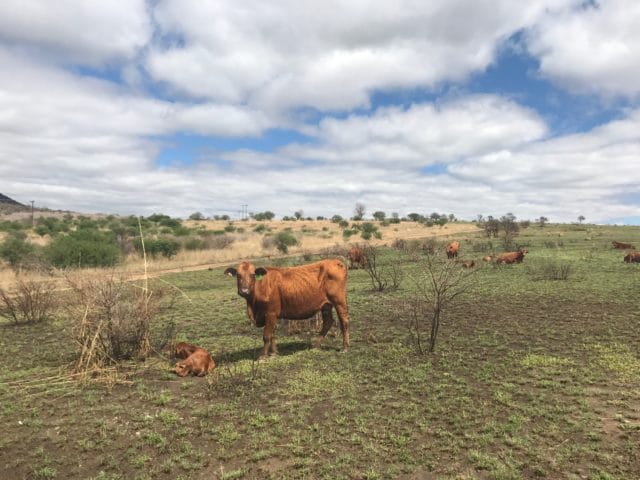 Riding alongside us, two plonkers on cyclocross bikes (it’s okay, they’re friends of mine) asked if we could keep up the exuberant pace. We replied in unison, “no, we’re just warming up.”

Deep down, I was hurting. Usually safely ensconced right at the bike, the novelty of the A batch start and riding at the front of the field was taking its toll.

Trail this one for size

Luckily the trails of the Berg & Bush (there are three events; the Descent, the Great Trek and the 2 Day) are sublime. Rain during the week meant that some singletrack sections had to be eliminated, but overall the day was a peach for pedalling. Aloes, acacia trees, thorn bushes and grazing cows line the route.

The trails are a mix of single track, cattle path, district road and riverside riding that, quite frankly, can’t be beaten. This is the stage race that all mountain bikers must do. At one stage you pop out of the veld and find yourself staring at the Kilkenny-coloured Tugela River; for me, the defining moment of day two. It’s a beautiful race all round, but the small moments of significant beauty like this magnify the overall experience. 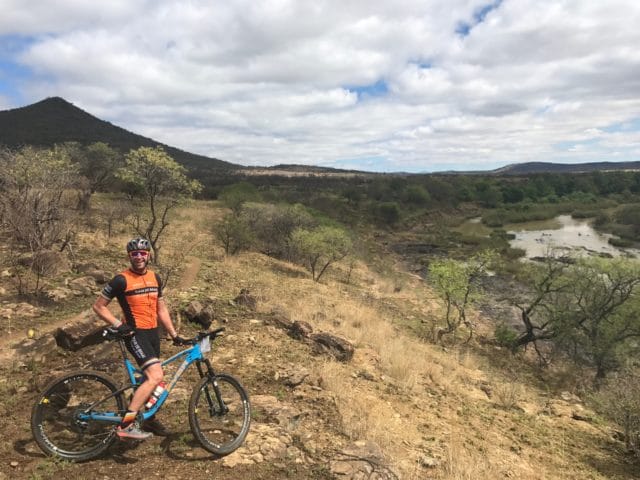 The trails flowed freely from start to finish with Jan leading the charge. I was holding on, lacking any form of climbing legs, but feeling comfortable and strong on the flatter terrain.

Ultimately, after a superb stage of mountain biking we skipped home in a respectable 43rd place, 250 positions better than my 2016 place. On relaying the news to Dr Mike, I was met with a stern, “why weren’t you top 10.” But I think he was happy. Maybe. It’s tough to tell with these science types.

That was thrilling a day, but the real highlight was getting to the race village in time to wash bikes, have a beer, shower and dress, get another beer and wait for our cyclocross friends to ask whether they would like to ride with us at the front on day three.