Following an outcry from pro riders and pundits all over the world the race organisers have have made the following statement:

Following an outcry from pro riders and pundits all over the world the race organisers have have made the following statement: 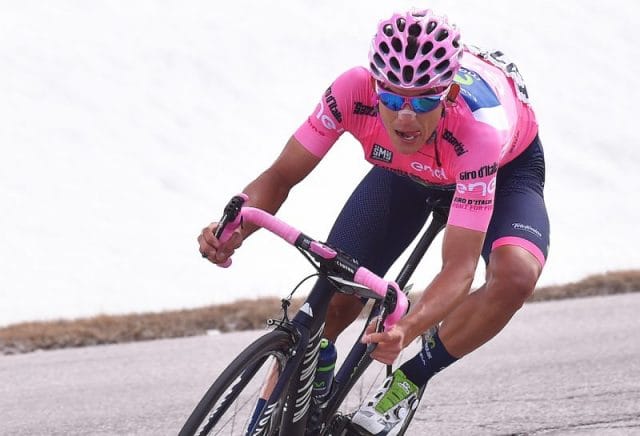 “The spirit of the initiative was to highlight an important skill which is an integral part of a cycle race without putting the riders’ safety in jeopardy. Rider safety is, and remains, the priority of the Giro and the race organisers.

Comments have been made suggesting that this initiative could be potentially misunderstood and generate behaviours not in line with the safety principle. The race organisers have taken these comments on board and change an initiative that could be misinterpreted.

Therefore the race organisers have decided to eliminate all such classification and prize money as per the race regulations, leaving the timekeeping of the descents purely as statistical data for the fans.”(Original story below) 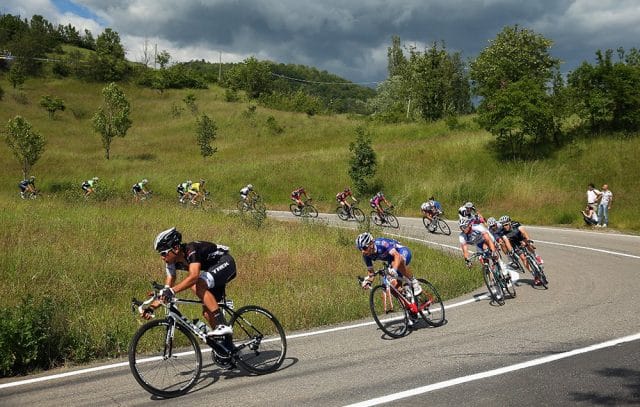 On Monday, the Giro d’Italia announced a new secondary competition in the race, and it’s already a topic of fierce debate.

The Best Downhill Rider classification is basically straight out of Strava. On 10 stages, there will be one timed descent segment where the five fastest riders will earn points (the fastest rider per segment gets 500 Euro as well). The rider with the highest cumulative point total at the finish in Milan wins the overall best descender award and a grand prize of 5,000 Euro (second and third places get 3,000 and 2,000 Euro, respectively).

The news prompted a swift reaction, including from riders themselves. Cannondale-Drapac’s Alex Howes mused on Twitter that maybe the organizers should just cut to the chase and pay riders to crash. Trek-Segafredo’s Jasper Stuyven was unsparing in his criticism.

.@giroditalia seriously?! If this true you should be ashamed.. aren’t there already enough crashes? Clearly you only care about sensation.. https://t.co/uWnIyhSil7

It’s a controversial decision made by the race organizers, RCS Sport. First, the timing comes just days after the news of the death of Chad Young, an up-and-coming talent who died of injuries sustained in a crash while descending in the final stage of the Tour of the Gila. And the Giro itself has recent tragic history; in 2011, Wouter Weylandt lost control on a fast descent, crashed catastrophically into a wall and died. Most of the descending segments come midway through each stage. But some, like Stage 11’s Monte Fumaiolo segment or the Stage 15 Selvino descent, are the final descents in the race, with the summit of each less than 30km from the finish line. That raises the question of how the descending dynamic will fit in with the hunt for the overall classification. As well, some of the descents, like the Stelvio and Passo Pordoi, are highly technical; the Stelvio descent is the famous “hairpin” side that hugs the side of a steep valley wall as it descents to the east from the Swiss-Italian border.

There’s an undeniable downside risk: If a rider crashes on one of the segments, it will immediately be asked whether he did so because he was trying for a segment win.

You can make the argument that the competition won’t truly entice riders to take risks. The GC hopefuls, after all, will not care. Stage hunters will descend quickly for the stage win; a synthetic descending competition is at best a consolation prize. And already, riders who are dropped from the main peloton take risks on the descent to re-catch the group, sometimes to boost their chances of surviving the day’s time cut, or to just be able to work for the team leader. In 2011, Weylandt was in just such a situation: off the back of the main group and trying to catch back on to help his team.But there’s an undeniable downside risk: If a rider crashes on one of the segments, it will immediately be asked whether he did so because he was trying for a segment win.So then, what’s the upside to the competition? Honestly, I can’t think of one.The Giro’s results sheet is already littered with so many sub-competitions that you can barely keep track of them. Last year, the race had the following classifications (in addition to the standard overall, young rider, points, climber, and team competitions): intermediate sprint, combativity, breakaway, “super team” and “fair play.” What does one more add?

More to the point: The competition completely misses the essence of timed downhill racing. Every downhill race format in sports—whether in skiing, bobsled/luge, bike racing or elsewhere—relies on live tracking. We see, in real time, how far ahead or behind a racer is as he or she navigates the course.

Unless the Giro is somehow going to provide live, on-screen data for 198 riders, then there will be no way to tell who’s the fastest descender when the race is on, which will strip the competition of any drama that it might possess in real life. It’s reduced to a quick on-screen graphic long after the descent has ended, or worse, an antiseptic spreadsheet of time gaps far down the already over-crowded results list.

Bike racing is about descending as much as it is climbing (sorry, Andy Schleck). And we laud great descents and great descenders: Sean Kelly’s hairball ride down the Poggio to catch Moreno Argentin and win the 1992 Milan-San Remo is a legendary moment in the sport. Paolo Savoldelli, nicknamed Il Falco for his descending prowess, helped save his 2005 Giro d’Italia win with a virtuoso descent of the Colle delle Finestre on the race’s final day in the mountains.

But would they be any greater for a timestamp? Maybe it’s the liability, maybe it’s that organizers never felt it would work within a stage-race format, but to date, road racing has never managed to sustainably incorporate a best-descender element. In fact, the only outfit I know of that has tried the format at all is Red Bull; its experiences might be instructive.

The energy drink company, known for its showy, made-for-TV events like Flugtag and Red Bull Rampage, made news in 2005 for a downhill road bike race called the Road Rage. The first edition, held in Malibu’s steep, narrow, and tricky La Tuna Canyon, was won by former pro mountain bike downhiller Myles Rockwell, wearing body armor and a full-face helmet. Held off-and-on over the years, in 2009 it briefly attempted to expand to multiple rounds, and one year even raced down Mont Ventoux.

But even for Red Bull, success was fleeting. It’s doubtful it was uncomfortable with risk; just look at the Rampage. Maybe it couldn’t attract enough racers. Or maybe, it just never found an audience. The event was last held in 2013.

But for road racers, the risk is undeniable. They’ll be forced to contend with two lingering questions: Is the new competition worth the controversy? Is that worth the possibility that a rider on a hard-luck team might crash and get hurt while taking risks to get his outfit a little bit of press?

If the organisers hold their ground on including the competition, I hope we don’t find out answers the hard way.