You won't find the 2021 Tour de France winner's name in this preview - we will take a gander at the GC guys a little later.

It is almost time to decide the 2021 Tour de France… last year’s pandemic-delayed Tour de France produced an unforgettable finish, but maybe its biggest achievement was finishing at all given the uncertainty of COVID-19. That shouldn’t be an issue in 2021, but there are still plenty of questions about the race.

Namely: who’s gonna win? The insoluble maths of sport means that of 184 starters, 183 won’t be on the top step of the podium. But in stage racing, there isn’t just one winner, no one way to define success. Teams come to the Tour with all kinds of objectives, from winning stages or minor jersey competitions to just putting on a good show for the sponsors in the one race that gets major international media coverage.

That variety makes for some interesting subplots. But it also makes racing confusing as hell for casual fans. That’s what we’re here to fix with our annual, pull-no-punches team guide. As always, we’ve divided this into four sections, from favourites to also-rans.

Who’s that guy and why’s he off the front? Which teams will count a stage win as a smashing success and which will say just one stage is a failure? And of course: of 184 starters, who actually IS going to win the Tour?

Today, we’re previewing the wild cards and stage hunters—the teams who are there to ride, but likely won’t see any GC podium action. And check back every day this week for the rest of the teams.

The bottom tier of the 2021 Tour teams is a motley gang, composed of wildcard invitees and scrappy WorldTour teams that exist on a budget a quarter of the size of the favourites. None of them are gonna win the Tour. They’re likely not even going to sniff the podium. They have other objectives, but for all of them, winning even a single stage would be a dream come true. 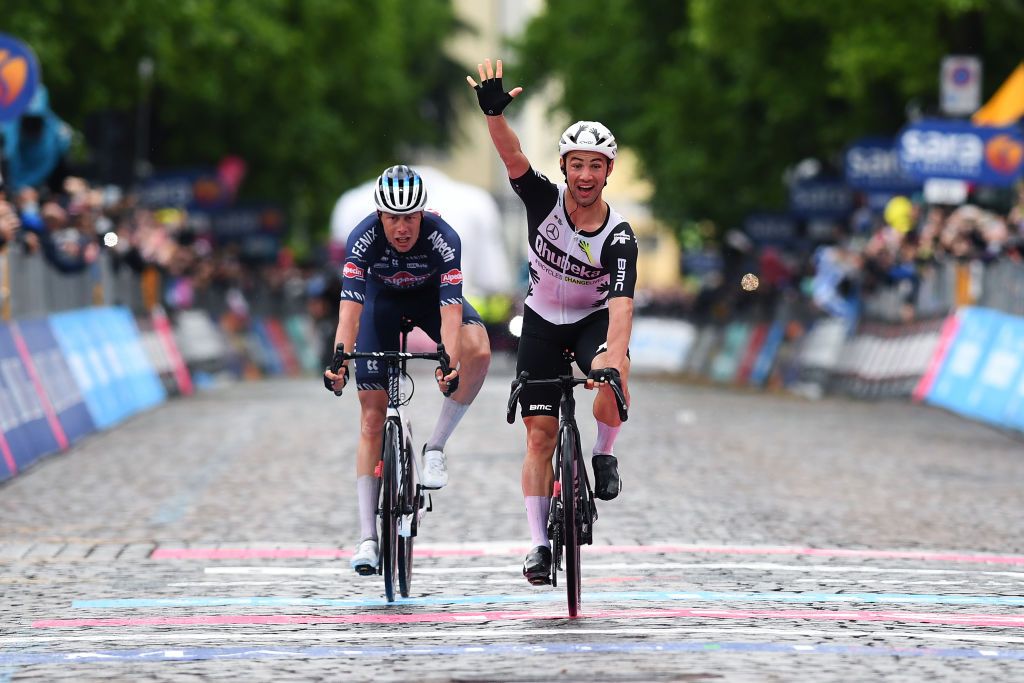 What To Watch For: As one of the lower-budget teams in the WorldTour—they were in danger of folding last year until Assos stepped in as a co-title sponsor—Qhubeka-Assos has to pick its spots carefully; it doesn’t have the firepower to be aggressive every stage. But it brings a diverse squad of breakaway threats. Campenaerts is a solid time triallist, but he tends to use those skills more adeptly in long-range breaks, where he won a stage at the recent Giro. Then there are intriguing prospects like Gogl and American Sean Bennett, thin on results but often in the mix. Of note: Nic Dlamini becomes the first Black South African to start the Tour; that’s a major achievement for a team with a mission of developing African riders.

Why They Won’t Win: Qhubeka outperformed massively at the Giro, with three stage wins. But its best rider—sprinter Giacomo Nizzolo—isn’t on its Tour roster. His replacement, Max Walscheid, simply isn’t at Nizzolo’s level. Climbers like Sergio Henao were once feared but he hasn’t won a WorldTour race in four years. Breakaways in general are a roll of the dice, but the chances of Qhubeka getting as lucky at the Tour as they did the Giro are slim; the Tour is simply a different level from any race. 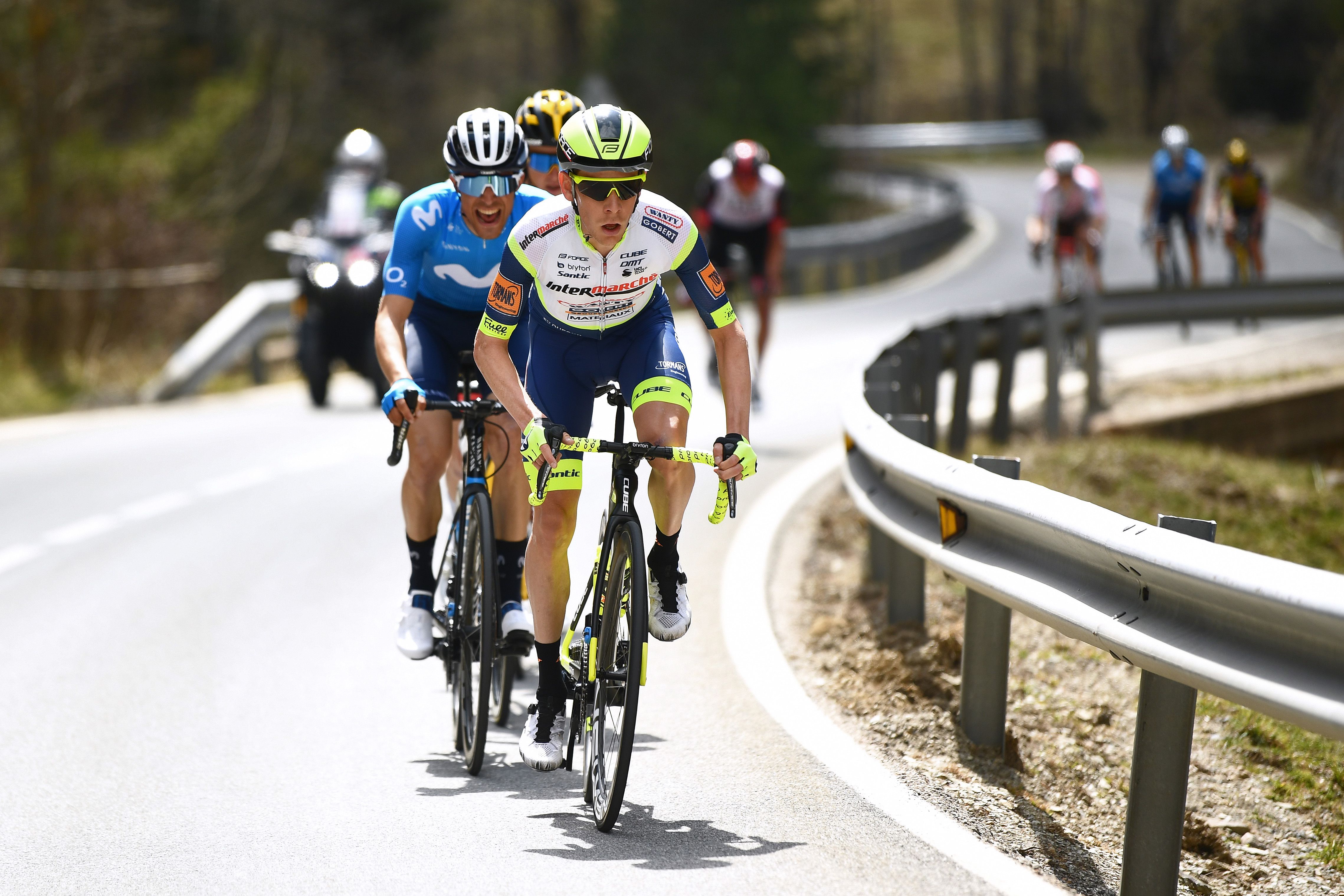 What To Watch For: Breakaway every day. Intermarché nominally competes on the same level as fellow WorldTour teams Jumbo and Ineos, but there’s a world of difference in budget and roster quality. These guys are going to have to be aggressive to have a shot at a stage in the 2021 Tour. I do wish Taco van der Hoorn was taking the start, and not just because he’s taken their lone win this season in a stage of the Giro d’Italia. I mostly just want to say “Taco van der Hoorn.”

Why They Won’t Win: Intermarché is a perfect example of the fact that a WorldTour license is just a piece of paper. In the current UCI teams rankings, they’re 22nd, below every other WorldTour team and two second-division Pro Continental teams. They swapped former GC guy Guillaume Martin for Louis Meintjes, who, despite being only a year older, is … not an upgrade. Sprinter Danny Van Poppel is the kind of guy who gets close a lot of times, but can’t quite close the deal, and that’s in races with less-deep fields. Honestly, the guy you’re going to see the most is breakaway specialist Loïc Vliegen, who was out on the attack pretty much all spring in the Classics. It’s the team’s first year on the WorldTour, but they’ve been around since 2009. That’s what you call a slow build, and don’t expect it to accelerate this July. 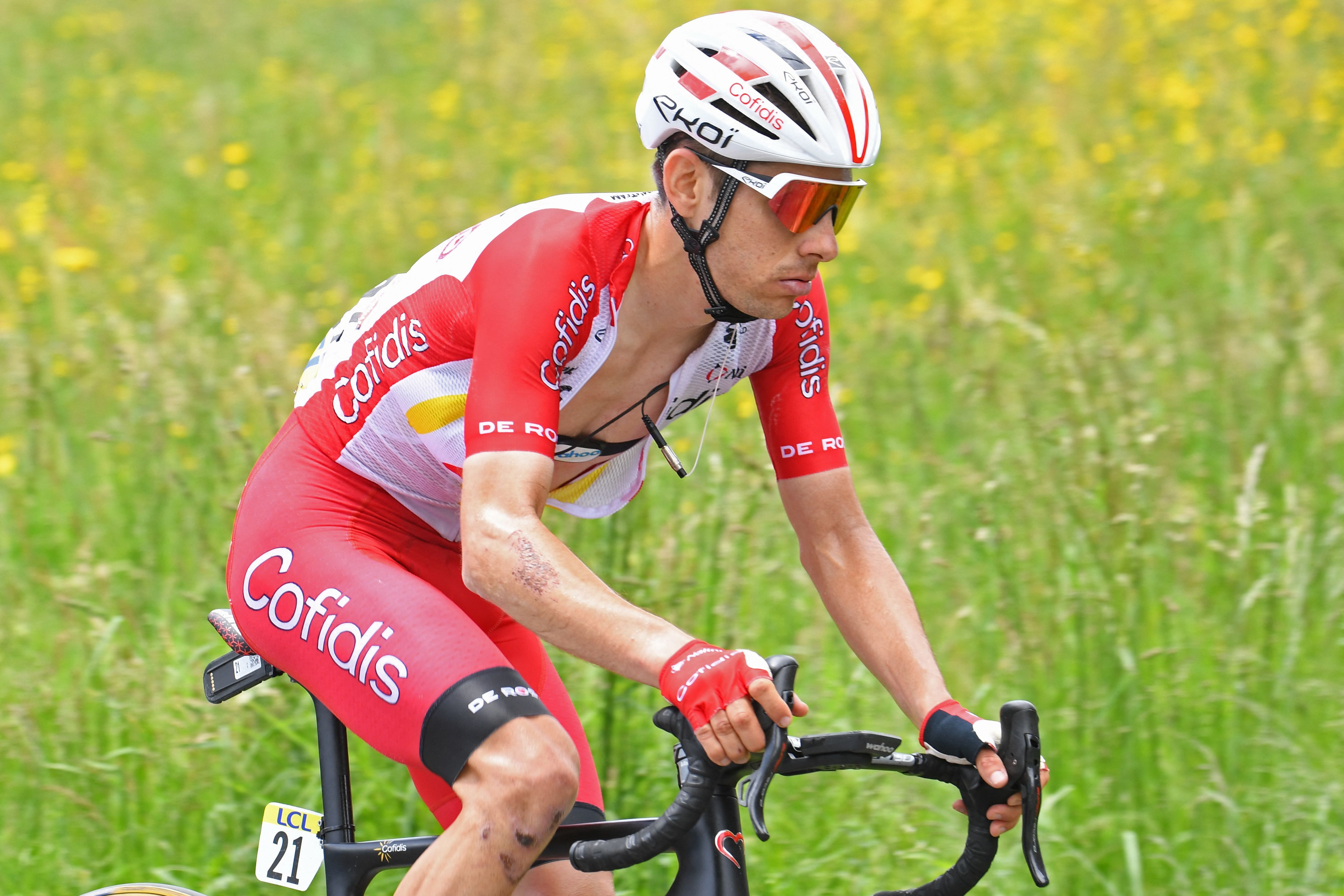 What To Watch For: An attempt to finally break through. Cofidis has Martin, who’s a kind of durably dependable option for a top-10 GC finish but will need a big jump to rise past that ceiling. Elia Viviani, their coveted 2020 signing, has been a disappointment, unable to replicate nearly the success he had at Deceuninck, and isn’t racing the 2021 Tour because he’s focused on Olympic track events this year. In his place is Christophe Laporte, a serviceable enough sprinter who will appreciate not having to share the team’s slight leadout resources.

Why They Won’t Win: Martin has never shown he has the goods to fight for a podium across three weeks. Laporte has won 19 races, but none of them at the WorldTour level. Cofidis has had good sprinters, like Viviani and formerly Nacer Bouhanni; it just has terrible luck delivering them to the finish first. Like a lot of teams, they’re poking around the margins of the Grand Tours, hoping for things to break their way on a mountain stage or reduced-bunch sprint. But here’s the thing: historically, they just haven’t. Cofidis hasn’t won a Tour stage since 2008, the longest dry spell of any active team. Chances that ends this year? That’s a long bet, friend. 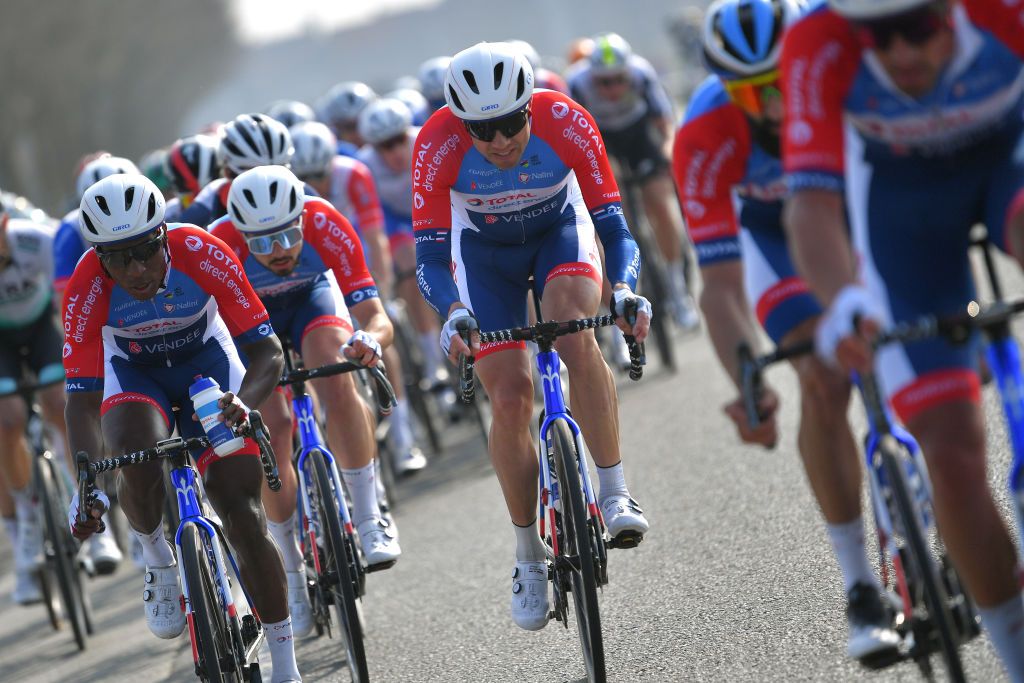 What To Watch For: It’s no surprise that three of the four 2021 Tour wildcards are French, including this team. In fact, the only non-French wildcard, Alpecin-Fenix, is here by virtue of an automatic invite for being the top Pro Continental team in 2020, so they’re not really a wildcard. Anyway, Total Energies: a scrappy bunch of strivers who are going to scrap and strive with the scrappiest of the strivers. Scrappily. You’ll see them out front on breakaways, mixing it up in a few sprints with Boassen Hagen, and hovering at the back of the favourites group on climbs (Latour).

Why They Won’t Win: I hate to sound like a broken record, but bike racing is a sport stratified by budget, and Total Energies, despite being sponsored by a multinational petroleum giant, just doesn’t have a lot of gas. They have good riders, like Boassen Hagen, and underrated ones, like Classics-style rider Anthony Turgis, who should really just sign with Deceuninck already. But as currently constructed, Total Energies is going to get a lot of close-but-not-quites at the Tour. 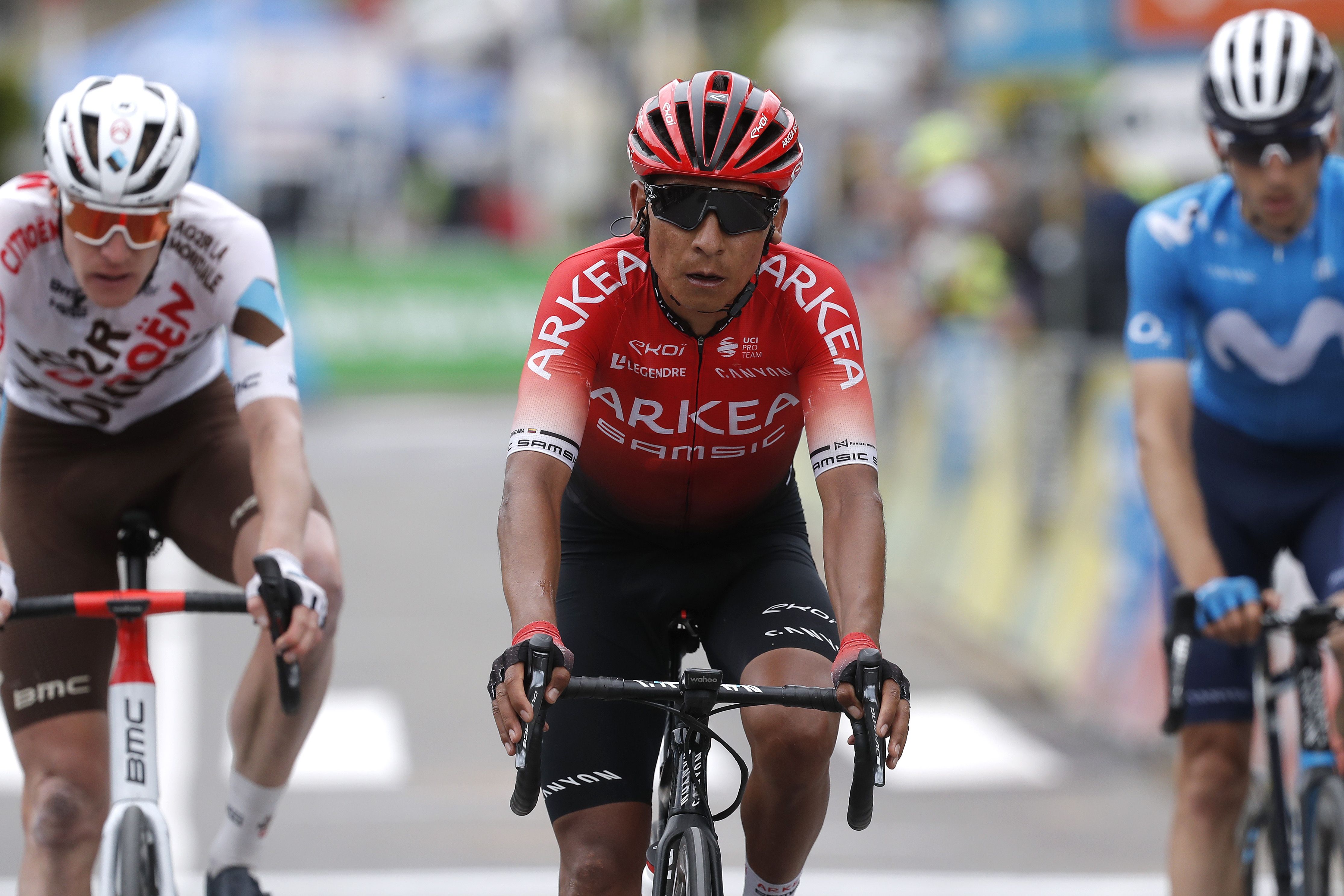 What To Watch For: Of all the teams in this section, Arkea-Samsic has the most plausible argument for a shot at the 2021 Tour podium. That starts with Quintana, who’s won both a Giro d’Italia and a Vuelta España. The dude knows how to ride a three-week race. But the more intriguing talent might be Gesbert, who is just 25 years old and riding well in stage races this year. He’s also from Saint-Brieuc, in Brittany where this year’s Tour starts, which means he’s motivated to excel for his home fans and familiar with the tiny-ass roads of Brittany that are almost assuredly going to knock at least one contender out of the race with a crash.

Why They Won’t Win: I hate to say it, but Gesbert aside, Arkea is kind of like the Old Cyclists Home, where former stars go to live out their final years. Let’s take a look at the roster, shall we? Nacer Bouhanni, sprinting’s former enfant terrible, who’s now just a terrible old dude—all the drama and immaturity without the results. Then there’s Warren Barguil, who—outside of a 2019 national road title—hasn’t won anything since that magical 2017 season where he took two Tour stages and finished 10th overall. And of course Quintana himself. Can you believe Nairo Quintana—little Nairo! The three-time Tour podium finisher and former best Young Rider!—is 31? But he is, and he’s not finished better than eighth in a Tour since 2016. Much as I’d love to see Quintana complete the Grand Tour trilogy, I have to channel Billy Crystal in The Princess Bride here on his chances: “It’d take a miracle.” 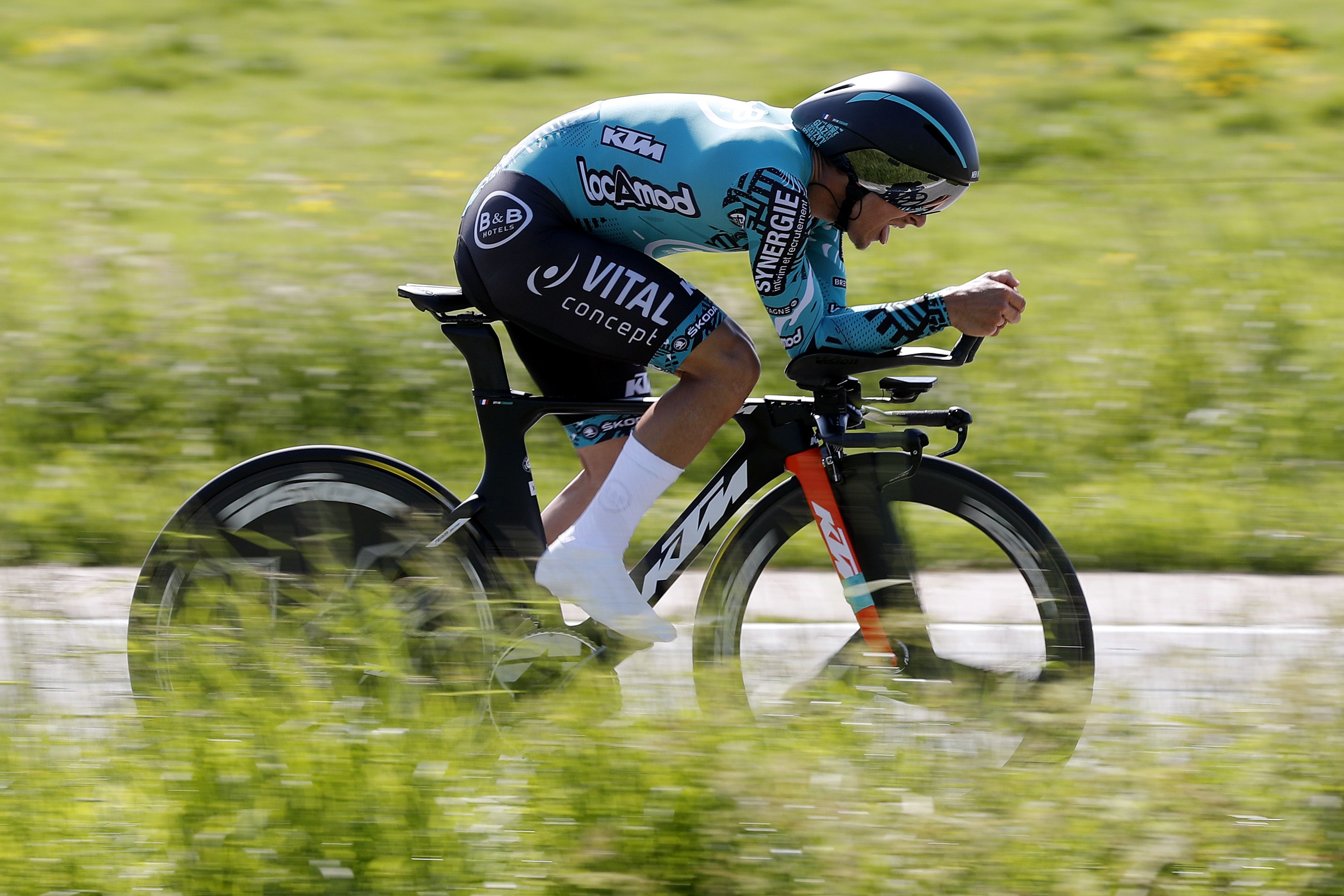 What To Watch For: Why are these guys in the 2021 Tour? Sigh. French team, wild card. “Look kids! Big Ben! Parliament!” As a comparatively low-budget Pro Continental team, B&B Hotels focuses mostly on races that matter to the French market, with a few journeys further afield (like the Tour du Rwanda). They’re mostly experienced vets, and grizzled campaigners like 34-year-old Pierre Rolland, a two-time Tour stage winner and twice a top-10 overall finisher, are certainly capable off ripping off another strong result. Bryan Coquard is a quietly talented sprinter with 45 career wins. What’s French for underdog, anyway?

Why They Won’t Win: Coquard has those 45 victories, but not one is in a WorldTour race. Chances that changes this Tour? Eh, don’t bet the house. Rolland is a top-10 GC guy … seven years ago. He’s won just one race—a stage of this year’s Tour du Rwanda—in the past four seasons. Past that, there’s zero roster depth. In fact, B&B Hotels’ most meaningful contribution to the race last year was the presence of Kevin Reza, one of the few Black riders at the sport’s top level. Reza has been outspoken about the fact that pro cycling has largely ignored racial equity. Alas, Reza didn’t make this year’s team and has announced he’s retiring at the end of the season.