It’s almost time for the annual Bold Bicycling Tour de France Prediction Game to start: the 2020 edition (finally) begins this Saturday in Nice, which means it’s time for us to predict the future with another instalment of our battle-tested, tried and true “bold” predictions.

So let’s take a look into Bicycling’s crystal ball and see what happens. (All predictions guaranteed to be proven false or your money back!)

Crashes and COVID-19 cause lots of attrition.

Between crashes and COVID, we expect one of the smallest pelotons in the modern era to be racing its way around Paris on the Tour’s final day.

First, the crashes: if the recent Critérium du Dauphiné is any indication, there will be lots of riders hitting the deck. Given the long lay-off since the season first started, everyone is in-form and raring to go—especially riders without contracts for next season (and facing a much narrower window within which they can earn them). This means more riders wanting to be at the front and willing to take a few extra risks to stay there.

And then there’s the ever-present spectre of COVID, which is making a comeback throughout Europe—and the professional peloton. Riders are already starting to test positive, forcing their teams to quarantine riders and staff—or pull out of races entirely. The Tour’s organisers recently announced a “two strikes and you’re out” policy for teams inside the Tour bubble, and given the way things are going, we expect more than a few to be forced to withdraw from the race before it’s finished. 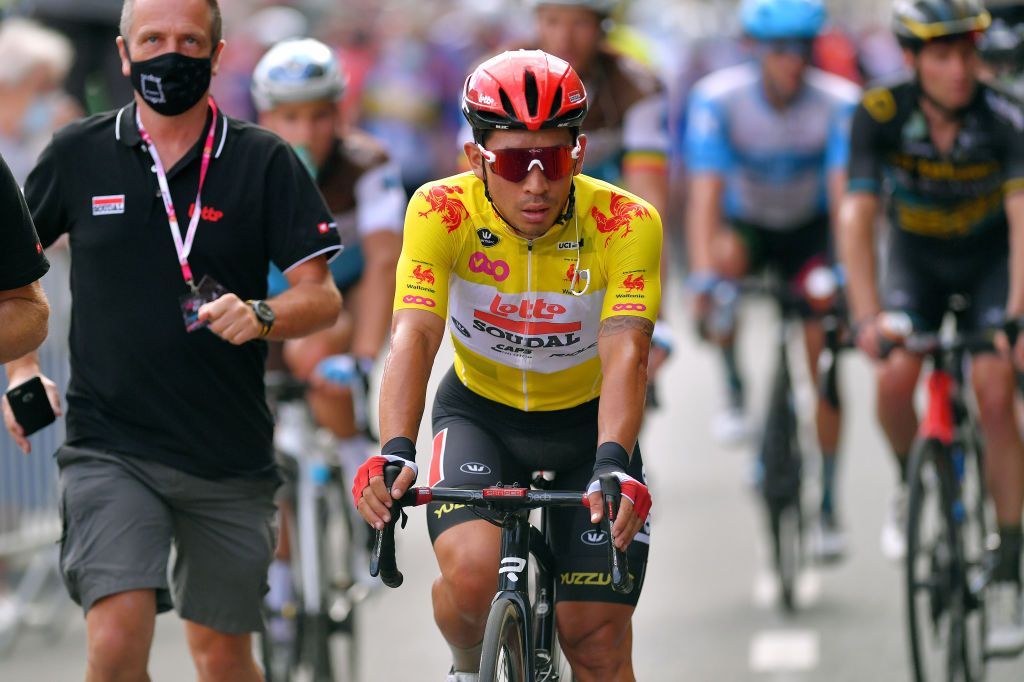 Last year, BORA-Hansgrohe’s Peter Sagan set a new record by winning his seventh green jersey as the winner of the Tour’s Points Classification. But despite all his success, we’re starting to wonder if Sagan is getting a bit bored. After all, he’s been at the top of the sport for almost a decade and he’s won just about everything there is to win for a rider with his skillset. (Last October he even hinted at opting for an early retirement.) So while he’s expressed a desire to add another green jersey to his collection, we wonder if his head is fully in the game. His results also indicate a slight tailing-off: Sagan has failed to play a major role in the races he’s entered so far this season (pre- and post-hiatus).

So we’re being bold by wondering if this year someone younger and more motivated takes the green jersey. Contenders include Lotto-Soudal’s Caleb Ewan (shown above), who won three stages in his first tour last year, and Sam Bennett (Sagan’s former teammate who left BORA for Quick-Step—and the freedom to race for himself). Sagan’s only green jersey “defeat” came after he was controversially disqualified from the race in 2017, but this year we think it will happen on the road, or as the French say “à la pédale.” 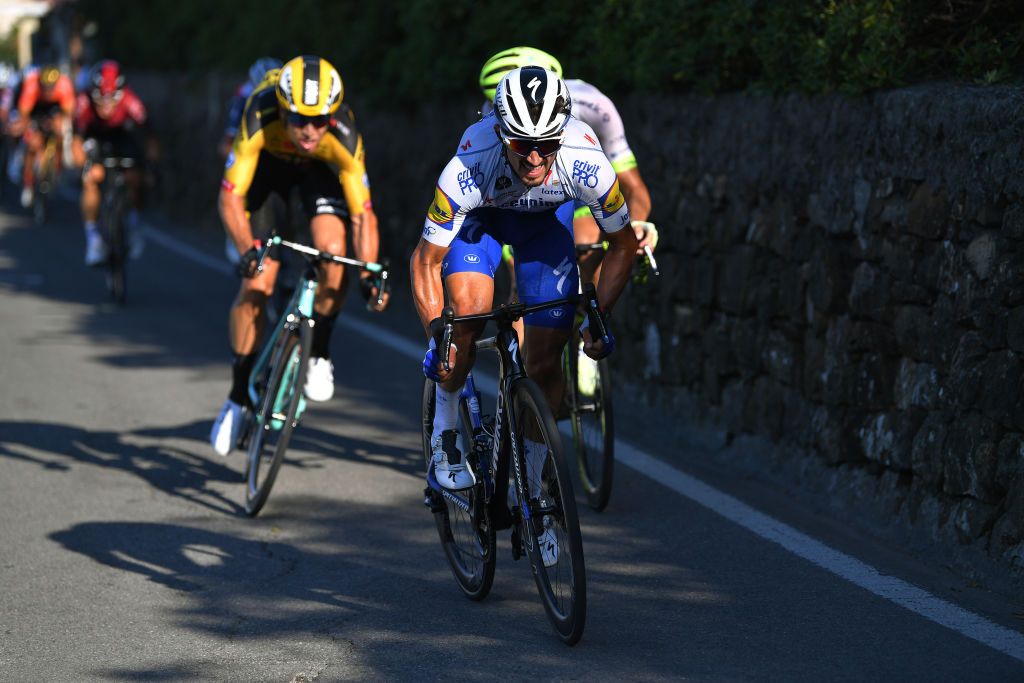 Julian Alaphilippe was the story of last year’s Tour, winning two stages and wearing the yellow jersey for much longer than anyone expected (14 days). He ended-up finishing fifth overall, a result which would cause a lot of riders to throw away other goals for the sake of an even better result the next year. Was it all fortune favours the bold in 2019? We don’t think so – he’s too smart to make such a choice—especially in a condensed season like this one. We still expect to see the swashbuckling Frenchman gunning for stage wins, but without worrying about his spot on the Tour’s General Classification. Could he go for the polka dot jersey as the Tour’s King of the Mountains? Sure. Or maybe the green jersey as the winner of the Tour’s Points Classification? You bet.

But with lots of important races still to come after the Tour concludes (like the World Championships only one week later), we expect Alaphilippe to pick his spots carefully in an attempt to make sure that he ends the Tour stronger than he was when it began. 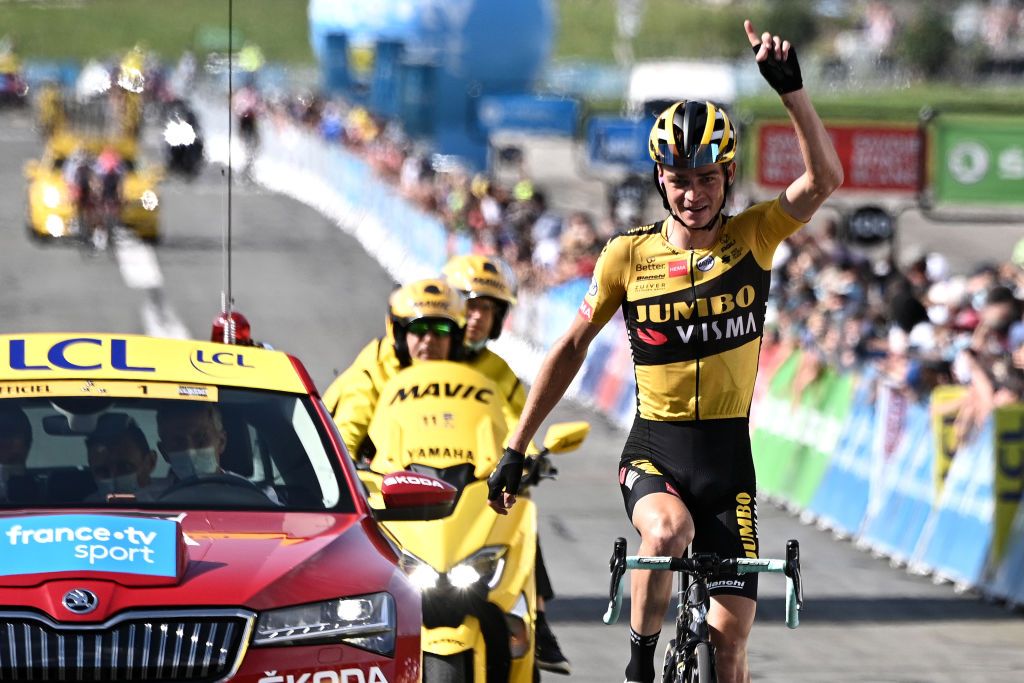 Sepp Kuss, a 25-year-old from Durango, Colorado, has been steadily working his way up to the top of the sport. His big breakthrough came in last year’s Tour of Spain, where he won a mountain stage in impressive fashion after being given the greenlight to take a day off from riding for his teammate, Primož Roglič, to ride for himself. Kuss took advantage of the opportunity, confirming the promise he has been showing since his days as a young domestic professional. He took things a bold step further at the Dauphiné two weeks ago, winning the final stage (another summit finish) after his captains, Roglič and Steven Kruijswijk, had been forced to abandon the race because of crashes

Now he gets a chance to ride his first Tour de France, where he’ll be trusted to shepherd team leaders Roglič and Tom Dumoulin through the high mountains. If everything goes as planned, Kuss could earn himself a chance to lead the team at more and better races. It’s been a while since we’ve had a bona fide homegrown contender to root for; this year’s Tour might deliver one. 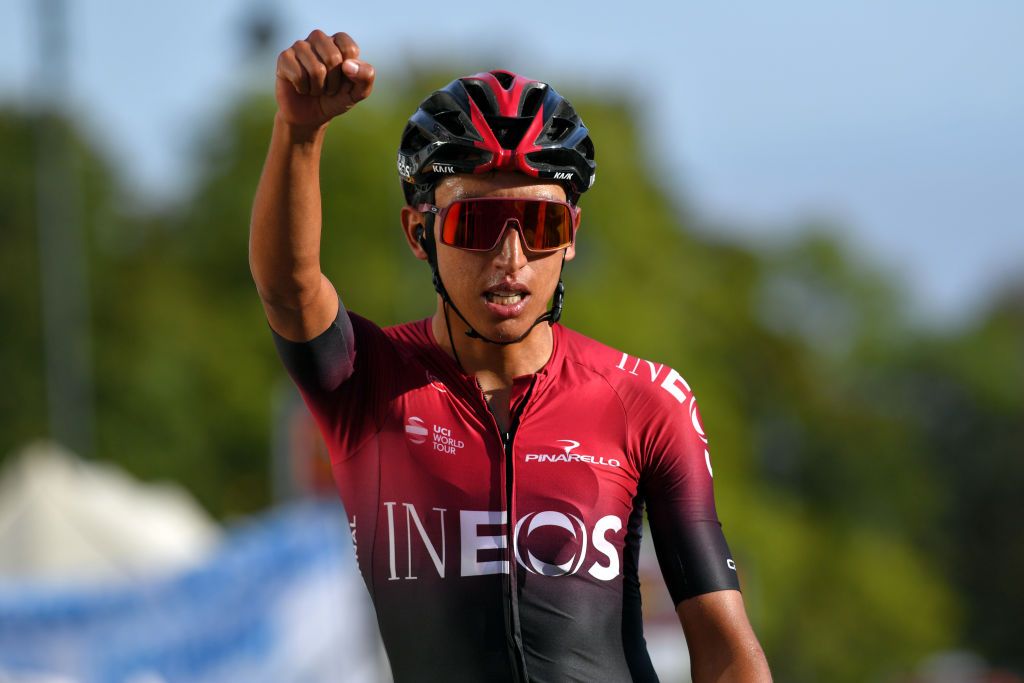 Bold in the extreme: Sorry, INEOS, the streak is over.

Assuming his back has healed after his withdrawal from the recent Critérium du Dauphiné, we expect Egan Bernal—the defending champion—to again be the best rider in this year’s Tour. But he won’t win it. You see, INEOS sent waves throughout the sport when the team announced its Tour de France roster last week: former champions Chris Froome and Geraint Thomas were out, leaving Bernal as the team’s sole leader. For many riders in Bernal’s position, this would be good news, but at INEOS it’s a departure from the model they’ve relied upon to win seven of the last eight Tours de France. The team has always come to the Tour with at least two riders able to win the race, giving the team two bold cards to play and—when combined with the team’s incredible support riders—a significant numerical advantage.

But that won’t happen this year with Froome and Thomas, who, while nowhere near their best, could very well have ridden themselves into shape by the end of the race, giving Bernal two valuable allies during the Tour’s difficult final week. The team also lost Wout Poels during the offseason. Poels was famous for his third week heroics. Often one of the first riders dropped from the INEOS train during the Tour’s first two weeks, he was its stud domestique during the third. So while INEOS still boasts one of the best teams in the race, we expect its power to wane late in high mountain stages, perhaps leaving Bernal isolated in a way no INEOS captain has ever been before. And the balance of power seems to have shifted, with Jumbo-Visma bringing at least two, maybe three, riders capable of giving INEOS a taste of its own medicine. When it’s all said and done, for the first time since 2014, INEOS will not win the Tour. We did warn ya: bold! 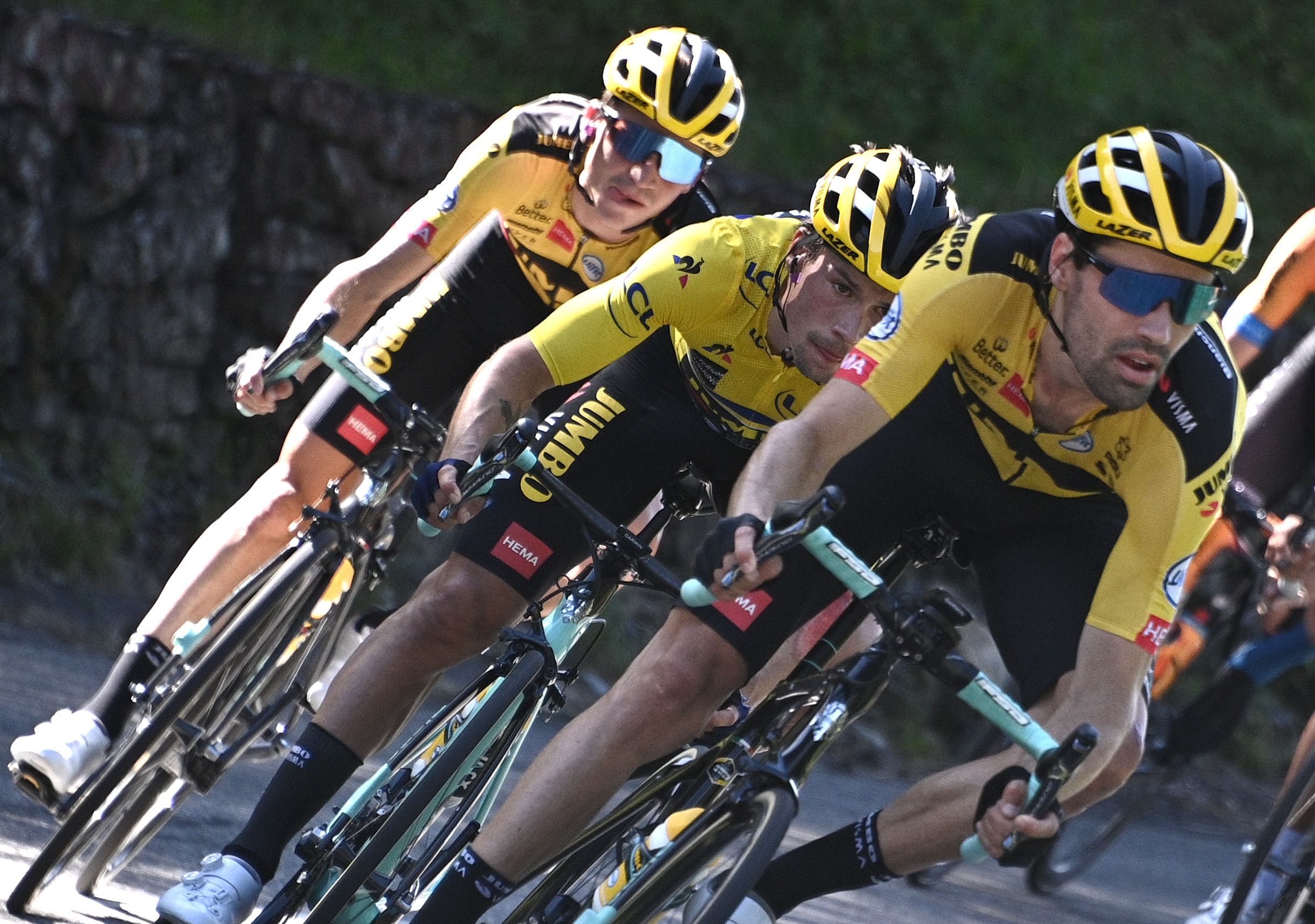 The Dutch will reign.

So if not INEOS, then who? Our money’s on Jumbo-Visma to deliver on the promise it’s been showing in recent years. And they’ll do it by beating INEOS at their own game: by building a roster that’s so overwhelmingly talented, no other rider stands a chance. The final piece to the puzzle came this past offseason, when the team added 2017 Tour of Italy champion and 2018 Tour runner-up Tom Dumoulin to a roster that already included the bold and brave third-place finisher in last year’s Tour, Steven Kruijswijk, and the winner of last year’s Vuelta a Espana (and a former Tour fourth-place finisher) Primož Roglič. And while Kruijswijk will miss the Tour because of a dislocated shoulder he sustained in a crash at the Dauphiné—and Roglič crashed out of the same race while wearing the yellow leader’s jersey—we still think the Dutch squad team has the strength, experience, and depth necessary to win the Tour.

Kuss will play a major role in the absence of Kruiswijk—he’ll be expected to be the last-man standing beside Dumoulin and Roglič in the mountains—while super-strong rouleurs like Tony Martin and Wout Van Aert (who might win a stage or two of his own), will control the race on flatter stages. After paying close attention to the way INEOS built its dynasty, Jumbo-Visma has been patiently building one of its own—and this will be the year it all comes together, with Dumoulin winning the Netherlands its first Tour de France since Joop Zoetemelk won it in 1980. He’ll be joined on the podium by Bernal in second, and Bahrain-McLaren’s Mikel Landa in third.