Stage 12 – In Which The Breakaway Finally Avoids Capture

After a crazy sprint (yes, you, Peter) Stage 12 looks set fair for a grand raid and a successful breakaway. 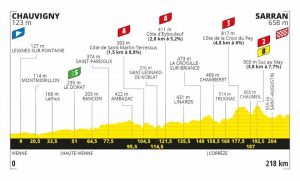 After the Peter Sagan Stage 11 drama, the fight for green will take a minor back seat as this long grinder of a stage takes the Tour back toward the Massif Central, and the profile pretty much screams breakaway. We’d expect a large, motivated group of escapees: at least 10. If so, that’ll make for a long day for Jumbo-Visma defending Primoz Roglič’s yellow jersey, as they won’t be able to expect much help from any teams represented in the break, or the sprinters teams.

READ MORE How The Breakaway Wins (Other Than By Hard Work!)

The race starts with around 100km of flatter terrain, and the intermediate sprint comes at 51km in, so even if the break hasn’t already gone clear, there’s no motivation for the sprinters teams to keep things together after that since it’s not a sprint stage. Weather shouldn’t be a factor, with partly sunny skies and light winds. 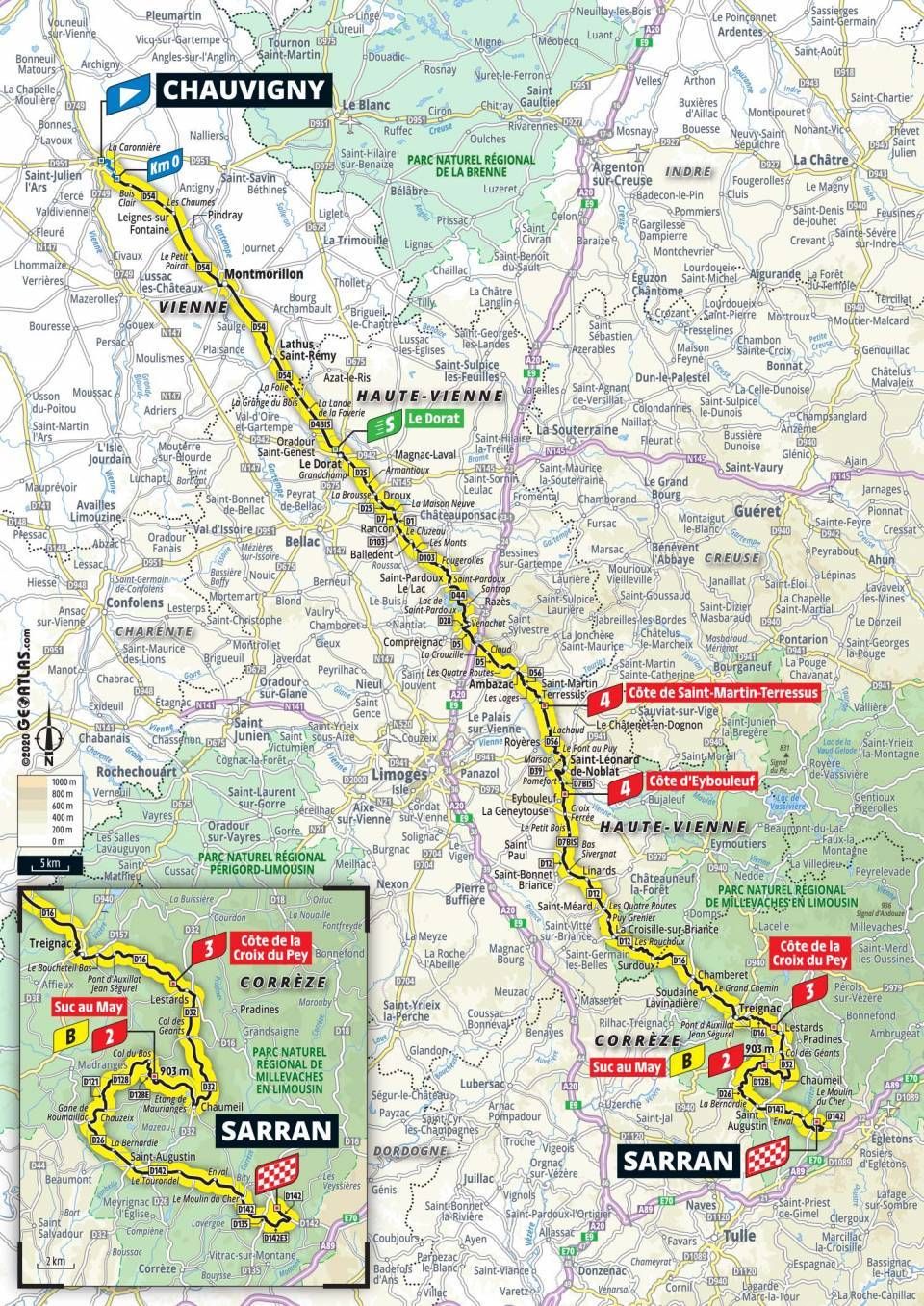 The climbing starts right around 100km, with four ascents that get progressively longer as the stage goes on. Heaviest is the Suc au May, a Category 2 ascent with a summit 25km out from the finish. The road is narrow, and the 7.7-percent average gradient doesn’t tell the whole story: most of the climbing is packed into 2.5km of the 3.8km total length. Gradients over the shorter section average over 10 percent and reach as much as 16 in spots. It’s an ideal place for a rider to launch a solo move out of the breakaway or lift the pace and drop heavier riders. The last 5km is tricky, too, as it climbs in a series of stair-step ramps interspersed with short flat sections.

So; the breakaway stays, but for whom?

The route in general, and the finish especially, is ideal for riders who specialize in the hilly one-day classics like Liege-Bastogne-Liege or the Giro di Lombardia. Likely protagonists include Julian Alaphilippe and possibly Bob Jungels (the latter of whom had a brief foray on stage 11), BORA-Hansgrohe’s Maximilian Schachmann, Israel Start-Up Nation’s Ben Hermans, and NTT’s Michael Valgren. And of course, we’d be remiss not to point out that everything about Stage 12 is perfect for long breakaway specialist Thomas de Gendt (Lotto-Soudal). He did some work on Stage 11 for Caleb Ewan’s victory, but it would be surprising if de Gendt didn’t at least try to make the inevitable escape on Stage 12.