Stage 8 – Will the Port de Balès Climb be a decider? Or the Descent?

Stage 8 is upon us, and the fabled Port de Balès promises some healthy action, climbing and descending. Will Wout still be there for the finish?

There are no summit finishes in the Pyrenees in this year’s Tour, but Saturday’s opening salvo in the big mountains, in particular the Port de Balès, is a serious stage that could affect the fight for the yellow jersey. 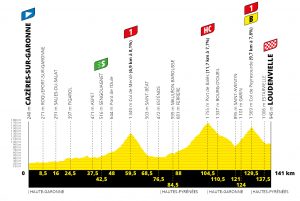 The primary difficulties are mostly in the back half of the stage. After an initial ascent of the Col de Menté, the race then tackles the Hors Categorie Port de Balès (11.7km at 7.7 percent average), and then the Col de Peyresourde, which gets a Category 1 ranking with 9.7km of climbing at 7.8 percent average.

The northern approach to the Balès was paved only in 2006, and it’s steep and ramp-y, including a 2km-long section in the middle at 10 percent average (with some spots to 14 percent) before backing off slightly to the summit. It’s also narrow; there’s not much room for a group to maneuver. But the real story with the Balès is the trip down the other side, which is exposed to weather, high-speed, and narrow; Graeme Fife’s guidebook Great Road Climbs of the Pyrenees calls it “…a truly hairy descent.” And if there’s fog, visibility is limited (current forecast is partly cloudy, with little chance of precipitation).

The Balès is far enough from the finish that it may serve mainly to soften up riders’ legs rather than spring attacks. Expect Jumbo-Visma and perhaps INEOS Grenadiers to set a high pace on the climb to discourage attacks, as well as keep the likely early breakaway at a reasonable gap. But aggressive riders may push the pace on the descent in the hopes of putting pressure on less-confident bike handlers. There’s zero flat ground in the valley between the Balès and the final climb for dropped riders to close any gaps that opened on the descent. 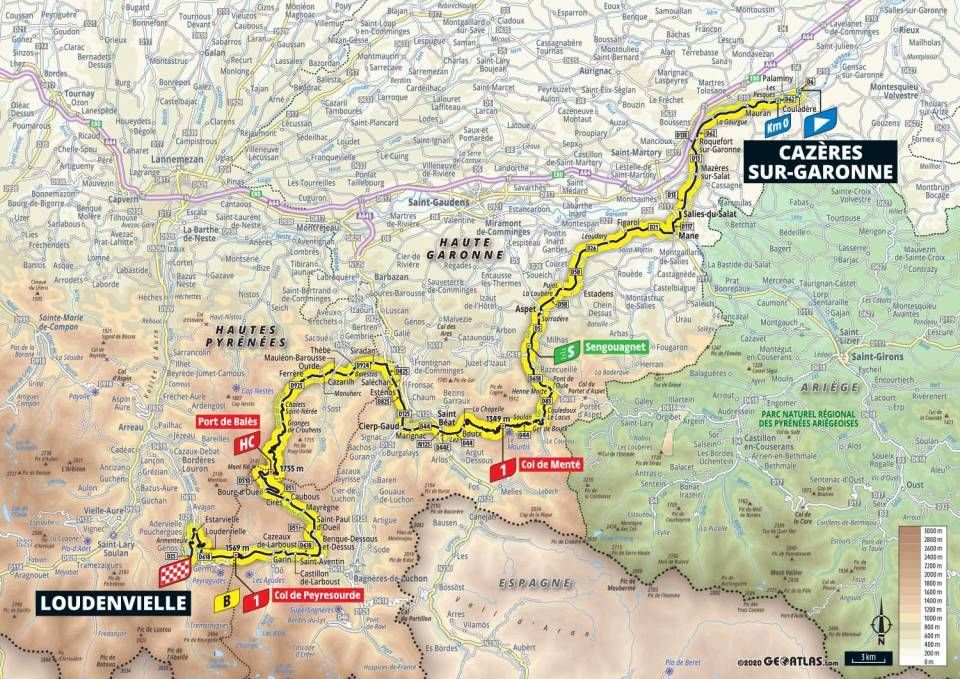 As for the Peyresourde, again, Jumbo and INEOS will likely do their team-time-trial thing to keep riders from jumping off the front. It’s a good climb for a high, steady pace, as it doesn’t vary much in steepness. Most likely, if there’s an attack, it will come high on the climb as riders try to get a gap they can hold on the descent, where the superteams’ firepower is less effective.

The final descent isn’t as tricky as the Balès; it’s steep to start but straight; most of the switchbacks are lower down on the mountain. But farther down it’s a bit more technical until the course bottoms out with 3km to go for the final sprint to the finish. Expect anything from a single, bold escapee to a small group of favorites to contest the stage.

But who will win?

An early breakaway is almost a certainty, although after Stage 7’s difficulties it’s hard to say who might have the legs. If that group is large and motivated, they may get enough of a gap for at least a couple of survivors to make it to the finish ahead of the favorites group.

Among contenders, Tadej Pogačar (UAE-Emirates) may want to try to steal back some of the time he lost today; Bahrain-McLaren’s Mikel Landa and the Trek-Segafredo duo of Bauke Mollema and Richie Porte might be similarly inclined. Movistar’s Alejandro Valverde is always a threat on a day like this. We can’t bet against the Yellow Peril that Jumbo-Vlisma has become in this ~Tour, though, so Primoz Roglic is our man for the day. Hold on… no! Wout Van Aert will still be there, right, keeping his leader safe? That’s it, then.