How lifting heavy weights with your legs can improve your endurance.

How lifting heavy weights with your legs can improve your endurance. By Mark Carrol 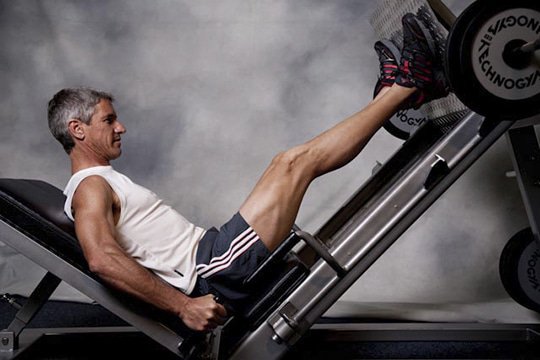 Straight away, this won’t sound right to most riders; but lifting weights – and heavy weights, at that – can improve your endurance cycling performance. Most cyclists intuitively avoid heavy-weight training – how could it possibly complement training for a three-hour race or stage race? An elementary understanding of the principle of training specificity says endurance doesn’t fit with the notion of lifting weights. Fortunately, thanks to an ever-growing body of published literature and the resulting understanding of physiology, there’s more than just a place for this form of training – done correctly, it’s almost guaranteed to step up your cycling speed and endurance.

Research has been going on for 30 years; but the interesting shift has been more recently, as studies have shown that low reps with heavy weights – e.g. four sets of four repetitions to failure, three times per week – significantly improved cycling economy and time to exhaustion. Effectively, the cyclists studied took much longer to fatigue. And despite the heavy weights, they didn’t gain weight. Separate studies, also based on low-repetition, heavy strength training, have been performed on runners and triathletes – with the same results.

How Does It Work?

When a high level of force is required from strength-conditioned leg muscle, the time for both contraction and relaxation of muscle is reduced. And speed of relaxation, in particular, is key to allowing improved blood flow, and therefore oxygen delivery to the muscle. Thanks to the latest equipment, blood flow, oxygen delivery and utilisation can now be measured, which hints at the next major shift in how we train: if we can measure the load of the working muscle in real time, it’s possible to assess performance limiters such as strength, as well as fine-tuning on-the-bike training itself to maximise performance gains.

With any exercise programme, there’s a risk of injury; and with heavy strength training, the risk increases significantly. Always consult a qualified strength coach to ensure your technique is perfect. Start with lighter weights and just a single set of each exercise, or you’re likely to end up with severe muscle trauma, and won’t be able to train for at least a week.   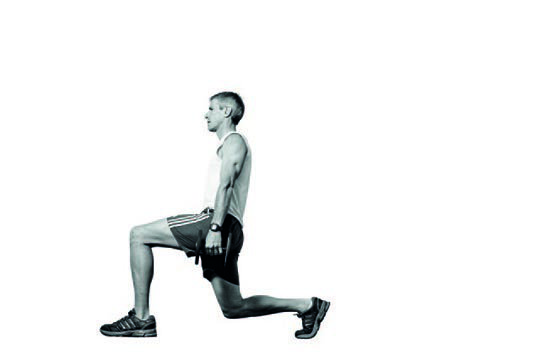 Half Squats with weights 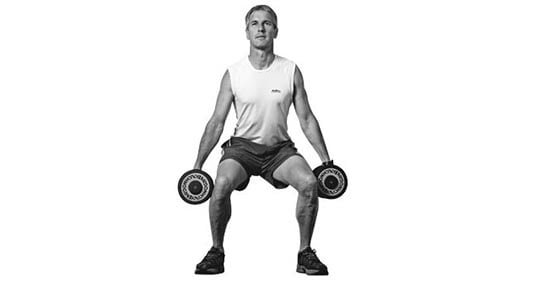 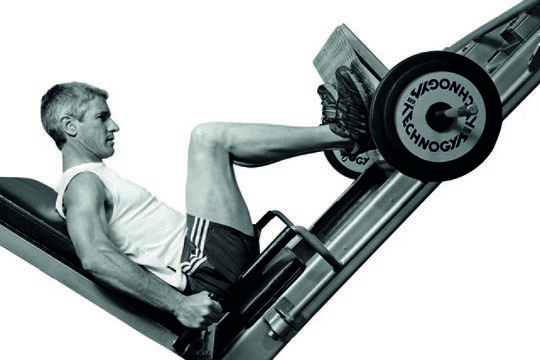 For each exercise, three sets of five to eight repetitions, three times per week. Surprisingly, that will do it. Commit to a period of at least eight weeks to your strength programme if you want to even begin to see results. Twelve weeks would be better.

Mark Carroll is the owner of Cadence Cycling Performance Centre (cadencecycling.co.za) and is a Level 2 Cycling Coach registered with Cycling South Africa.