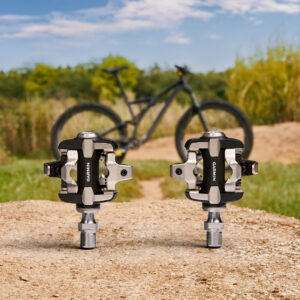 Garmin’s Vector 3, launched in 2017, was a big step forward for the brand’s power meter pedals. Gone was the wonky pod that dangled off the crank like a carbuncle. This simplified installation and made the pedals more durable. Added was Bluetooth connectivity which made the pedals play better with apps like Zwift and allowed the pedal to connect with Garmin’s smartphone app. The latter allowed the user to update the pedals more easily and tweak some settings.

Though it has a new name, the Rally power meter is a moderate update to the Vector 3. The Rally’s axle is almost identical to the Vector 3’s, “From a mechanical design perspective, they are the same,” Kenny Carlson, Garmin’s senior product manager, told me. That’s important, for reasons I get into below.

There are some tweaks to the electronics. “The design of the circuit board was updated, which also comes with a minor firmware update but isn’t something that we can bring back to Vector 3,” Carlson said. This change “Improves our sleep current which makes our 120hr battery life much more robust in more use cases and also helps ensure the product comes out of the box for a customer with good battery life.”

So as far as the power meter’s functionality and features, the Rally is essentially identical to the Vector 3. What’s new are the bodies.

While the axles are primarily the same, the Rally bodies are new. 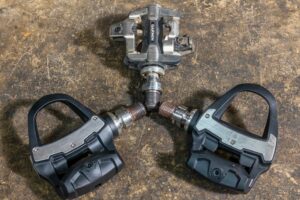 Most noticeably, there’s a double-sided dirt-friendly pedal (Rally XC) compatible with Shimano’s SPD cleats. This is a big deal for mountain, gravel, and cyclocross riders looking for a power solution that’s not tied to ever-changing drivetrain standards. Doubly so, since SRM’s X-Power dirt pedal seems to be vapourware.

For the road, there’s a Shimano SPD-SL compatible body (Rally RS) for riders who prefer this pedal system to the Look Keo platform that most power pedals use (Garmin’s Vector used the Keo system). This is Garmin’s second go at a power meter for the SPD-SL system: In the Vector 2 days, Garmin, somewhat quietly, offered a kit to fit their power meter axles into Shimano’s Ultegra 6800 road pedal bodies. With Wahoo’s Speedplay-based Powrlink power meter pedal coming, riders now have three road pedal system options for their power meter pedals.

The final option is the Rally RK, which uses Look Keo cleats. It is essentially the same pedal as the Vector 3, though with the updated axles. 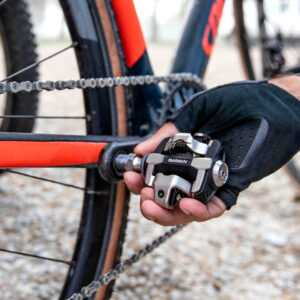 However, Garmin made some changes to the battery door compared to Vector 3. All the pedals have metal thread inserts in the body for the battery door; an upgrade from the Vector 3’s had plastic threads. They also redesigned the battery holder’s contacts. Garmin says these changes are the result of updated robustness testing.

Because all the Rally pedals use the same axles, Garmin offers pedal body conversion kits that let owners of, say, the Keo compatible RK body swap to the XC dirt body. So, if you don’t want to invest in several power meters for your different bikes, you can buy one Rally power meter and the second set of bodies and move them around where most needed. 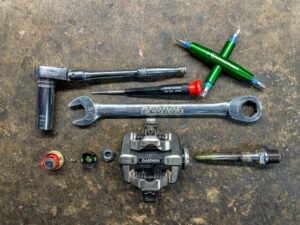 Once I had a compatible socket, the conversion was straightforward and took only about five minutes. Do be careful not to lose the teeny-tiny screws that hold the battery carriage onto the axle nut, though—one sneeze, and you’ll blow these little guys across the room.

Remember how I mentioned above that Vector 3’s axle was dimensionally the same as the Rally’s? Here’s why that matters to Vector 3 owners: your axles are compatible with the RS and XC body conversion kits. And as you’ll see below, I’ve confirmed this by doing it myself. 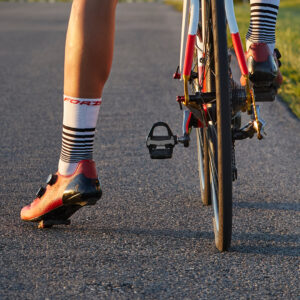