The Best And Worst Of Shimano’s New 12-Speed Groupsets

12 Things We Like about Shimano’s New 12-Speed Dura-Ace and Ultegra Groupsets, and Five Things We Really Don’t.

It’s Dura-Ace Day. The day that Shimano rolls out the latest 12-speed version of its premier road group, and arguably the most important drop bar group on the planet. Shimano’s massive OEM spec and influence means what they do with Dura-Ace affects the entire equipment landscape. It determines what our bikes look like, what features they have (and what features Shimano’s lower end groups will, eventually, have), and what SRAM and (to a smaller degree) Campagnolo do in the future.

ALL YOU NEED TO KNOW ABOUT ELECTRONIC DRIVETRAINS

And for the first time in memory, Dura-Ace Day is also Ultegra Day, as Shimano’s second-tier drop bar group launches simultaneously. You can read all about the new groups and our first impressions over here. Below, are my favourite features of the new groups, and a few things that have me less stoked. 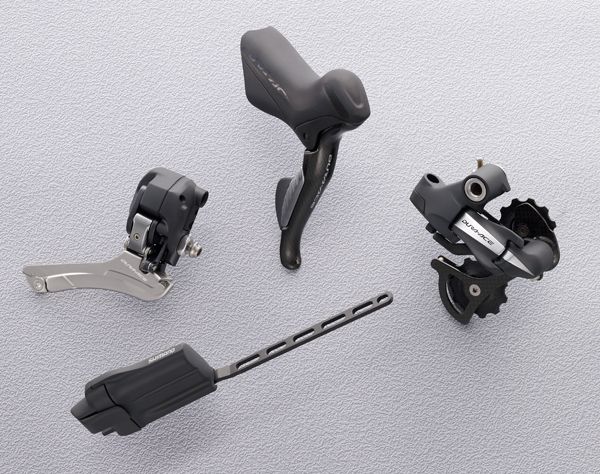 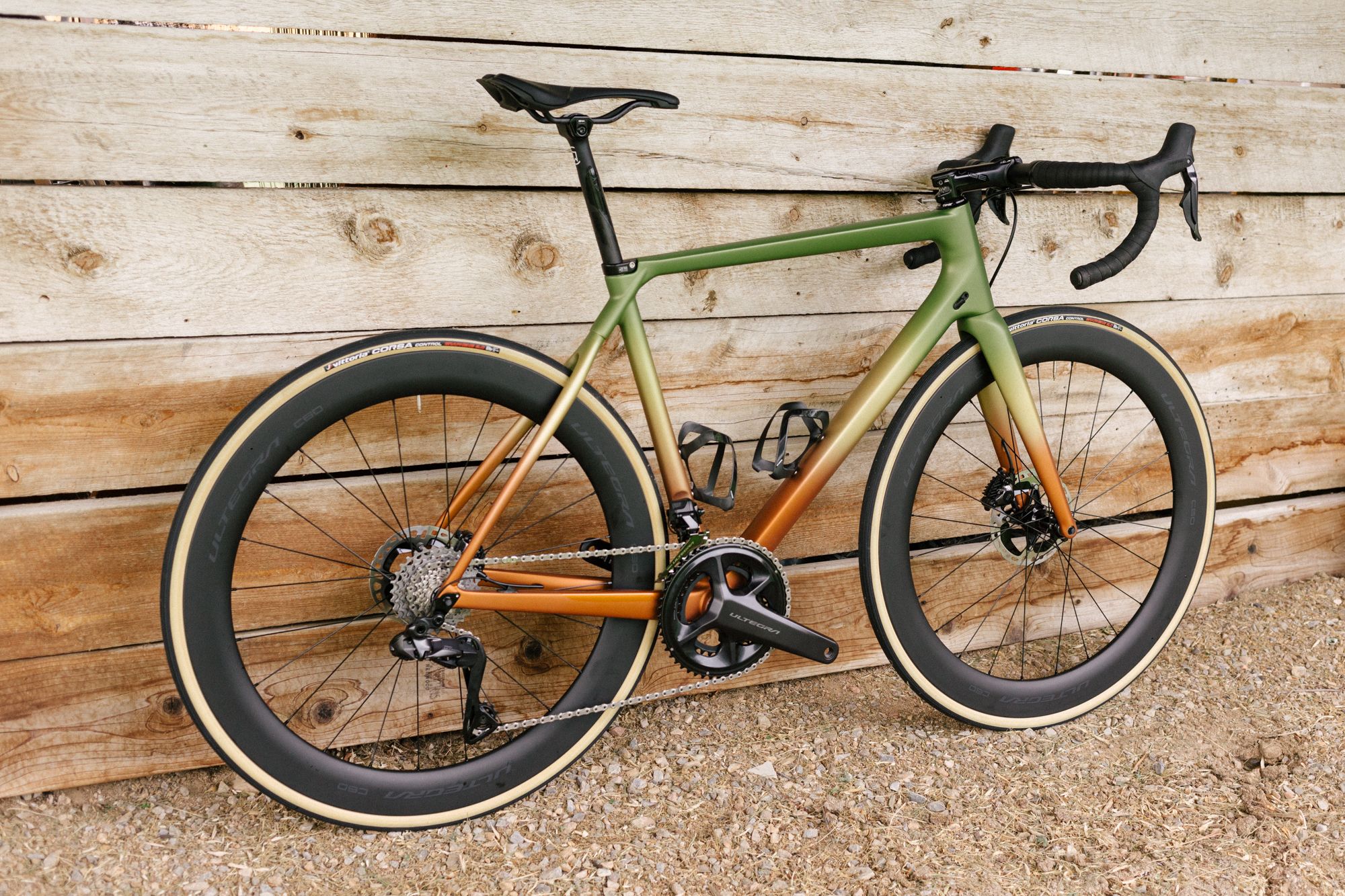 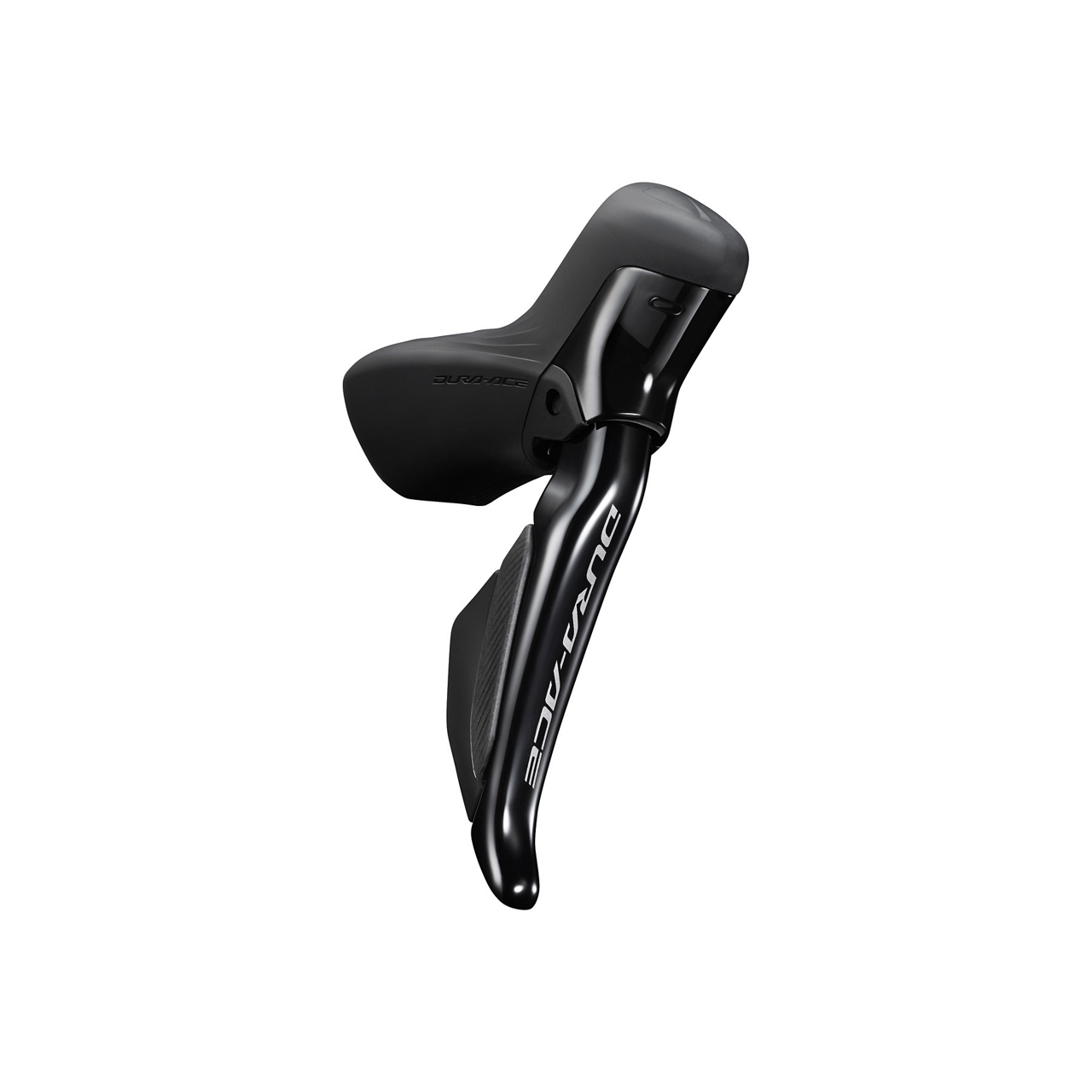 While wireless sounds more advanced than wired, the real advantages aren’t performance but the user experience. Removing the front half of the wiring system—including a junction box—makes the new Shimano drivetrains easier to install and has fewer bits to rattle inside a frame. Plus, there are no wires to create annoying lumps under your bar tape. If you wanted previous versions of Di2 to relay gear and battery information to your head unit, you had to spring for the ninety-dollar-plus EW-WU111 unit. That wireless unit was also necessary to enable over-the-air firmware updates and customization via Shimano’s E-Tube app. Without it, you needed to use Shimano’s (Windows only) PC app for updates and tuning. Those extra steps are gone with the new Dura-Ace and Ultegra because wireless is in the rear derailleurs.

I’m drowning in different charging blocks and cables from all the battery-powered devices I’ve acquired over the years. Thankfully, Shimano was wise enough to design one magnetic charging cable to charge the drivetrain battery and their new power meter. 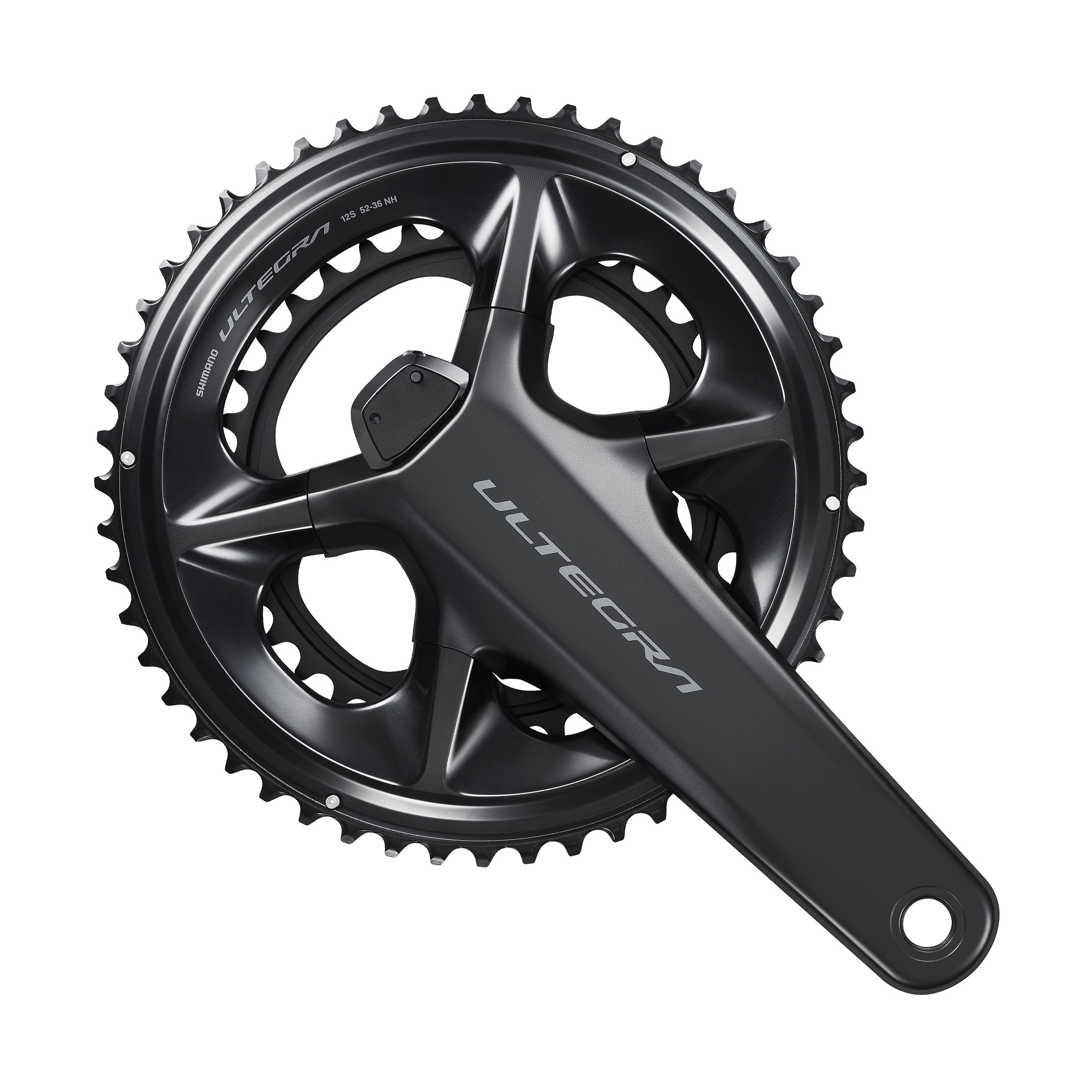 A power meter is a new option for Ultegra. It’s the same dual-sided (individual left and right power meters) system found in the Dura-Ace crank. That means one rechargeable battery powers both power meters and (claimed) improved accuracy over the power meters in the Dura-Ace 9100 power crank. Shimano’s cranks and rings are the gold standard, and this gives you a fully-featured power meter in those cranks from the factory, with the factory warranty, at an Ultegra price ($1,160). 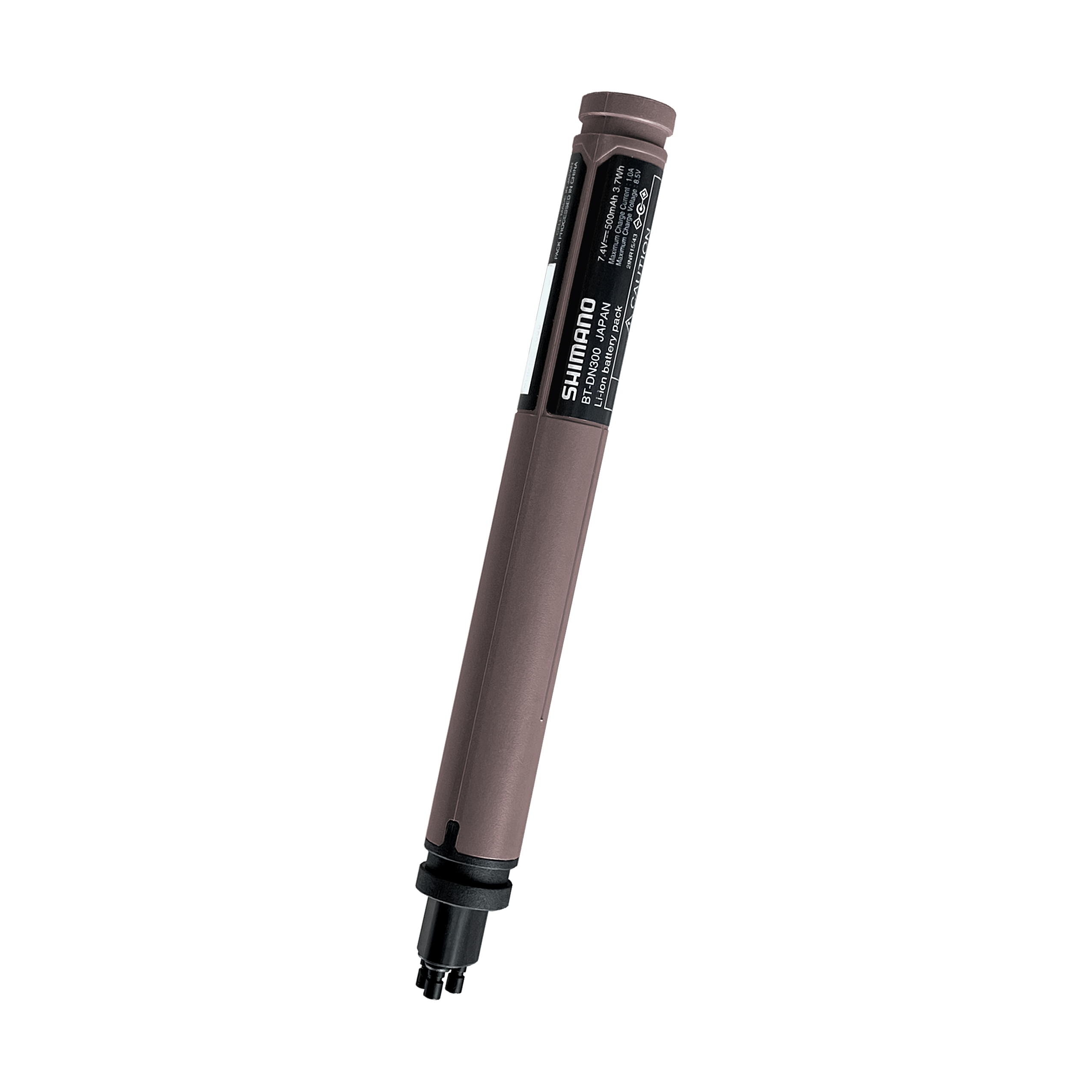 A single battery powers both derailleurs. This is one less battery to think about compared to SRAM’s eTap. Plus, the Di2 battery is in the frame where it can’t be knocked off or lost, and you leave it in place while you charge it. No hurrying out the door with your bike and leaving your battery behind.

Shimano’s smaller diameter EW-SD300—which debuted with the EP8 e-bike motor—means Shimano can pack three ports into the battery. The previous system used the larger diameter SD50 wires, and there was only one port in the battery. This means each derailleur plugs directly into the battery and eliminates the “B” junction box, which could rattle inside the frame. Cleaner and simpler 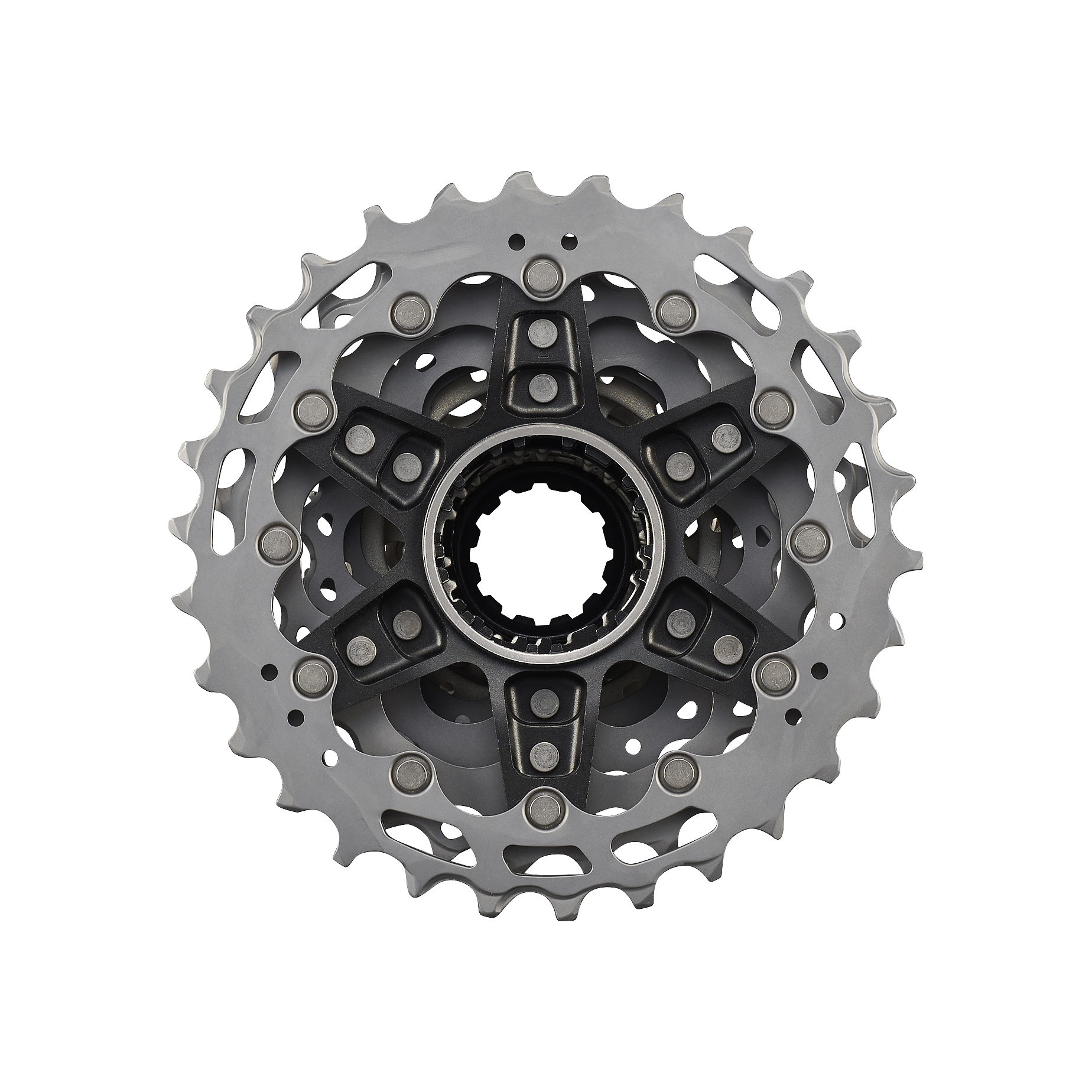 Shimano added the 12th cog, but the cassettes still fit on the “11-speed” driver body. This means all those existing 11-speed compatible hubs and wheels out there are still relevant and eliminates one of the most significant upgrade headaches.

I haven’t found that faster shifting increases my speed or talent, but I still like it. Faster shifting feels better, higher performance, more modern, more sophisticated. Plus, the Hyperglide+ system—I have extensive experience with this technology from riding Shimano’s 12-speed mountain bike groups—is fantastic and makes full power upshifts smooth and seamless. Shimano’s Di2 shifting performance already was the benchmark, and now it’s even better. 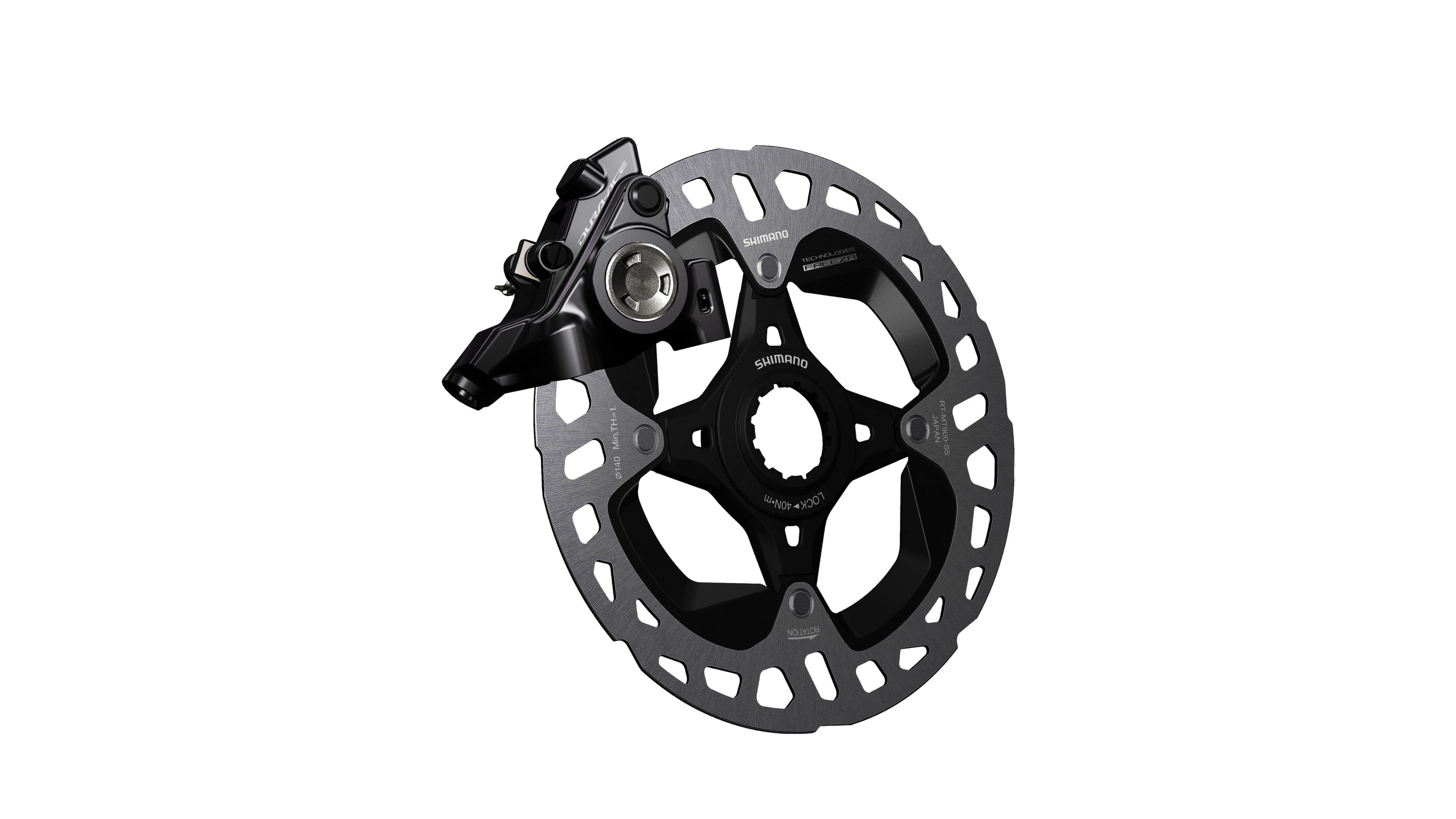 Shimano bumped up rotor-to-pad clearance by 10 percent, which should drastically cut down on the annoying incidental contact from flex and movement and in wet and grimy conditions. This is a considerable gain from the perspective of user experience. 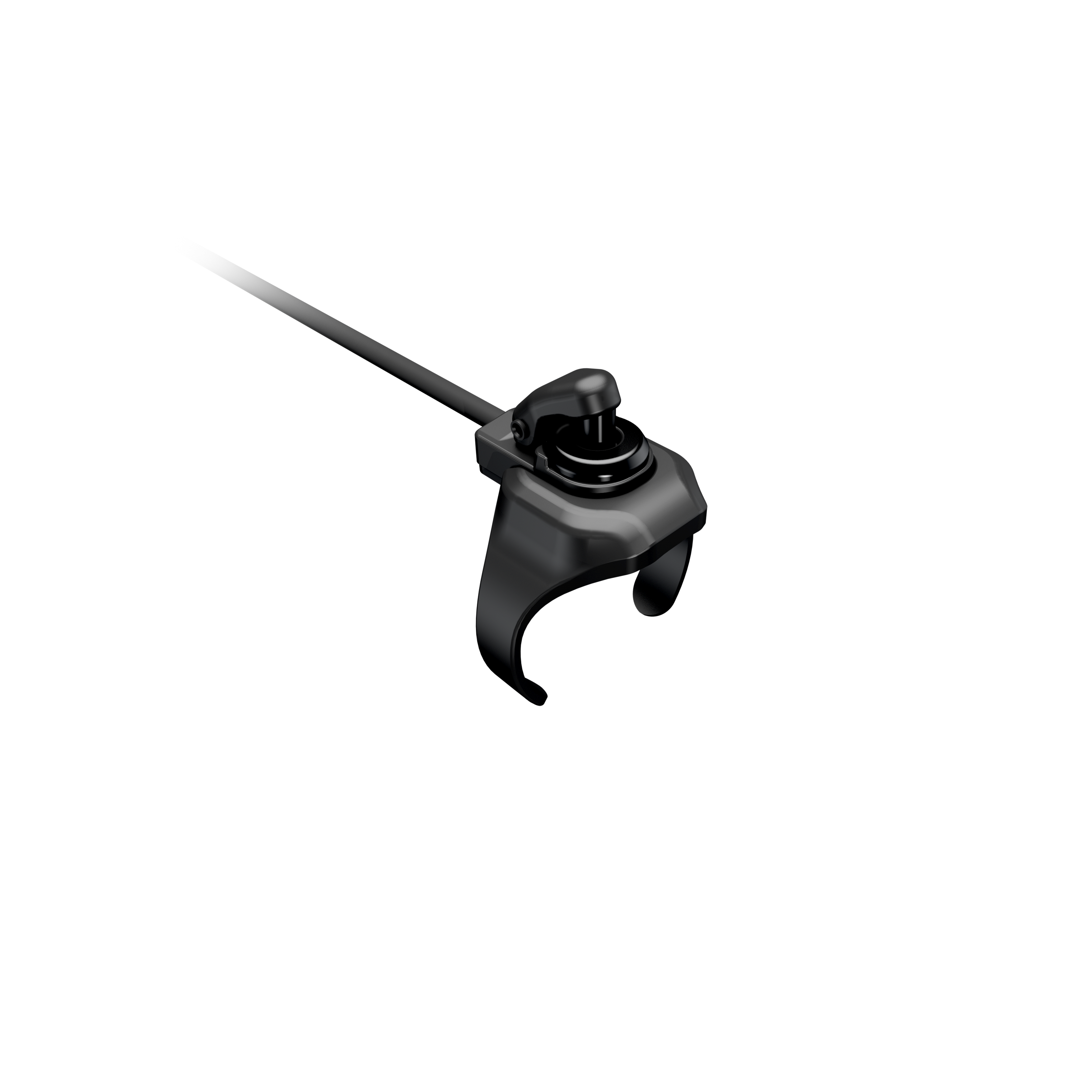 As a remote shifter fanboy, I’m super happy that Shimano drastically reduced the size of the remote switches. This opens up opportunities to position them in more places and makes a bike’s bar look less cludgy. 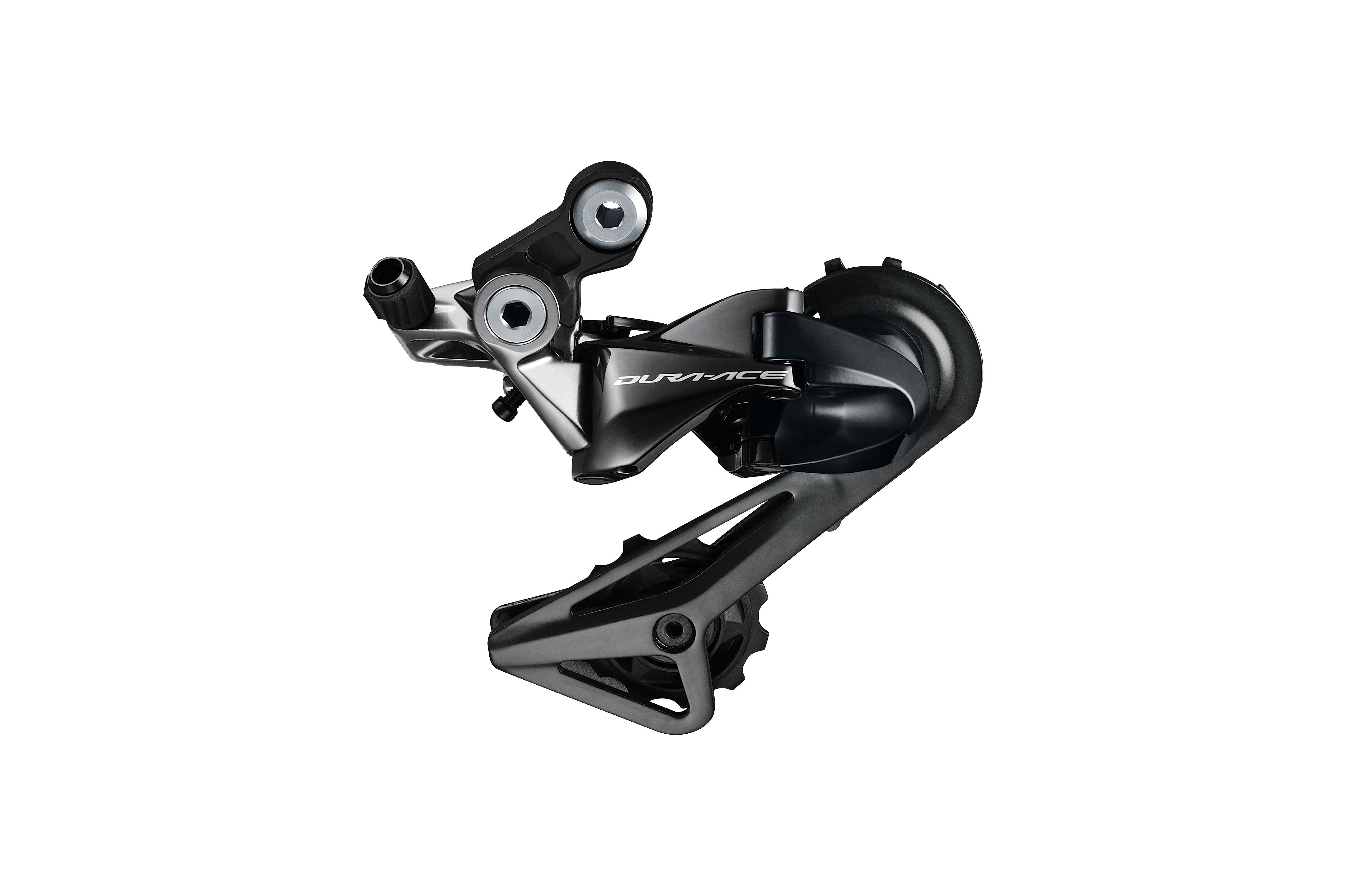 At this point, the performance and consistency superiority of Di2 relative to mechanical shifting is irrefutable. But the simplicity of an unpowered shifting system has its place. And some riders don’t like electronic shifting. So in tandem with Shimano’s walking away from rim brakes—see below—there are a lot of great bikes out there onto which riders won’t be able to fit a new Dura-Ace or Ultegra drivetrain.

Shimano could, if they wanted, make existing Di2 11-speed shifters compatible with the 12-speed derailleurs. I know this because they made the existing 11-speed TT/Triathlon shifter parts compatible with the 12-speed derailleurs (it requires a firmware upgrade and Shimano’s new EW-SD50 to EW-SD300 wire adapter). But they don’t offer this option for their drop bar shifters. The cynical—and possibly correct—view is that they decided to force riders with functional 11-speed Di2 shifters who want to upgrade to the 12-speed system to buy a whole drivetrain. It’s a double drag because offering the chance to upgrade the 11-speed stuff could be a solution for riders holding onto their rim brake bikes.

I know Shimano wants to keep its road groups traditionally road focused with GRX focused on gravel and cyclocross. Still, I’m bummed they didn’t build clutches into the new DA and Ultegra rear derailleurs. We’re riding our “road” bikes in new and different ways that often takes them off the pavement, due in part to disc brakes and improved tire clearance. Hell, road racing bikes like Trek Emonda and Tarmac SL7 can fit 32mm-wide tires. Shimano’s decision likely revolves around faster shifting speeds and improved battery life, which are good things. But even so, I think Shimano missed the opportunity to incorporate a feature suited to a modern road rider’s experience into the new groups. 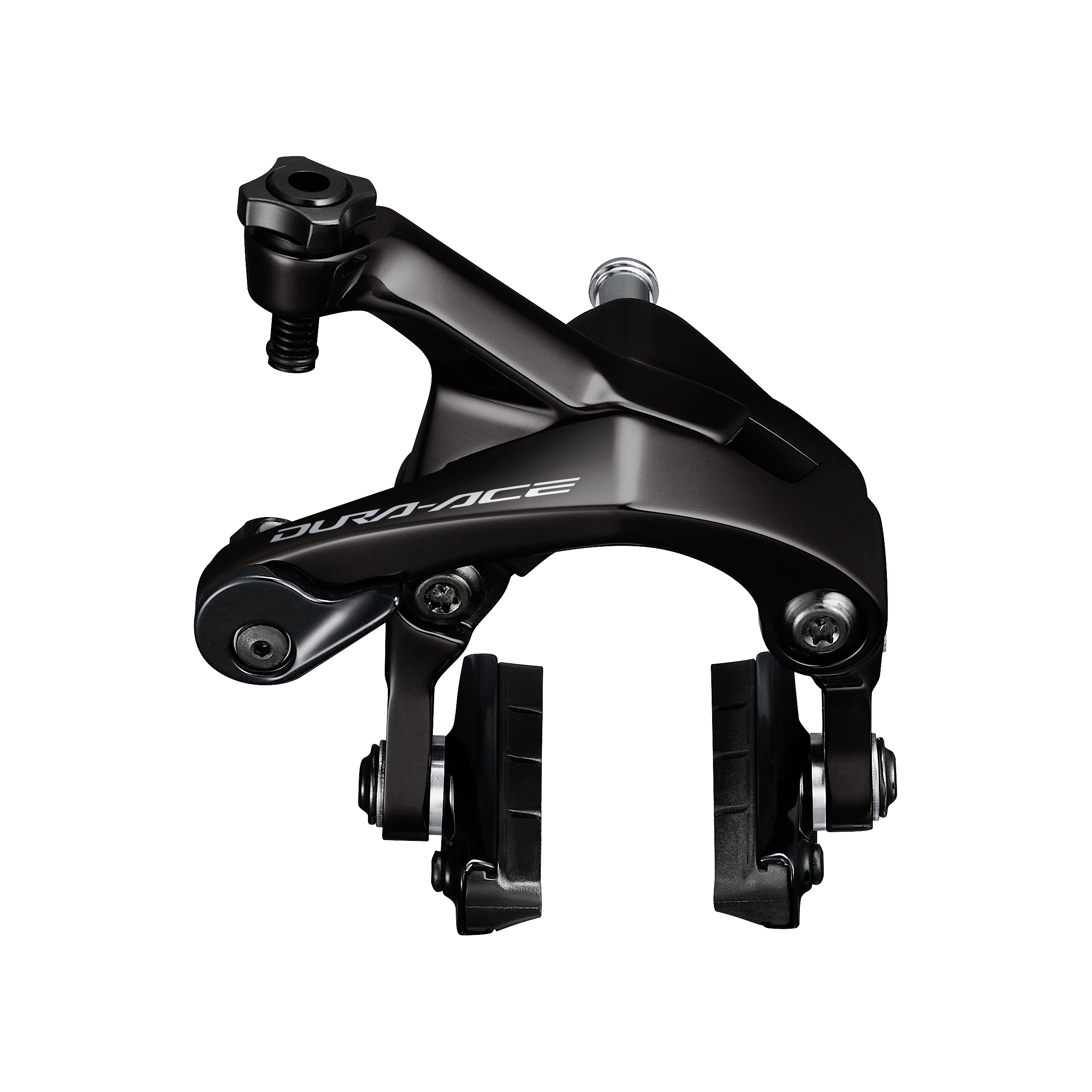 While rim brakes are, technically, an option for the new Dura-Ace and Ultegra groups, I’m hearing that this option exists only for some markets and some of Shimano’s sponsored professional race teams *coughINEOScough*. Small numbers of the new Dura-Ace and Ultegra groups with rim brakes might come to the USA, but I wouldn’t hold my breath. Effectively, these new groups are electronic shifting and disc brake only. That means the simple elegance of a traditional high-performance road bike with rim brakes and mechanical shifting is essentially a thing of the past. 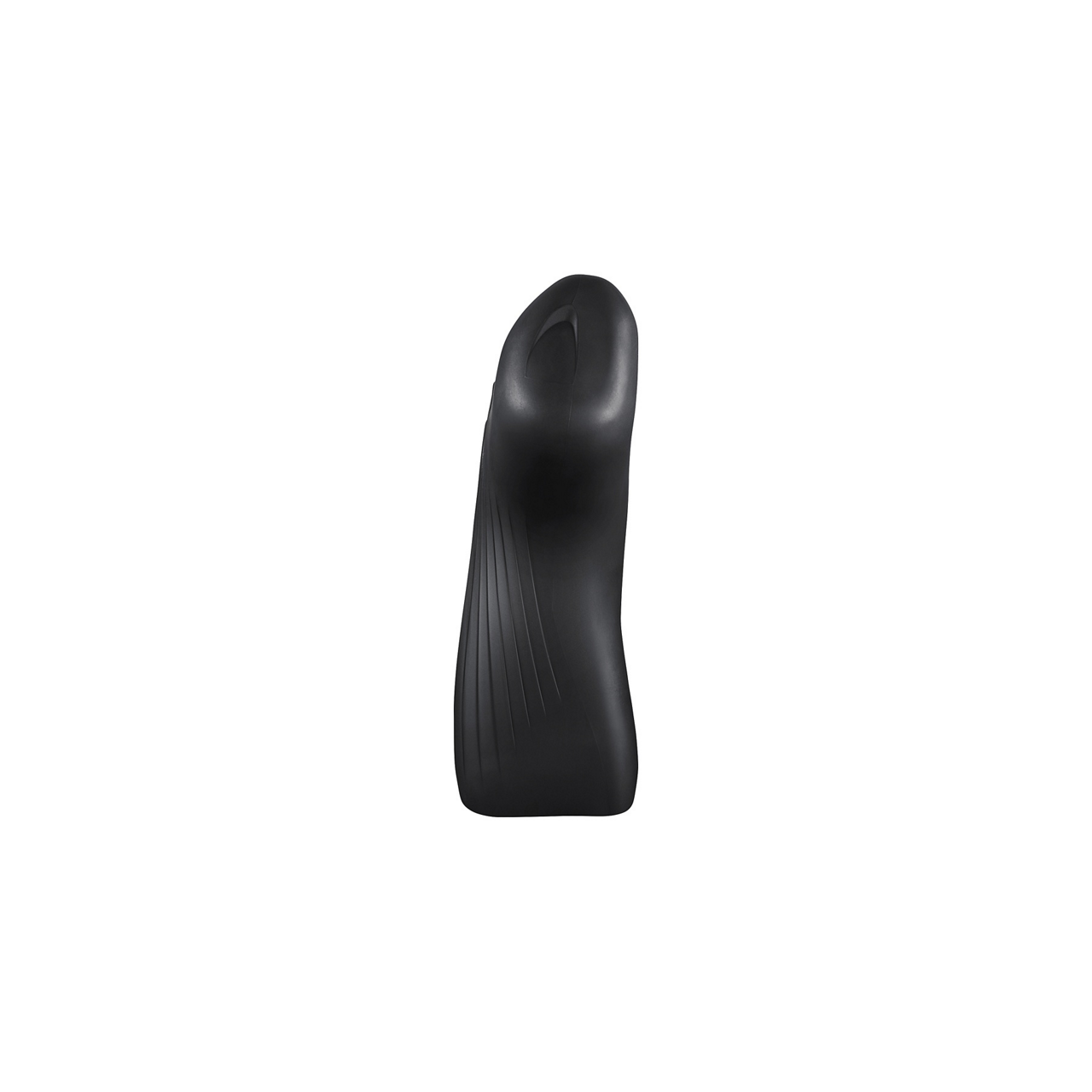 I love current Dura-Ace 9100’s and Ultegra 8000’s sleek and compact hoods, and I find SRAM (Red and Force: Rival AXS’s smaller hoods are okay) and Campy’s disc brake lever hoods too big and chunky. So, I’m not super happy with Shimano’s decision to inflate the new hoods. One of the drawbacks of going wireless and needing to make room for a battery, I suppose. 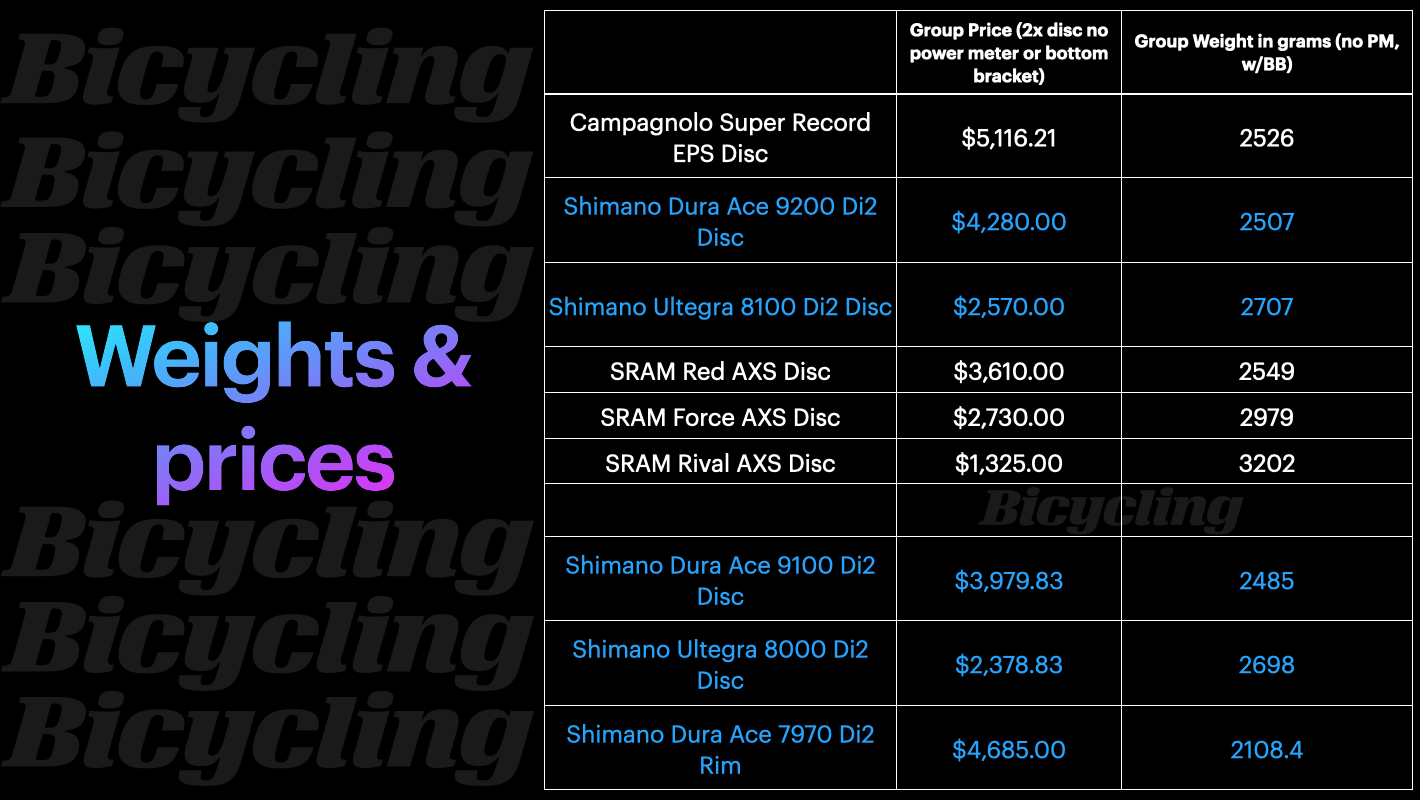 There is no final local pricing yet. For reference, an Ultegra 8070 Di2 groupset retails at just under R35 000 here.

Overall, I think Shimano made some solid updates to Dura Ace and Ultegra. They added worthwhile features without adding much weight (20 grams or less), or increasing the price substantially. And though adding wireless was no doubt complex from a development perspective, it makes the groups simpler in some ways for the user and mechanic. As (almost) always, I suggest most riders skip right over Dura Ace and buy cheap Dura Ace AKA Ultegra: It’s almost the exact same group and a whole lot cheaper.