The Most Exciting (and Far-Out-There) Cycling Tech from CES

For the cyclists in Las Vegas this week or keeping tabs on the CES news from afar, there are some techy developments that are sure to intrigue.

Coverage of the CES (Consumer Electronics Show) often focuses on new TVs, Internet of Things gadgets, and a different sort of two-wheeled vehicle. But for the cyclists in Las Vegas this week or keeping tabs on the CES news from afar, there are some techy developments that are sure to intrigue. Take a look below at what’s grabbed our attention and what these products could mean for the future of cycling. 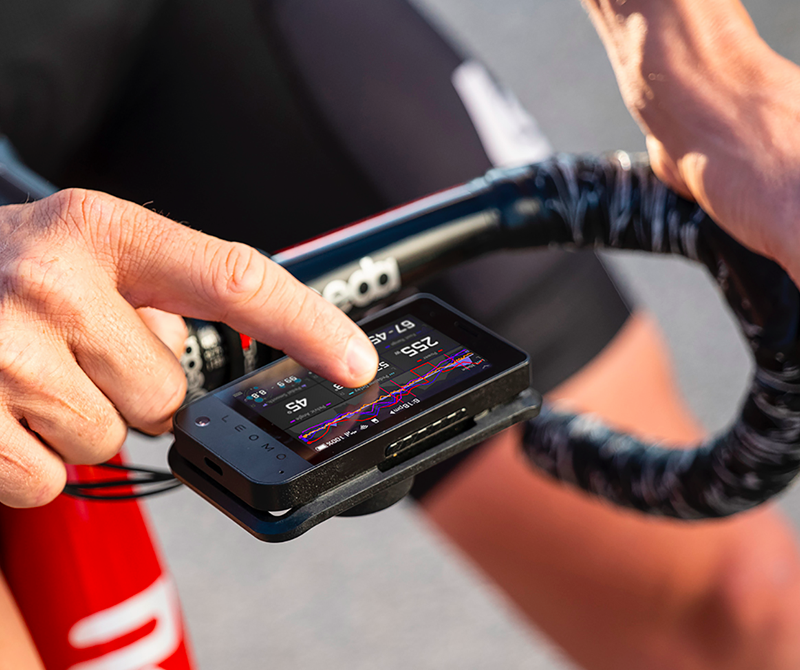 Top of the CES pops for us was Colorado-based Leomo, which is aiming to help cyclists and runners improve their form with its Type-S. The kit comes with a central unit, which you mount on the handlebar, and two motion sensors. Photos on the page for Leomo’s successfully funded Kickstarter campaign show them attached to the front of a cyclist’s thighs. From there, the sensors take readings on pedaling smoothness, how much your heels move up and down, how much your thighs move up and down, and pelvic angle, rock, and rotation. The device then gives you real-time feedback on the central unit’s three-inch display (which, as a bonus, can function as your daily phone thanks to a SIM card and Android OS). But good form can mean different things for different riders; one cycling writer found that, by initially trying to correct his pedal stroke on his own based on feedback from the Type-S, he messed up his back and knee. So a be-all, end-all, the Type-S likely isn’t. Yet the biomechanics info it provides is valuable and could be beneficial when evaluated by a professional trainer (something Leomo offers as well). The two-sensor version is available now for around R7 500, but the Type-S Pro with five sensors will run you R12 000. 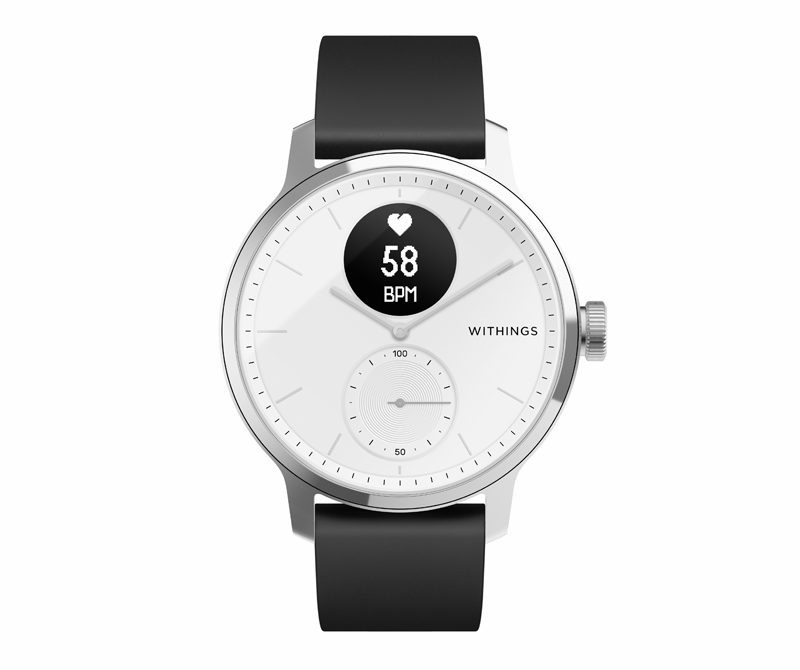 Withings has made its name on fitness trackers that don’t look like fitness trackers. And this week it debuted the ScanWatch, which isn’t different in that regard. But in the announcement, company CEO Mathieu Letombe called it a medical tracker—the brand claims it’s the first watch with ECG and sleep apnea detection. When the ScanWatch detects an irregular heartbeat, it’ll let the wearer know via a notification on the screen in the larger dial. Then the wearer can perform an ECG through the watch’s three built-in electrodes. To gauge possible sleep apnea, the ScanWatch measures oxygen levels in blood vessels—by passing light through them with a dedicated sensor—noting when they dip due to a possible interruption in breathing. And after all that, it has activity and workout tracking, delivers smartphone notifications, and measures VO2 Max. Now, that’s a lot of functionality to promise, and the ScanWatch is still pending FDA approval, but the CES display looked solid, and Withings expects to start selling in Q2 for $249. If it lives up to the claims, the watch could be a useful all-around timepiece. 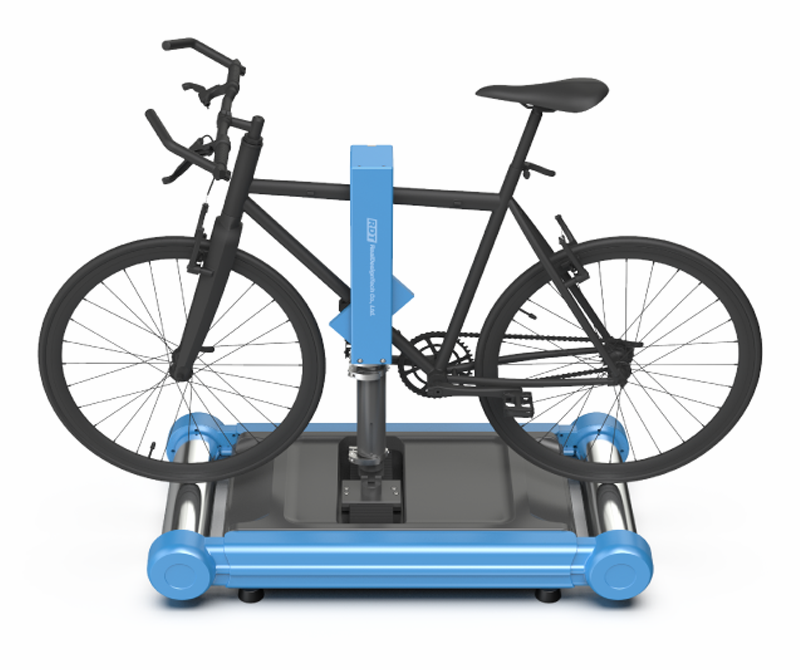 RealDesignTech’s UR2A-Va Ultiracer gives us a glimpse of where virtual cycling could be headed. This device, touting both hardware (rollers) and software (a virtual cycling platform) attempts to tackle one of the biggest problems with riding inside: Your bike needs to be fixed in place. Trainer manufacturers have attempted to create a more natural ride feel by building some side-to-side movement into their trainers, and some rollers or trainer platforms even rock forward and back. But without forward momentum, it’s still a pretty unnatural riding experience. Rollers allow more freedom to move in the most natural way possible without actually going anywhere, but they require a good amount of skill to use effectively. The UR2A-Va Ultiracer system utilizes a modified roller with a vertical support that holds your bike in place (by attaching to the top and down tubes) while allowing you to steer left and right as well as lean the bike from side to side. It’s promising because anyone who can pedal can climb on and safely ride on this device, as demoed at CES. What’s unclear is whether or not these rollers will be compatible with third-party platforms. For the time being, cyclists will have to make do with Ultiracer’s proprietary one, which, instead of attempting to recreate real-world courses in a digital environment, looks more akin to an Atari video game powered by your pedaling. The price and launch date are still to be announced. 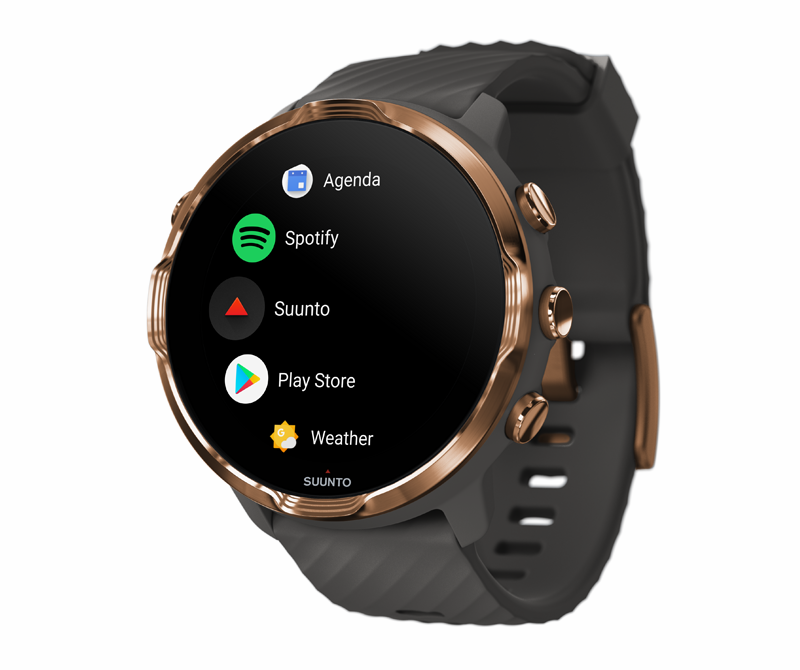 Suunto is rooted in the fitness market, and this was another CES highlight for us. Its watches are meant to map your route on long, off-the-grid rides, monitor your heart rate, and suggest training and recovery plans. The 7 is an entry in the more daily wearable space. It has many of the workout-tracking chops Suunto’s watches are known for, but this model runs on Google’s Wear OS. That means it has Google Pay, Play, and Assistant, among other features that boost the 7’s around-town functionality. But with those come not-so-great battery life—up to 12 hours with GPS on and 48 without—though that’s roughly on par with the claimed run time of other Wear OS watches. And though the look is toned down compared to some of Suunto’s more hardcore watches, the 7 is burly: It’s shock-, dirt, and waterproof, with large buttons that will play nice with gloved hands and a bright touchscreen protected behind Gorilla Glass. Pre-orders ship at the end of the month, with SA pricing still to be confirmed. 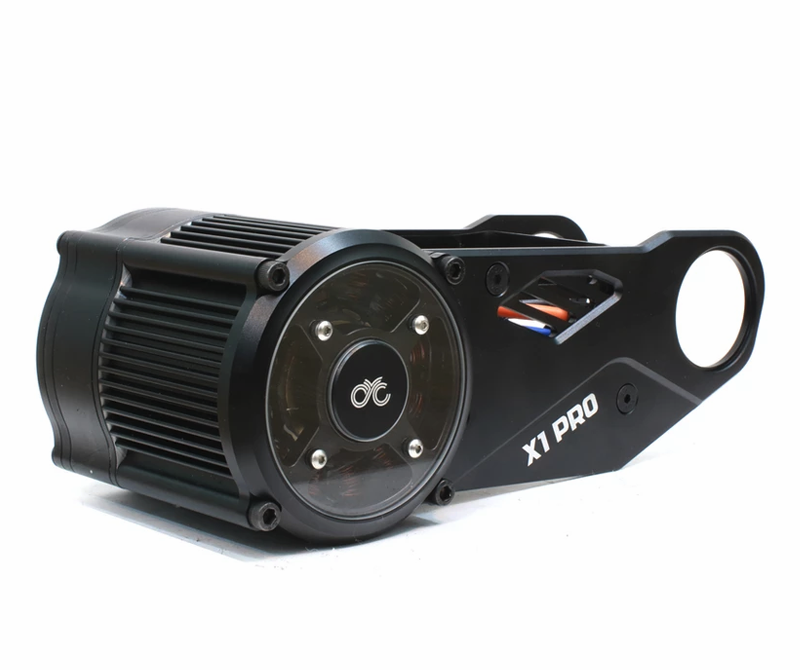 The CYC Motor X1 Pro Gen2 conversion kit can make it very easy to turn your analog bike into an e-bike. Well, at least until regulators catch wind of what this e-bike conversion kit purports to do. Let’s start with what we can easily see to be true. It’s a somewhat simple way to convert a conventional bike into a mid-drive Class 2 e-bike, meaning it has a throttle and, although it provides pedal assist, you can also just push the throttle. Adding roughly 10 pounds to your bike and requiring no permanent alterations, the X1 Pro Gen2 claims to let you convert your ride to pedal-assist and then revert to analog, which is intriguing. However, installation appears to be more complicated than just swapping cranks, so it’s likely not a change you’d make for a single ride. CYC Motor made some bold claims at CES when it comes to how much power this motor delivers. The company says that the 150KV motor that delivers up to 30Nm of torque at the cranks and can spin the brushless motor up to 14,000 rpm. Those are some eyebrow-raising figures. Since that power comes from the motor turning a cog on the driveshaft that’s connected to a larger chainring, which in turn spins the crank, there are several cog and chainring combinations you can choose from. Naturally those, along with the wheel size of your bike, will affect top speed. We’re not holding our breath for e-bike conversion kits that will let you reach highway speeds, but the idea that you may soon have good options for upgrading your ride to a functional, mid-drive e-bike is exciting. 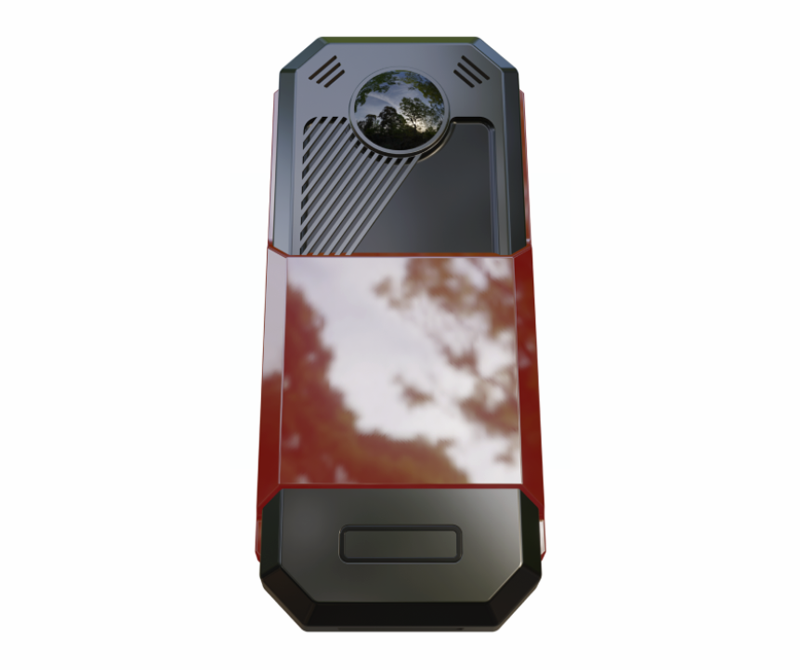 Rothem rocked CES with its aims to bring more intelligence to bike lights. It’s fitted the Smart Bicycle Backlight with an HD camera, buzzer, radar, speakers and a mic, and a panel with several bright LEDs. While the light makes the cyclist more visible to drivers, the radar tracks how close cars are getting and relays that to the rider via a display on their smartphone screen, giving you a way to keep tabs on surrounding vehicles without having to turn your head as often. (Per Rothem’s website, it’s a Frogger-esque display, showing lanes of traffic with the rider in the middle and cars represented with colored dots.) And if a driver should rear-end the cyclist—ignoring the blaring warning the Backlight emits when it detects a vehicle getting too close—the device will automatically upload the footage of the collision to the cloud (. Rothem is launching a Kickstarter campaign for the $249 Smart Bicycle Backlight soon, so if it makes it through the crowd-funding process, the unit could be a capable (albeit expensive) addition to a cyclist’s safety arsenal. 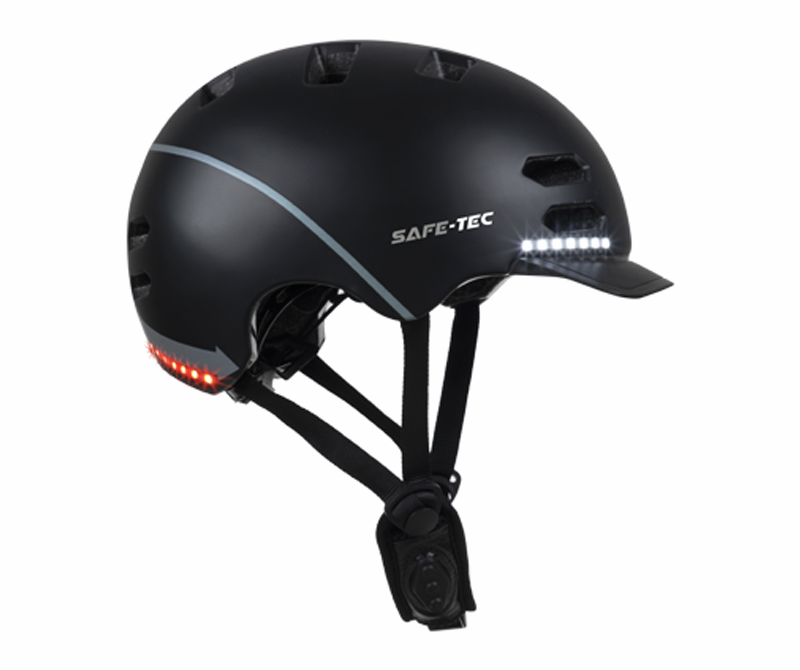 One of the latest entries in the smart bike-helmet market, the SK8 Plus has a lot of tech under its sleek lid. The front and back lights, bone-conduction speakers that let you take phone calls and listen to music without blocking out ambient sound, and Bluetooth connectivity aren’t new in helmets. But what set it apart at CES was that Safe-Tec gave the SK8 Plus a bit of added functionality by integrating Alexa. Whether or not this could prove too distracting as you chat with Amazon’s assistant from the saddle remains to be seen, though it could open up even more features that might be useful on daily commutes.