We aren't the only ones trapped in our garages, pedalling like hell on the hamster wheel; the top pro riders have had to embrace the virtual world, too, and the Digital Swift 5 will give them, and us, a chance to throw down some wattage.

In the absence of IRL racing – that is In Real Life, in case you don’t have a youngster to translate – online platforms like Zwift and Rouvy have been inundated with cyclists trapped in their pain caves, desperate to unleash some wattage.

As lockdown has dragged on, even the big names in the sport have headed down the virtual route. Greg van Aevermaert won the ‘Ronde van Vlaanderen’ in April – a 32km digital version hosted on the BKool platform – which was astoundingly watchable for the live power numbers these superstars can produce. 435w for 43 minutes is what it took GvA to overcome Oliver Naesen and Nicholas Roche, with the likes of Evenepoel hitting 500+, and getting dropped. Surprisingly watchable, the whole thing, and over in under an hour. 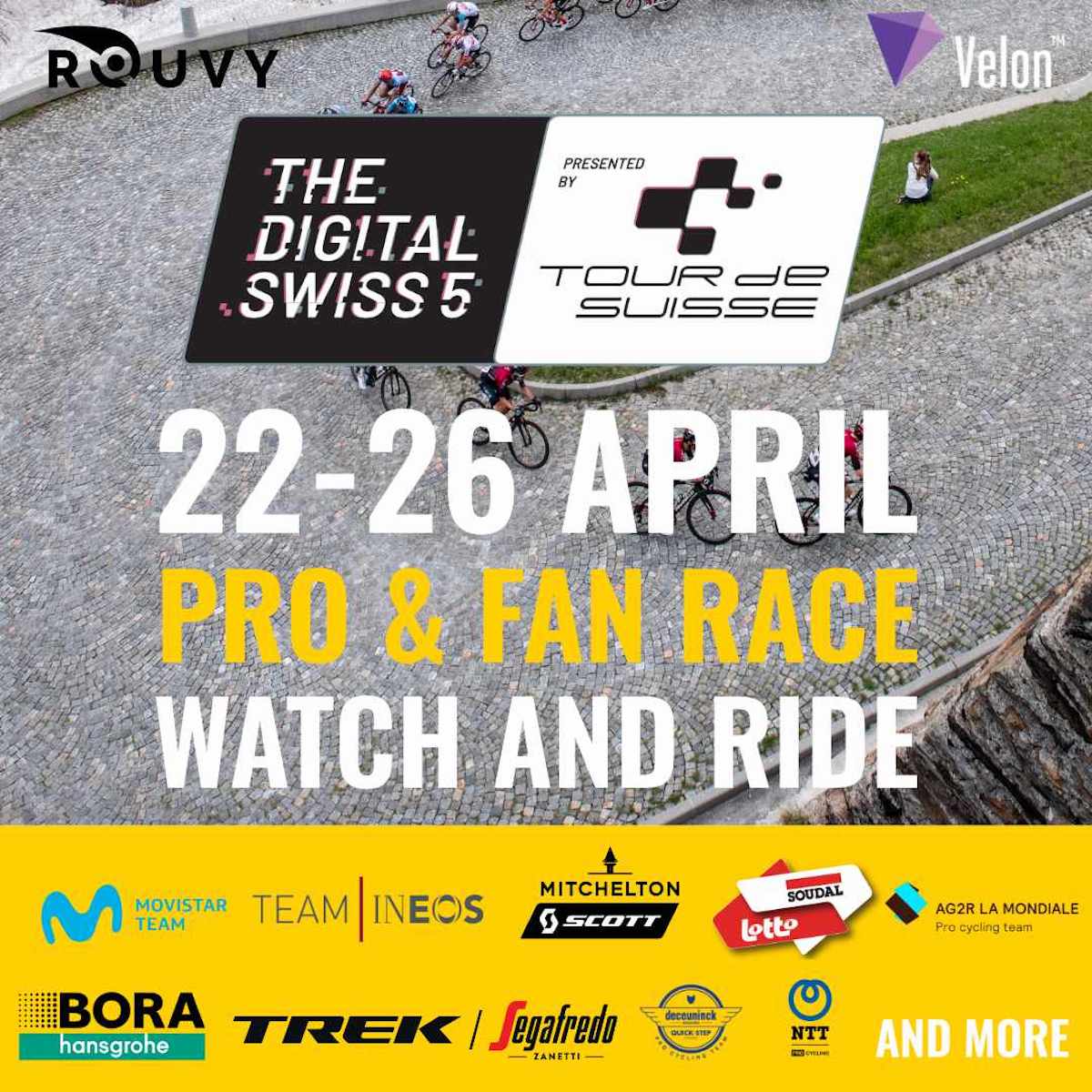 The first digital pro cycling races from 22 to 26 April are to be running daily at 5pm, South African time (to the best of our time zone calculation skills). We will able to ride and compare to the pros on the same courses and dates two hours later.

What The Pros Will Do

My first experiences of a virtual day race a few weeks ago made me realise: Virtual races are definitely not easy. The races are in fact shorter than normal races, but the intensity is much higher, and you have a much smaller time frame in which you can make a tactical difference. I’m glad that we can offer entertainment to the fans, even though we can’t ride on the road. The cyclists are also very motivated, and the teams get a chance to represent their sponsors. We certainly have some tough races ahead of us next week, and I will give everything to be able to celebrate another virtual victory. Greg van Avermaet (Team CCC)

The best teams in the world will compete against each other for five consecutive days on the ROUVY Indoor Cycling Reality platform. Riders compete against each other every day on sections of some of the most beautiful Tour de Suisse stages, but in a virtual environment. 19 teams (16 WorldTour and 3 wildcard teams including the Swiss National Team) line up for the world premiere in virtual pro racing.

The virtual start list for The Digital Swiss 5 reads like a who’s-who of the international cycling elite;

The races will be held on sections of the Tour de Suisse 2021 route for approximately one hour daily from Wednesday 22 April until Sunday 26 April 2020.

How You Can Watch

The Swiss 5 will be broadcast live on Supersport, according to the organisers, although we can’t find it in the schedules yet, or you can hit the virtual world where Velon and the participating teams will be live streaming each race on their Facebook and Twitter channels.

Alternatively, use the Rouvy app to follow not only the riders in shot right there and then but you can see everyone competing in the race. – position, speed, watts, split times and more. It’s a great second screen experience if you’re also watching on TV or online.

Download the app for your system from the ROUVY website and watch the “how-to” video to immerse yourself in the race.

And Then It’s Our Turn

Despite social distancing, fans can get close to the pros. Every evening, the international cycling community can compare themselves to the crème de la crème of cycling professionals on the same stage sections in the virtual Fan Race. To expend the same effort as the pros for five days is certainly a new and unforgettable experience for anyone up for the challenge.

The same as for the pros.

The winners of the fan race will win the prizes from the partners.

Partners of the Fan Race

TDS5 Fan Race will be streamed live daily on the ROUVY’s youtube channel with an English commentary.