The 21-year-old South African XCO champion came into World Champs with a pertinent point to prove – to finish on the podium, and that’s exactly what he did. 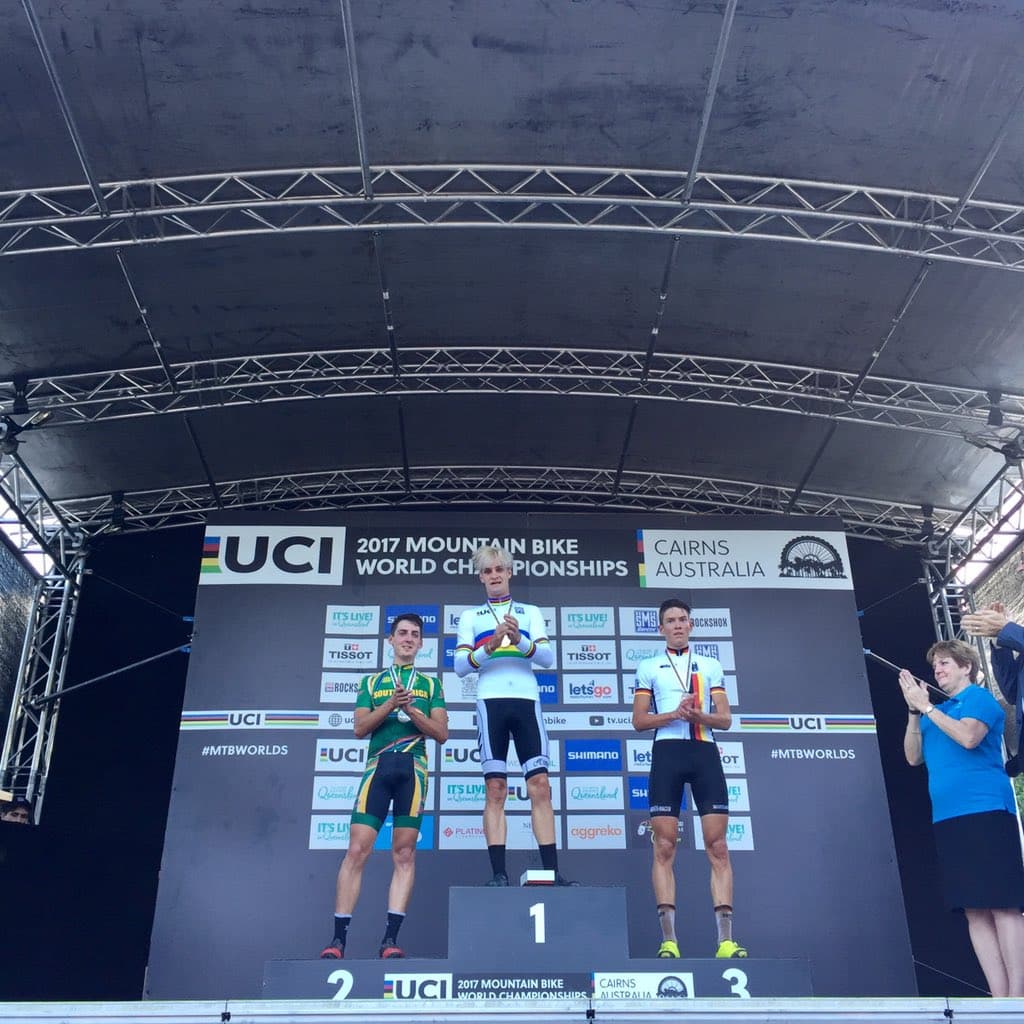 After walking the course earlier in the week Alan (Hatherly) pointed out the technical nature of the track and said it was “super broken up and dusty.”

The topography however perfectly suited the South African’s style featuring one major climb as well as a jump section, both of which play to his strengths. “Accelerating into and out of each corner fits my style of riding – there must be over 10 switchbacks on that climb, I think it’s about a 4-minute climb at race pace, so I’m targeting that.”

His plan worked, as did his strategy of not going out too hard owing to the humidity and heat.

They’re off! Good to all the riders you’re riding for the rainbow ? stripes #MTBWorlds pic.twitter.com/n6JIBBwdKe

After a fast-paced first lap it was clear there were only two real contenders in the race: Hatherly and Sam Gaze. The two put on an XCO master class, racing neck-and-neck over the tricky and testing course. It was only after the lap 4 that the defending champion, Gaze of New Zealand, started to open a small gap on Alan. In the end Hatherly was able to marginally bring back the gap finishing 11 secs behind the Kiwi. Max Brandl of Germany bagged bronze coming in almost a minute behind them.

Further down the list Julian Jessop managed a top 50 placing finishing in 46th position, +7:50 off the pace.