Nerves kicking in? Forgotten something? No need to fear - here is some last-minute Cape Town Cycle Tour advice.

Get With The (Taper) Programme

A taper doesn’t mean okay, my training is done, it’s time to relax on the couch for the week, says Salzwedel. If you don’t ride during the week before the race, you’ll arrive feeling lethargic, your legs will be heavy, and your heart rate will be sky-high. “Tapering means it’s time to reduce your volume to 60 to 70% of your usual training week – but keep your intensity high.” 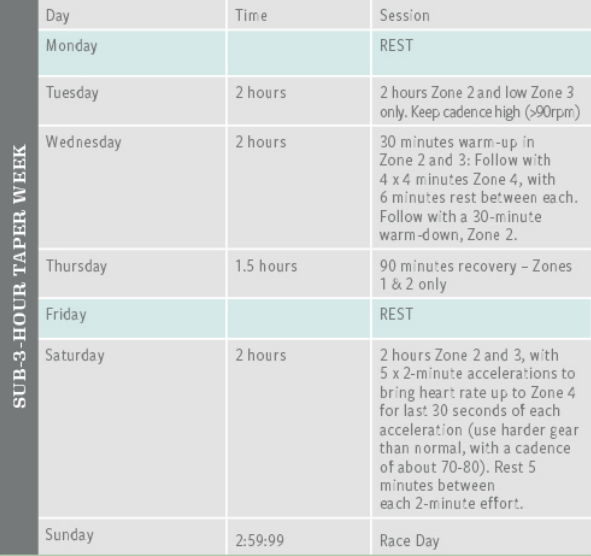 No Need To Do The Splits

Splits are just a guide, explains Salzwedel. For instance, they don’t take wind direction into account, or the dynamics of the group. So if you fall behind your split, don’t give up because you think you won’t get your time. Similarly, don’t sit up and take it too easy if you’re ahead. Salzwedel says that as long as you’re within a five- to seven-minute range either way (for a sub-3), and 10 minutes for a sub-4, you’ll be on target. But a lot depends on your group.

Ain’t Nobody Got Time for Cramps Bay

You’ve done everything right. You’re ahead of your splits, and feeling strong. You’re in a great bunch that’s working well together. Your target time is within reach – and that’s when your hamstring seizes like nobody’s business. Cramp has struck.

“Click down into a harder gear,” advises Salzwedel, “and give a short burst – a little acceleration. It will hurt a lot, but you’ll be recruiting bigger muscle fibres for a harder force, and we’ve found that this can help cramps go away. Then go back to the gear you were riding.”

Many people swear by Rennies, but Salzwedel says there’s no science to back the antacid up as a cramp-buster. “It’s the power of the mind. But researchers have found that there’s a chemical in chillies that stops cramps. So if you can handle the hot stuff… pop a chilli.”