What better way to celebrate another cracking Coronation Double Century than with a glorious Tobi Ginsberg photo gallery?

What better way to celebrate another cracking Coronation Double Century than with a glorious Tobias Ginsberg photo gallery? 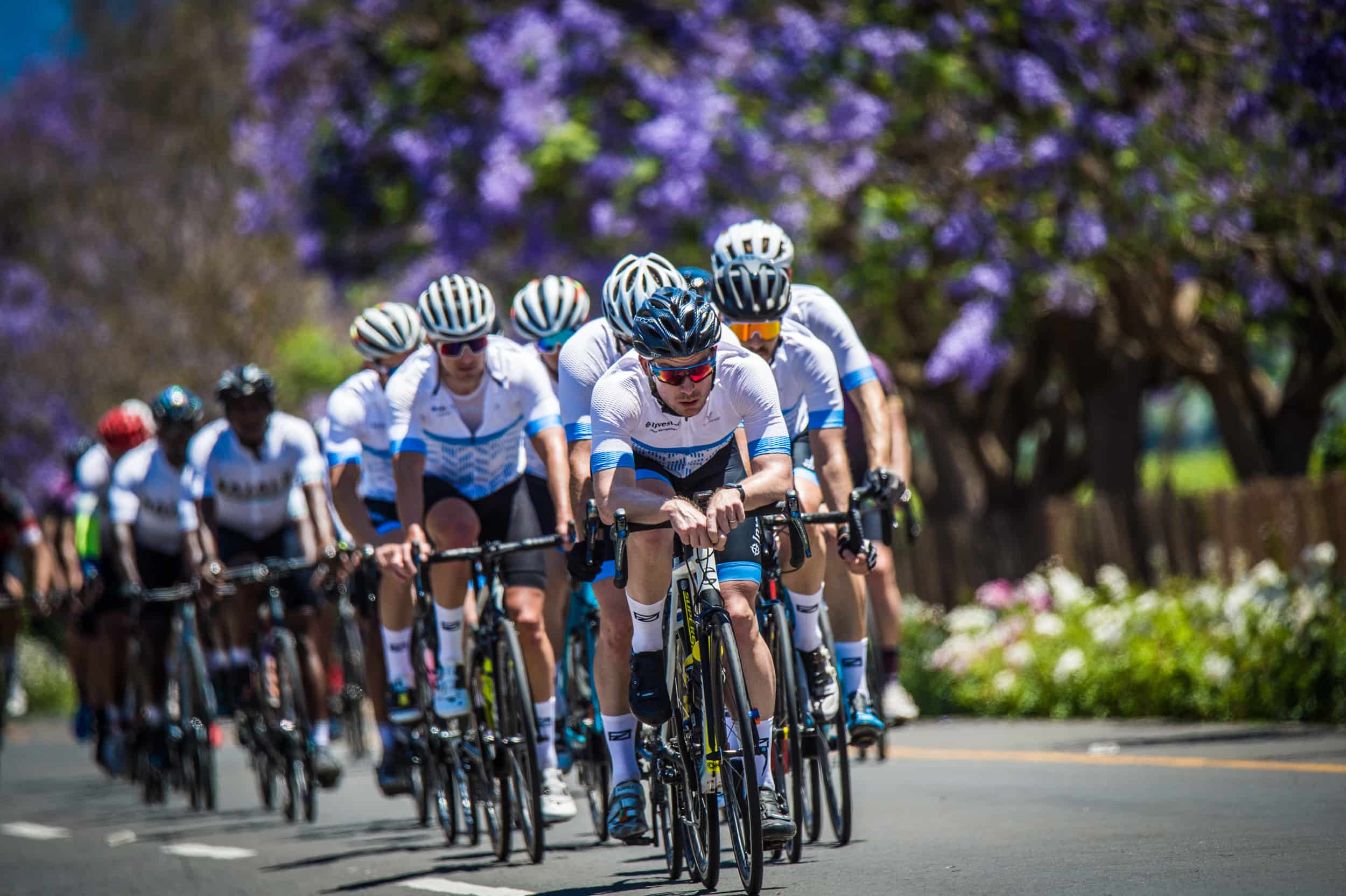 Doing justice to the blur that is 3 300 cyclists enjoying 202km through the heat and wind of the Western Cape is almost as hard as actually riding the event; Tobias racked up over 280km on the back of a motorbike to shoot this year’s event, and scaled all manner of roadside obstacles to gain the perspectives that make up this rich photo gallery of the world’s biggest team time trial. 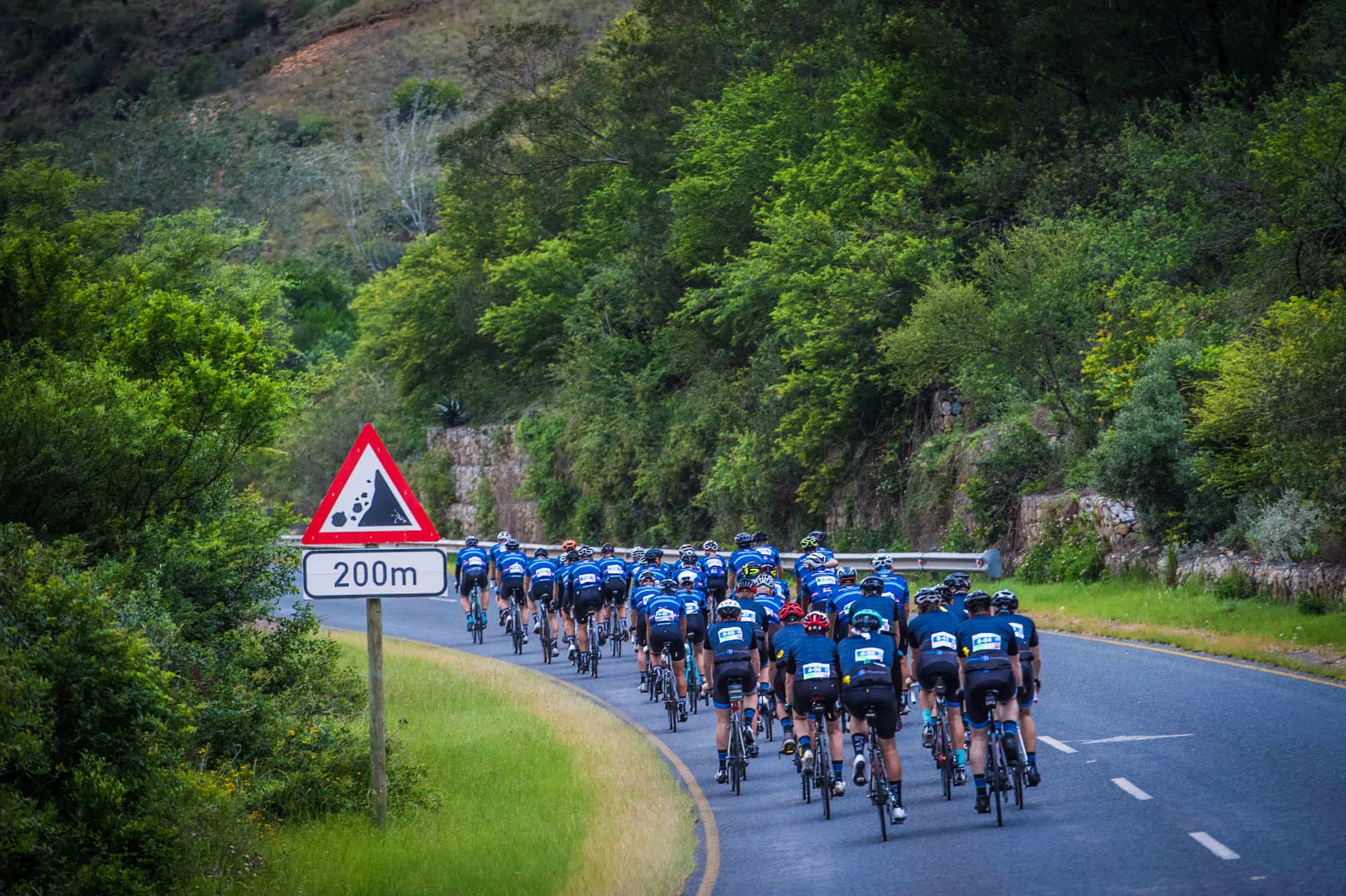 Record Times All Round

The weather was remarkably kind to the 280 teams that tackled the 2019 Coronation Double Century.  Flip through the photo gallery below, and you will see happy, smiling faces, on the whole, compared to previous year’s overheated masses. It was warm – low to mid-30s towards the end – but instead of the ubiquitous South Easter, a Westerly wind made the trek from the top of Op de Tradouw to the Robertson circle uncharacteristically tough, but made the finish, and its triple-sister whammy of brutal hills, a comparative breeze. 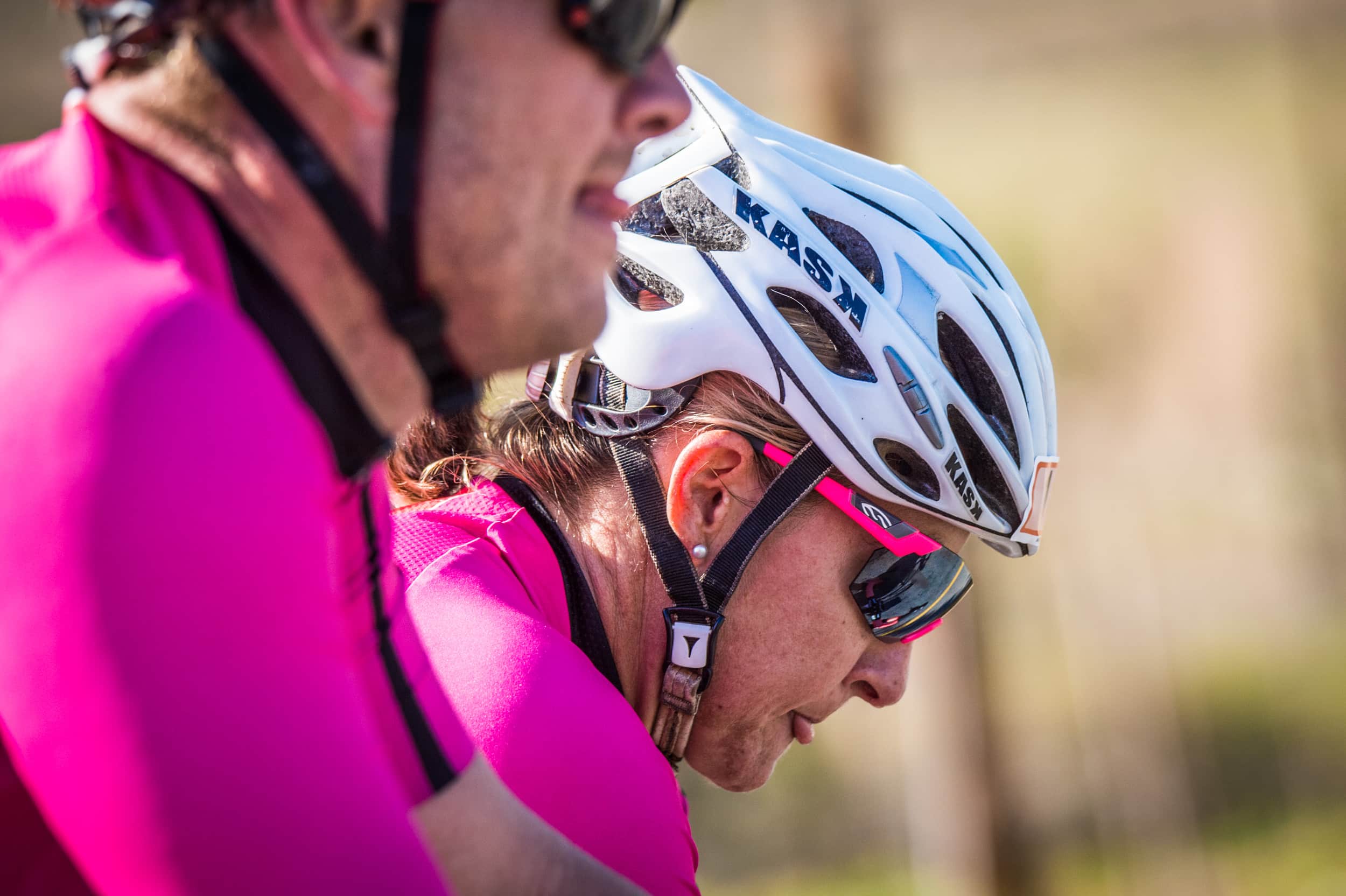 At the sharp end of the field, the usual suspects came back to play, with Active Bodies not only retaining their title, but improving on their 2018 time by over 8 minutes, in spite of losing powerhouse Matt Beers for the first half of the route after a puncture. The depth of talent pulled through, though, as did Beers who showed his class in managing to get back to an 11-man paceline, on his own, and then contributing to the infernal pace in the second half. Alfa Body Works/Giant finished second, for the second year in a row, six minutes and 32 seconds behind Active Bodies, in a time of 4 hours, 29 minutes and 48 seconds. The Hartlief Deli/Powerbar team were third, 14 minutes and 18 seconds back.

In the women’s race, rearranging of the starting order aided the top teams in their quest to set fast times and race each other without interference from slower open or mixed teams. Lara Tennent, the ride captain for Private Client Holdings, enjoyed the difference this made to their day; “Being able to get a clear run meant we could get into our pace lines and ride our own race. For most of the race, we were actually first on the road, with just the head marshal’s car in front of us. It was amazing.” 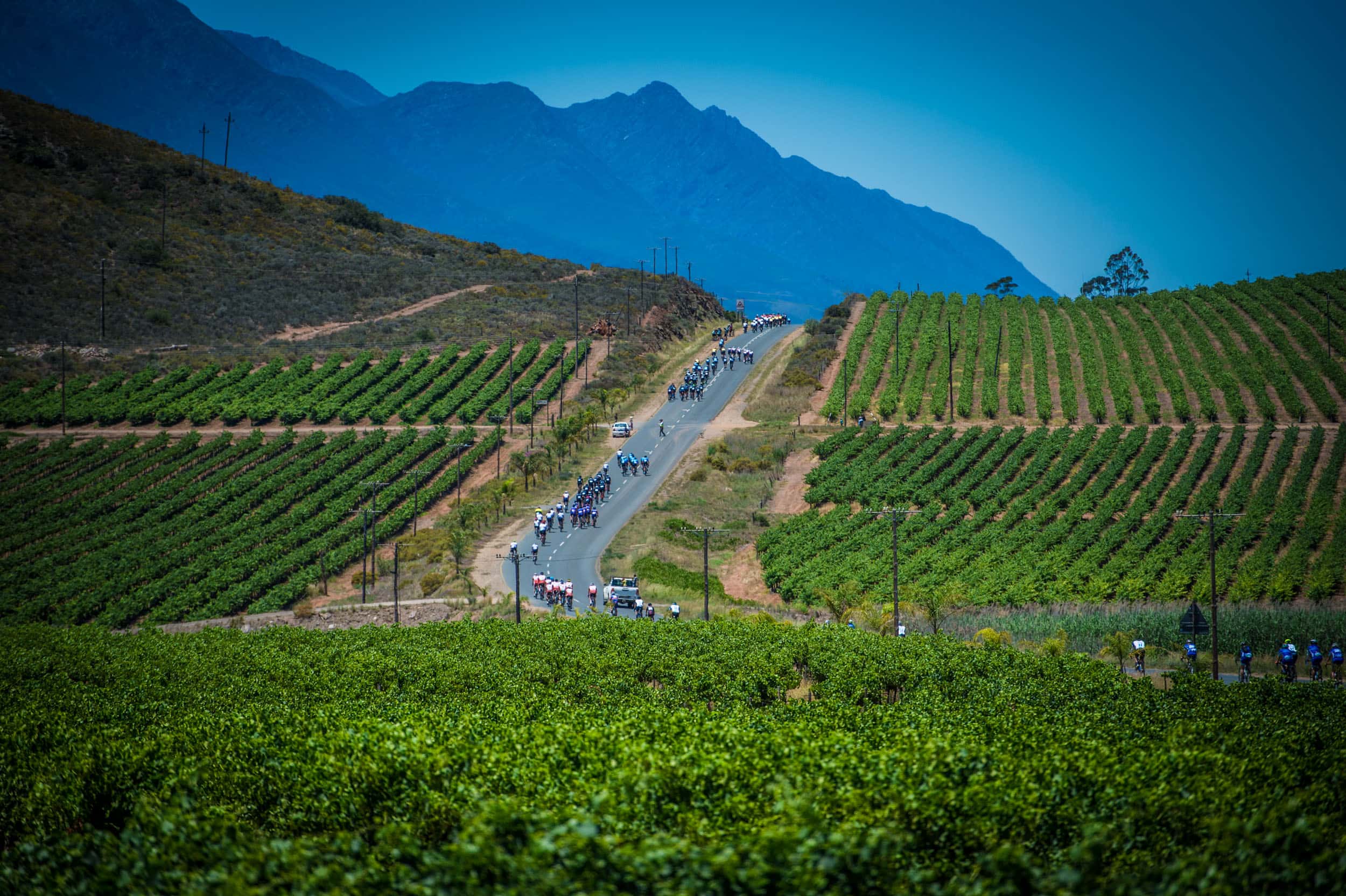 “With the changed start times and the bigger focus on the women’s race this year we were excited to give it our best shot” Tennent added.  To whit, Private Client Holdings posted a stellar time of 5 hours, 47 minutes and 2 seconds with the Tiletoria Train second in 5 hours, 56 minutes and 14 seconds and the Stellenbosch Tri Squad/Specialized team was third, as they came up just short in their title defence. 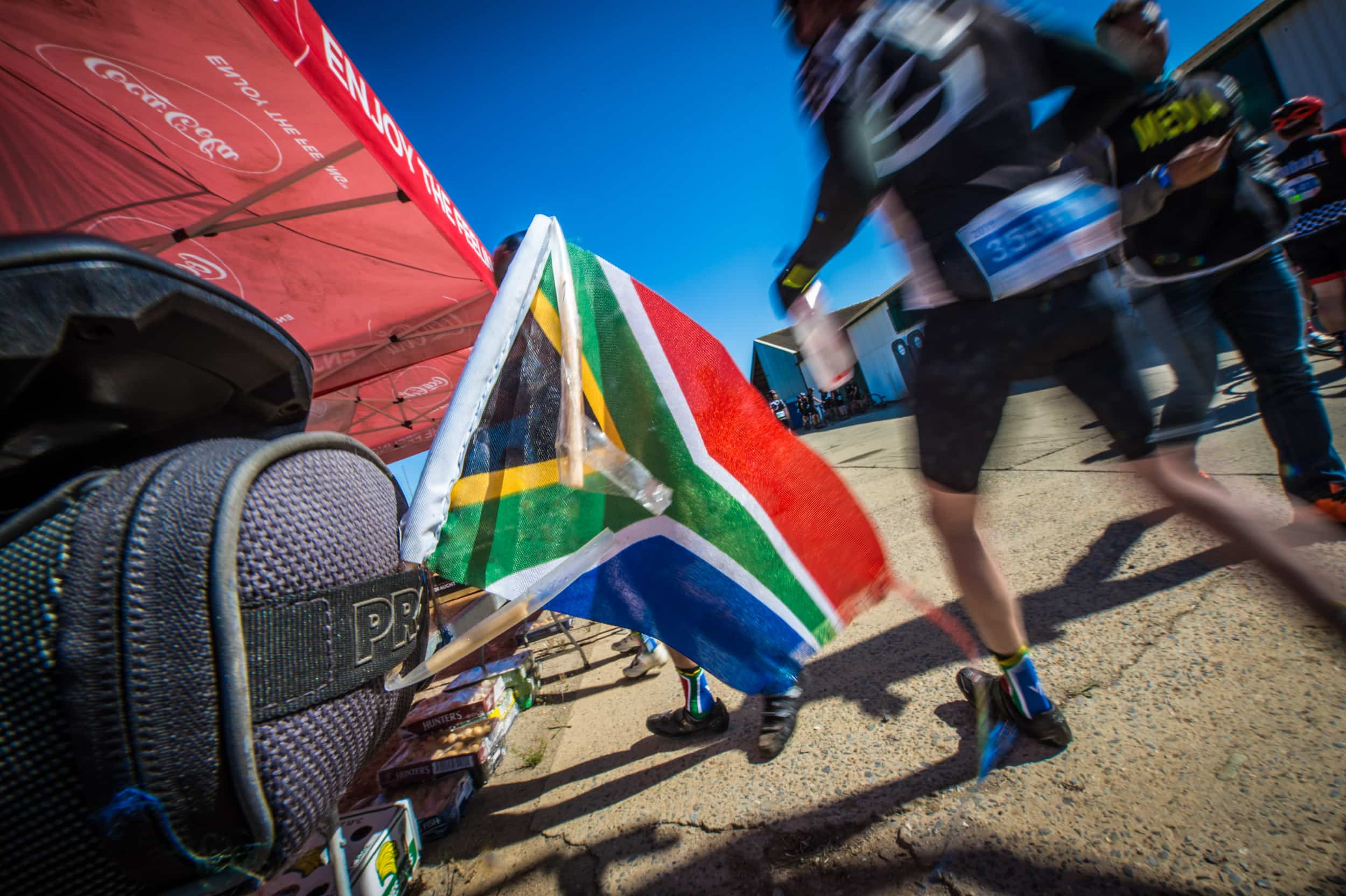 Mixed category champions, UFO, were pushed all the way back to Swellendam by the second-placed Bekker Steel Racing. With the teams spending differing amounts of time in the neutral and feed zones, it was impossible for the team from Johannesburg to tell if they had won the race, despite leading on the road throughout. Their relief, when the results were made official was palpable;  4 hours, 55 minutes and 44 seconds, 2 minutes and 56 seconds ahead of Bekker Steel Racing. The final podium position was filled by the Enjoy Dormakaba team.

The Coronation Double Century is about a whole lot more than racing, though. It is a celebration of cycling, team spirit and of overcoming. In that light, the Van Loveren Spirit Award went to the Outrider -Pure Savage team who nursed Mike Pedro home with his dislocated clavicle, sustained in a crash shortly before the Ashton compulsory stop, for a 12-rider Charles Milner Medal finish.