Sports scientists push back against the idea that EPO has no effect on performance.

Sports scientists push back against the idea that EPO has no effect on performance. – By Joe Lindsey and Selene Yeager 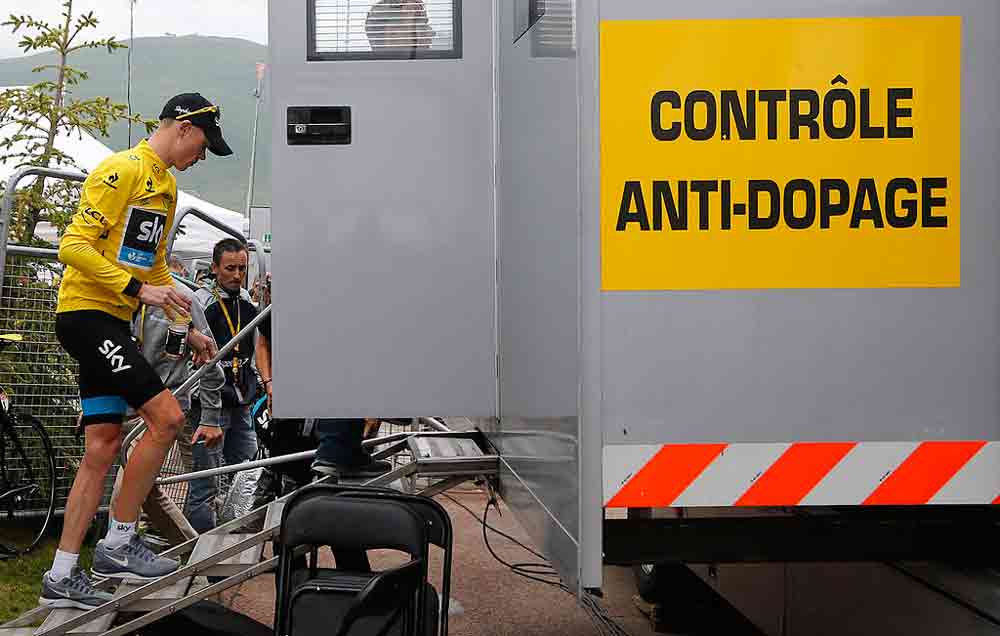 After two decades of being told that the banned blood booster EPO has had a devastating effect on endurance sports, the world got some surprising news this week from a newly-published study, which contends that EPO does not actually improve real-world cycling performance.The study, published Thursday in the journal Lancet Haematology, claims that athletes on EPO did not actually ride faster than those given a placebo treatment. It was widely covered in mainstream media, with the Associated Press and Agence France Presse running stories under headlines like “Study Shows Doping Drug EPO Gives No Edge to Serious Cyclists” (AP, via ESPN) and “Blood Doping Doesn’t Work – For Amateurs, Anyway” (AFP).But already on Thursday and Friday, pushback came from sports scientists and coaches, who were surprised by the somewhat stark terms presented by the study authors, and who questioned whether the study really shows what the authors contend it does.Dr. Mark Burnley, a physiology professor at the University of Kent and noted expert in endurance physiology, took to Twitter to criticise the study as “quite frankly, awful,” noting several flaws. (Gregoire Millet, a professor of exercise physiology at the University of Lausanne, tweeted “100 percent agree!” and Ross Tucker, the physiologist and writer known for the Science in Sport blog, also said he agreed with Dr. Burnley’s verdict.)

The Lancet Haematology study on the effect of EPO on cycling performance is, quite frankly, awful. https://t.co/6Ge6Fry25r

Several of the issues noted:

-the EPO group did actually improve compared to the placebo group; their hemoglobin concentration, maximal power output and VO2Max, among other measures, all tested higher than the placebo group. Net improvements for V02Max and Maximal power, for instance, were about five per cent improved relative to the control group, which the authors note is “in line with” effects from previous studies. In fact, in every laboratory measure of maximal exercise capacity in this study, improvements in the EPO group outstripped the control group (and in several cases, the EPO group started from lower absolute baseline values, for which the estimated difference values at study end do not account).

-The authors also measured, but did not control, the training programs of the study subjects, which were assessed only in terms of hours (average 5-6/week), distance (average 185-200km/week) and overall average power output during rides. No attempt was made to control for differences in training quality.

-Mont Ventoux, site of the field test, is often featured in the Tour De France. It also has some of the windiest weather in western Europe, which might have affected results. The day of the test, the authors noted that winds at the summit were 85 kph, and two riders from each group were unable to complete the ride due to exhaustion.

-The authors’ results focused on the effect on sub-maximal (below threshold) performance.

That last one’s key. Much was made of the fact that the EPO group was, on average, a few seconds slower than the control group in the uphill time trial on Ventoux. But that was a sub-threshold effort, not a test of maximal performance . (And it’s a little puzzling that four supposedly trained amateur athletes got so fatigued they were unable to complete a sub-two hour ride at sub-maximal intensity.) This is important because EPO’s impact on maximal efforts is why it’s likely so effective.

One of the ways that EPO is thought to work is by improving an athlete’s ability to do repeated above-threshold efforts and still recover in the race, partly by increasing lactate buffering capacity. The data from the new study, as with previous ones, supports these maximal intensity improvements. In terms of sub-maximal work, one of the primary benefits showed by EPO use in previous studies was increased time to exhaustion, which the new study did not measure.

Basically: the effect of EPO may depend on what you’re measuring, and the authors of this study focused on a different measure than previous studies: one that likely doesn’t have as much to do with performance in actual races. As with this study, most previous work on EPO’s effect on performance tested both sub-maximal and maximal efforts. The results aren’t uniform, but they do have broad similarities, including that the effect of EPO seems most visible at maximal exercise intensity.

“The limiting factor to performance in recreationally fit subjects is likely to be different to Tour de France riders, who train and race for 4 to 5 hours a day,” says Dr. Rob Child of the Elite Sports Group, which counts several pro cyclists among its clients, including two-time Tour stage winner Steve Cummings. For Tour pros, Child says, “oxygen-carrying capacity could be more of a performance determinant than in recreational athletes, who might be more limited by cardiac output, respiratory muscle fatigue, or lack of fuel availability.” And that’s particularly important when we consider that so much concern about doping relates to pro cyclists and other highly trained athletes.

Most coaches—and riders—would argue that what separates very good cyclists from great ones is what happens in those key max-effort moments: the ability to put down an above-threshold attack on a climb and then recover at or slightly below threshold. Even the data from the new study suggest that these factors are affected by EPO use.

This study got noted because it pushes back in the face of existing scientific research and also the anecdotal evidence from endurance sports like cycling. But it’s worth noting that those results are focused on one element of physical performance—sub-maximal efforts—that may not be directly relevant to how EPO actually improves performance, especially in elite or highly trained athletes. Ultimately, faced with the other scientific research and with 20 years of direct evidence of the effect of oxygen-vector doping on endurance sports, we’d have to say: it’s not magic, but EPO almost certainly does work.