Willie Smit: ‘How I Got That Katusha Ride’

Willie Smit has signed for Katusha Alpecin in a dream move. But he nearly gave up the ghost earlier this year. – By André Valentine 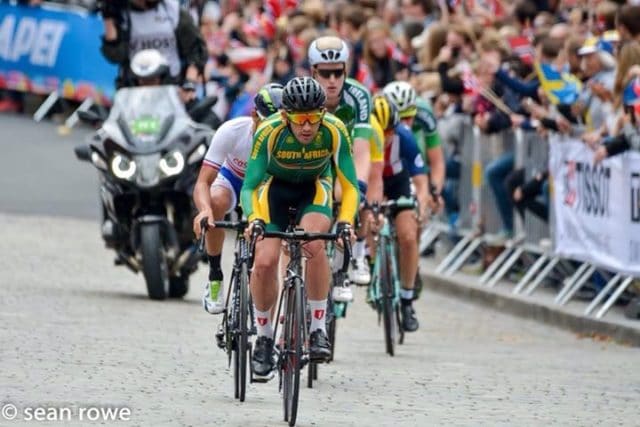 AC/DC said it best. It’s A Long Way To The Top (If You Want To Rock ‘n’ Roll). It’s the same thing when you want to ride a bike, and even more so if you’re Willie Smit.

By now you’ll know that Smit has signed with UCI Pro World Tour team Katusha Alpecin. You might also know, that Smit had a tough childhood, With repercussion that have followed him into his adult life and hampered his career as an elite racer. But the 24-year-old is a tough son of a bitch, and has earned every single thing that he has achieved with blood sweat and tears.

He however came close to quitting cycling this year, despite winning numerous local stage races, a pro continental stage race and the African Championships road race. He speaks to us about how his deal with the Russian team came about, why he wasn’t signed by Team Dimension Data and what the first Russian words he intends to learn are.

You had a great season with Road Cover in 2017. Did you feel that something this big was on the cards?

No. I was very close to quitting cycling. I went to Spain thinking I’d just finish the season there and if nothing comes of it, go back to studying in 2018. Perhaps finish my law degree.

What were you doing in Spain?

I spoke to Barry Austin, my old team director, who organised a club to ride for there. An amateur team with a good setup called Rias Baixas. I just wanted to just get out of SA for a few months. I wanted to enjoy some international racing.

So you rode for another team while being signed to Road Cover. How does that work?

Well to do this you need a release letter from your federation and team giving you permission to race for another team in Europe. I got this letter.

Were you hoping to get a big deal while you were over there?

Not at all. Going to a club team at my age theoretically you had no chance of getting into a World Tour team. The chances of that are about 10%. I had other offers from Professional Continental teams, which is great, but Pro Tour is like the Formula One of bike racing.

How did the Katusha deal come from this?

When I arrived in Spain the family of the team director Marcos, took me in. I thought I would just stay in their house for a week until I could find an apartment. But they took a liking to me and said because I’m only in Spain for such short period, they would like me to stay as long as I want. They even fought with me when I brought my own groceries home. They taught me Spanish and really made it easier to cope with everything. After three months I’d already won 16 races in Spain. But one particular race I won really impressed Marcos. It was the Vuelta Lyon and it finished up a HC climb and I managed to lose just eight seconds against some of the best climbers in Spain. He immediately got on the phone without my knowledge. Next thing I knew he had opened doors that weren’t there. I am really grateful to him for that.

Did they just call you up and offer you a deal?

No. Perhaps on small amateur and Continental teams just call you up and offer you some kind of contract or agreement. Pro Tour level is a whole new thing. If you’re a new kid on the block they’ll first like to look at your history, get to know your personality. Check out your training history and most importantly have a look at your blood work and history. It’s a deal that takes quite a lot of time, trust and pressure.

Did it happen right after world champs?

The deal was done long before. It would be quite funny if Pro Tour teams signed any rider that has a good ride in one particular event and have the ability of doing it in one day without having any access to his training or medical data.

With Di Data being Africa’s premier cycling team, it seemed that they would be your likely next destination. Is there a reason this never happened?

When I applied to be part of the continental team in 2015 they said I didn’t meet the requirements. I would love to be part of such great initiative and what Douglas Ryder has built. But Di Data has extremely good riders in the team. And I cannot expect to just get a contract from them due to my nationality. I have to earn it. And in my opinion I believe I haven’t been good enough yet. I have very high standards and I believe that I can easily be more than 8% better than I am now. But things in life have been holding me back and it seems that I’ll be rid of that in 2018.

How much of a step up is this from where you were at Road Cover?

World Tour level is a whole new level. Its not something you can compare.

At 2017 Road World Champs you were in the break but had some trouble and couldn’t get any nutrition. Who was supposed to be looking after you during the race?

I dropped a bottle in the first feeding zone. And it seems the Shimano backup motorbikes and car had no liquids. So I had to wait a lap until we passed the feeding zone again. Luckily it was quite cold so it wasn’t a problem at all.

Now that you’re with Katusha there’ll be some perks you didn’t have on the Continental scene? Unlimited kit and lots of bikes is one of them. Are you looking forward to that?

It’s going to be like anything in life. If they see you misusing the system they won’t be very happy and it will say a lot about your character. Regarding bikes, well I’ll have a Road and TT bike I keep at home. And whenever I travel to races they’ll have bikes ready for me there so that you don’t always have to fly with your bikes.

And will the money be decent?

I can’t say. But when you’re paying 45% tax you’re not as well off as you think.

The last time we spoke you talked about the tough life you had growing up. Do you feel like you’ve finally caught a break?

I think what makes it really special is the fact that it’s came at just the right time after eight extremely difficult years. Also, the fact that I’ve never had to kiss ass to get a contract. And that I’ve done it with the support of people that had nothing to gain from me. And I was signed on my ability as a rider and not whom I know.

How much of it is down to whom you know?

It depends. I knew no one and made a name for myself within three months. Sometimes it is just luck. But 80% of the times you also need to know the right people I guess.

No and yes. For the first time in my life I can look at my grandparent in the eye and feel like I’ve accomplished something. But I’ll feel like an accomplished rider the day I stand on the start line of the Tour de France.

What are your expectations for 2018?

Not sure at all. I still need to find my feet and it is a big step up. My first objective would be to gel well within the team. Represent Katusha-Alpecin to the best of my abilities. And try and get a contract extension.

What are you looking forward to with your new team?

To learn as much as possible from World Class rider like Marcel Kittel, Tony Martin and Ilnur Zakarin. Oh yes and not worry about self-funding anymore.

What challenges are you expecting?

The distance of the races and speed will be something that takes time to adapt to, and trying to hit 68kg so that I can be competitive on the climbs.

There’s talk that a Grand Tour could be on the cards in 2018?

Yes. But that all depends on your form, health and injuries.

Have you started taking lessons in Russian yet?

No. But Ill be sure to learn “slow down” in Russian before our first training camp in December.