These dream aero bikes will make other riders stop and stare while you power past them.

Aero road bikes are becoming increasingly popular in both the pro and the amateur racing peloton, and there’s a very good reason – they’re fast. This extra performance often comes with a pretty substantial compromise, though: loss of pliancy. But the Madone nullifies this by employing an IsoSpeed decoupler (a device that essentially allows the seat tube to flex, like suspension). It works.

The power delivery is immediate, and the sound from the drivetrain and aero wheels adds to the sensation of speed. Ah yes, that noise… the sound effects from the wheels are simply amazing – TIE-fighter-like, in fact – and they coerce you into pedalling harder and harder, until you near an anaerobic state and have to tap off. It’s that addictive.

Aero by design, the proprietary integrated front and rear brakes work very well. Stopping power is modular and effective, and requires very little assertive input when coming to a halt.

The Trek Madone is without doubt one of the fastest bikes currently on the market. What makes it so special – apart from the stealth-jet looks – is its versatility, particularly when it comes to the relationship between speed and pliancy. Fact is, it does both very well. While it’s fast, agile and comfortable in almost every situation, it’s also an intriguing thing to look at, with incredible detail and exquisitely crafted components.

In fact, no matter what your intentions and aspirations as a cyclist, the Madone is worth a look. It’s a game-changer. 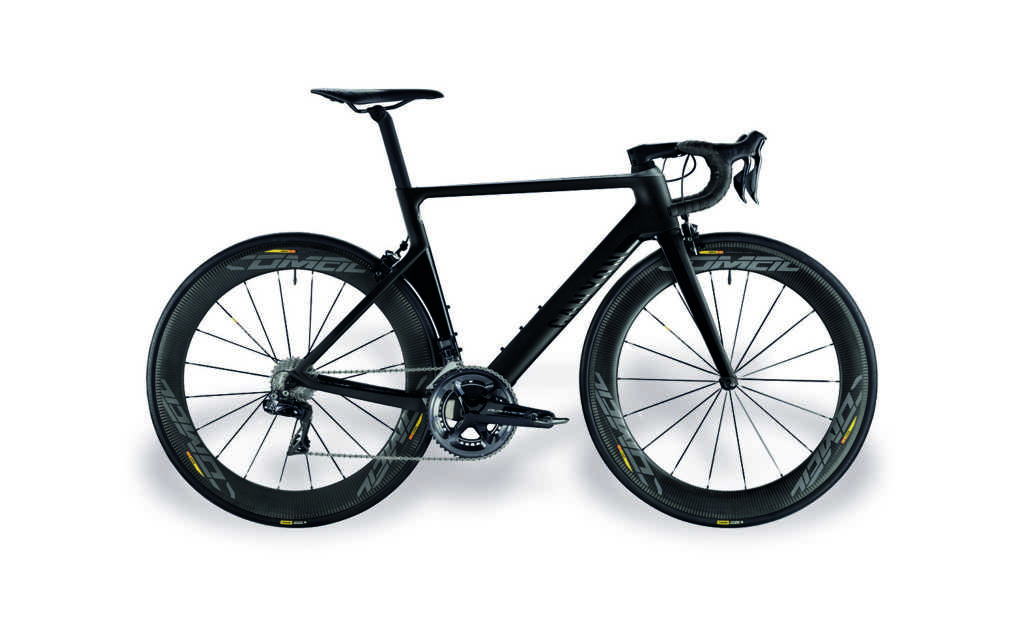 A bike that looks fast even when it’s standing still – it’s all kinds of badass, without doubt. Look at those aero tubes: Canyon says they save 13.5W at 45km/h compared with the previous version. And we believe them.

The direct-mount brakes stop well, and allow the bike to accept up to 25c tyres. The steering is nimble and precise – and on the faster end of the spectrum, but you’ll get used to it. Pedalling pick-up is quick, with no lag or loss of power. The one-piece bar/stem is comfortable and versatile, and the hidden cabling and Di2 box are nice nods to small aerodynamic gains.

This bike feels fast. Of course, that is a subjective notion; but if a bike feels fast, chances are it is – even if that’s only because it gives you a mental edge. 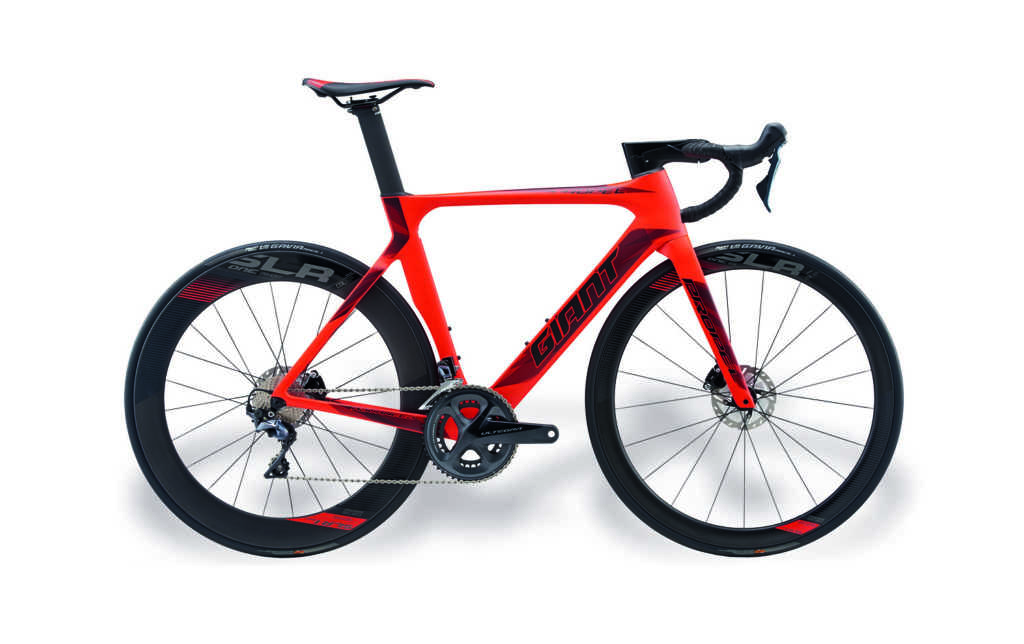 Giant’s new Propel Disc was first seen at last year’s TdF, where green-jersey-winner Michael Matthews raced it on several stages. The Disc shares no tube shapes with the previous-gen Propel, but its truncated-airfoil design is similar to other aero road bikes: rounded leading edge, flat back.

Consequently, part of its aerodynamic benefit comes from the frame-specific bar and stem, with hidden derailleur and brake lines.

Wheels are also part of the story, with a 65mm-deep rear wheel on all models. Up front, a 42mm-deep wheel to balance aero with cross-wind stability. Compared to the old rim-brake Propel, the Disc shows about a 10-watt improvement at 40km/h. 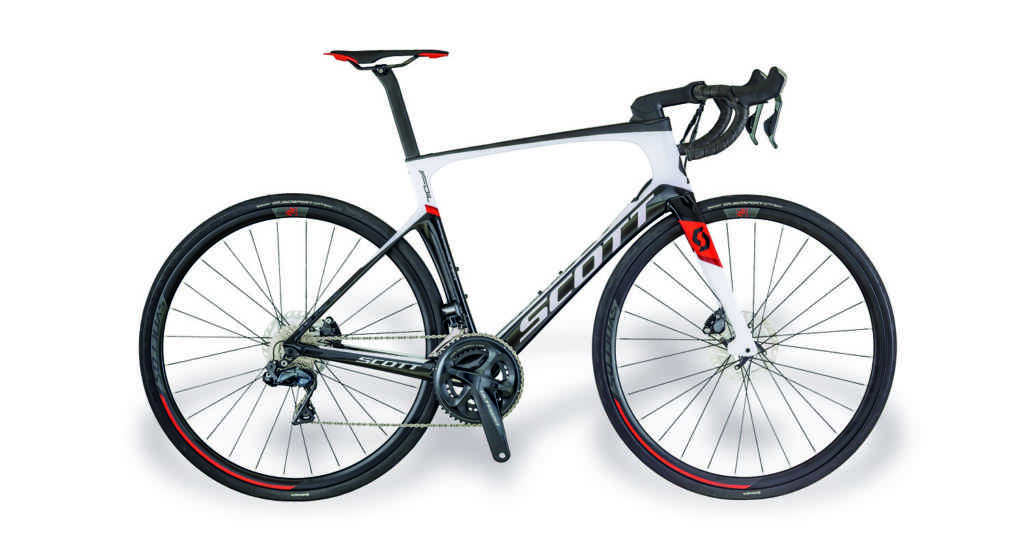 Another in the growing field of disc-brake aero road-racing bikes. And this bicycle is two-thirds new: the main triangle is the same as that of the existing Foil for rim brakes, but with a new fork and rear triangle.

Scott estimates that adding disc brakes to a bike incurs a three-watt penalty. But their product team wanted the disc Foil to be as slippery through the air as the rim-brake Foil, so they set about finding ways to regain the lost three watts.

Weight is another disc-brake penalty Scott sought to minimise with the Foil Disc. A one-piece fork – not using the bonded-in dropouts of Scott’s forks for rim-brake bikes, but with continuous fibres from dropout to steerer – allowed them to build a disc-brake fork that was just 15 grams heavier than the rim-brake Foil’s fork.