Stage 5 of the 2020 Tour de France looks custom-built for the puncheurs like Wout Van Aert and Julian Alaphillipe. 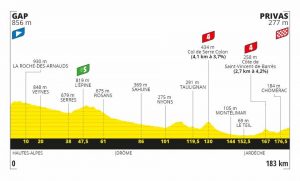 Stage 5 takes the race away from the Alps on a 183km ride from Gap to Privas, in the beautiful Ardèche region of France’s southern Rhône Valley. The generally downhill route bumps and winds its way west, with an early Intermediate Sprint in L’Épine and two Category 4 climbs later in the day. A break should go early, but with Stage 4 essentially being a “rest” day for the sprinters’ teams, it won’t be given enough of an advantage to stay away to the finish.

Stage 5 has an interesting finale, with the Category 4 Côte de Saint Vincent Barrès only 16km from the finish and therefore a perfect spot for attacks from riders hoping to thwart the sprinters. The race descends from the top of the final climb down toward Privas, but the road begins to climb again with about 5km to go.

The road drags uphill until the final kilometer, with several roundabouts and corners to keep things interesting. The chance of a headwind means riders will have to time their sprints until the last possible moment so as not to fade too early. The winner of Stage 5 is likely to be a sprinter who’s able to freelance a bit, bouncing around to different wheels if his lead-out falls apart on the uphill drag to the line. 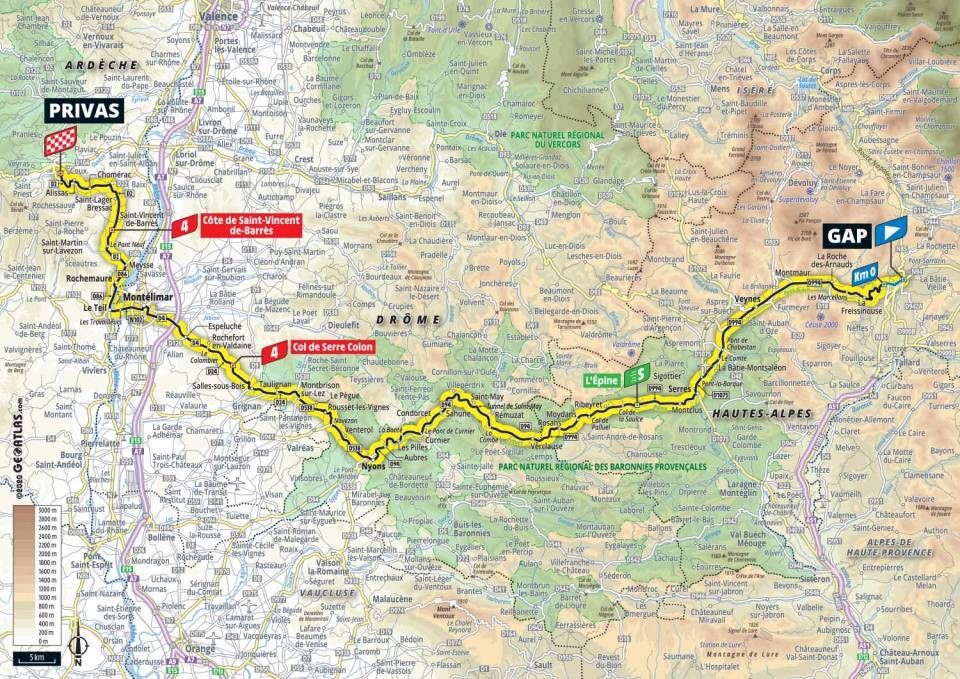 Barring mishaps, Deceuninck – Quick-Step’s Julian Alaphilippe should have little trouble defending his yellow jersey—and given the profile of the final 20km, he might even extend his lead with another stage win or podium finish.

With a slightly uphill finish, this is a perfect day for someone like BORA-Hansgrohe’s Peter Sagan or CCC’s Greg van Avermaet. But don’t overlook Lotto-Soudal’s Caleb Ewan, who won a stage on a much tougher uphill finish at the UAE Tour back in February. After a tough opening weekend, Ewan’s confidence has been restored after his win on Stage 3. Assuming he makes it over the final climb without burning too many matches, he should contend here as well. The best rider to watch, though, may well be Jumbo-Visma’s Wout van Aert (if he’s not charged with protecting his team’s GC captains), who’s always a threat on a stage with a climb in the final 20km and a tricky finish. That is presuming Alaphillipe isn’t feeling greedy.